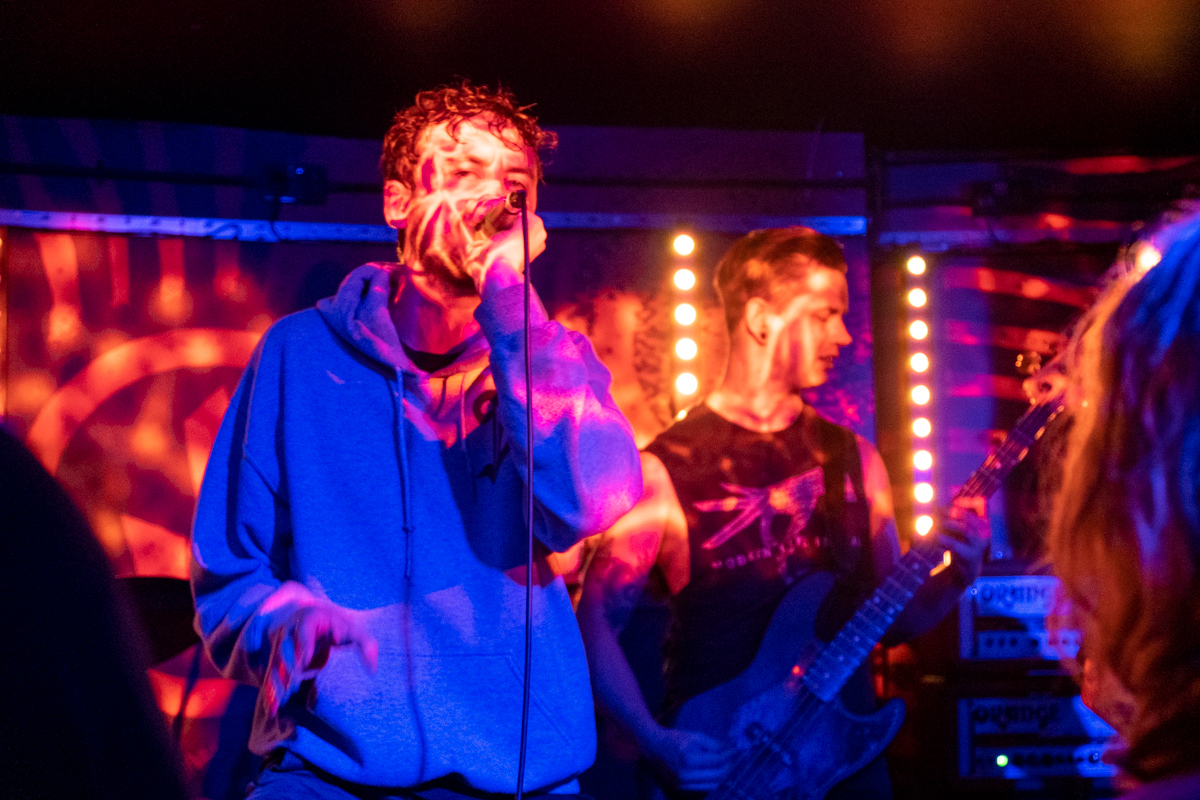 Jimmy’s downstairs venue is one of those black and slightly battered spaces that creates the perfect environment for the appreciation of mad noise.

The layout places the stage around a corner from the bar, so the audience’s communion with tonight’s crew of hardcore artists is direct and uninterrupted.

It’s a surprisingly sparse crowd, given the buzz about headliners Palm Reader – surely Mac DeMarco can’t be to blame for depleting the pit population at a gig like this?

But the venue not being rammed doesn’t kill the atmosphere as a dedicated crew of appreciative metalheads are there, a handful doing the moshing thing surrounded by a wall of intense nodders.

Lure In, a metalcore five-piece with dual Liverpool/Manchester citizenship, kick things off in uncompromising style, showing an appetite for dissonance and unexpected sonics that could almost put them in the post-punk camp.

Anyone seeing Bleach expecting the East Anglian shoegaze, American Christian rock or Japanese punk bands that have shared that name will be in for a shock but there’s no denying their power and commitment. Their set was a full-on sonic drubbing from start to finish, delivered with deranged and deranging urgency.

Then post-hardcore Brighton-based We Never Learned to Live entered the fray with eerie space rock overtones and launched into a performance that at times seems to stretch time itself into weird shapes – such is the effect of massive sound at close quarters. There’s poetry in the noise, melody in the racket – a band with heart.

And it’s time for headliners Palm Reader, launching into a commanding crunchy start with Internal Winter. In a set drawing heavily on acclaimed 2018 album Braille they demonstrate why they’re getting serious attention as a band to watch. Roaring and tumultuous for sure, but there’s depth and emotion to all the songs.

Whilst delivering continual finger-in-the-light-socket energy the tracks have the compelling aspect that comes from skillful songwriting – this is a band that attends to its craft while bringing the delirious mayhem.

The sound isn’t ideal, with vocals in particular getting lost in the wall of sound, but hearing demonically-grinning Dan Olds’ percussion to the fore is a pleasure – not for nothing is he rated one of the best new drummers out there.

The monumental melodic build A Lover, a Shadow makes for a suitably transcendent finisher.

For those that made it this was a delicious taste of a rising band in a great programme. 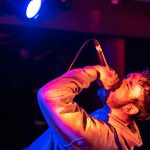 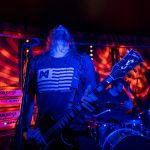 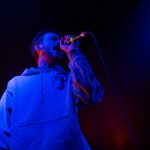 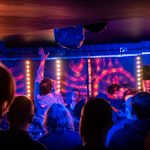 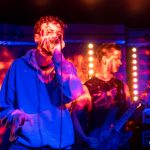 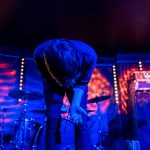 We Never Learned To Live 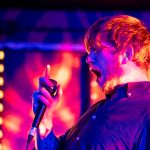 We Never Learned to Live 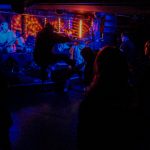 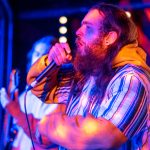 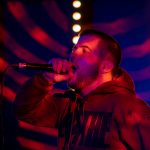 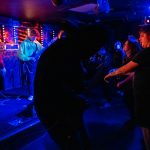 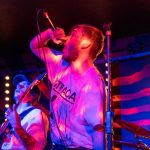 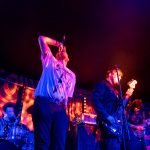