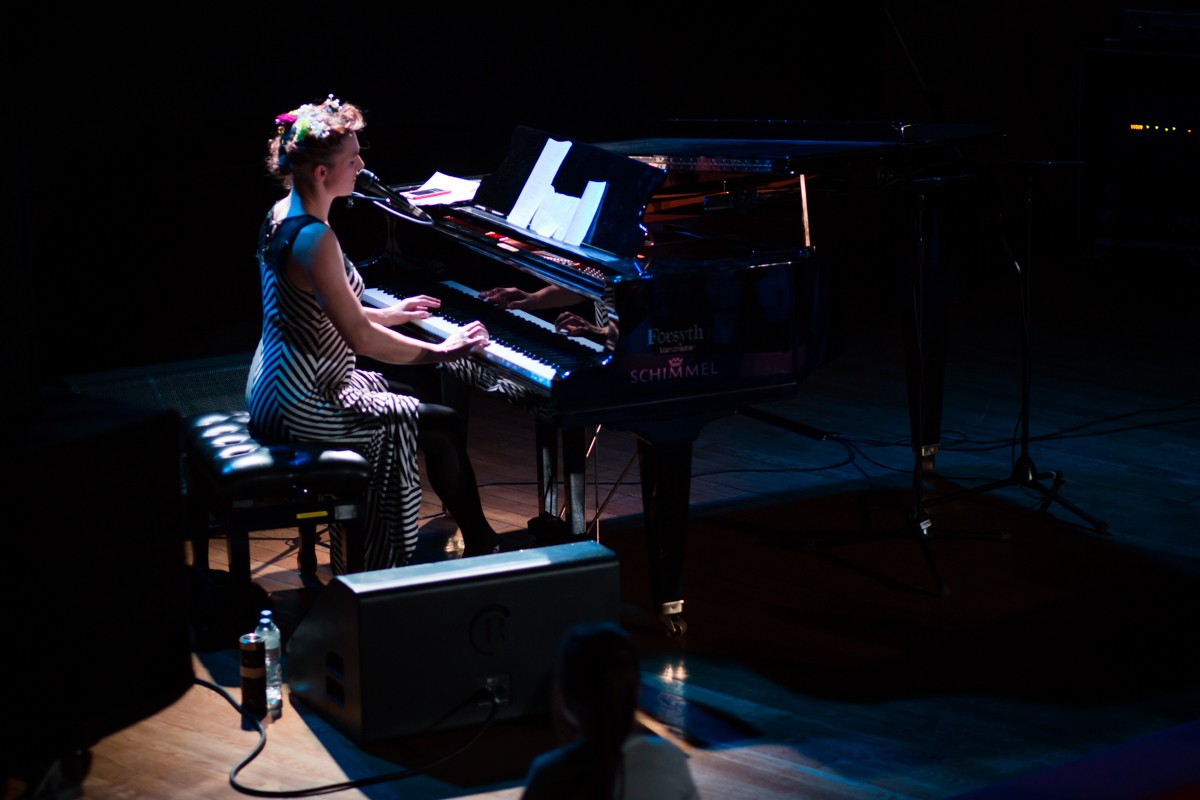 Ahead of Amanda Palmer’s performance in Manchester’s Albert Hall, Getintothis’ Amelia Vandergast looks at her Patreaon funded new album, There Will Be No Intermission, and looks forward to the show.

In March 2019 Amanda Palmer (Dresden Dolls) released her most powerful record to date, There Will Be No Intermission. The time has finally come for the UK to witness the American performer bringing her profoundly intimate and indulgently dramatic solo piano show to the stage.

With cinematically candid songs about abortion, death, and climate change on the setlist, her tour dates are a rare opportunity to confront the full-frontal terror which comes alongside being human.

That may all sound very depressing but allowing our mortality to linger like an ungracious elephant in the room as we pretend it’s not there is infinitely more dismal.

Amanda Palmer makes a habit of aurally uniting people and in an increasingly isolating world.

Her efforts to change our tendency to only connect through a façade aren’t just appreciated, they’re necessary.

As one of the 15,000 people who fund Amanda Palmer’s creativity via her Patreon, I’m also one of the people who gets to understand that the current infrastructure of the music industry often limits an artist’s potential.

With no label to answer to and her money coming directly from her Patreons, she utilises the freedom to connect to living and breathing societal anxiety.

Take for example her latest single Everybody Knows Somebody which was written after the spate of American mall shootings.

Through her spontaneous reactionary creativity, she accumulated collective pain and reflected it at us through an endearing ukulele melody and a lyrical reminder that the world isn’t as divisive as the mainstream media would have us believe.

If you consider the difference between collectively informed visions creating art and prosaic individualistic egocentricity, you’ll find the distinction in Amanda Palmer’s music.

Artists who affix themselves on pedestals will always struggle to find intrinsic meaning to give back up there.

On Amanda’s 2019 European and UK tour, she’s done everything from hosting open-air piano shows for refugees, helped to give pro-choice lobbyists in Ireland a voice, and dove headfirst in a host of climate change protests across Europe.

With an Anti-Brexit music video in production, she’s also doing her part to alleviate the frustration fed to us courtesy of our current political shambolic mess.

I for one am extremely grateful to have a self-proclaimed “commercially suicidal songwriter” as an ally.

We’ll be covering her show at Manchester Albert Hall, but while there’s still time to witness it yourself, grab a ticket to the remaining tour dates listed below via the artist’s website.