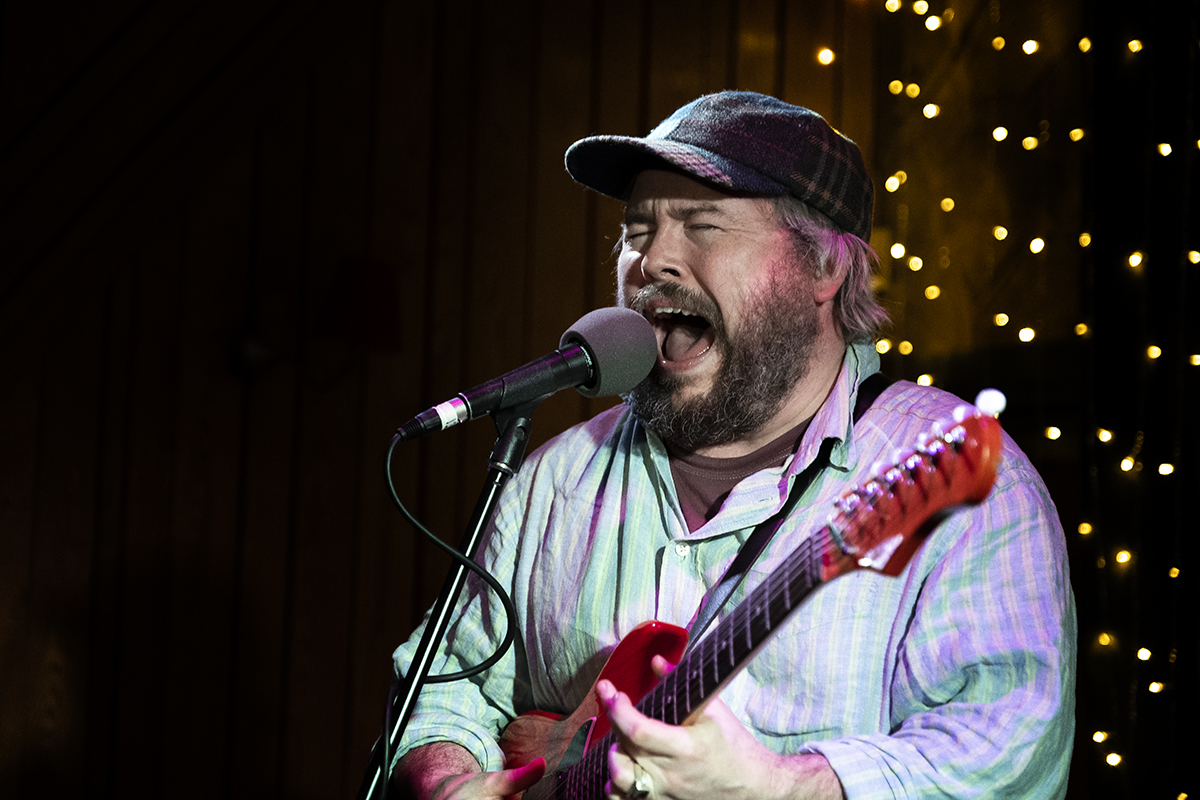 Richard Dawson arrives on Merseyside in support of his latest album 2020 and Getintothis’ Simon Kirk is there to witness a unique offering emerge.

In what has arguably been the busiest week of the year in gigs across the city, it continues tonight as Merseyside welcomes Richard Dawson. The irrepressible mind behind some of the most forward-thinking music of a decade that’s about to meet its end.

To add to tonight’s buzz, the Red half of Merseyside is well oiled, revelling in more glory after yet another last ditch winner, this time the victims being Crystal Palace on their own patch.

We mention this because Dawson knows his football all too well. In fact Dawson knows about most things whereby he may just be some sort of omniscient god.

While his 2017 long-player, Peasant, consisted of labourers, prostitutes, broth-dribblers and many more occupying a north east kingdom over 1,000 years ago, the Geordie native pulls us into the modern day with his masterpiece elect in 2020. An album which focuses on a variety of characters finding their way through the ruddy-weathered shaky terrains of modern day Britain.

These characters, not limited, to joggers, publicans, butchers, Amazon employees and a UFO enthusiast who has his wife stolen from him by a widowed broker at a fucking palates class, have their moment in the spotlight through Dawson‘s inimitable tale spinning.

We could spend the next three or four minutes telling you why we have come to the conclusion that 2020 is the one of finest of pieces of wax spooled from the pressing machine in recent times, but we’ve gladly already done that.

Instead, tonight is about seeing Dawson bestow that magic he has etched to record right here in the milieu of Studio2 Parr Street. A venue packed to the rafters with everyone from the local music alumni, hopeful ragged troubadours and, of course your average Joes. Creatures Dawson brings to life on 2020.

Consisting of members from Ex-Easter Island Head, The Aleph, open up the night with their sophisticated, skewed interpretation of bedroom pop. It goes down a treat with the local faithful, who have gathered early to see this spectacle.

With typewriters, sewing machines and dust-ridden tomes littering a stage that is reminiscent of a conventional early late ’80s/’90s home, the duo of Ben Fair and John Hering provide cuts from their two EPs, Sunspots and Pantomime. The pair close with the title track from the latter that has the crowd in quite the frenzy.

It’s a fantastic start to the evening as the ever growing audience waits with bated breath for the main course on tonight’s menu.

And we don’t have to wait long. Richard Dawson enters the stage before the clock strikes 9pm and he is joined by Pig Pigs Pigs Pigs Pigs Pigs Pigs, John-Michael Hedley, on bass and new drummer, Andrew Cheetham, in what is just his fifth show with Dawson.

Calmly, Dawson greets the crowd. His soft Geordie accented tone like a cosy blanket on a cold night, as the power trio commence with 2020’s opener, Civil Servant.

Richard Dawson’s 2020: the makings of an unbridled masterpiece

It’s delivered at a speedier tempo and with a drum break-down that sounds like dislocated free-jazz metal. Cheetham has very much found his feet.

The jagged mind-bending satire of Two Halves is glorious with the sound opened out, washing over the crowd as the odd person can been seen singing along to the words. We imagine Dawson never envisaging such a moment, but with 2020 it drips with that quality.

It’s one of the many self-deprecated quips Dawson parts with during the night and as he goes onto explain the implications of the emoji, or in this particular case, the tale of prolonged infidelity with the fitting emoji of a turd with eyeballs, we are graced with Heart Emoji.

While Heart Emoji is perhaps the slow burning grower out of the tracks on 2020, the most underrated is its closer, the sprawling number that is Dead Dog In an Alleyway which follows. Dawson nervously jumps around the stage creating an undercurrent that swells and explodes with angular pop charm. It’s the finest moment all night in truth.

Solely occupying the stage for the spoken-word-like yarn of The Almsgiver Giver, which draws the loudest reception of the night, Dawson follows it up by divulging a hilarious tale about Seabrook Crisps and gangsters from North Cumberland who founded Pringles. Who knows if the latter is true?

Scientist changes the pace from the more frenetic sounds of 2020 and fits nicely within tonight’s realm of songs.

“This is a song about flooding, Brexit and meats…”

Like most of the tracks played from 2020, The Queen’s Head has a sturdier resonance here, brimming with a proto-rock aesthetic with tumbling drums and thumping bass.

Hob sounds even more earthly than on Peasant while Dawson then unleashes the conscience stirring neo-rock waltz of Jogging. Here the band threatens to break out into a full-blown progressive metal trio, such as the fierceness it sonically portrays. The audience laps up every note and every word with religious fervour.

As Dawson wishes the audience good luck for our future endeavours, namely with a general election and Brexit on the horizon and the impending dark times looking increasingly likely, he professes that he and his band will be on their merry way back up to Newcastle.

He leaves us with the tender balladry of Ogre. For all of the panache of tonight’s set, this gentle moment feels like the ideal conclusion.

While his lyrical mastermind has been the main discussion point, tonight the way he delivers these songs are just as beguiling, deconstructing sounds and genres into something that can only be described as, well, the Richard Dawson sound.

A true original and if some didn’t think it before tonight then they are walking away thinking it now. 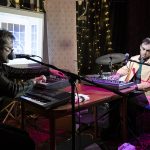 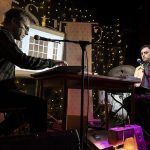 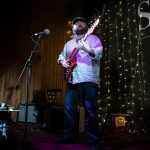 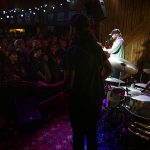 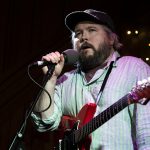 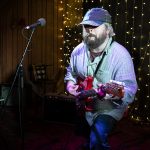 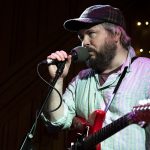