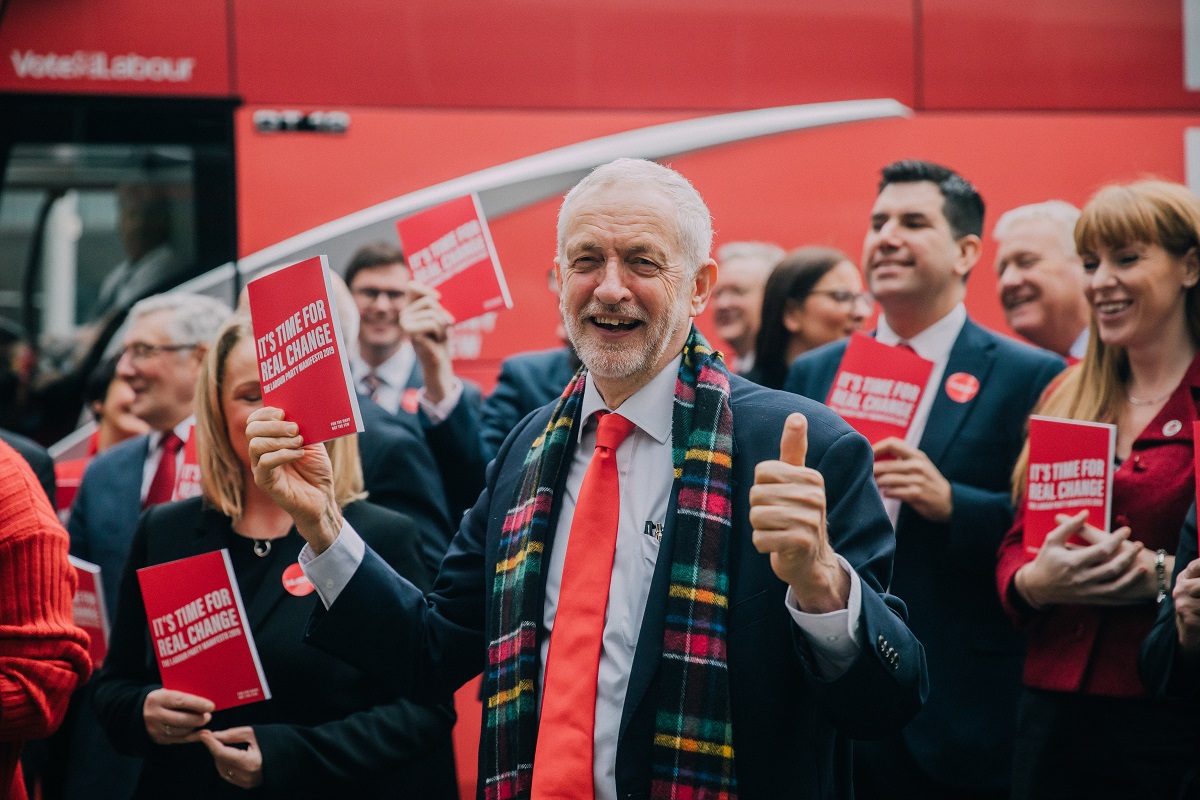 In the run up to the General Election, Getintothis’ Jono Podmore praises Labour’s manifesto as a defining statement of intent.

Let the dog see the rabbit!

The Labour manifesto is out, and such a fine, sleek bunny it is, the dogs are chasing it round the track at full pelt.

Radical! Just what the economy needs! A picture of a greener, fairer society! A defining moment!

It is an inspiring read. Grab hold of it and see for yourself.

It presents a picture of a reimagined Britain that anyone other than a cynical and privileged few could not fail to want to be involved in.

But to get there will not involve revolution, purges, pogroms or massacres of landowners that the Tories and their lackeys in the right-wing press would have us believe.

What is actually most stunning about the Labour manifesto is how moderate and how extremely reasonable is it is. Almost polite in its sensible and properly costed recognition of how a modern democratic state can survive in the 21st century.

The reason the Labour manifesto looks so radical, is that it is in sharp contrast to the deliberate destruction of the state by the racist, crypto (or not so crypto) fascist Tory vandals who have been swinging the wrecking ball at the once United Kingdom for nine long years.

Nine years that have left us divided, impoverished and an international laughing stock. If you are unhappy about the state of the UK, then there is no one other to blame than the Tories.

40 years of neo-liberalism and fire sales of state assets have taken their toll.

This isn’t Stalinist or Venezuelan propaganda; this is how a vast majority of the non-failed, non-disintegrating states around us operate.

But who is going to pay for this spending spree? Hard working city traders are trembling so uncontrollably they are in danger of losing further valuable assets from their coke spoons.

Theresa’s May‘s “magic money tree“, the most feeble excuse to strangle a nation’s services in the name of lining the narcotic encrusted pockets of her friends, is having a ladder firmly leant on its trunk by Corbyn and McDonnell.

The Blinders, Cabbage, The Rhythm Method and more join forces for Socialist Sunday

And yet… according to award-winning economist Professor Mariana Mazzucato (among others who actually know how this stuff works), Labour’s plans would bring us to spending levels ‘that are lower than France, Norway, and Sweden.’

To get us out of this mess Labour have committed in the manifesto to spending £83 billion.

That’s considerably less than the scaremongering figure of £1.2 trillion over five years conjured up by the Tories as the Labour spend, but still money that has to come from somewhere.

This is where we see the real thought and skill that’s gone into this manifesto.

The spend is fully costed and will be paid for by taxation (but not for anyone earning less that £80,000 a year, that’s 95% of us), productivity and redirected revenue.

Tax dodging for corporations will end and the hedge funds and multinationals will pay their share at last.

As it is these last two (along with a corrupt Russian network) that fund the Tory party, of course Labour will find some resistance.

Britain’s public services and local authorities have been squeezed to the point of collapse – and quite deliberately.

When the austerity programme began it was presented with homely images of tightening belts to see us through hard times. This is a hideous conceit.

A nation’s finances don’t function in any way like your personal finances, home economics or even a business.

Show this to everyone. pic.twitter.com/AxERb9L5FI

The way a government (especially one sitting on as much wealth as the UK) stimulates growth and investment in its economy is with investment, which makes the population more productive – like by having decent Internet.

Nations spend their way out of trouble, something we can’t do at home. Labour‘s projected spend is modest considering the scale of what needs to be fixed in this nation – but it will have a massive and immediate impact.