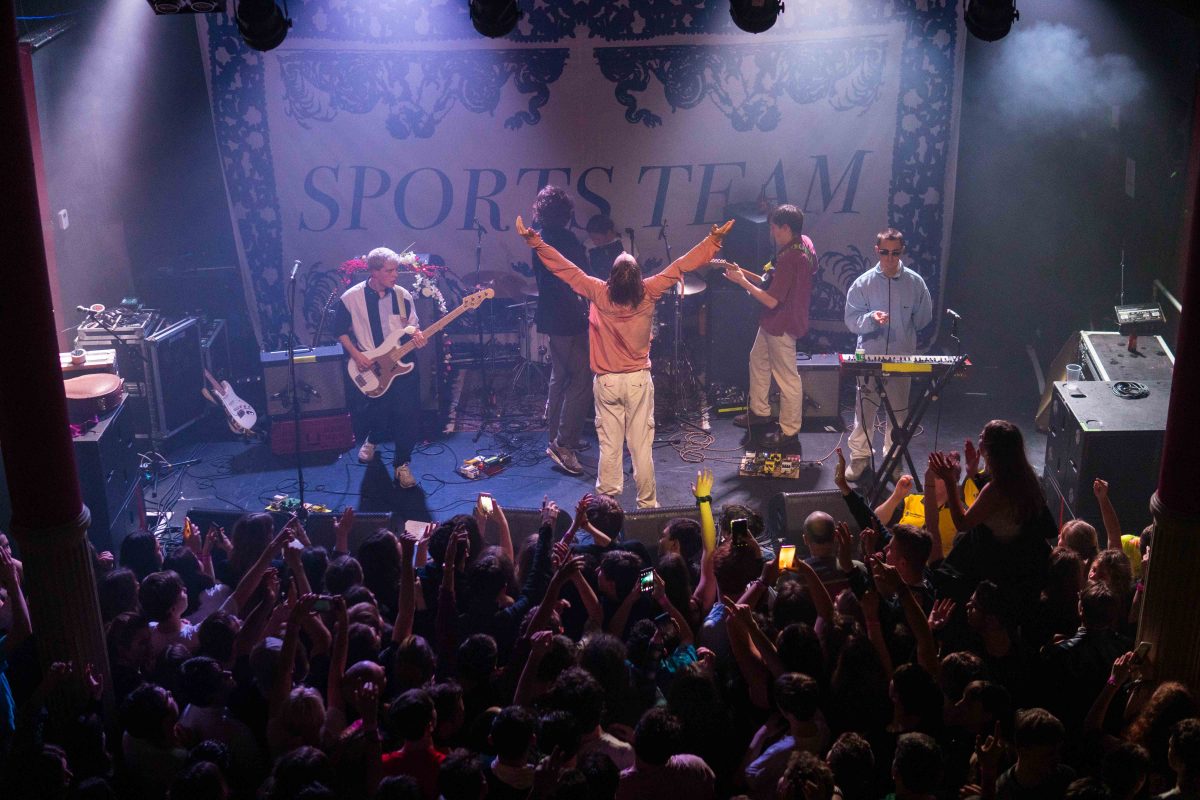 Sports Team bring their energy to an up for it crowd at Arts Club, Getintothis’ Conor Baxter laps it all up.

One of 2019’s biggest success stories took to the Arts Club to play to a sell out crowd.

Every single member of the audience could not have been more up for a gig that lived up to expectation – and then some.

We’ve covered Sports Team many times here at Getintothis, and for good reason.

After amassing a somewhat of a cult following by touring with their singles, they’ve gained plays on Radio 1 and their latest single The Races was named the hottest record in the world by Annie Mac. This led to all remaining tickets left for their date in Liverpool to sell out, along with almost every other date on their tour.

Tonight we were treated to a band with many factors which set them apart from other live acts in the same genre.

First and foremost let’s talk about the front man, Alex. His theatrics on stage create a presence that is rarely seen.

Larger than life, arms flying at one hundred miles an hour and climbing the nearest scaffold or speaker at the earliest opportunity. Hint, he usually does this when they play Kutcher.

It is genuinely a song about Ashton Kutcher and his fame as a mid-naughties MTV star. People say Sports Team’s lyrics aren’t serious enough for it to be good. They’re wrong.

Although some of their songs might be about more trivial subjects, such as driving down a motorway, their music now connects with a mainstream audience.

Sports Team prove it doesn’t have to be a song about a girl, or a song about a boy. The basis of a song can be something as simple as buying someone a “flip screen Motorola”. After all, it may just make people happier than they think.

They’re pure rock and roll live, and hearing hundreds of people singing “Jellybean air-freshener swinging in the windscreen” in harmony is really something special.

Let’s not get it mistaken, Sports Team know they may not be the most serious band around, they have a band member who plays a pivotal role by intermittently shaking a share pack of Wrigley Extra in time with the beat, and occasionally cracking open a can when there’s not much else to do.

But it’s mesmerising to see all of this play out live. You don’t know where to look. Everywhere something different is happening. Flailing arms, legs, hair, and on occasion chewing gum.

If you wanted to find Alex tonight, you would have been best off looking somewhere deep into the crowd, as that’s where he spent a significant amount of time. Interacting, on occasions at a one-to-one level while deep in the mosh pit, singing, dancing, wearing others hats, all of these things underpin the reason why they have a cult following throughout the UK.

Tonight, and we’re sure the rest of this sell out tour further show why Sports Team are on to something.

They’ve shown how quickly word and mouth can spread about catching a band live. They bring something different, an energy we don’t see often, and an underlined sense of humour which we most certainly will continue to enjoy for a while to come. Expect their album out early next year.

If not original, it certainly got the crowd going. It was also a great night for Courting who dominated the stage throughout. Not Yr Man being the pick of their songs on the night.

There was even time for some audience participation featuring climbing into the crowd and pulling out the old faithful cowbell as their final goodbye to a fantastic crowd. 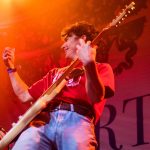 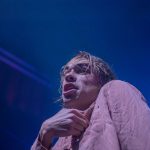 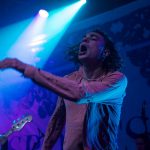 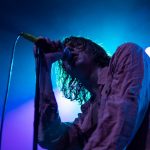 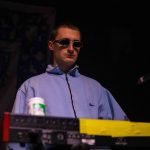 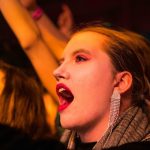 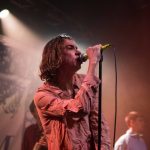 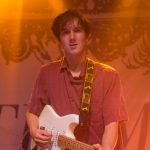 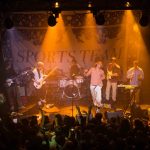 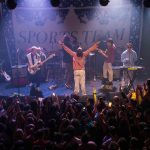