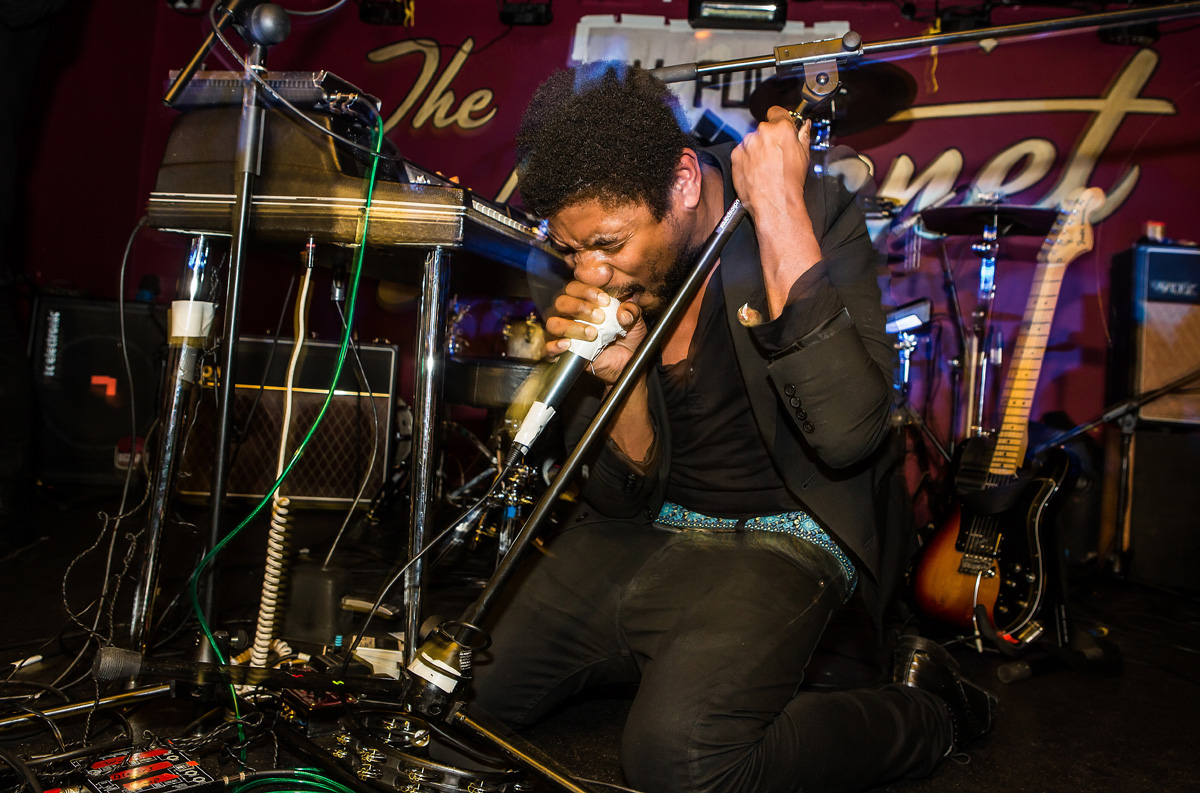 Atlanta doom rock four-piece Algiers have announced a new single and new album for 2020, along with a string of dates, Getintothis’ Chris Flack has the info.

Atlanta’s Algiers square up to lunacy and bottle a lot of rage in their forthcoming single, Void, taken from their soon to be released third long-player, There Is No Year, set for release in January of 2020.

The band may well have met and formed in London, but their move to Atlanta has given them a new view on a world where everything seems a little bit off its axis, and they have a lot to say about it.

As is probably evident from the video below, Algiers are at their most visceral in their new body of work, recorded in Atlanta, Void is a powerhouse of a track that comes in at a blistering three-minute adrenalin charging surge of pure punk rock.

Void follows the release of first single Dispossession, which The Guardian described as “powered, as ever, by the soapbox preacher vocals of Franklin James Fisher, and amplified by portentous gospel backing vocals, the Atlanta group anthemically square up to oppression.” A description that is hard to argue with.

Algiers kick off their tour on 3rd February at The Haunt in Brighton and play London, Manchester, Glasgow and Leeds as part of their UK headline tour

They then put all their kit back in a van and continue across Europe before heading onto a staggering list of North American dates. The album comes complete with a bio penned by Blake Butler, author of the novel There Is No Year, from which the album takes its name.

The opening seconds of There is No Year, are soaked in synths and they mark out a moment in time where it’s clear that Algiers hare breaking new ground, physically and sonically.

This change comes at under the direction of multi-instrumentalist and lead vocalist, Franklin James Fisher, whose voice and words deliver much of its ability to haunt your every waking moment.

His entire lyrical cannon is sourced from a self-penned epic poem, Misophonia, written as he searched for meaning amidst a seemingly very dark period of anxiety and creative turmoil.

Fisher explains it like this; “What I wanted to do is create a negative space wherein I can exist and engage but at the same time not be so exposed”  and he sees this record as an intimate response to a world where nothing is ever what you expect.

As for the record, it weaves its way from 80s R&B into proto-no wave dancefloor classic from the future, each track has an emotion to it that is tangible, this is clearly a personal piece of work.

It has involved some heavy hitters in the form of producers Randall Dunn, of Sunn O))) and Earth fame, and Ben Greenberg who has worked with Zs, Uniform, and The Men, so we should expect big things.

As for the tour, the dates are below, but they drop into Yes In Manchester on February 6th.