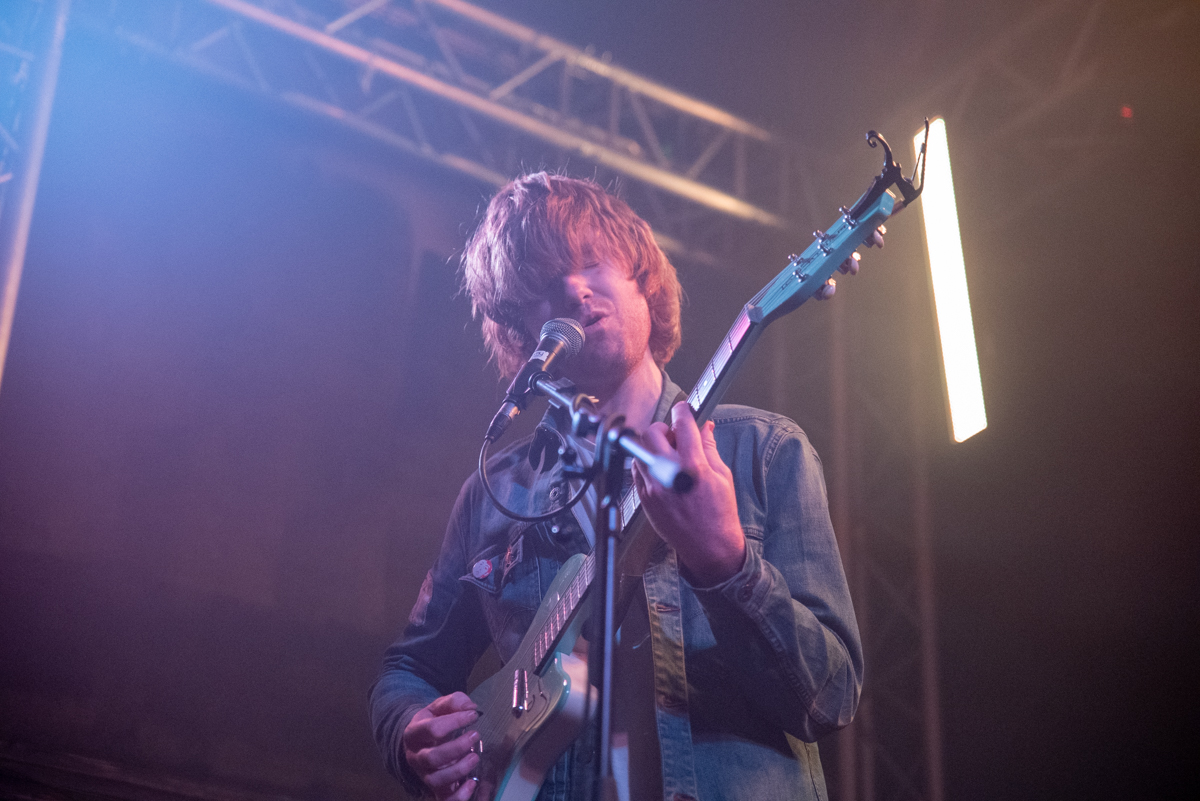 In a few weeks Liverpool will welcome on stage the story of a busker.

Life does not always imitate art, though. It can be better.

That’s why we’re at the Arts Club and about to see someone who went from playing on the streets of Liverpool until months ago to being a headliner in one of the best venues of the city – with a gigantic banner with his name on the back of the stage.

Ali Horn’s story is as special as his music, and we’re pretty excited about this evening. Not only have we been listening non-stop to Horn’s brilliant song Dreamers, but the whole line-up looks superb, with abundant Merseyside talent.

It’s always a privilege to witness the very beginnings of a music journey – and we’re not talking about Ali Horn now – back to him in a minute. We start the party with a local band that have been playing together for only about a month, having picked their name about a week ago, so when it comes to beginnings, that’s the real thing.

New Mexico – Cai on guitar and vocals, Ben on drums and Peter on bass – are young lads who met at university and make a very promising sort of indie-pop rock. This is their first proper gig, and they don’t show it, looking fairly relaxed – guys, you’re supposed to be nervous!

First song hits the right notes, telling the typical rock & roll story of “boy likes girl, girl likes boys”, squeezing an Oasis-inspired “supersonic train” in it. Cai, who’s written the songs, tells us that the second tune, quite a soft ballad, was penned on a sofa during a hangover.

That’s probably why it talks about a guy offering his girl a lullaby and suggesting they later play in the snow – we should try those in our next hangover.

New Mexico’s music is quick to understand and easy to like. When they get to Balaclava Road, things get a bit heavier, and we get a glimpse of how The Libertines would sound if they were well behaved. They finish with a song about a girl breaking a guy’s heart, then add a few seconds of John Lennon’s “Happy Xmas”.

Good. Welcome to the music scene.

COW are not here to wish us “Merry Christmas”. They’ve got two guitars that are worth four and expel enough rage to fill the whole of Downing Street.

The four-piece from Liverpool and Wales clearly have the Crazy Horse DNA on them and play ferocious grunge-inspired rock with feelings. Their somewhat slow paced rock makes you stand still, arms motionless, feet moving only slightly, while your heart beats faster and your mind spins.

Kyle Lee, on guitar and vocals, is a thoughtful angry man with a guitar. His sentiments come out through words, guitar solos and his rather sweet voice. He’s not punk angry. He’s a Kurt Cobain without the screaming, a Neil Young without harmonica.

This is clear on COW’s four-song EP, which has just been released and is being played tonight in full. “You’re so cold / You got a mind of your own / You’ve really started fucking up my mental health”, Lee sings on Sick and Tired of Being Lonely. The gentleness in his voice invites us to his strong words without any rush or pressure, in a way the late Mark Linkous from Sparklehorse used to do.

It works very well tonight, particularly when they perform their first-class single, All My Friends Are Dead to Me – after which Kyle Lee dedicates their last song to our Editor, Peter Guy, adding: “And he’s not even here…” Where are you, Peter? “Happy birthday” then closes their set with eight minutes of noisy rock, Lee on his knees, guitar on the floor, and distortion in our ears. Beautiful.

What a busy night we’re having here.

Next come the voice and the heart of Bobby West. “I’m Bobby. This is the band”, he says, and here comes a wonderful rendition of Don’t Be Polite. He sings “I know you think I’m one-track minded about you, babe / Maybe I am, I run that track everyday”, and everybody immediately knows they’re facing a man wearing his heart on his sleeve – the red rose on his microphone was a good hint.

Throughout 2019, West, from Liverpool, has been perfecting the combination of his amazing voice with the attributes of his great band – there are saxophone, two guitars, keyboard, bass, drums, all skilfully played.

By December, the team seem as together as one could be, with West increasingly comfortable in his position of commander-in-chief of the evening’s sorrows.

You’re losing it, you’re long gone is another message to a loved one delivered with potent vocal chords and a passionate heart. He’s also got an appropriately sad song for Christmas, with a typical Bobby West message for the festive season, about the “loneliest Christmas, without you to hold.” We look forward to much more from West next year, when his laments shall reach new realms of music fans.

Another interval, and there’s a real buzz before Ali Horn’s show, as everybody feels they’re about to experience something historic. So here he is, with his three band mates, not on the streets, but as a headliner in an important venue.

He starts slowly, with the first song opening as a ballad, but then everything gets big. Second song already begins with a bang, a drumming bang, then Horn’s guitar starts playing tricks and making freaky, massive sounds.

Musically we’re transported to a place once occupied by The Verve and rarely visited since. This place is slightly arrogant, expanding, coming towards us full of itself, leading us to ask Ali Horn a question: how dare you sound so good?

Perhaps he’s trying to answer that question when he confesses: “It feels weird to be a headliner”.

To all of us in the venue, however, there is nothing weird about that. At the top of the bill, Horn is where he should be. His voice is confident, his guitar playing is outstanding, and his jacket is super cool. He sounds and looks like an indie celebrity.

The @alialihorn gig last night was the perfect mix of smiles, melody and fuckin thumping drums. Boss varied line up too pic.twitter.com/VnD9TZYtMG

Having been treated with some softness on Guiding Star, the audience becomes quite fun to watch as soon as Horn announces Days Like Today. Their joy is immediate, and the song’s rhythm invites many to go to the front, jumping, embracing, performing as if they were headliners themselves.

If they are seeing Ali Horn live for the very first time – probably not –, they might be quite shocked with the extra power all songs have received. Recorded versions of Horn’s small but impressive catalogue are great, carefully produced and sonically well balanced.

On stage, though, a few powerful muscles, previously constrained by the studio’s walls, are unleashed.

I Feel Wind, in particular, gains new life, with Horn’s voice occupying every inch of the room, while the lyrics of Modern Voodoo are sung by a large bunch of ardent fans. We know the best is yet to come, and Crooked Mind is next.

A few hours ago, we arrived at the Arts Club with Dreamers in our heads, and we’ll now go home with it too, as Horn left this remarkable song to the very end – in a faster, more energetic version. We’ve searched about 100 different adjectives, in different languages, to try to find the right way to describe Dreamers. We eventually ended up with our initial choice: perfect.

It’s the ultimate tune, from the first second to the last, music and words. “It used to be such flat, cool water / Now you have changed speed / You’re approaching the waterfall / All you can do is scream.” The lyrics are inspirational, whatever they actually mean, and to hear them sung by a crowd – as it’s happening now – is quite moving.

People are happy, excited – including Horn, who knocks down the microphone, almost drops his guitar, but eventually manages to finish the song intact. Job done, brilliantly.

It’s a triumphant night – for Ali Horn, the future indie star with a proud past; for Bobby West, the voice with a heart; for COW, the band with a mission; and for New Mexico, the lads with a dream.

Each of them had their own victory, received their own Christmas present, while the audience were treated with the best gifts of all.

Santa himself could not have done better. Life has beaten art. 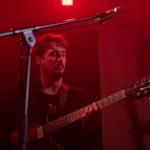 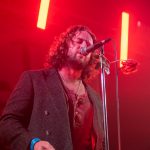 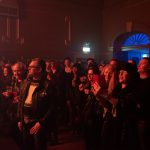 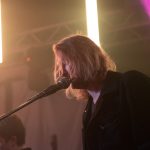 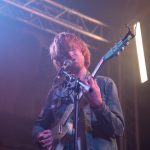 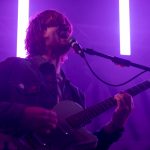 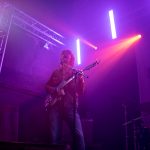 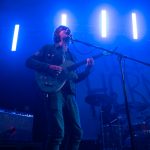 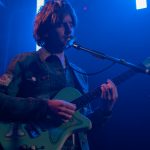 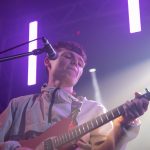 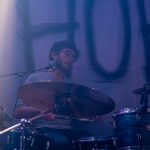 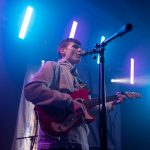 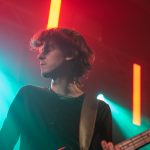 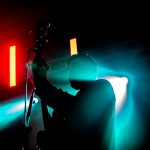 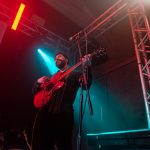 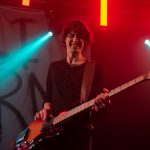 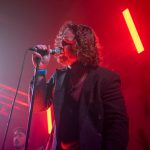