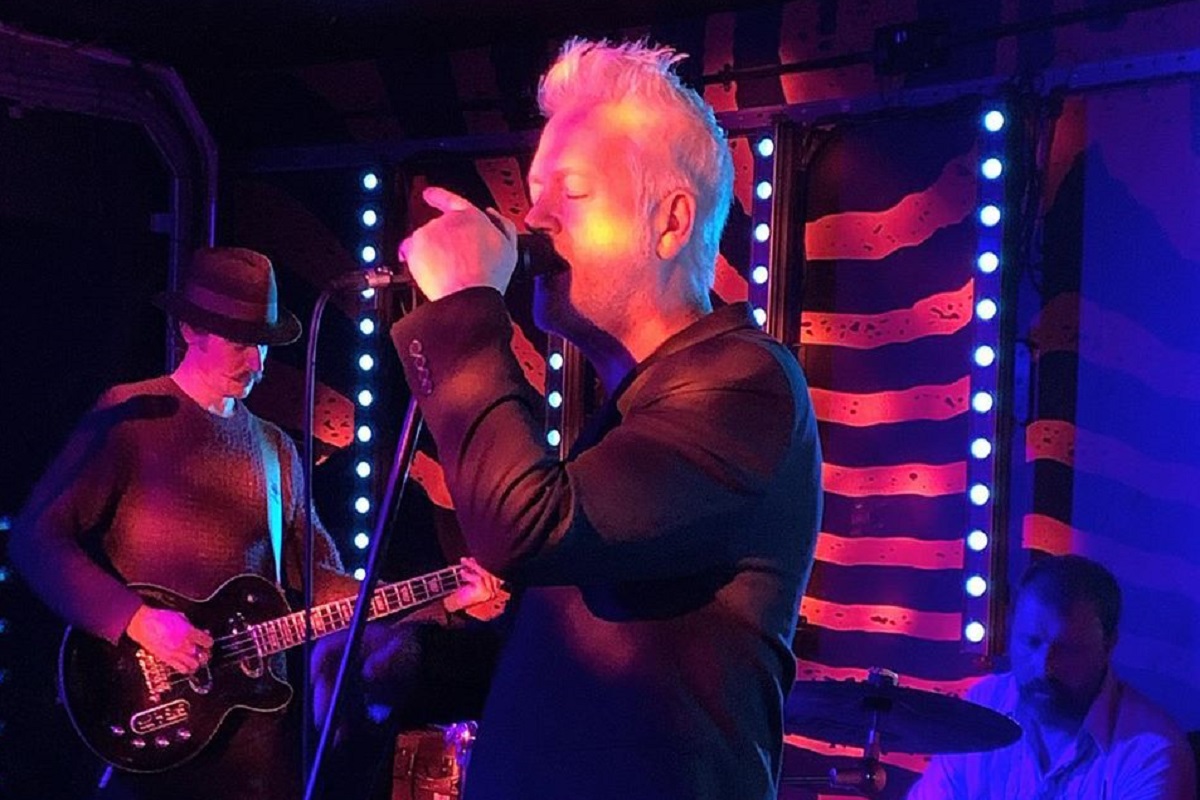 It’s a week on from Babybird’s highly anticipated return to Liverpool, and the dust is still to settle.

Playing Jimmy’s as part of a UK tour, Stephen Jones’ volatile nature was unfortunately the talking point of the night.

It was only one song into the set when Jones’ mood was evident in response to front row talkers who were obviously only there for ‘that song’.

It doesn’t take much to rattle that cage and very quickly it seemed the space in between songs served only as an opportunity to insult the crowd.

These polite exchanges suddenly turned to outright volatility when Jones committed the ultimate sin in these parts – attack the leader of the Labour Party.

A slanging match ensued with one attendee who made repeated attempts to put Jones in the right by informing him that his opinions of racist and anti-Semitic leanings were just ‘plain wrong’.

Few stage exit strops followed that culminated with an apology from the drummer before the big hit got is airing- according to Jones the only song people came to hear.

What promised to be a celebratory night for those who have stuck by Jones for over 20 years sadly it seems will be the last time he’ll be gracing a stage within earshot of the Mersey.

A prevalent Twitter user, he used the platform to respond the next day.

Such a shame, particularly after his numerous tweets leading up to the gig expressing his love for the city, made even stronger since his daughter moved here.

Must be why despite the events he pulled two encores out of the bag.

Also had Babybird giving out shit to fans ruining gig at Jimmy’s and vowing never to come back.

Stephen had quite a pop at Leeds on Friday night at the Brudenell but, you know what? We’ve got a sense of humour and laughed with him! Great gig! And he has far more than 1 song!

Totally agree with Anna if he didn’t do anything wrong Why did the drummer get the mic and apologise for him? Had his wife and kids stood next to me while he used the C word multiple times whole show a shambles didn’t think it could be worse than Bedford last year but worse