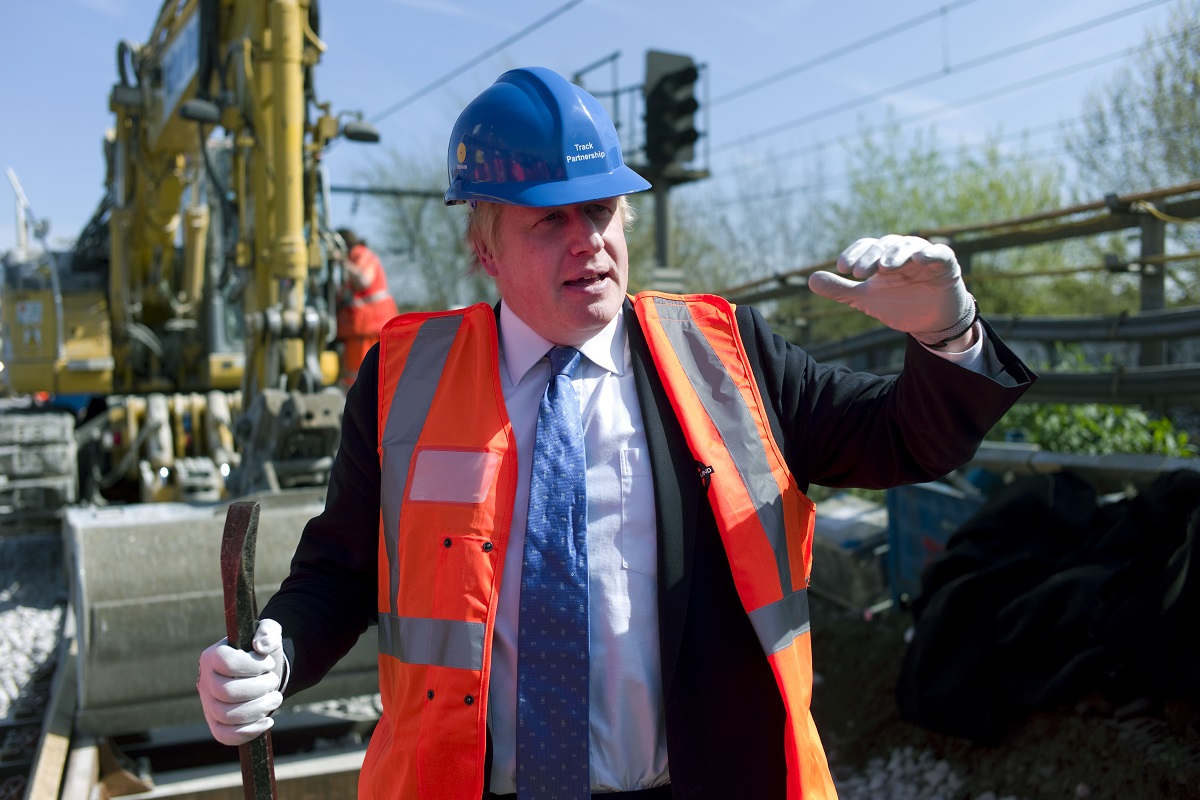 In his final election piece Getintoths’ Jono Podmore waits for Boris Johnson to drink from a poisoned chalice of his own making.

Just before the polls closed at 10pm on Thursday’s General Election, Conservative HQ tweeted the following, prophetic image below. 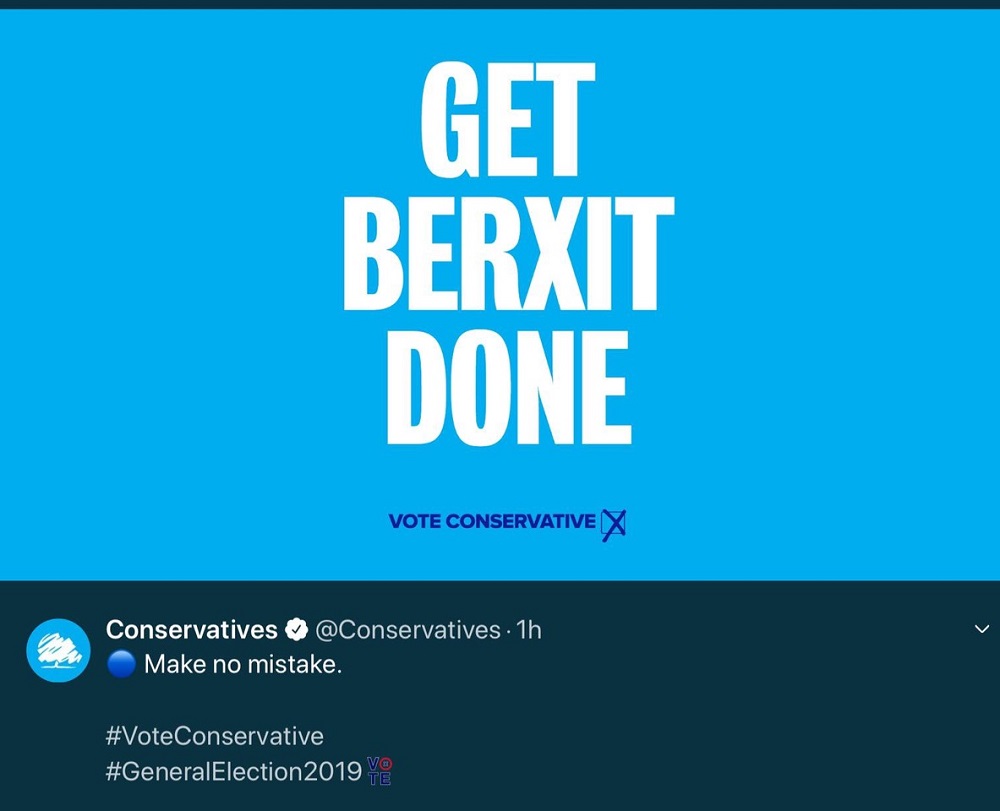 This is the typo that will live with us for decades: a representation of the profound stupidity at the heart of British politics since Cameron‘s wretched referendum plan was hatched in 2015.

After a hard day with fellow Labour activists on the cold, wet and dark streets of my local marginal (Croydon Central: Labour Hold with increased majority) the initial exit poll was a shock.

We’d spent the day talking of the youth vote, the advantage Labour has of feet on the ground, the fact we hadn’t seen a single activist from another party.

People I spoke to were supportive. It was all to play for, a Labour landslide as likely as a hung parliament.

The exit poll was a slap in the face – and the night that followed was of little comfort. I turned in after Jo Swinson lost her seat; I’d stayed awake waiting for good news.

So Johnson has his mandate to get his BERXIT done.

The 47 seats the Tories have gained are almost all in constituencies that voted to leave the EU in 2016.

The English and Welsh leavers have become so obsessed with getting their way, of seeing their moronic referendum victory becoming a reality, that they have sacrificed the NHS, the disabled, a generation of kids and committed the UK to five years of rabid Tory cuts to public services, leaving the working poor scratch out an existence relying on food banks while the billions that their work generates sits in offshore accounts.

This is where things may unravel for Johnson and his project.

Lots of the people who voted Tory to get the BERXIT they believe in are the working poor. They are the people whose lives, uncomfortable as they are now, will become even worse – especially compared to those on the continental mainland.

Johnson has nothing for them.

His plans for hospitals and public spending were all proven to be lies. 88% of online campaigning from CCHQ was found to be misleading, and now he will have to live up to those lies.

The white English nationalists of Bolsover and Workington who have turned their back on the poorest in society and thereby their very culture by voting Tory will want results, and Johnson will fail these people.

In effect, they have challenged him.

Johnson‘s greatest failing is that his BERXIT will not be done.

When he pushes through his deal and the UK loses all its powers and rights within the EU at the end of January, then the transition period begins.

This will last well into 2021 and perhaps beyond.

Fiendishly difficult negotiations with a hugely powerful block of nations that are ready to punish the UK for our collective snub and self-destructive idiocy are beyond the skill set of this dumbed-down Tory Party. A de facto border will appear in the Irish Sea as the people of Northern Ireland are ignored and the troubles flare up again.

It will drag on and on and on…

Meanwhile conditions will worsen: our public services will be sold off and the economy will shrink further as trade with the EU begins to dry up.

Carnets, confusion and questions: the uncertain Brexit road for musicians

Johnson has to provide, and provide in a way that satisfies both the working-class English nationalists of the North and his other constituency: the American corporations and corrupt Russian money that paid for his mendacious campaign.

Who will take the blame? This can’t be Labour‘s fault any more. My fear is that as the intellectual core of his own party have disowned him, he only has lies to cover him, so to survive he’ll slip into authoritarianism to maintain power.

Despite what you will hear from the Blairites and Centrists it was a crushing night for them too.

They see this as an opportunity to knife Corbyn but the “massive shift in British politics” of the new centrist dawn earlier in 2019 resulted in nothing more than the Lib Dems losing their leader and going down to just 11 seats.

The one openly Remain party got hammered.

If the Labour Party had done the same and promised to revoke Article 50, today’s result would have been even worse.

Change UK went ages ago and for that matter UKIP are now a meaningless rump of racists and xenophobes.

The Tories have ditched the DUP like the Northern Irish people they represented, carelessly bringing about the end of the Good Friday agreement.

The Brexit Party no longer has a reason to exist either, or the ERG. Their job is done.

Using xenophobia and Russian money they dragged the Tories to the right and undermined the Labour vote by up to 12% in places. Farage is off to the U.S now to be Trump‘s warm-up man for the 2020 elections and to further their international fascist agenda.

The road is clear for the Tories. A majority of 76, their money safe in the Cayman Islands, their opponents weakened and about to turn in on themselves, Trump and Putin happy.

But it’s also time for Johnson to pay back the favours he pulled from the most dangerous authoritarians, nationalists and mobsters on earth to get him here, and to honour his promise to impoverished English leavers to GET BERXIT DONE.

Drink from your poison chalice, Johnson.