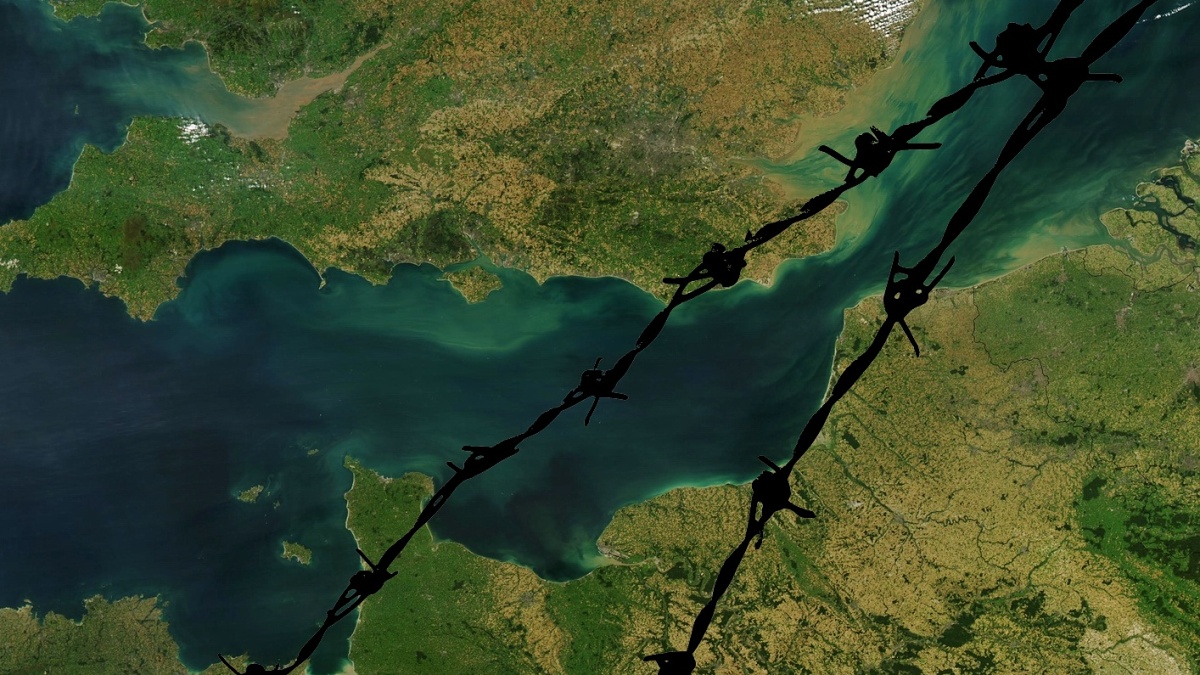 As the Government publishes more of its Ready for Brexit information on goods and carnets, Getintothis’ Chris Flack looks at the latest news and considers its impact on musicians.

When we published our last piece on musicians and Brexit, Singing the Brexit Border Blues, or how far does that Blue Passport get you? we encountered some fairly strong criticism.

We were told the piece was an anti-Brexit rant (it was), that Brexit wouldn’t change life for musicians (it will), the requirements wouldn’t apply to them (they will) and the introduction was too long, (how very dare you!).

One reader said when the details were published they would be crystal clear and everyone would know where they stood, we should calm down and Get Brexit Done. They’ve been published and it is as clear as mud.

Well, on this glorious day for Brexit; as Boris meets Leo on the Wirral, we looked at the updated information for taking goods across International borders post-Brexit and guess what, it’s worse than we thought.

The single most alarming element of our last piece for some readers were our thoughts on carnets and, well, the response from Government has been a little less than comforting, or clear.

Let’s break down what we know so far.

DO OR DIE! The headlong rush into Brexit

It’s worth bearing in mind that while we have a single agreement as a member of the EU, anything below will be at the whim of each member state independently, so instead of dealing with one entity, you now have 27.

Let’s say the Spanish feel they’ve been taken for a ride, they may decide to gouge us at every opportunity, there is a lot of money to be made on that lump of rock we call Gibraltar and if there is an opportunity, well, who could blame them, we’ll probably do the same to them.

Let us start with the good old US of A, as a starter for ten and an indication of where things can go.

It costs £5000 for a work visa for musicians to play in America. Five grand. That’s a lot when most of the gigs you are likely to play will charge $6 on the door. The Yanks pay £30 for a UK work visa, as an FWIW.

At this stage, there is no indication that you will need a work visa for the EU but it is safe to suggest that you might, you might also have to pay for it and you might need one for each country you play in across the EU

You will need at least six months remaining on your UK passports and you will be responsible for checking immigration rules for each member state to confirm if you need additional work permits or visas.

That whistle-stop tour of Europe might get really expensive to lay on and take months of planning.

One of the considerations in the Brexit latest is that those travelling to Europe to work (gig) have to check with each country they are visiting to see if social security payments are required while working in-country.

Imagine, if you will, you’ve booked gigs in six EU countries; you have to find, approach and discuss with each government agency what you need to do by way of social security payments when you’ll to make little to nothing.

You have to do that while paying National Insurance and tax here, as well as thinking about healthcare abroad because, with mere days to go, only three EU countries have said they will continue the NHS partnership.

Leaving the UK without travel insurance will be utter lunacy after Brexit, just as a by the by, only three countries have agreed to maintain the agreement that we have currently, that will likely end on October 31.

If we can return to carnets, just for a second, the situation is even less than clear.

A Carnet is required for every instrument or piece of tech you take into Europe; friends, the days of multiple pedalboards or instruments is over, a carnet proves an item is yours and you’re not trading it internationally.

There was a kerfuffle when this was announced as many people thought this applied to everyone from freelancers on meetings or scientists going to conferences, the Government have clarified the requirement on laptops, insofar as you won’t need a carnet to bring a single laptop across international boundaries for work.

However, they didn’t clarify how many laptops you need to trigger the Carnet bell. Three. Four. No one knows. What if each of your band members uses a laptop? Have they heard of Kraftwerk? Or Creep Show?

If you are planning on taking merch, well, that’s a whole other ball game; that screen printed T-shirt is now a commodity to be traded across International Borders and you, my dear singer-songwriter, are now an international Exporter of goods and services, Congratulations!

You cannot buy or sell products in the EU; your merch, your shirts, your CDs, those cool little gadgets you sell for a fiver; without an EORI number. Registration can be obtained from HMRC and, we love this, should be applied for “as soon as possible”, isn’t that just a joy, a Government department saying get your arse in gear. Joy.

If you are planning on taking your wheels across the English Channel then you will absolutely need a Green Card from your insurance company, you will have to display GB sticker and for some places you wander through your driver will need an International Driving Permit.

The CDs you have shipped into the country, most of which come from production centres across Europe, are likely to rise in price too, as they will be subject to tariffs on the way into the country, and on the way out in the boot of your Fiat Panda for that tour you can ill afford to do.

None of this even explores what we do with independent artists coming here to play festivals, will their costs go up? Most likely. They’ll probably need work visas and they’ll need to consider a whole raft of things they didn’t think about last year, healthcare, tax, import duties, the sheer amount of time it all takes.

Who knew being a wannabe popstar could be this exciting?

I’m not writing from a point of ignorance, I once drove to Minsk with laser equipment for a surgeon working in the capital. We’d raised money for this bit of kit and hand-delivered it as part of an international aid convoy, we drove across Europe unmolested, we had to stop briefly crossing from Germany to Poland but that was it.

Crossing on the other side of Poland was a different matter, it took one full day to go through customs to cross from Poland into Belarus and one further full day on the Belarussian side to check everything again.

Yes, I hear you, I was carrying a very expensive and probably a very dangerous piece of kit, a laser no less, but we weren’t in a specific queue for us, we were in the same line like everyone else, the elderly, the truckers and that one scruffy Russian death metal outfit who were carrying all their gear in a horsebox.

Just this week a pal of ours has had to turn down work as he literally has no idea what is going to happen, he’s a sound engineer, a sound guy, no less, and he brings a lot of his own gear with him when he works.

There are others out there, Imogen Heap cancelled the European leg of her tour the same week as this list came out, Fish has postponed his European tour amid Brexit uncertainties, King Crimson have done the same, there will no doubt be others who follow suit, or some who won’t even consider travel in the first place.

With the news coming in, it looks like that blue passport is unlikely to get you very far at all.