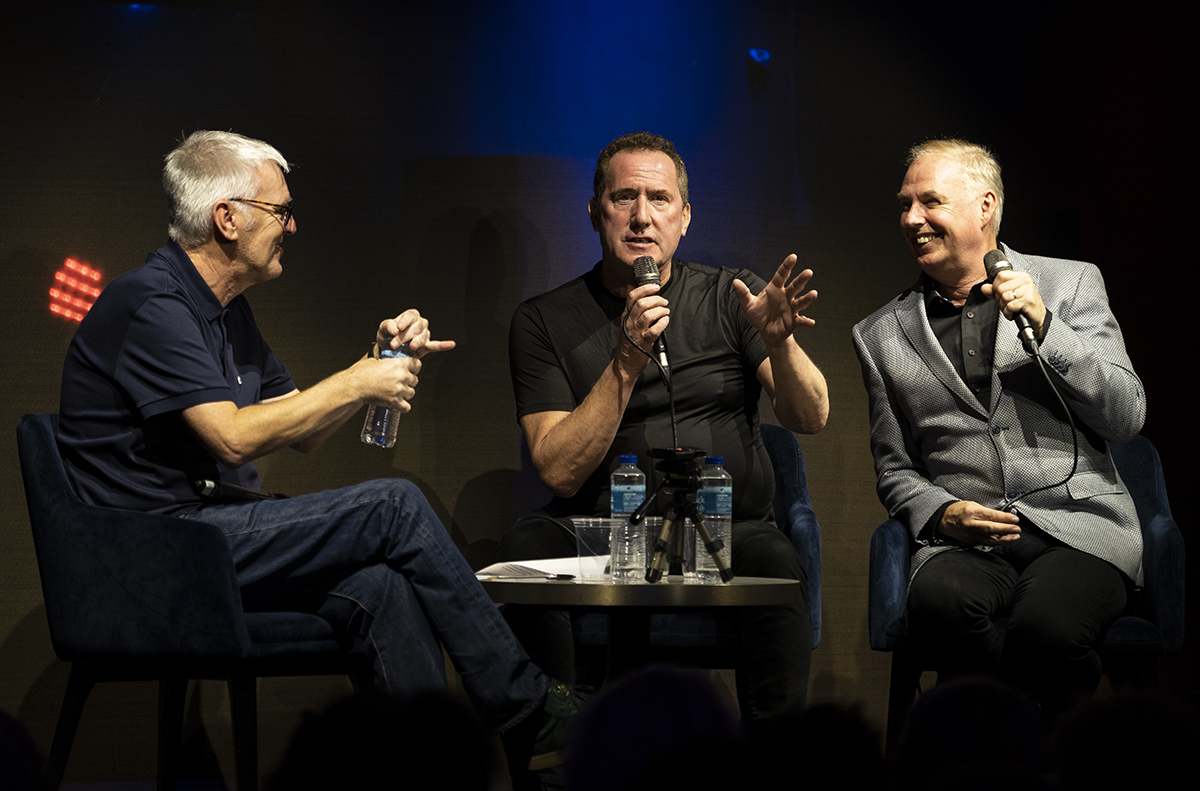 Orchestral Manoeuvres in the Dark held a Q&A at the British Music Experience, Getintothis’ Jane Davies went along to hear what they had to say.

For a band to reach the 40 year mark is quite extraordinary.

This phenomenal achievement is testimony to OMD‘s continued fresh output of music and extremely loyal and enthusiastic fan base.

In celebration of this impressive milestone, the British Music Experience have mounted a new exhibition with the cooperation of founding members  Andy McCluskey and Paul Humphreys, who have lent many personal items to the museum.

The result is a comprehensive insight into a career spanning four decades, with clothing, instruments, hand written lyrics, clippings from Andy‘s binders and early photographs of the band.

Prior to the exhibition being declared open to the public, Getintothis were able to have a quick chat with the band.

OMD have recently had a number one vinyl single, Electricity, forty years after its original release; they have been on Granada Reports, they are achieving now things they yearned for in their youth,  I asked if there was anything left which they would like to do now?

Both Andy and Paul agreed that they are happy to continue to find new directions.  Paul spoke about the Liverpool Philharmonic concerts, Museum of Liverpool gigs, Albert Hall gig.

They will strive to  keep doing things they hadn’t done before.

They have rediscovered their original ethos which was to explore, so they have started to do that again.

The band is pleased to have found some new sounds and new subjects to sing about, it will come as a relief to fans that they aim to go forward and continue to find new directions.

Asked if they would be playing bigger festivals, like Glastonbury on the Sunday afternoon slot, they agreed that  they would love to play there.

Paul explained that they originally shied away from festivals because they felt that festivals previously lacked sufficient technical capacity for them to play at full effect, but in the digital age, they are more than happy to cover festivals and they have subsequently opened new markets for them.

Andy added that lapsed fans have rediscovered them, festival goers with no prior knowledge have gone along and been pleasantly surprised and subsequently bought OMD tour tickets.

I enquired if OMD would be up for playing Sound City and LIMF, Andy revealed that they have previously been asked to play LIMF but that it had clashed with touring committments.  Andy added they would have played the recent Birkenhead Park Festival with the Lightning Seeds had they not been on touring duty in the USA and that it would be important for them to play a Wirral gig in the future.

The band have recently released a Greatest Hits box set and mindful that some bands bow out with Greatest Hits collections, I asked them if there were plans for a new album.

Andy revealed they have written a couple of new tracks that could feature on a future album, but have been so busy of late outside of recording environment to develop these further.

At this stage of their career, the longer time they take between albums the better, acknowledging the need to replenish their well of new ideas. Paul explained that this is in deliberate contrast to the situation in the 80s when they were obliged to put out one album per year whilst constantly touring. Asked if there were any new influences, a tight lipped Andy suggested music with lutes.

I asked Andy about his opinions on the difficulties faced by young bands today, and while he would love to see new bands break through , he acknowledges the limitations of an environment which in many ways is more difficult than in the 80s.

Music companies are not willing to invest in young bands because of low profit margins, to get a label deal, bands need 300,000 sound cloud subscribers.

They have to find their audience themselves and do the work previously done by the record labels, Andy said that it would have been impossible for a young OMD to drive their own media campaigns.

Paul acknowledged that most young artists now have to have day jobs unlike back in the day when record labels effectively bank rolled bands, on the plus side, for those that do achieve deals, Andy said they achieve better royalty rates than in the past.

OMD are now enjoying their career as it is less pressurised. They can effectively choose to do what they want when they want,, they have broken the treadmill of endless recording and touring.

Asked how they have such an enduring appeal, Paul cited the fans loyalty and a noticeable younger fan demographic which is swelling the ranks, modern day bands are referencing OMD as their influences and so their fans subsequently check out OMD.

Andy explained that OMD have created a sound which is instantly recognisable as their own, people still resonate with it and OMD can still play live, remaining faithful to their original sound.

The public Q&A session was introduced by Kevin McManus who thanked OMD for their cooperation in curating the exhibition.  Kevin recalled a famous anecdote in which Paul went home with a school report that concluded that he had no musical ability whatsoever, much to the amusement of the audience.

The floor was quickly opened up to the fans, a sizeable number who had travelled considerable distances nationally and internationally to be present, the tone of the evening was one of reminiscence, revisiting past milestones in the band’s career and also about looking forward.

A key question was if OMD would release a second volume of greatest hits materials as the current release is branded volume one, Paul explained that the band’s archive is likely to yield more treasures in the future.

They have rediscovered songs they couldn’t even remember they had recorded, fans at the event were suitably reassured that OMD are here to stay and have a treasure trove of material in store. 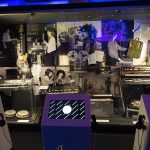 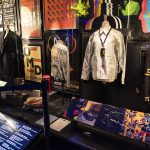 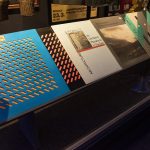 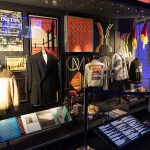 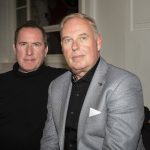 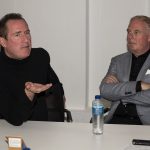 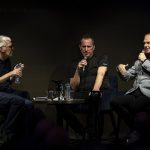 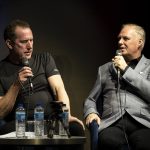 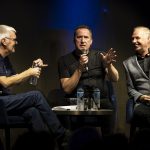 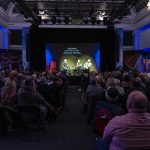 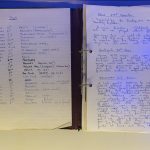 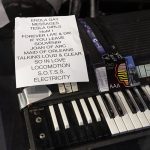