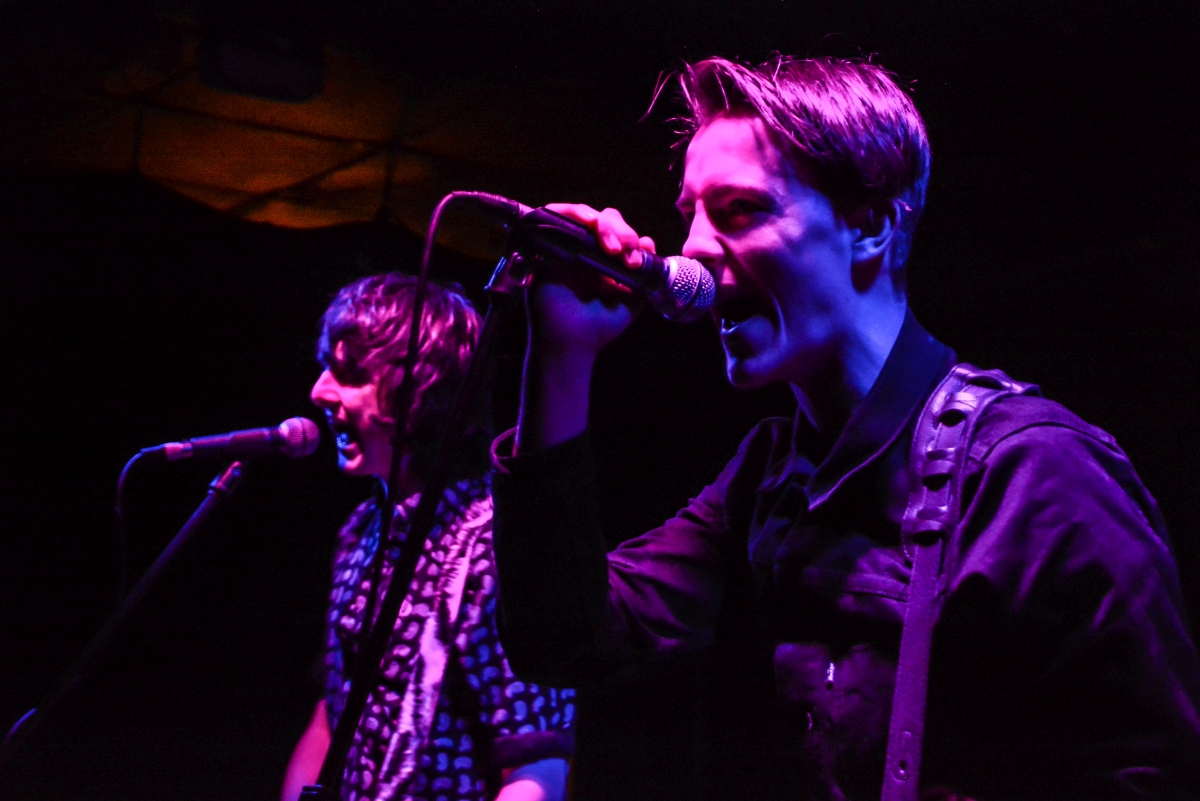 Welsh band Himalayas prove age is just a number as the youthful four piece impress a small yet studious crowd at Phase One, Getintothis’ Connor Ryan was impressed.

Hailing from Cardiff, the rock/indie group made up of Joseph Williams (vocals/rhythm guitar), Mike Griffiths (vocals/lead guitar), Louis Heaps (bass) and James Goulborn (drums) were energetic, tight and most importantly, capable of writing a catchy song.

Tunes such as “The Masquerade“, “Sigh On A Hurricane” and “Thank God I’m Not You” show just how talented the young band are.

The aggro doesn’t let up until they’re literally off the stage and behind the curtain.

Their stage presence is intense too. Williams was strutting around, banging his chest like an angry fighter ready to absolutely murder his opponent in the opposite corner; his “enemy” in this instance being the equally young, impressionable and colourful contingent squaring up to the aesthetically cool outfit.

The bass players enthusiasm on the other hand was channelled in a less aggressive manner. Probably one of the coolest four stringed magicians we’ve seen, he donned round sun glasses and a smirk that simply infected me with joy. It was such a pleasure to see a band who are really REALLY into their own sound.

Their remarkable numbers on streaming sites such as Spotify is evidence that their sound resonates with people.

It’s pop indie rock at its finest. Has that Bottlemen like flow, with the hard edged, witty and sometimes playful lyrical content from the early Arctic Monkeys mantra. We think they’re much more than a modern indie replica though. At times the guitars are heavy, almost in that QOTSA mould: big groovey riff, spine shattering hook and impactful singing.

The musicianship here was also excellent, particularly on “The Masquerade” – their latest single – with its dual vocals from both front men adding a real anthemic quality to the song. Every rendition popped, not one dud in the mud.

The added elements of synth and drum machines during different cuts also showed a dynamic quality which should take them far, separating them from all the shite out there.

The only thing we would say it that as far as merch goes, you really don’t need a “HIMALAYAS” emblazoned water recepticle.

Come one lads, we all need to stay hydrated but fuck me, when did a t-shirt not become enough! Alas, it’s a wee jokey criticism, We’re actually well impressed with these lads.

Get yourself online and give them a listen.

And if you like their releases thus far such as ‘Ecstasy – EP’ (2016) and their plethora of singles, go and see em; they’re an even better, harder hitting beast live.