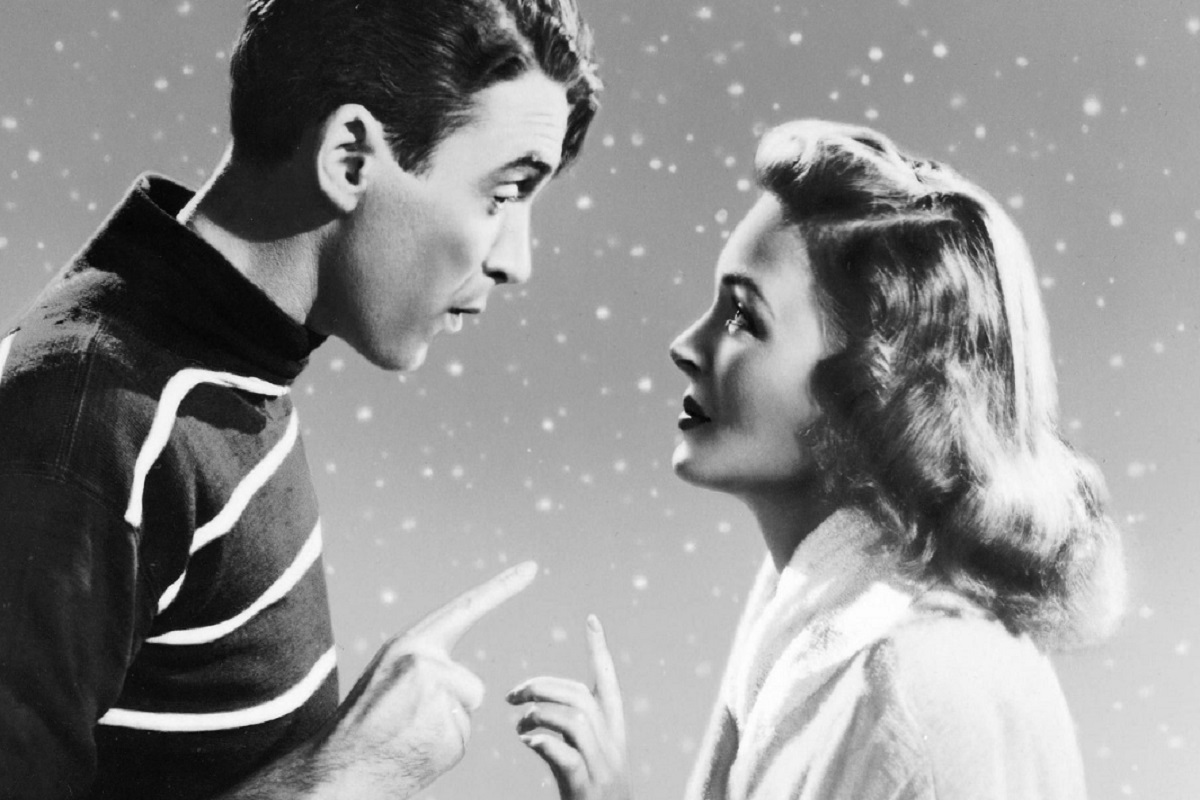 Christmas magic galore, The Beatles and more as Getintothis’ Rick Leach runs through the pick of the arts for December.

There are some traditions that you just cannot be without at Christmas.

We all have our favourites; the ones that if you miss, well, it wouldn’t be the same. There’d be a gap. Not exactly a yawning void at the heart of it all, but nevertheless, there’d be something missing.

For this writer – and it’s fair to assume, for many others as well- it’s Frank Capra’s It’s A Wonderful Life.

It just wouldn’t seem right to get out of bed on Christmas morning, check your stocking to see if Santa’s popped down the chimney without having caught hold of Capra’s masterpiece sometime in the week before.

This is so firmly embedded that missing it would leave Christmas Day a bit flat, irrespective of how generous the fat man in the red suit might have been.

It’s very tempting to run through the film and to explain exactly why it means so much and indeed, why it’s so much more than just a Christmas movie, but it is. It’s one of those films that without fail, brings a tear to your eye and a lump to your throat. Isn’t that what art should do?

If you’ve never seen it before- and as Barry Norman would have said, if not, why not- then set yourself an hour and half to one side sometime between now and December 25. I promise you one hundred percent that you will not regret it.

Have a wonderful Christmas. 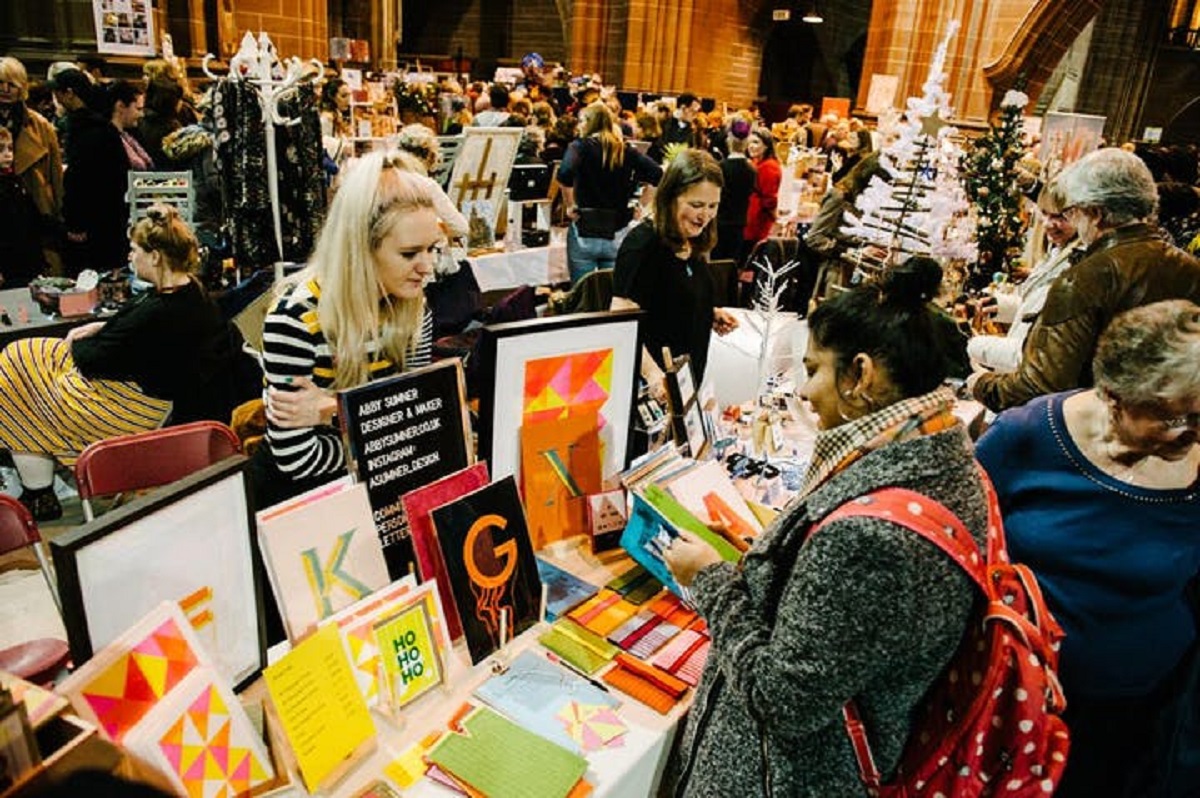 The biggest art market in the North West returns on December 7, as Open Culture transforms Liverpool Cathedral into a bustling bazaar featuring over 200 artists, designers, and makers selling thousands of colourful creations alongside an artisan food fair and vintage fair in the cathedral basement.

This is a chance to support local independents while finding perfect gifts for your nearest and dearest.

Additionally, there’s a kids workshop that will be open for little ones to get crafty and take home a handmade creation of their own for free. 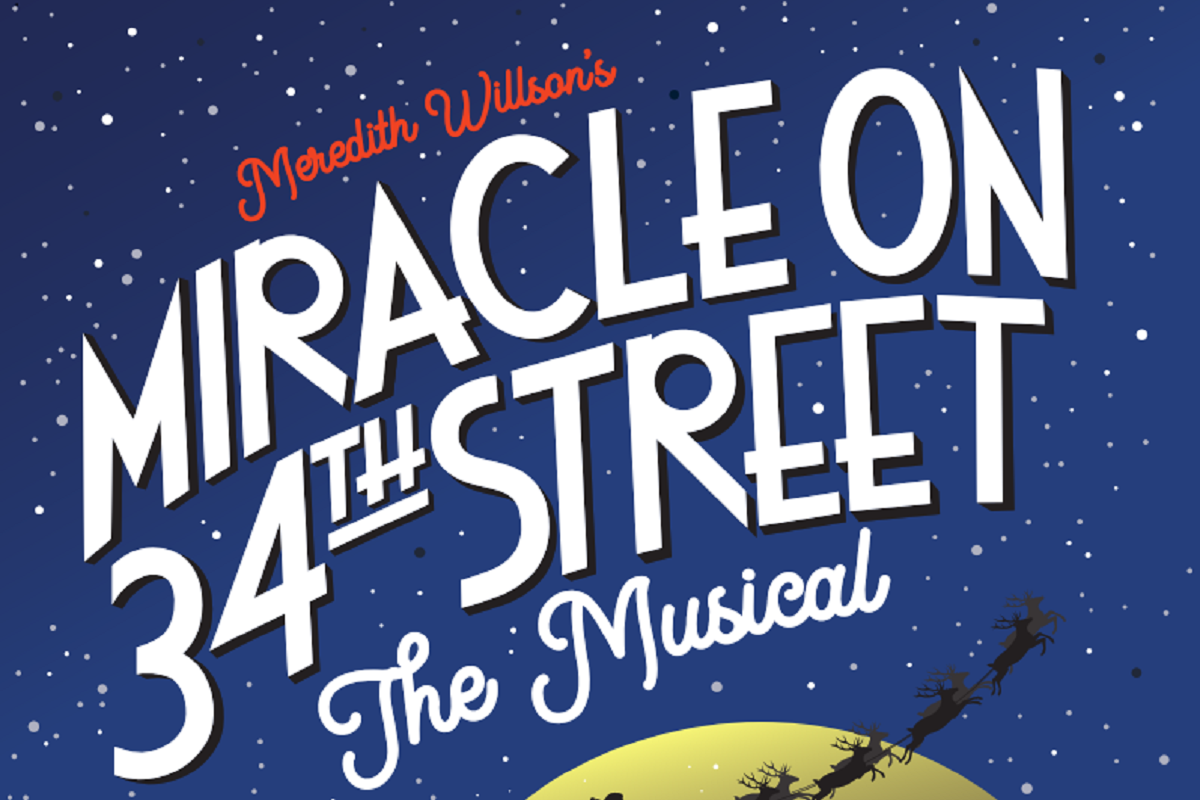 Do you believe in magic?

Conjure up the perfect Christmas.

Think of tinsel and tingles, whispers and wishes, those thrilling hours when childhood dreams take flight. Now imagine if Christmas was all common sense. No whispers, no secrets. Just cold hard facts wrapped in paper destined for the bin.

That’s Christmas for sensible six-year-old Susan and her mother.

But as New York’s cash tills ring out their money-making chimes and shoppers join a race that lasts from Thanksgiving until New Year, an old bearded gentleman turns their rational world – and the city’s cut-throat commercial spirit – upside down.

Featuring It’s Beginning to Look a Lot Like Christmas, Miracle on 34th Street: The Musical is a twinkling seasonal treat for the whole family at the Everyman..

The famous and well-known story has cast its timeless spell over stage and screen, but this is a new production of the classic tale with plenty of fabulous festive magic. 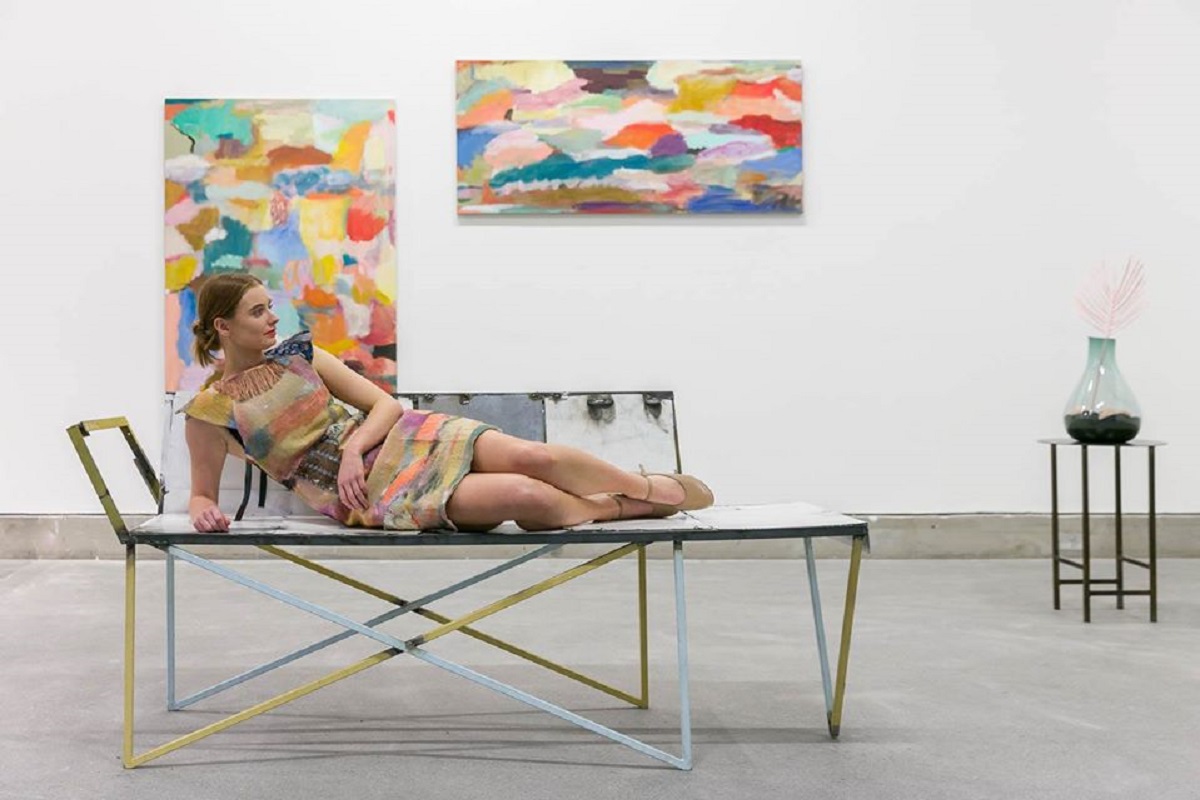 Follow two performers (Victoria Oxley and Sarah Merrifield) as they make their way through the gallery, interacting with artwork while delivering a fragmented, poetic script that addresses our present moment of malaise, excesses and uncertainty.

Performances will take place in the Bluecoat gallery on December 7. They will last approximately 10 minutes but will be repeated between 2-4pm.

Her new work is rooted in the discipline of painting.

Blocks of colour dance across her canvases, oscillating between ground and foreground. The artist often hints at figuration and familiarity in her paintings, overridden by Teplin’s adherence to the rhythms of playful abstraction.

Her fragments of colour are mirrored in the canvas itself, made from a patchwork of different material, from traditional canvas to more delicate dress fabrics.

Teplin’s performance works share a methodology of patchwork and a feeling of seduction with her paintings. Gestures, movements and dialogue from the films of Luis Buñel, François Truffaut and Rainer Werner Fassbinder are woven in with everyday interactions between people.

Conversational phrases are mixed together with the glamour and exquisite phrasing of the silver-screen. Like her paintings, Teplin’s performances hint towards the familiar and recognisable while consistently pushing into abstraction and alluring rhythms.

She will also premiere two new video works in the exhibition, situated within an installation of her paintings and objects. These video works tie her performances to the history of cinema from which she borrows dialogue and movements. As with painting, cinema carries the weight and baggage of its own history, conventions and tropes.

Through Teplin’s exhibition the medium of film and painting are brought into dialogue, reflecting the inherent qualities of each other; the composition of the films following the composition of paintings, discrete gestures, acts, brush strokes and phrases combined to form an atmosphere that compels the viewer to reflect on the nature of painting, film and performance. 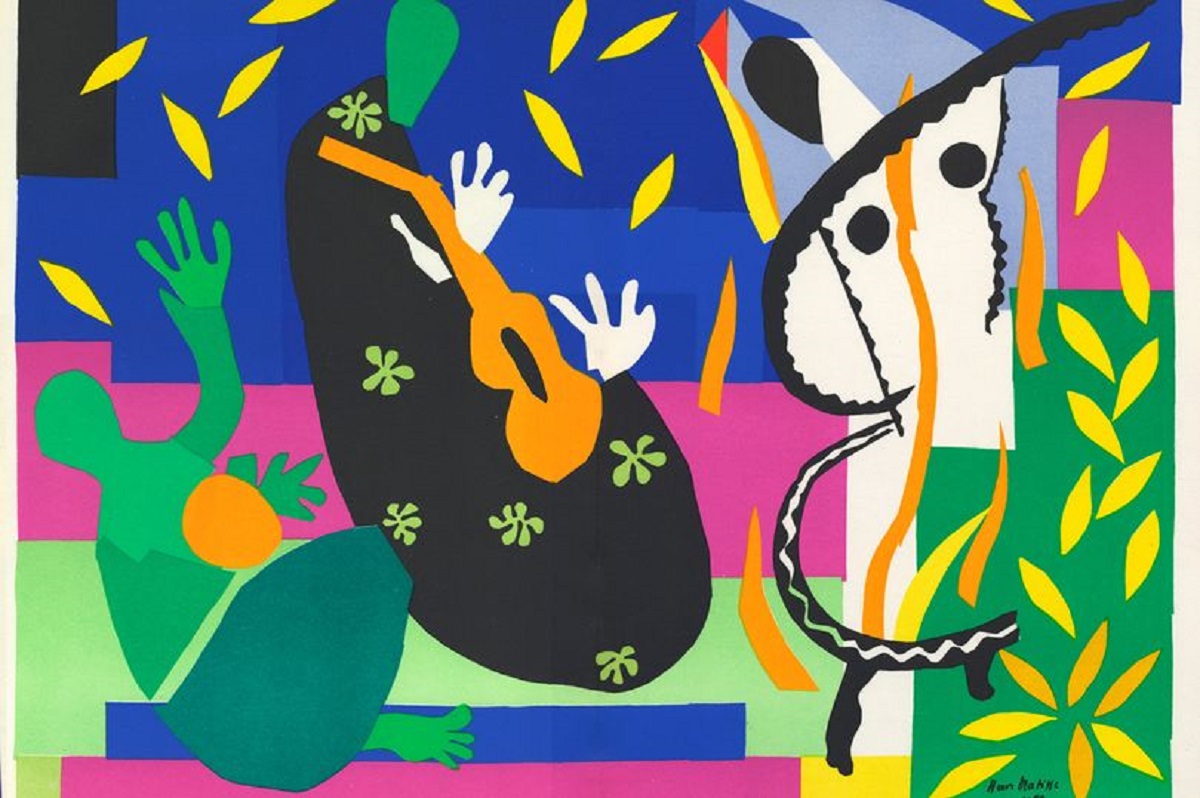 Matisse: Drawing with Scissors features 35 posthumous prints of the famous cut-outs that the artist produced in the last four years of his life, when confined to his bed, including many of his iconic images, such as The Snail and the Blue Nudes.

The French painter, sculptor and designer, Henri Matisse (1869-1954) was one of the 20th century’s most influential artists. His vibrant works are celebrated for their extraordinary richness and luminosity of colour and his spectacular paper cut-outs were his final triumph. 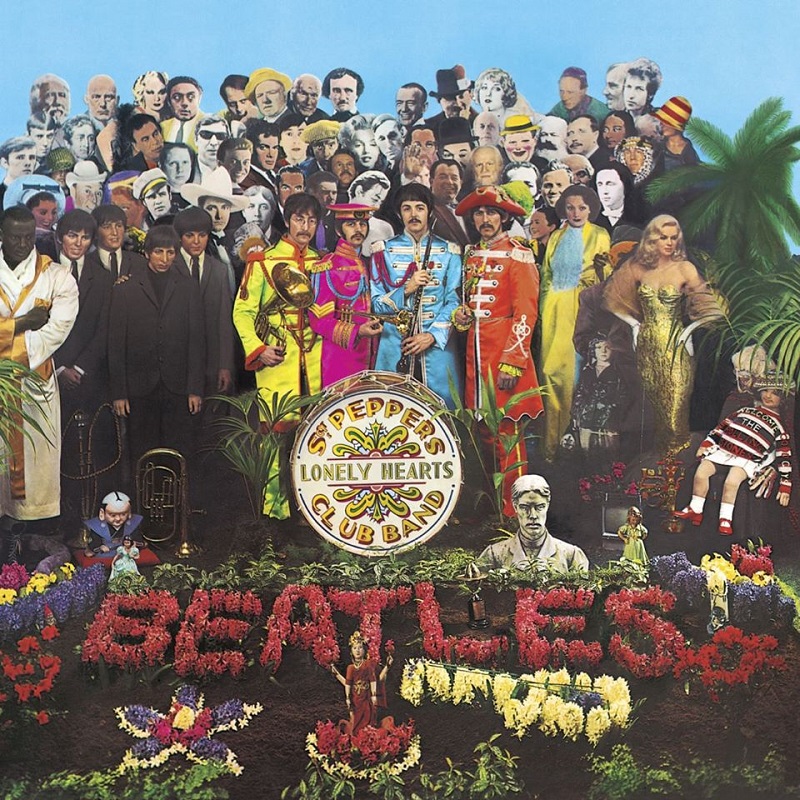 This Christmas, the city that gave us the Beatles, Tate and National Museums Liverpool have extended an invitation to experience Sgt. Pepper’s Lonely Hearts Club Band as you’ve never heard it before.

Listen to a remixed version of this iconic Beatles album. Sit back, close your eyes and feel as though the band are performing all around you as you are transported to Abbey Road in this unique experience.

Giles Martin, son of the legendary Beatles producer George Martin and a Grammy Award winning producer in his own right, has remixed the album from the original recordings. Giles Martin said: “This new Dolby Atmos mix allows us to fall in the record and to totally immerse ourselves in the fantastical world that was so beautifully created at Abbey Road Studios over 50 years ago.”

The astonishing clarity of the special mix will reveal the imagination and innovation that the Beatles brought to the album in 1967.

In addition, Sir Peter Blake and Jann Haworth created the iconic Sgt Pepper’s album cover. Blake is recognised as the Godfather of British pop art and you can see his designs on Liverpool’s Dazzle Ferry and on the walls and maritime flags in the Tate café.

Sir Peter Blake also has a long-time association with the John Moores Painting Prize at the Walker Art Gallery, as junior prize winner (1961), juror (2006) and now patron of the prestigious prize. 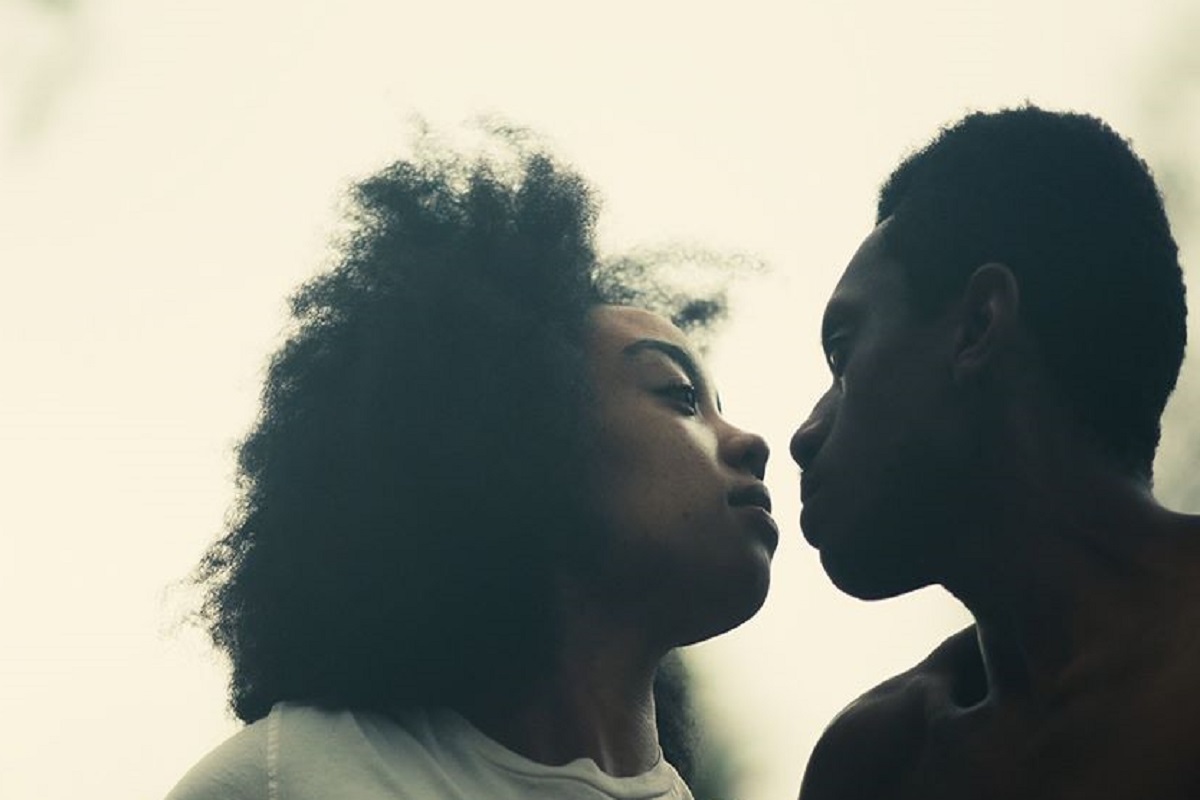 Theaster Gates is one of the world’s most influential living artists. In Theaster Gates: Amalgam, the artist explores the complex and interweaving issues of race, territory, and inequality in the United States.

The exhibition takes the history of Malaga as its point of departure. During the 19th century, this small island off the coast of Maine, USA, was home to an ethnically-mixed community. In 1912, on the orders of the state governor, Malaga’s inhabitants were forcibly removed to the mainland. They were offered no housing, jobs or support.

Amalgam presents sculpture, installation, film and dance that respond to this history.

Highlights include a new film, Dance of Malaga 2019, which features the choreography of acclaimed American dancer, Kyle Abraham.

Gates’s musical collective, The Black Monks provide the film’s score. Their blues and gospel-inspired sound can be heard throughout the exhibition, continuing into an immersive ‘forest’ installation.

Theaster Gates is a socially engaged artist living and working in Chicago, Illinois. He began his career studying urban planning, which continues to influence his work.

He is best known for his projects in South Side, Chicago, where he has redeveloped abandoned buildings for community use. Reminiscent of the ongoing work in the Granby area of Liverpool, Gates shows how art can transform places and improve the lives of the people who live there. 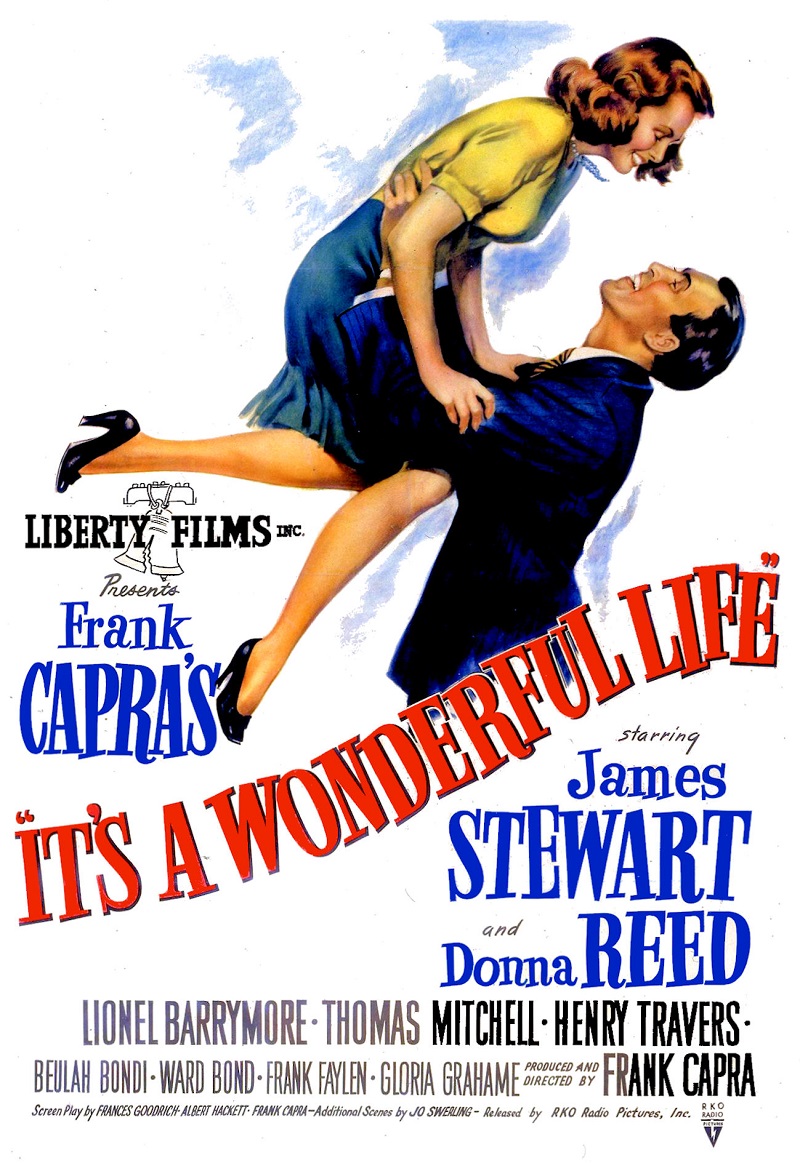 One of the most popular and enduring films ever made, Capra’s It’s A Wonderful Life is a gloriously sentimental testament to homely small-town moral values.

Masterfully crafted, the film opens with angels discussing George Bailey (James Stewart, giving one of his finest performances), a man so beset with problems that he contemplates suicide.

As George prepares to jump from a bridge, his guardian angel Clarence Oddbody intervenes and shows him how badly Bedford Falls would have turned out without his good deeds. Filled with a renewed joy in life, George returns to his family for Christmas.

If you’ve only ever seen this film before on the small screen or indeed, never seen it before, then this is simply unmissable. Christmas isn’t Christmas without It’s A Wonderful Life.