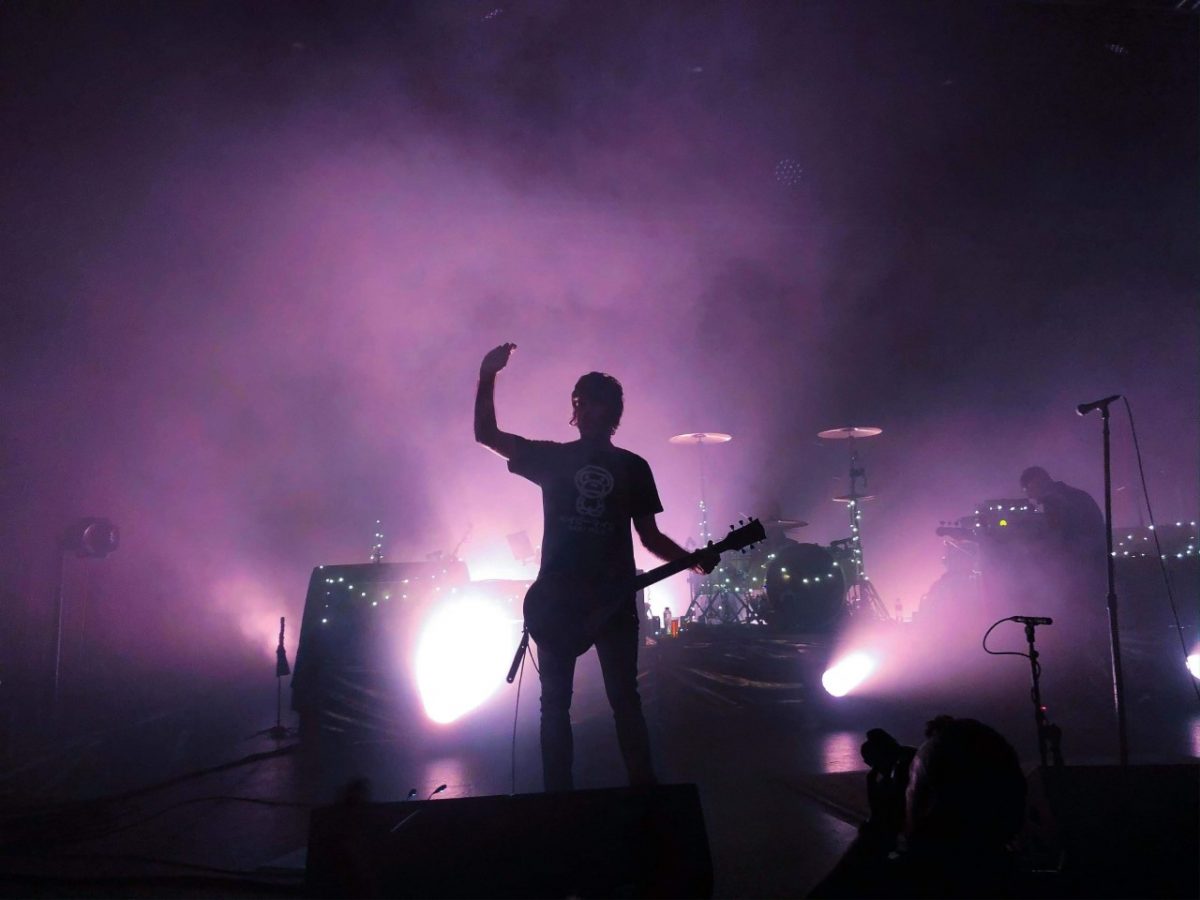 Shed Seven disco down in Birmingham, Getintothis’ Emilie Clark was there.

The surroundings of Birmingham’s O2 academy leave much to be desired. On a cold November evening, the last thing anybody wants to be doing is traipsing through the crowds in the hell that is the German market, so we settle for a somewhere a little further afield.

The Twang are on stage at 8pm and are a great warm-up for the night. Hailing from Birmingham, they are well and truly at home on this stage.

It is clear to see that The Twang have a strong fanbase in the crowd, which makes a nice change. All too often, the crowd for a support band are pre-occupied with their phone screens, paying no attention to who is in front of them; but not tonight – everyone is in the moment and singing along to every song.

There is a short break in between the bands, and the crowd are rowdy in anticipation – everyone elbowing their way through to get the best view.

Christmas lights adorn the stage, giving a nod to the ‘Shedcember’ festive tour the band embark on every other year.

The band swagger on stage, and as soon as the first chord of Room In My House is struck, the audience are singing along at the top of their lungs. They are nothing if not enthusiastic.

Ever the showman, Rick Witter engages with the crowd throughout, cracking jokes with those lucky enough to be situated in the front row. He points out 14-year-old Alfie, who’s attending his first ever gig tonight, and makes the effort to pass one of his maracas all the way to a girl on the balcony.

With a back catalogue as extensive and as well-loved as Shed’s, a show is never going to be boring. The setlist is studded with fan favourites such as On Standby, Dolphin and Getting Better. Not forgetting those from their most recent album, Instant Pleasures, which fit in perfectly alongside the ones that made them famous.

After a roaring set, the band arrive back on stage to perform an encore including crowd-pleasers Disco Down and Chasing Rainbows. Long after the band have left the stage, the crowd are still singing that well-loved refrain, “I could deny…”

Not wanting the night to end, we head into the next room to the official afterparty, where Rick is DJ-ing. The room is packed with those reliving their youth and making the most of the babysitter, dancing along to Britpop hits and sounds of the 90s. Someone announces at midnight that it is now Rick’s birthday, and we are all joined in wishing him a good one.

Shed Seven always guarantee a night of fun, and we can’t wait to do it all again in 2021.