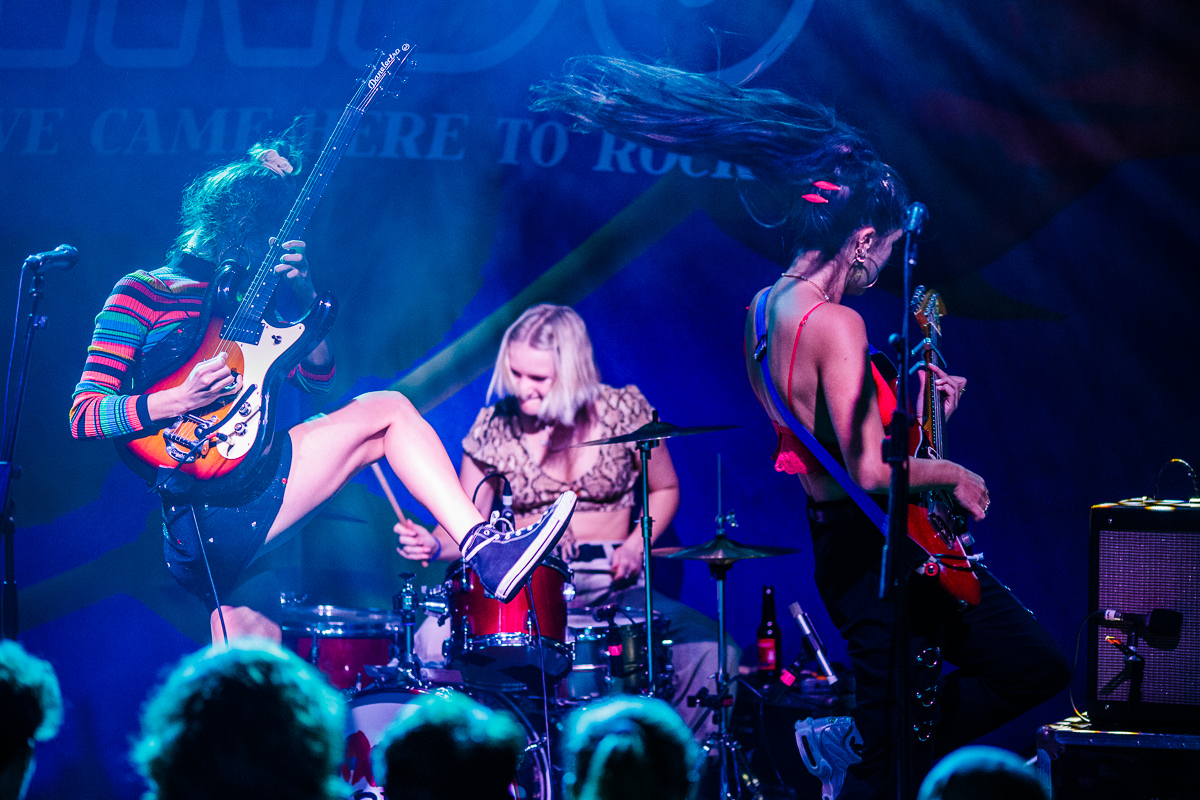 As the votes are counted from the ballot boxes in the UK, Getintothis’ James Baker polls a set of singles to lighten the mood.

Hinds are back! The punchy Spanish 4-piece have returned with new track Riding Solo and what a track it is. The first track taken from their forthcoming third album, it had me wanting to listen to the full EP now.

Tackling the subject of loneliness, which can be all too common for musicians on the road, you wouldn’t expect the song to have a joyful sense to it, but I guess you could argue that is Hinds all over. The charming and infectious chorus could easily be one of the sounds to your summer, even if it is December…

An epic seven minute nod to 90’s trance comes from the two British greats in electronic music. The song was intended to be just a remix of Hopkins’ track Luminous Beings with Owens on board, but it has become so much more than just that. Turning the song in to a full on collaboration came from the two artists sending their thoughts and add-ons back and forth until we have this beautiful piece of work.

The two have been sharing billings for some time, and the mix of Hopkins’ electronics and Owen’s soft vocals has clearly been a long time coming, something we are glad to finally see!

Marie Dahlstrøm: A Loveletter – An Improvisation

No points for guessing the themes explored in this song I’m afraid. The first track taken from the Danish singers forthcoming debut album, this is an open confession for finding someone special. The combination of the soothing piano progression and her soulful voice is a must for anyone in to their jazz and soulful R&B.

The term ‘an improvisation’ is to be taken quite literally, as Marie had no prewritten lyrics of melodies when it came to recording the vocals for the song. This speaks volumes for the amount of pure emotion put in to the song and is something straight from the heart.

Field Music: Beyond that of courtesy

Releasing a politically-based song in the week of an election may be something to shrug your shoulders at, but this isn’t exactly what you think. Taken from the bands forthcoming new album, which explores the after-effects of the First World War; this song draws in on the promotion of women’s participation within politics.

Coming in at just over 2 minutes, the strong guitars of the track leave you with a taste for them. With a 19 track LP on the horizon, I’m sure we’ll get just that when it drops in February.

A big ‘fuck you’ to being let down and a big ‘fuck yeah’ to doing things yourself and self-empowerment are the big take-homes from HUSSY’s latest track. Real name Sophie Nicole Ellison, the alt-pop artist plays, produces, and mixes her work all herself.

A self-empowerment song seems fitting considering what a talent she is in creating something that could easily have taken a team of people to do. The moody sense to the song can most likely resonate with plenty, as let’s face it, everyone’s been let down at some point or another.

It’s two weeks until Christmas, so I’m going to throw a Christmas cover in to the mix. I would apologise but that would mean I actually am sorry, which I’m not. Peggy Sue have released an EP of Christmas covers aptly titled Surf Xmas. You can probably guess the tone of this lead track from that title alone but for us slower folk on the web; serious surf-rock vibes.

My scepticism over the mix of surf-rock and Christmas was quickly diminished by hearing the opening bars, I promise you it works. Christmas covers get a fair bit of stick, but who really wants to hear the same styled songs on repeat every year? The duo will be performing the EP at a special one-off show in London on 12th December.

Sam Fender: All Is On My Side

Fans of Sam Fender won’t see this as a new single, but will definitely be pleased to see it. All Is On My Side has been a staple at the Brits Critics Choice winner’s shows right from the beginning, and is a strong favourite across his fan-base. The song didn’t make the cut for his debut album for some reason, but this week finally sees its official release.

The release can be seen as a bit of a victory lap for the singer to round of what as been an unbelievable year for him. His guitar work to round off the song is something you can picture yourself hearing as the finale of a gig, a euphoric end and one you would walk away astounded by. Sam will be embarking on his first arena tour next year, so if you go along you might hear just that.

A synth hook that will without a doubt stick in your head all day opens the latest offering from the angelic voice of Annie Hart. Longing to Care Less takes on one of our biggest growing problems in the world today; the environment. The song portrays a powerful yet gentle take on taking a stand and fighting against climate change, something that needs to be done.

Equally powerful is the video that accompanies it, showing some of the clear evidence that is right in front of our eyes that change needs to happen. Now.

Bedroom-pop group Far Caspian have been building on releases over the past couple of years, and their latest offering adds a more homely sound. A steady buildup to the chorus can be seen as a nod to the direction Joel Johnston has been taking his songwriting lately.

He says: “I’ve been listening to more pop music recently, and I definitely have started to aspire to write songs that are a bit more focused on getting to the chorus and the payoff.” The depth to the song still hones in on their own melancholic sound, but pop aspirations can definitely be found within as well.