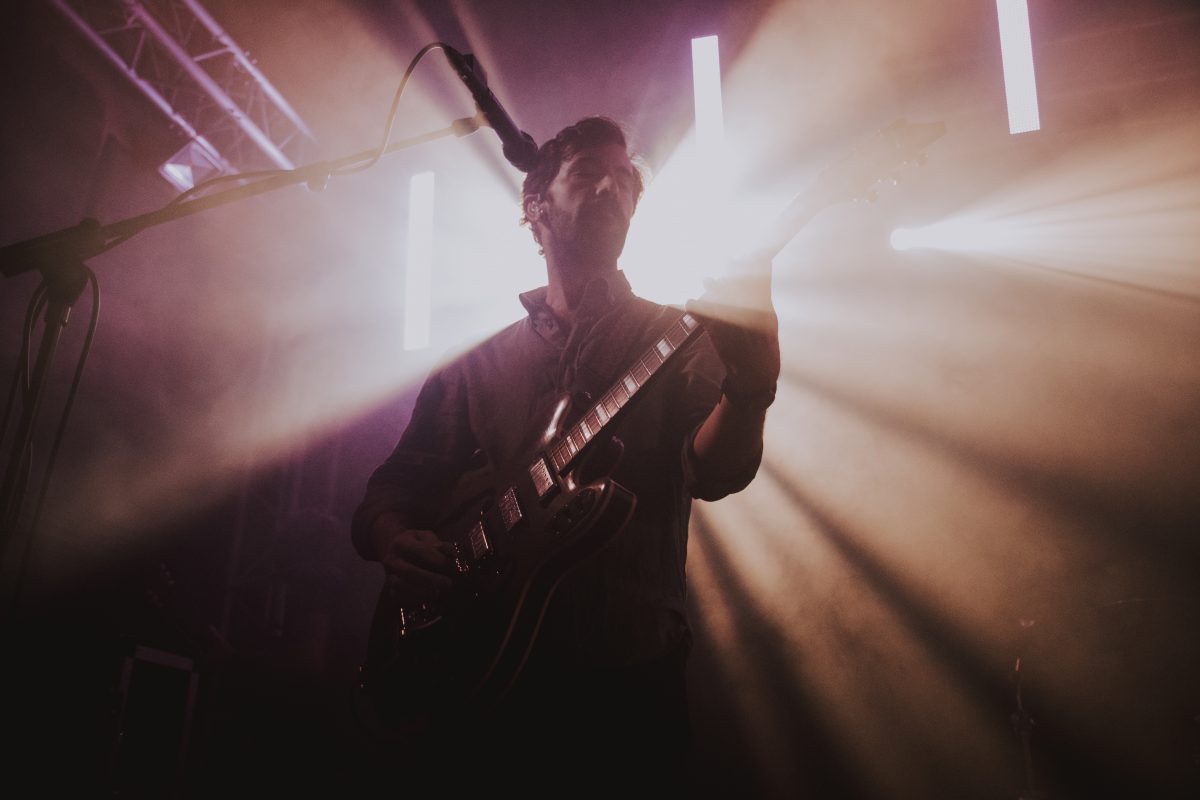 The Paper Kites serve up a masterclass in keeping it quiet, as Getintothis’ Will Truby reports from a debut Liverpool gig.

Though it’s only just turned 7.30 on this pretty freezing December night, the Arts Club Loft is already pretty fit to burst.

We struggle to find a comfortable spot to watch the set from, but edging through the crowd we can hear whispers of anticipation for The Paper Kites. Hailing from Australia, they haven’t played in the UK an awful lot, and tonight is their first show here. No pressure then.

Icelandic singer-songwriter Axel Flóvent takes to the stage shrouded by smoke and day-glow lighting. His set is  absolutely beautiful, just voice and acoustic guitar, but it sounds like so much more.

At no point does he push the volume, but what he does is manage his intensity and dynamics carefully.

Flóvent’s singing is absolutely on point too; there are no bum notes in the entire set, and everything sounds both very deliberate and also emotional. His is the kind of voice you could easily lose yourself in, both effortlessly emotive and intimate.

At times his music is in danger of all blending into one song though.

It’s the inevitable problem with performing solo with an acoustic guitar; without a backing band, it can be difficult to create variety and maintain interest. However, he’s certainly excellent at that soulful mountain folk thing, and he sets the tone well for tonight.

The benefit of changing your sound a partway through your career is that there’s absolutely no chance of your set sounding too samey.

The Paper Kites have done just this, exchanging lush airy folk for 80s tinged Americana soft rock on their most recent album that they’re touring in support of, On The Corner Where You Live.  And there’s absolutely no doubt that they pull off both styles.

Walking on to the instrumental opening track of said album, an instrumental jazz-lite track led by a soaring saxophone line, it’s clear they’re doubling down on this development.

Though the room is pretty much packed, you could hear a pin drop in many of these songs – or indeed a plastic cup from the bar at the back.

There’s little singing along or dancing here tonight, but in a way I think that only goes to show the attention that the band command.

Turning it up to 11 forces the audience to focus on you through sheer volume, which takes little skill really. But it takes a talented band to turn things down to 1 and still have that level of focus from the audience.

Throughout all of tonight’s music, it’s clear that the key to their success is certainly in the songwriting and the harmonies. most choruses are underpinned by four part harmonies, executed with such tenderness and accuracy that really should put them in the big leagues.

Interspersed between songs is frontman Sam Bentley’s dry wit, which definitely comes as a pleasant surprise in between the band’s earnest and moving material.

At one point he implores the couples in the room to be considerate of those in the crowd who’ve just come to have a cry in the dark. Chat during a set like this is invaluable, as it gives the normally very quiet and attentive audience a moment to breathe and feel closer to the band.

Talking having paid to be entertained at a gig baffles me. 3 people at The Paper Kites gig tonight were total tits. I reckon one of them fancied a fight. Why? Go to a gig and enjoy it don’t be a wanker.

Though the material off On The Corner… was definitely the most exciting stuff of the night, there were a couple of showstoppers from the back catalogue as well.

Paint and Bloom are moments of such utter intimacy and tenderness in music, and are the most singalong moments of the night.

The blending of their folk songwriting roots with the eighties sheen of the instrumentation gives off strong Bon Iver vibes, and with more and more musicians tipping their caps to eighties pop rock Paper Kites may find themselves sitting on a goldmine.

The band return for a simple one song encore of On The Train Ride Home, from the eponymous companion album.

It’s a perfect fullstop to tonight’s set, achieving a perfect blend of their folky and soulful older material with the larger instrumentation of their most recent album.

Though this is the band’s first time in Liverpool, it’s evident that there are absolutely no nerves in this unexplored environment.

Tonight’s set comes across as a truly perfect set from the band – the more upbeat soft rock material is definitely the best live stuff they have, but paired with selection from their intimate folk past and you have a set that covers the whole spectrum, light to dark. They can definitely come again. 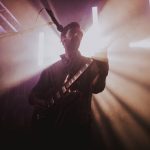 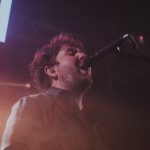 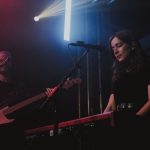 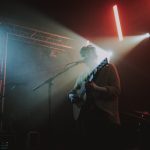 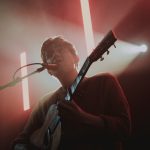 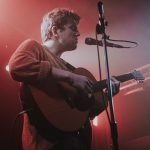 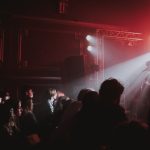 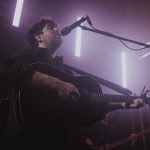 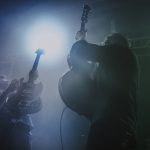 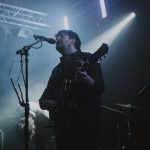 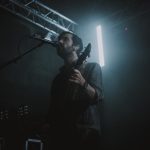 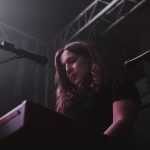