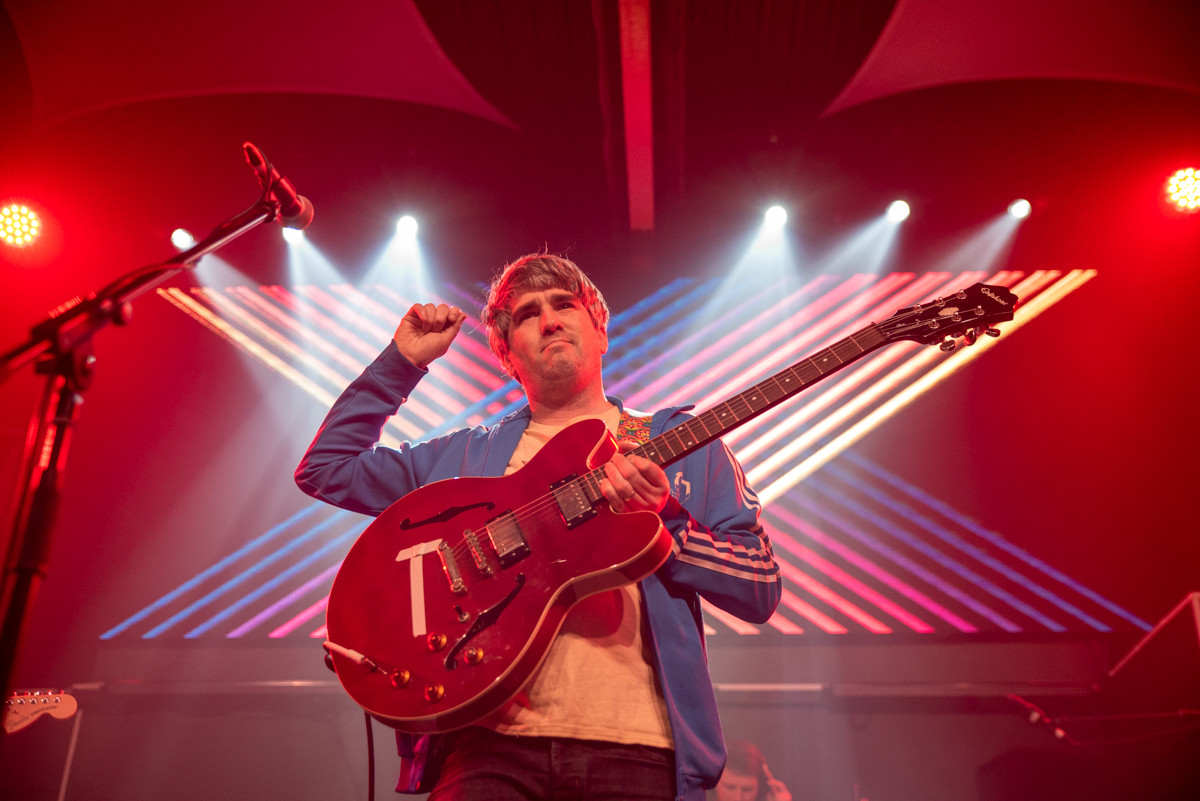 The Tea Street Band played a festive headliner in the Baltic, Getintothis’ Lewis Ridley headed down.

There’s no getting away from it. At the time of writing, Liverpool and its like-minded communities across the UK are grieving.

Hope suffered a crushing defeat at the hands of the Conservative party in Thursday’s General Election. Not since the infamous 1980s has Labour seen such a defeat.

I, perhaps naively, let myself believe earlier in the week that this Tea Street Band gig would be a victory celebration for socialism. It wasn’t to be.

That’s no loose connection, and no shoehorned reference. The relationship between this particular band and that particular cause has been prominent over the last few years, and existed long before that.

You’ll find members of The Tea Street Band at The Florrie, co-ordinating life skills workshops like, famously, frontman Timo Tierney‘s Florrie guitar club. If you haven’t watched that video from Sound City 2019, please do so here.

To them, and the brilliant people they give their time with, working in the face of adversity is nothing new. So, one would expect this gig to be just another night at work.

Sorry We Missed You review: a frightening reality to a state of the nation

So to work they went, kicking the night off with The Sway.

It’s often shrugged off as a gimmick, but this outfit look a Scouse band in all elements. The riffs are bluesy enough not to take over the show and leave space for vocals that twang and rasp across them.

A band of five, there’s plenty going on, and despite this being a short and sweet introduction to the evening there’s enough to wonder in which direction they’re set to head from here.

“Fuck the Tories.” – there’s nothing left to wonder there.

Jamie Webster was next.

You’ll know Jamie, even if you think you don’t. The face, and the guitar, of Liverpool FC’s European triumph last season. His songs are chanted globally by fans, but that wasn’t for this gig.

This was one of his non-football sets, and now signed to Modern Sky UK and having launched a single at The Zanzibar earlier this year – this was an important moment in his effort to be more than just Allez, Allez, Allez.

It’s on its way, too. There’s definitely some Gerry Cinnamon in there, it’s domestic, jumpy and proud and is extremely popular. But there’s a voice there, one that performs in a venue where it can’t hide.

Something‘s Got To Give is followed by the set highlight Weekend In Paradise. It’s no surprise this is his first proper single, and it’s no surprise that there’s a red wedge in Liverpool getting right behind this lad. 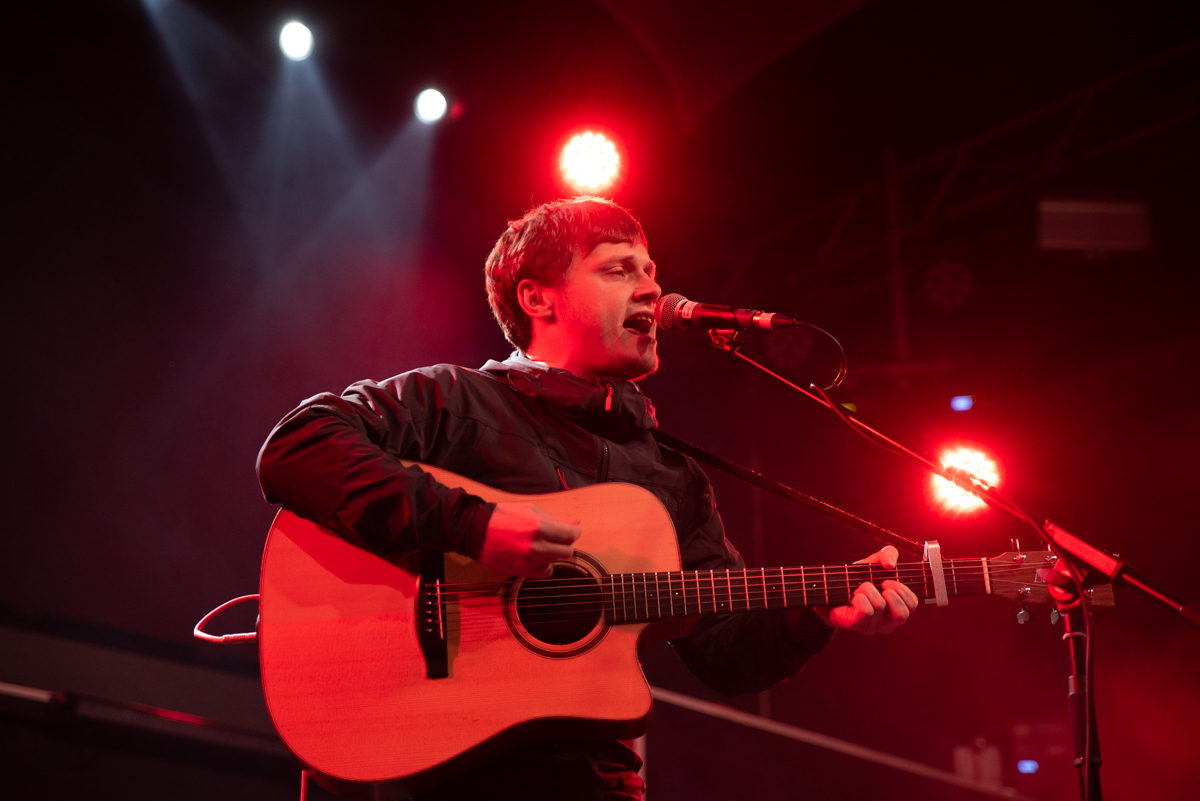 By the time The Tea Street Band arrive it’s 10 o’clock, the line between headline band or 2am rave fiends blurs further. They can do both, as Hangar 34 was about to find out.

But these weren’t uneducated heads here, they were seasoned followers of this band, or new kids on the block that know how it works. So when Summer Dreaming arrives, they know the score.

This was tough, though, no doubt about it. There were undoubtedly no shows, and on another night the venue would’ve been rammed. It’s not quite the same on stage, either, Tierney and Otaegui cut different figures to usual.

There was the trademark punch in the air from the former, and wise cracks from the latter, but it felt different. Deflated, frustrated. Thursday has hurt, and it had to be addressed.

“Thanks for coming out, we knew you’d support us. We’re all here now, so we might as well enjoy it.”

There’s a couple of backline issues, but approximately nobody’s night was affected by them. Plug out, back in, get on with it. They’re experts in their field and have done enough over their time to deserve some slack.

When Disco Lights is unleashed, though, they need none of the sort. For these moments, arms are in the air, there’s people on shoulders and groups of mates dancing facing each other. Everything feels right.

The closer, Fiesta, betters it. A track that almost finds a conclusion before winding itself back up and exploding into an ecstasy of sound.

The night ends with more of the same, provided by Ricci on Hangar 34‘s decks, and the dancing goes on.

There’s a famous banner that was hung outside St George’s Hall when Jeremy Corbyn came to town. “Unity Is Strength”, it says. Might I add another, with tonight’s gig in mind: “Music Is Power”. 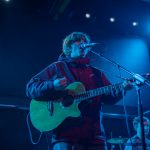 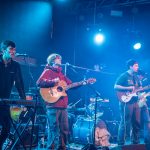 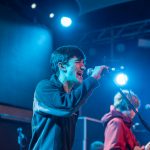 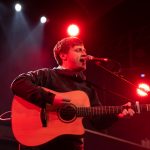 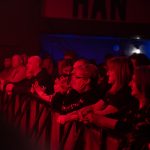 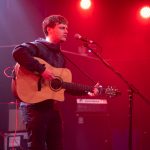 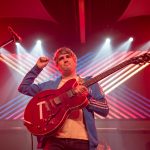 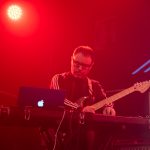 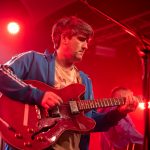 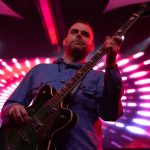 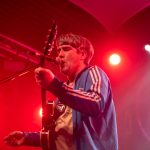 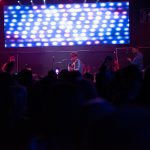