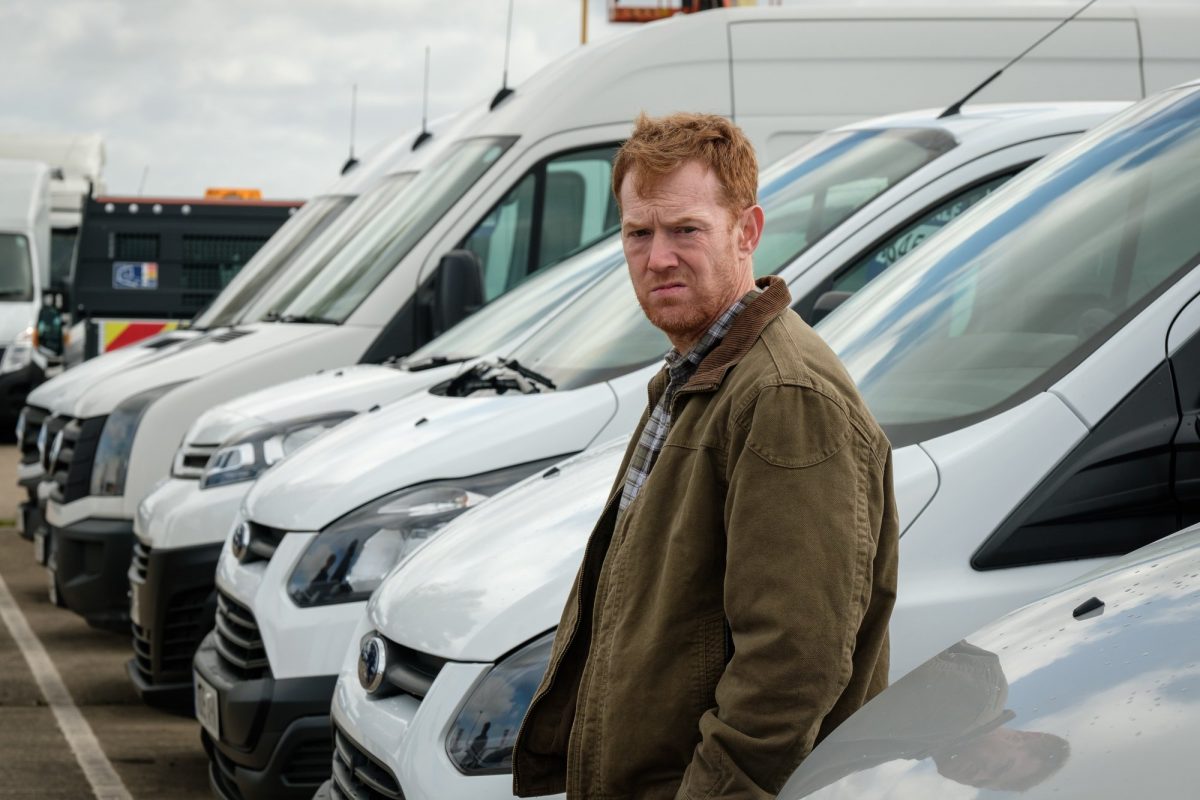 Ken Loach and Paul Laverty bring stark reality to screen on their latest film and Getintothis’ Simon Kirk is left worried yet unsurprised.

On a dreary Saturday night, the “opening” of Christmas sees swathes of people trudging the streets and as we drag ourselves along the sodden cobbles, it’s onward to big screen for the Ken Loach (I, Daniel Blake) directed and Paul Laverty written Sorry We Missed You.

Barely ten minutes into the film, and the realisation of the stunning correlations between to Sorry We Missed You and Richard Dawson‘s latest album, 2020, are too much to ignore. Coincidently, the respective art forms arrive from Newcastle upon Tyne.

Sorry We Missed You starts with former labourer, Ricky [Kris Hitchen], who has bounced from job to job since the Global Financial Crisis back in 2008. Ricky and his family succumbed via the Northern Rock crash where they lost their mortgage and any aspiration for home ownership to go with it.

Since, Ricky has barely kept his head above water, renting a no-frills abode his wife Abbie [Debbie Honeywood], a zero-hour contract nurse specialising in home care, and their kids, Seb [Rhys Stone], and Liza [Katie Proctor].

In a bid to escape plastering, landscaping, flooring and any other task consisting of backbreaking rigours, Ricky’s friend persuades him to bin the tools and join the brethren of the white van man, driving for deliver company, PDF.

Enter the cruel-eyed military-like boss, Maloney [Ross Brewster], who runs the company and would, quite frankly, scare a yard-full of Dobermans.

Speaking of hounds, lapdog-like, Ricky swiftly accepts Maloney’s job offer as a franchisee – code for zero-hour – just like Abbie who is battling her own day-to-day employment dilemmas, not limited to unpaid overtime and patients slipping through the cracks of an ailing system where neglect fast becomes the norm.

Rather than hire a company van at sixty quid a day, Ricky decides to procure one, resulting in Abbie having to sell her car just to afford the thousand pound deposit. No worries, though, Ricky is in business…

If Abbie’s problems weren’t enough, she is now subject to public transport to visit her “clients” (corporate slogan for patients), making her arduous days of endless hours that much harder.

Ricky is quick to discover that life as a “franchisee” isn’t exactly what it’s cracked up to be.

Employee benefits are non-existent. Certain deliveries, coined “precisors”, are to be delivered to the customer within a certain time-frame. After all, customers “get what they pay for” and  “are always right”, remember?

Then there are the toilet breaks which equate to pissing in discarded water bottles. A green-eyed monster seemingly created by Amazon‘s Jeff Bezos.

Ricky and Abbie are exhausted, spiralling further into debt and sleeping walking through the rigours of their respective jobs. That’s not to mention their family life, which is disintegrating before their eyes.

Eldest child, Seb, skips school in favour of adorning the walls of Newcastle with graffiti. Daughter, Liza, a gentle-hearted precocious soul, provides the matriarchal superglue that holds the family together, as is often the case where these pressures evolve.

However, Liza’s defence mechanisms suffer, for she starts wetting the bed amid the tension enveloping between her father and brother after Seb is caught shoplifting.

Sorry We Missed You‘s ending is bleak, with Ricky leaving his family literally clutching at his van while he ventures to work, battered, bruised, on two sanctions (a third and he’s “red carded”), and with a slew of financial penalties imposed by Maloney for reasons we’ll touch on shortly.

With Ricky onroute to a fresh day of hell, does he survive? Does it go on like this? The stark reality is that it probably does [go on like this], which boasts the question, expertly bestowed by Richard Dawson in Fulfilment Centre:

“There’s more – there has to be – more to life than killing yourself to survive.”

Ricky and Abbie’s profligacy comes in the way of a Saturday night curry with the kids and even then, Abbie is called out urgently to see a patient – unpaid work on a Saturday night where bosses exploit the good nature of their employees.

While Sorry We Missed You focuses on Ricky and his family, it’s Maloney’s role that provides the centre-piece to the film.

“They should erect a statue of me out there that says the ‘patron saint of nasty bastards,” says Maloney.

Zero-hour contracts. Franchisees, code for “Be your own boss, mate! 150 quid a day, never mind about the fine print and all that bollocks.”

People in positions of power hoodwinking the un-skilled and beleaguered working class who are sold a hollow dream. It’s gross subterfuge and it’s aloud to happen liberally.

Tory governments welcome it. Platitudes of “survival of the fittest” can be heard echoing from the chambers. People like Jacob Rees-Mogg love it. The wormy be-speckled vermin probably attributes it to “character building”.

When Ricky approaches Maloney for a week off work to deal with his son’s two week exclusion from school after being embroiled in a schoolyard scrap, Maloney, tersely responds with a non-nonsense appraisal.

A lot of things happened back in the day. There was a thing called racism. Sexism, too. It still goes on and while this writer would like to believe that we have progressed, we should be under no illusions that much more work is to be done. Sadly, there probably always will be.

If anything, it’s working conditions that have stagnated, with survival of fittest Tory doctrines enveloping a society whose collective mental anxiety is teetering on the spectrum. In most cases – particularly for those who have been in the workforce for over fifteen years – without even knowing it.

And it will only get worse. With the election only a day away and a likely Tory victory, there’s that other dreaded conclusion around the corner. Yup, that word is coming, folks. Brexit …

Sorry I Missed You isn’t just a “look-in-the-mirror” snapshot of working life. It’s as much a state of the nation address just like Richard Dawson‘s 2020 or Sleaford Mods‘ English Tapas.

So, back to Brexit. You know the European Union? Of course you do. The organisation that is the bedrock for employment rights. Where the United Kingdom is concerned, it’s possibly going to be as much use as a tattered rag. Yes, come next year, the implications of Brexit mean there’s a real possibility where you can wave goodbye to it, Ol’ Blighty. 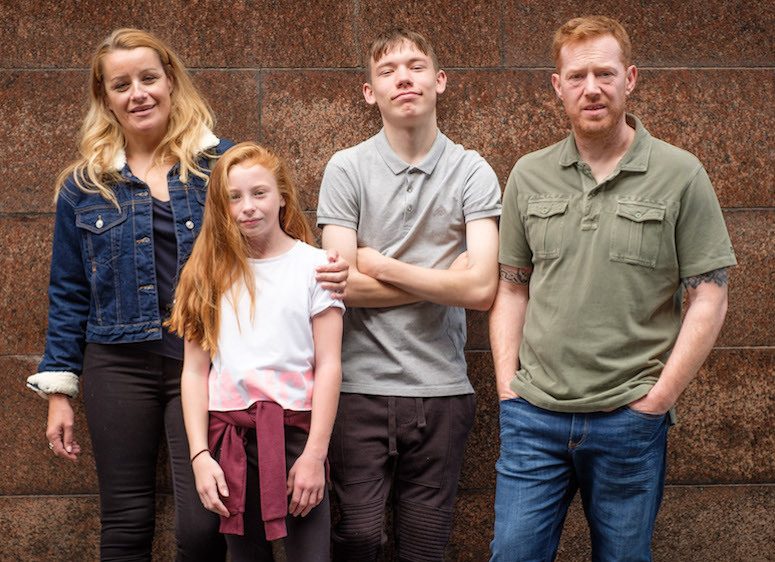 Under this Tory government, the needle of the human psyche has shifted for the worse. People in power preying on their subordinates to, you know, “do the right thing“.

Sorry We Missed You unmasks this scenario perfectly, when Ricky – loading his van for another day of deliveries – receives a phone call to collect his son from police custody after being caught shoplifting.

Whatever happened to the values of family first? Wasn’t that once the backbone of society. Community?

Not these days, “sanctions” and “daily fines” seem to fit more appropriately.

This is the emotional paradigm many working class people across the United Kingdom are met with every day.

As we know, it’s not just the private sector. It’s happening with the NHS, too – again highlighted perfectly by Loach and Laverty when Ricky and Abbie are left waiting three hours for an X-ray result after Ricky is assaulted by three renaissance thugs whilst taking a “toilet break”.

The waiting room is crammed with patients just like Ricky, who have been there for hours on end. Even Abbie, as a nurse, is sick to the bottom teeth of it and before long, she leaves with Ricky accordingly.

The United Kingdom boasts one of the richest economies in the world. We say it time and time again. How is this right?

So, while Saturday night was spent in the company of Sorry We Miss You with maybe half a dozen other sad bastards watching a faultless depiction of the human condition and the alarming state of zero-hour Britain, people were probably getting home from John Lewis wrapping up their Christmas presents.

While society chooses to sleep walk, the more instances like the ones that unfurl in Sorry We Missed You will continue. It’s that simple.