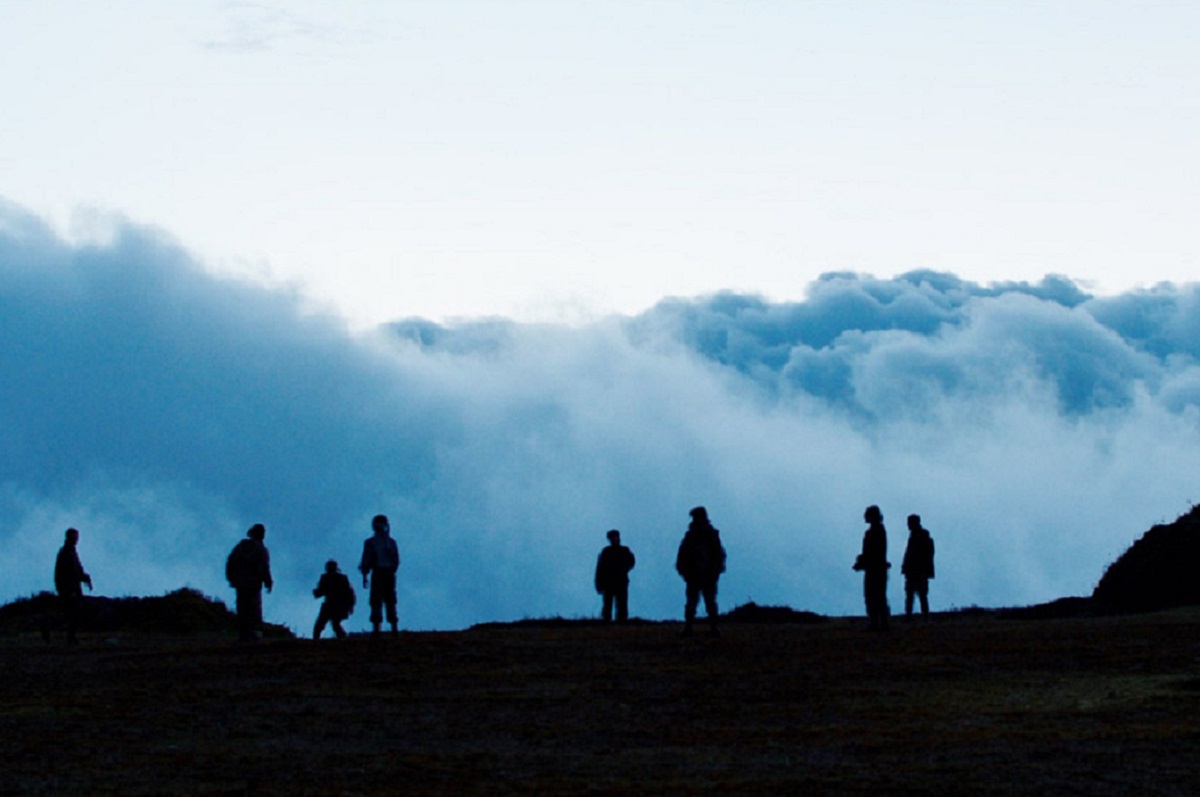 We meet a group of child soldiers on an isolated mountain top, their key priority is looking after a cow and a hostage.

The cinematography and score are stark and discordant, and as viewers, we are never told anything explicitly. Who is the war between? What country are we in? Where did these soldiers came from?

The soldiers themselves don’t have back stories or even real names, but child-like nicknames such as Bigfoot, Swede and Boom Boom.  They’re just there, but we know nothing.

This ambiguity, combined with the interactions we observe in the battalion, leaves the viewer feeling tense. The soldiers waver between the compliance required by the military life, and familiar teenage exuberance, with all of its exploration of sexuality, poor impulse control and group interactions that are, at once, cliquey, fluid and random.

Things do go wrong for the group, the outcomes of which are shocking and violent, though never gratuitous. From here, we go into the jungle, where once again, location and mission, are unexplained.

For these reasons, Monos has been compared to Apocalypse Now.

There is no Kurtz and its story has much less coherence than your standard Heart of Darkness narrative, however, the constant fear that comes from the unpredictability of the story and its characters is very reminiscent of Apocalypse Now.

Judy Garland, the rise of blockbuster biopics and why it’s important not to forget

In fact, Monos is all the more menacing because to see children acting like adults in such an extreme environment is disturbing and upsetting, perhaps a modern parable for why society should not do this.

This is a film of magical realism, but not one which delights.

Monos leaves you with the same sense of a nightmare, that when vocalised in the cold light of day, shouldn’t have scared you at all, but still leaves you shaken and a little unsteady.

This is a film worth watching as soon as possible.