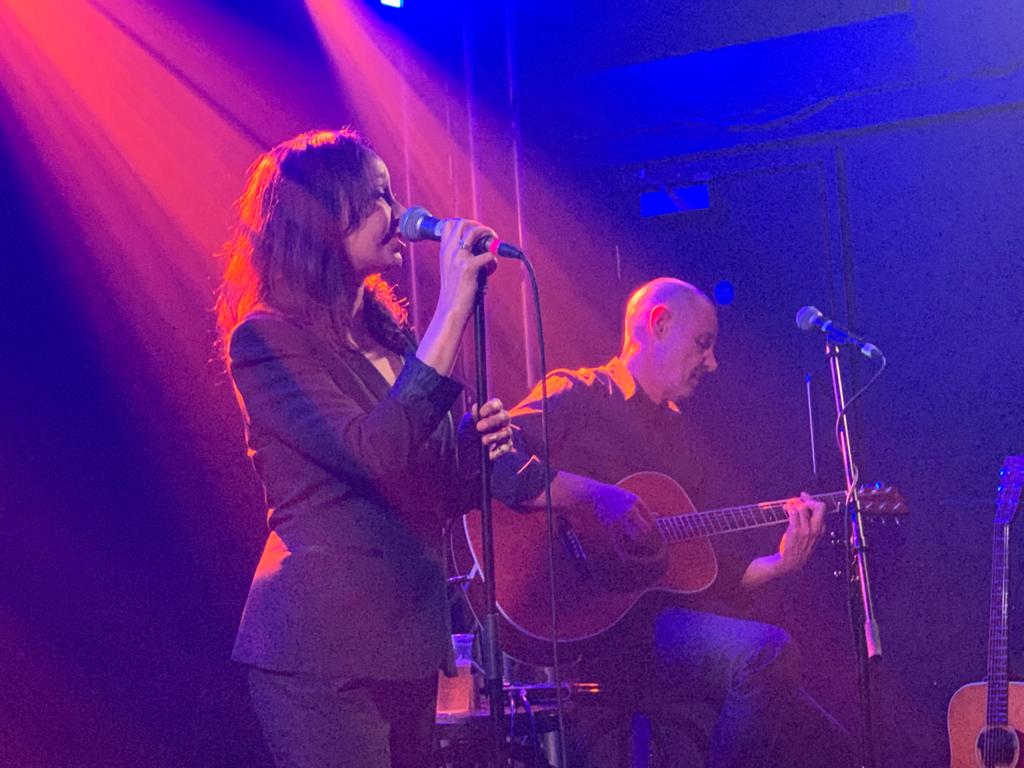 Echobelly deliver a stripped back set at Liverpool’s Arts Club and Getintothis’ Rogerio Simoes sees a band not content with nostalgia.

It’s Wednesday night, 24 hours before a much feared electoral apocalypse, and we’re safe and cold at the Arts Club.

Our story, however, begins a couple of blocks from here.

Everybody agrees that the News From Nowhere bookshop is one of the coolest places in Liverpool. Surrounded by revolutionary books, posters and music you start to think that maybe, just maybe, humanity will someday be saved.

So, a couple of weeks ago, what were they playing in the background? A Britpop band. Britpop??? Yes, but the feminist rebellious side of Britpop, represented by the one and only Echobelly.

Being played at News From Nowhere is proof that Echobelly have not been forgotten and are still associated with just causes. So we had to witness their visit to Liverpool, even with the slightly worrying label “stripped back” attached to its name.

In 1994, Echobelly’s wonderful debut album, the top 10 Everyone’s Got One, was at the heart of the British musical scene that became known as Britpop. Their guitars were as loud and distorted as Ride’s, and their lyrics as provocative as Manic Street Preachers’.

Sonya Aurora Madan, lead singer and co-writer of their songs, embodied the underrated feminist side of the 1990s.

She was “me too” long before #metoo. In fact, Sonya was not just “me too”, she was “give her a gun!!” – the name of one of Echobelly’s greatest tunes.

It’s with that glorious past in mind – but knowing that “stripped back” means an evening of acoustic acts –, that we welcome to the Arts Club’s stage the first attraction of the evening, Liverpool’s John Witherspoon.

A singer-songwriter in the best local tradition of Howie Payne and Bill Ryder-Jones, Witherspoon has been slowly getting wider recognition, after releasing the singles Mr Low Down and My Dad.

His music normally receives the full Americana treatment of guitars, bass, drums and the eventual piano, but he’s on his own tonight, with just his voice and guitar. In their purest version, his lovely ballads come out pretty nicely, so no need for anything else.

It’s quite poignant to hear him singing a song called My Mum, with verses such as “Thank you for giving me life, I rather like it, everyday now in the strength of your love, there’s nothing like it”.

Witherspoon’s set is full of emotional tunes and closes with Shining Man, a song talking about a “lonely”, “nowhere boy” trying to find his way out of troubled waters – “Salvation is on the inside, you’ll find it”. It’s compelling music, fully dressed with honesty, from a young man unafraid of sharing his feelings.

We continue stripped back, and Irishman Dave O’Grady comes next, bringing his band Seafoam Green on a three-piece version. Alongside singer Muireann and with Chris Nichols on double bass, the Liverpool-based group enchants everyone with their gorgeous American folk music with an Irish touch.

Having offered the full band-with-guitars-and-drums package in their 2016 album Topanga Mansion, as a trio Seafoam Green provides a much more intimate and delicate experience – and what a delight that is.

A few minutes into the set, we’re quickly convinced that O’Grady has the perfect partner standing by his side. Muireann’s beautiful voice forms with him a marvellous double act of male-female forces, in a kind of Sun and Moon alignment.

The set includes material from the album, such as Home – it’s pretty soothing the way they sing “Now I’m home, home, home” – and finishes in a more traditional tone, with The Auld Triangle, penned in the 1950s by Irish poet Dominic Behan.

Singing almost a capella, with only Nichols’s bass softly supporting them, O’Grady and Muireann deliver a moving performance of the sad story told by a prisoner in a cell, “along the banks of the Royal Canal”, warming our hearts in this cold night. Bravo!

For Echobelly and Britain’s music scene, much has changed in the past 25 years. From their original formation, only Sonya and guitarist Glen Johansson remain – they wrote all their songs anyway –, so it’s a much smaller incarnation of the first Echobelly we see on tonight’s acoustic set, even with added musicians on keyboards and bass.

In a bold statement, they start with two songs from their most recent album, 2017’s Anarchy and Alchemy, which marked their return to the studio after 13 years.

Yes, Echobelly do not belong only to the 1990s, and both Firefly and Faces in the Mirror are strong evidences of that – maybe we should listen to that record more often.

It’s hard to think of Echobelly and not to expect loud and distorted guitars, so it’s questionable whether a stripped back version of the band really works. It’s fair to say that it’s a mixed picture: it works well in tunes which were originally slower, while some of their hits lose out in unplugged versions.

Something Hot in a Cold Country proves to be a good fit, being slightly quieter and one of the less noticed tracks of their top 5 platinum album On (1995), but having one of the best chorus to sing to.

The fans were looking forward to singing to King of the Kerb and Great Things, the biggest hits of that same record, and they do it with pleasure – which is great to watch. The songs do lose much of their power, however, having been deprived of electric guitars and drums. So no dancing this time, I’m afraid.

With Dark Therapy, Echobelly do one thing that sounds great: a small but significant change in the song’s arrangement. Sonya announces that the tune will open with the piano, instead of the guitar, and the result is lovely.

It’s a powerful and gorgeous tune that closed that album perfectly, with a crescendo of guitars putting down the curtain on their debut. On this acoustic night, it works just as well, almost finishing this fairly nostalgic evening.

Perhaps as a way of bringing things nearer the present – or the future –, they close with Giving It All, a song Sonya and Glen wrote as Calm of Zero, the name they temporary used as a duo a few years ago.

It’s great to see Echobelly active and their fans happy. Hopefully Sonya and Glen will soon go back to their electric and noisier mood – as well as to the studio to produce another good record.

They may have mellowed, but the rebellious music and statements of their past will remain with them, with us and in places like News From Nowhere.

Once a rebel, always a rebel. 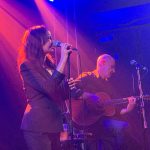 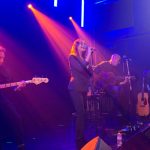 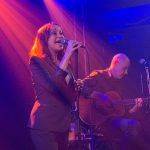 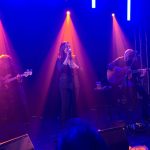 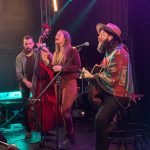