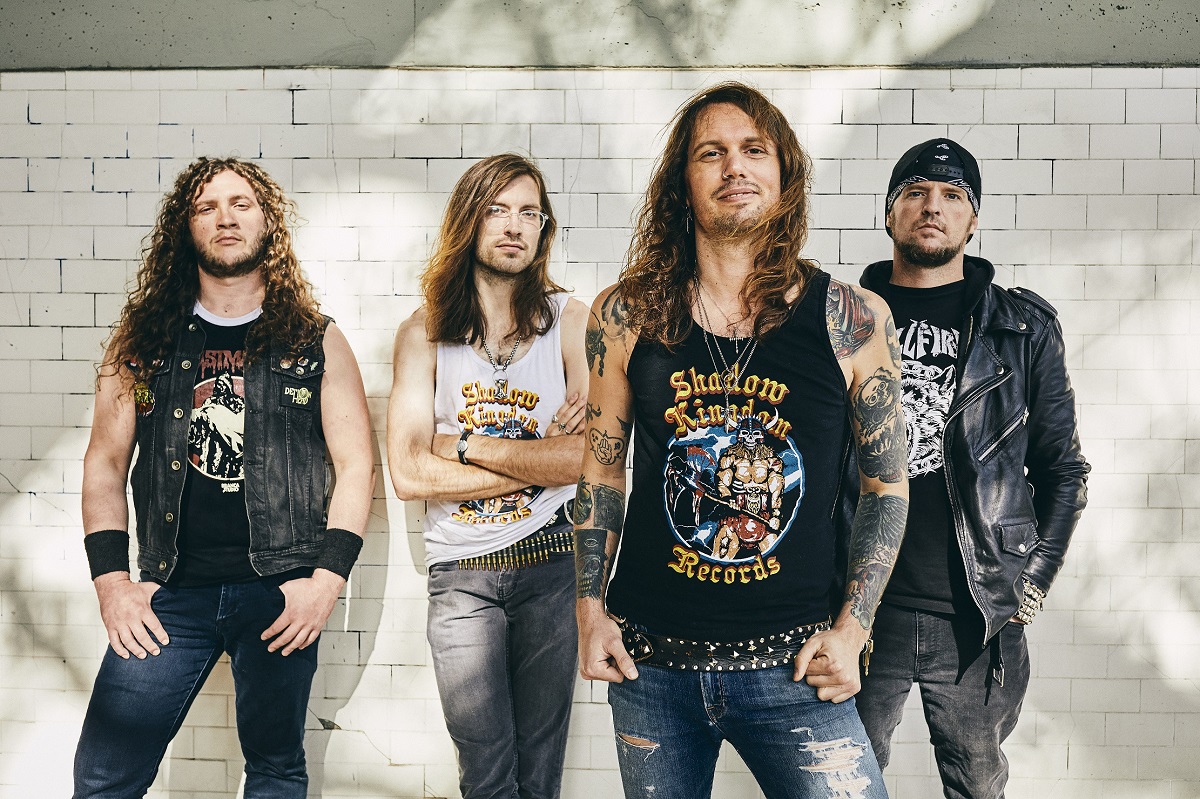 Carcass are back, reunions galore and the Top 10 of what’s in store for metalheads as Getintothis‘ Nedim Hassan kicks off the New Year.

2019 was certainly a momentous year in metal and the ideal way to close out the decade.

Last year will be difficult to surpass. Not only did we see some heavy hitters return with long-awaited albums – from Tool, to Rammstein, to Slipknot – we also saw some truly memorable live shows.

The return of Tool to these shores at Download; The Scorpions and Parkway Drive’s scorching headline performances at Bloodstock Open Air; Slayer’s final ever live appearance at Download; Rammstein in Milton Keynes; the list goes on.

Yet, before we get all nostalgic for our immediate past, here are ten reasons for metalheads to be downright ecstatic about the dawning of a new decade.

1. The return of Carcass

Just as Planet X may never have a plaque to commemorate its importance to the city of Liverpool’s underground music scene, outside of metal circles Merseyside’s most influential metal act (and long-time Planet X house band in the late 1980s) , the mighty Carcass, may never get the recognition they deserve.

Make no mistake about it, Carcass are one of the most significant bands to emerge from Merseyside, period.

They should be revered in much the same way that other rock acts from the area, such as Echo and the Bunnymen or The La’s are. But they are not and, quite frankly, we are not sure they care.

What is guaranteed is that when they release new material this year they will continue to pick up where they left off with one of the last decade’s greatest metal albums, Surgical Steel (2013), and produce music that will tear our faces off.

New single Under the Scalpel Blade is already startling evidence of that. 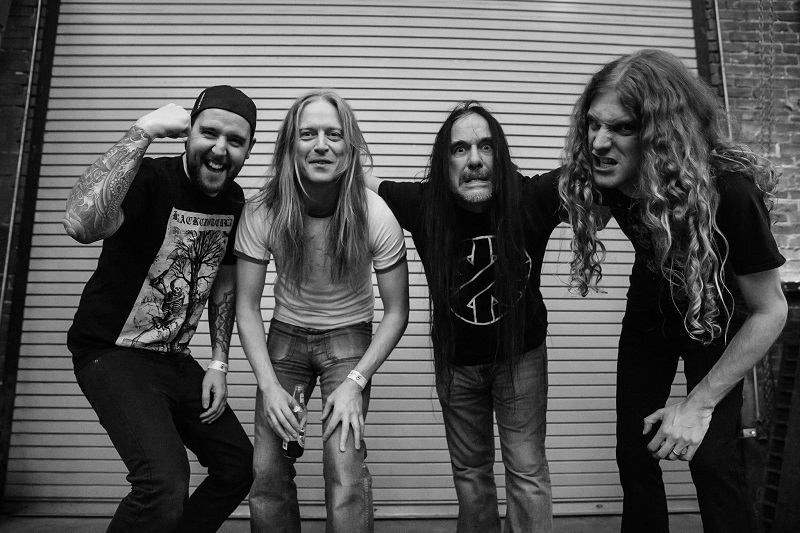 2. The season of the witch will come early this year

Switzerland’s Burning Witches have wasted little time in continuing to ramp up their spellbinding blend of thrash and power metal since their 2017 debut and 2018’s brilliant sophomore album Hexenhammer.

Recent EP Wings of Steel showed that, despite the departure of original vocalist Seraina Telli, the all-female outfit are not about to take a backwards step.

Their new album, Dance with the Devil, will be unleashed on March 6 through Nuclear Blast.

UK audiences can see them in the flesh during the same month as they are hitting the road in support of beer swilling folk metal rabble-rousers, Korpiklaani, on their Land of a Thousand Drinks UK tour.

The tour stops off at Liverpool 02 Academy on March 14.

3. A year of reunions

From Mötley Crüe to Rage Against the Machine, it seems that 2020 is the year for rock heavyweights to get back into the ring.

However, for our money there is only one must-see comeback tour during 2020.

As the band’s frontman, the legendary King Diamond, revealed on Instagram last year, influential occult metal act, Mercyful Fate, will play an “unspecified number of concerts throughout Europe during the summer of 2020.”

Furthermore, their sets on those dates will consist solely of material from their seminal early albums Melissa and Don’t Break the Oath, together with “brand new songs written specifically in that very same style.”

We have been getting our pentagrams out and attempting to sell our souls to various demons ever since in order to try and convince them to confirm a UK date.

We are merely moments into 2020, but as Slipknot and Behemoth join forces on their current tour for gigs which are set to shake the very foundations of UK arenas, we wonder whether they have already claimed the award for the heaviest shows of the entire decade. 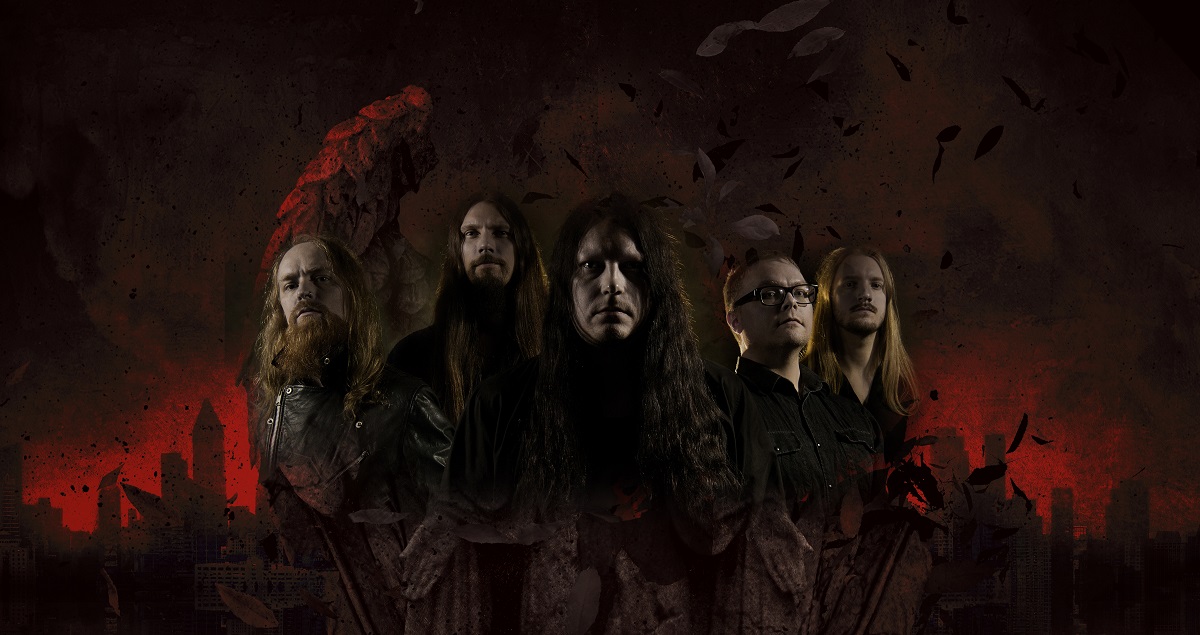 From the moment they had to move away from their death-doom roots for 1998’s Discouraged Ones, Sweden’s Katatonia began a creative streak that was arguably unrivaled among their peers.

Successive albums saw them refine a uniquely progressive gothic metal sound that unearthed icy masterpieces such as Viva Emptiness, Night is the New Day and, for this writer’s money, the greatest metal album of the 2000s, The Great Cold Distance.

Then, after touring in support of 2016’s prog-laden album, The Fall of Hearts, the band inexplicably announced that they were taking a hiatus. On social media they even changed the band’s status to “on hold.”

Fans held their breath. Would we ever hear new music from the band again?

Thankfully, we now know the answer.

2020 is the year when Katatonia will reveal their, as yet untitled, eleventh studio album through Peaceville records. The Dead End Kings are back.

6. The Prince of Darkness returns

By now, none of us should be surprised by Ozzy Osbourne’s resilience.

Yet after several bouts of illness and a UK tour that has been delayed by more than a year, we could be forgiven for thinking that the Prince of Darkness’ career was winding down.

But, of course, we’d be wrong because, not only has the tour with metal Gods, Judas Priest, been rescheduled for October and November 2020, but he’s only gone and announced that his new album Ordinary Man will be released as soon as February 21.

No rest for the wicked indeed.

7. The new wave of traditional heavy metal continues to carry the torch

Over the last few decades, the proliferation of sub-genres in metal has continued at a sometimes bewildering pace.

Now and again though (actually, for this writer, interpret that as quite a lot) there is nothing that compares to a classic heavy metal sound – instantly recognisable riffs, soaring guitar solos, melodic, clean vocals.

Steeped in the sound of Priest, Maiden, Saxon and other NWOBHM legends, as well as an intimate appreciation of the genre’s founding fathers (Sabbath, Purple, Zeppelin), there are bands who are carrying the torch for classic metal into the new decade.

These so-called “New Wave of Traditional Heavy Metal” acts have been around for a while and this simplistic label belies the fact that this sound has never truly gone away.

Yet, the sheer unbridled joy for classic metal that characterises the recent music of leading US acts in this field such as Haunt and Sumerlands is reaffirming our faith that the metal flame will not be extinguished once the likes of Priest depart the stage for good.

Indeed, as will be revealed in our new end of month metal reviews column, Haunt’s impending new album is set to be one of the standout releases of the year.

Rather aptly, 2020 sees the 20th anniversary of Bloodstock Open Air.

The UK’s largest independent metal festival has evolved from humble beginnings as an indoor festival in Derby’s Assembly Rooms to becoming one of the most important outdoor international festivals on the metal calendar.

Bloodstock’s willingness to nurture the next generation of festival headliners, as well as deliver the goods with some of the most popular acts in the world, is exemplified in this year’s line-up.

Metal Gods Judas Priest return to headline the Ronnie James Dio stage with what is sure to be a glorious celebration of their monumental back catalogue during their 50 heavy metal years set.

While debut main stage headliners Devin Townsend and Behemoth will, in different ways, highlight the way that the festival gives a platform to artists who push the boundaries of extremity and experimentation.

If Carcass are Merseyside metal’s Godfathers then it is fitting that in the same year that they unleash their latest slab of sonic fury, the most exciting metal talent to emerge from Liverpool for many a year also have a new release.

Fresh from a breakout year that saw them nominated for ‘Best New Band’ at both the Metal Hammer Golden Gods and the Heavy Music Awards, Loathe will release their second album I Let It In And It Took Everything through SharpTone records on February 7.

The album release day also coincides with a hometown show at O2 Academy 2 Liverpool, while earlier in the day the band will be signing copies of their new album at Jacaranda Records.

On the evidence of breath-taking new single, Two Way Mirror, this is one event that local metal heads should be placing in their diaries now.

Aside from new music from Carcass and Loathe, there are still plenty of reasons to keep an eye on the Merseyside metal scene in 2020.

The line-up is spearheaded by rising stars Ashen Reach, who are currently raising funds for their debut album, having recently released their latest sumptuous sounding single, Tear It Down.

We are also counting down the months until the Video Nasties reveal their debut album, Dominion, which is aptly set for release on Friday March 13 through APF records.

Ever since we witnessed them live and became enveloped in the eerie green fog that accompanies their distinctive take on black ‘n’ roll, we have been drawn to their music like a zombie scenting blood in a Lucio Fulci film.

It won’t be too long now before we get to feed.

Those beautiful bearded weirdos at Deathwave Entertainment certainly spoiled us last year when they brought us The Bloodstock Metal 2 The Masses Merseyside heats and final.

This year, they’ll be doing it all again starting from April 10 and if the standards of last year’s final are anything to go by, the competition is going to be fierce.

We will be back in a few weeks with our round up of the latest new releases that have kept our horns up. In the meantime, keep supporting your scene.