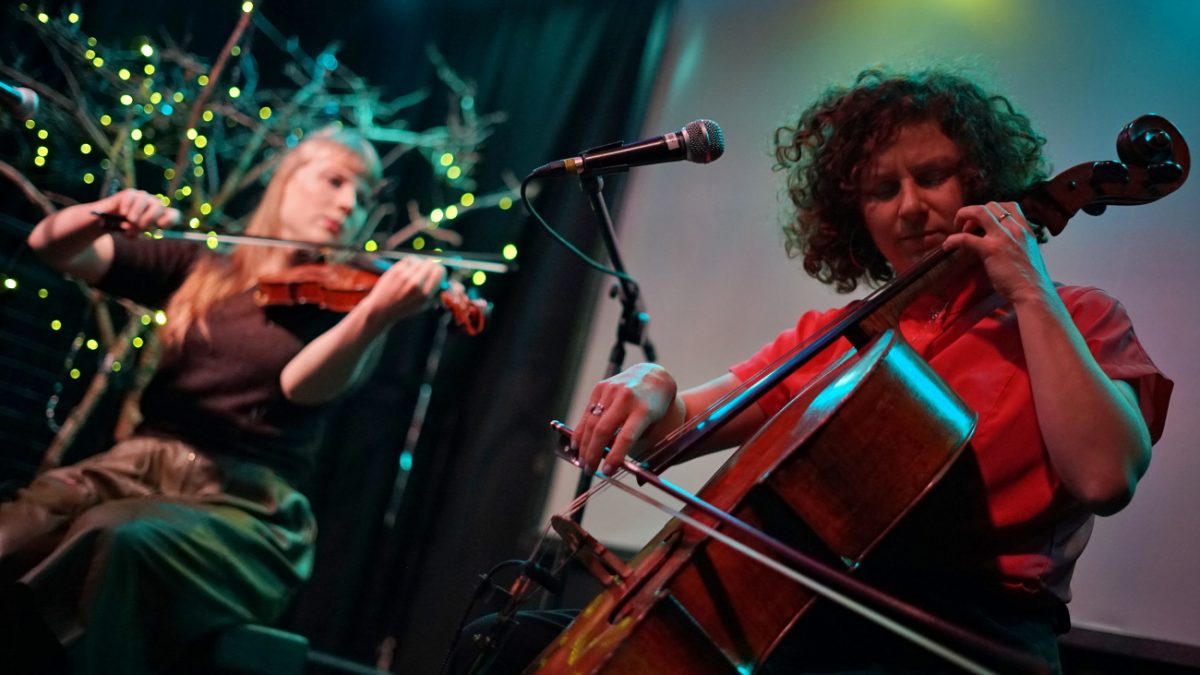 Folk duo, Fran and Flora made a long-awaited trip to Liverpool to play the Kazimier Stockroom and Getintothis’ Rogério Simões was in attendance to see something altogether different.

Friday night at the Kazimier generally feels like a party.

Tonight confirms the rule, but this party is a little different, Fran & Flora are here to perform in The Stockroom, and they don’t bring a guitar, keyboards or drums with them.

They’re an exciting duo who play cello and violin, they hail from London and they have been mesmerising ears throughout the country with their wonderful exploration of classical and folk music.

Tonight we’re gonna party like it’s a long time ago.

And we mean a really long time ago, something to the order of six hundred years or so, because that’s where the opening act, Jonathan Hering, is taking us.

He stands on stage and before starting his first piece, stresses the song is a cover, from around the year 1400.

Hering is a classical singer whose approach to music from centuries ago is traditional and fresh, while faithful to original details of the pieces Hering spreads his vocal talents to produce live polyphonic music all his own.

With the help of live looping effects, he performs all vocal variations in works that would require a choir, and the result is impressive. When he jumps to 1700 to perform Antonio Lotti’s Crucifixus, Latin is not our forte, but we get the gist, the variations between low and high notes get even more extreme, and we can tell everyone in the Stockroom is somewhat transfixed.

Transfixed not only by Hering’s voice but because behind him there is a screen showing some incredible visuals produced live by artist Laura Spark.

The work – named The Untuning of the Sky: Part 2 – involves an overhead projector, colourful inks, transparent plates, water, with drops of red, blue and yellow floating through the window of an old church.

Who would imagine that partying like it’s 1400 could be so cool?

We’re now definitely in the mood for Fran & Flora.

Francesca Ter-Berg on the cello and Flora Curzon on violin, they take their seats on stage, tell us that this is their first performance in Liverpool and explain that their work is based on music from Eastern Europe.

They say they’ll start with Doina i, the first ‘doina’ of the evening, a type of music from that part of the world, but which hails mostly from Romania. They explain that their first piece is an old lament, and it does feel so, as Fran’s cello sounds melancholically deep, making us imagine some suffering from a distant era.

They follow with Romanian Fantasies, which is the first of many opportunities for Flora to enchant us with her exquisite violin playing.

Francesca and Flora are very talented young musicians, virtuosos involved in many different projects, but their work together has allowed them to create something very special. Their exploration of folk and classical material has been widely praised, particularly after their first album, Unfurl, which was released last year

Francesca is a specialist in traditional Jewish music, while Flora talks about her connections to Eastern European nations. They combine interests, experience and skills to produce some fascinating music that works brilliantly in this particularly cosy Stockroom, and Flora eventually calls the venue “perfect”.

At some points during the evening, the event appears to be under siege from what’s going on outside, there is some bleed-through from the DJ in the garden, but the pair joke that they seem to follow the rhythm coming through the wall. It seems as though the competition outside is on their side.

Fran & Flora didn’t have to sing, but they do, beautifully too, as in La Obreja, a song Flora learned in Moldova and which she performs only with her voice. Emotion is not an instrument, but plays an important part too.

When their pace quickens and the volume is raised, the pair exhibit incredible musicianship, making the most of their instruments’ power to produce passionate music. While our eyes watch Francesca’s and Flora’s fingers accelerate over the strings, we wonder if the DJ outside will knock on the door to complain.

The banter on stage is as affecting as you could imagine, the pair tell stories about the songs they play, particularly those sung in Yiddish. Francesca gives us the interesting background about a tune that used to be sung by factory workers in Russia who refused to embrace Zionism.

Before performing Stardust, another ‘doina’, Francesca tries to explain how the song discusses the Spanish Inquisition, then the Crusades, and we start to imagine some medieval massacre, Game of Thrones style. “No, no death involved. It’s all love”

Towards the end of their set they introduce a medley of songs from different backgrounds, and what we get is the most powerful example of the music they make, the intensity increased with every note.

In a genuine show of appreciation, the audience shouts “more!!” when Fran & Flora seem ready to go home, having thanked the audience for the effusive applause. “Are you sure??” asks Francesca.

Of course they are.

After some complex cello tuning, Fran & Flora perform a piece that begins with a whisper and ends on a crescendo that makes everyone forget that there was even was a DJ outside in the first place.

The amazing duo stands up again, and take one last bow to rapturous applause. Francesca and Flora are all smiles, having conquered the Kazimier, and the audience is delighted. We can’t wait to welcome them back. 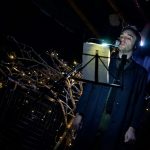 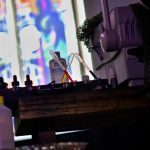 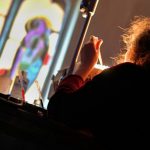 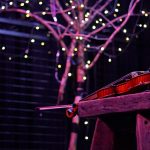 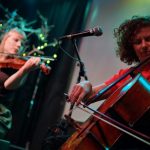 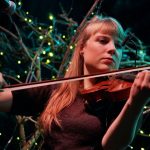 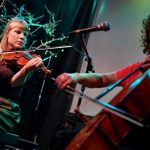 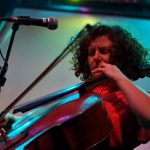