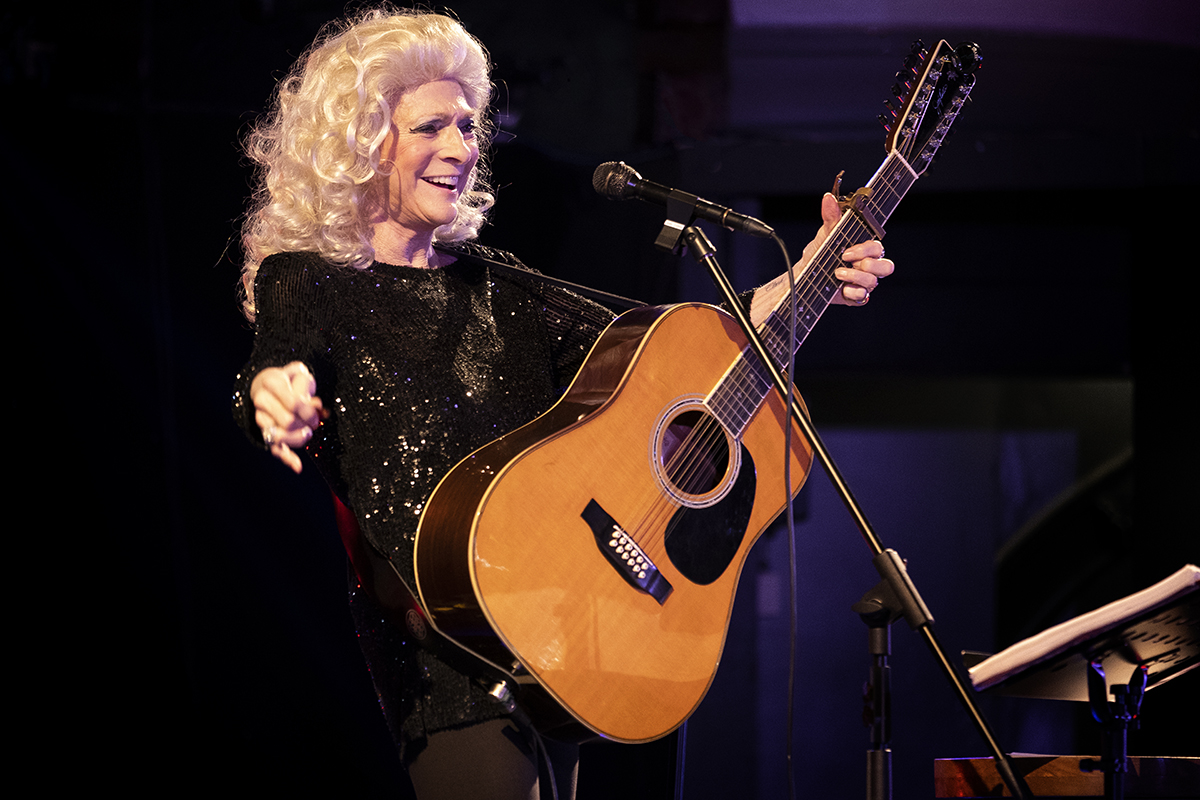 Judy Collins brought a taste of the 60s to Grand Central Hall, Getintothis’ Rogério Simões was there for an evening of music and stories.

Something happened when the clock stroke midnight a couple of weeks ago, on December 31st.

As we reached the 2020s and embraced a new decade, another one started to fade.

The 1960s are now more than half a century behind us, and it feels like we need to stretch our necks while looking back, in order to get a glimpse of those years, now almost hidden behind a curve of history.

That’s why tonight is so special. Tonight, the most unforgettable of all decades is not fading in the horizon, but right in front of us, in all its glory, in the form of folk singer Judy Collins.

This is no time machine, though. This is 2020, and Collins came to Liverpool’s Grand Central Hall as part of a new tour, in support of a new album, shining and kicking into the new decade.

At 80, she’s sharing with the world her angel’s voice and refined musicianship through old classics, recently recorded tunes and, of course, incredible stories from the 1960s. We are lucky to be here.

With neither support act nor time to waste, Judy Collins comes to the stage at 20h, carrying a 12-string acoustic guitar, impeccably dressed in glittery black mode and bringing pianist Russel Walden as her musical companion.

She starts with Joni Mitchell’s Chelsea Morning, which Collins recorded in early 1969 right before Mitchell’s version came out – the first indication that the setlist is similar to the one she presented in Manchester last year.

After saying that she’s honoured to be playing in Liverpool, Collins brings a lovely version of The Beatles’ Norwegian Wood, with Walden forming a gorgeous vocal duet with her in the chorus. She then starts sharing with us stories of her life, which she punctuates with bits of songs she heard and learned while growing up, including My Funny Valentine and Danny Boy and Barbara Allen, each tune bringing a few chills to our spines.

Personal stories then become 1960s stories. First Collins tells us how she started playing professionally in 1959 in Michael’s Pub in Boulder, Colorado – she was born in Seattle, in 1939, but her family moved to Colorado in the 1940s.

Then she describes how she bumped into Bob Dylan in New York, in 1961, and didn’t think much of his talent – an opinion she would soon change completely.

That is the cue for a beautiful performance of Masters of War, Dylan’s song that she recorded in 1963. A perfect link between the turbulent 1960s and the despairing 2010s, Masters of War is the greatest song Dylan’s ever written – you don’t have to agree with this, just take it as a fact. Sung by Collins, its rage comes out dressed in grief.

Dylan continues to be the topic, and Collins follows with Mr Tambourine Man – included in her Fifth Album, from 1965. She tells us how she heard Dylan writing it, in a room behind a blue door, at the end of a house party we would all die to be in, then performs it with additional emotion. The audience’s response is moving, with a singalong in the chorus and much deserved long applause in the end.

Another great 1960s character joins her narrative, her ex-lover Stephen Stills – their brief relationship generated Crosby, Stills & Nash’s suite: Judy Blue Eyes, so we should all be thankful for their romance. The subject, though, is more recent: the album she recorded with Stills in 2017, from which she sings River of Gold.

Collins stays in the present and talks about her new album, Winter Stories, released last year and recorded with Norwegian singer songwriter Jonas Fjeld and bluegrass band Chatham County Line. It’s a folk album with a pretty traditional feeling, beautifully crafted, and from which she performs Jimmy Webb’s Highwayman – its verses “But I am still alive (…) But I am still around (…) And I’ll be back again, and again, and again” working as a public statement of resilience from Collins.

Another wonderful 1960s story comes. Judy Collins recalls that, back in 1967, she had “passed out” – people didn’t sleep back then, they passed out –, and her friend Al Kooper (music producer, founder of Blood, Sweat & Tears) called her at 3h in the morning. Collins picked up the phone and heard what her friend had to say.

It was New York City, he had just met a girl that night who was good looking and wrote songs, “so he followed her to her apartment”. Kooper said he immediately thought of Judy and passed the phone to the girl, who was a still unknown Canadian called Joni Mitchell.

Would that story happen today? Nope. Today’s Al Kooper would send a text or audio message, which today’s Judy Collins would read the next day, to reply a couple of days later. Perhaps we should all learn from that, ditch our smartphones and start calling each other at 3AM with some good news.

Having shared that lovely piece of history with us, Collins sings Mitchell’s Both Sides Now, which she released in 1967 and was her first proper hit. End of part one – yes, tonight’s show is like in the old days, two parts, with a 20 minute interval.

Collins comes back on her own, now wearing a shiny, sparkling pink jacket and without her guitar. She sits at the piano and reminds us that she’s a proper pianist – it was with the learning of classical piano, as a child, that her musical journey started.

She plays for us one of the first tunes she wrote, My Father, followed by an exquisite rendition of Leonard Cohen’s Suzanne – the song that made her convince Cohen that he was indeed a songwriter and should start singing himself.

She plays a couple of her own compositions, New Moon Over the Hudson and the delightful The Blizzard, which closes Winter Stories and allows for some stunning piano playing by Collins. There’s still time for Send in the Clowns, from her 1975 album Judith, before she thanks the effusive applause.

Just got out from seeing the great Judy Collins in Liverpool. What a beautiful voice she still has. Amazing. Blown away.

Everybody wants an encore – and we get it.

Collins comes back, for an emotional version of Amazing Grace. Standing in the centre of the stage, Walden at the piano, she invites everyone to sing with her, which they do, building a heart-warming collective experience, a communion of sorts. After that emotional scene, she thanks everyone again and leaves.

What we learned tonight is that the 1960s, or at least the spirit of that unforgettable decade, has not gone away. Instead of stretching our necks to try and find them more than half a century back in time, we can feel those years around us and within us.

We can carry them with us all the time and manifest them whenever we want, through the voice of Judy Collins, the songs of Bob Dylan, the poems of Leonard Cohen or the spontaneous call to a friend in the middle of the night.

Collins’ performance might have helped us to find the best resolution for the 2020s: let the 1960s in. 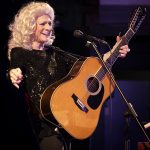 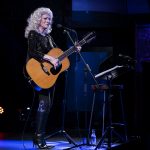 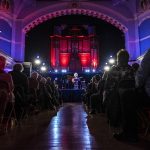 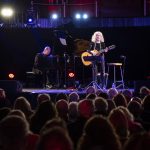 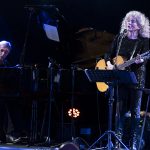 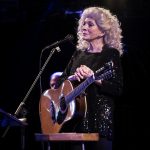