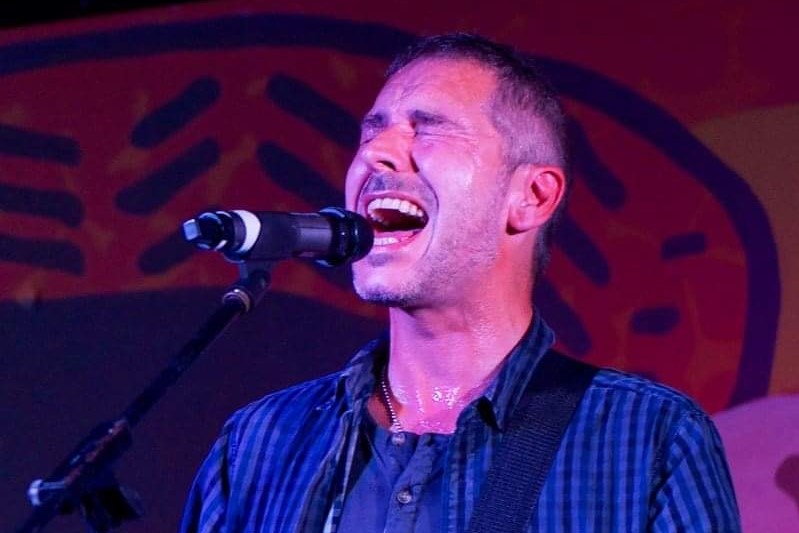 Edward James Murphy is one of Liverpool’s finest songwriters.

He perhaps remains best known for Rain’s 1991 single Lemonstone Desired – but the body of work that he would later produce with Proper and Waste contains music that stands shoulder to shoulder with the very best that Merseyside has birthed.

I worked closely with Ned when we were both based at The Liverpool Music House, 51-55 Highfield Street. It was 1996 and I was a teenage tape operator.

Proper had taken over the downstairs studio recently vacated by Lightning Seeds‘ Ian Broudie and the band were happy for me to sit in on their rehearsals and recording sessions – in exchange for me making regular trips to Sayers on Dale Street or to Studiocare across the hallway when DATs were needed.

They were signed to Chrysalis and released one single Catch Me A Star in 1996.

Proper toured extensively in the UK and recorded one unreleased album with producer Hugh Jones (Icicle Works, Echo and the Bunnymen, Dodgy, The Bluetones) at Rockfield Studios in Wales.

They were managed by Mark Cowley at Hug Management who, against all odds, had guided Space to the upper reaches of the UK Charts.

Space guitarist Jamie Murphy was Ned’s nephew. This did not mean however, that the two bands were happy stablemates: a rumoured falling out between ‘Uncle Ned’ and Space singer Tommy Scott (which had occurred backstage when Tommy’s former band The Australians supported Rain several years previously) meant that Proper were never invited to support Space on any of their UK tours. 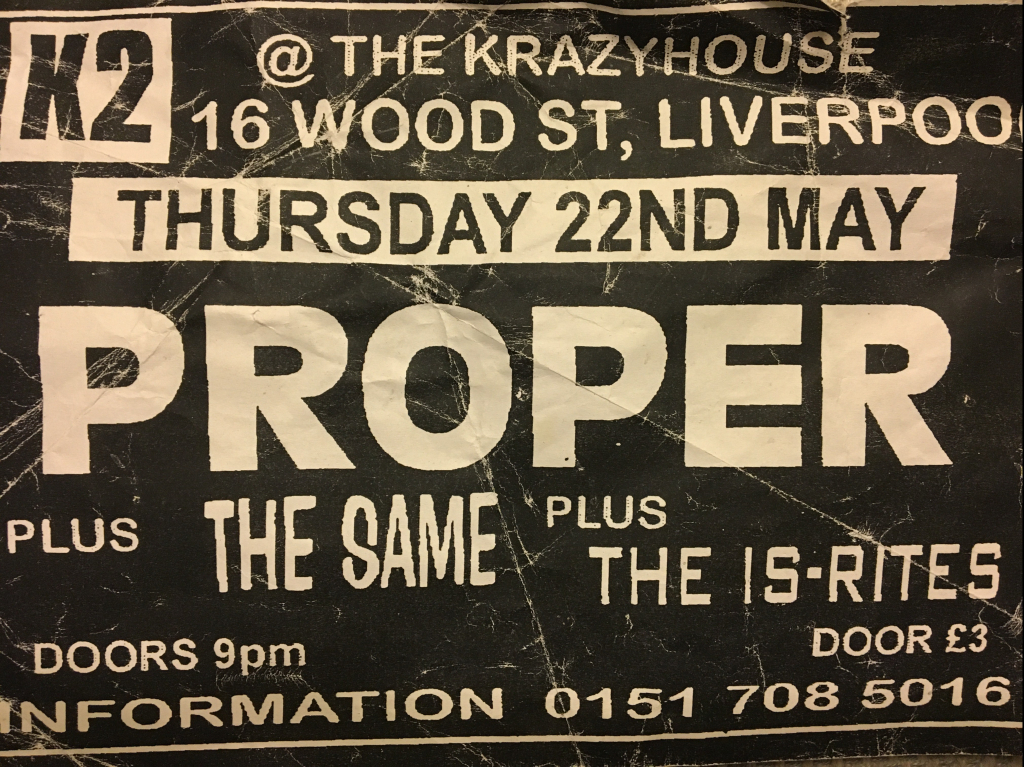 One time the two bands did share a stage was when they both opened (along with Goldblade) for Dodgy at their Big Top event in Sefton Park in 1996.

I was Ned’s guitar tech at that show. I was 16-years-old and had absolutely no idea what I was doing.

The video for Catch Me A Star featured on the ITV Chart Show but the single failed to chart.

A follow-up, Can You See Her?, was scheduled for release but Proper were dropped by Chrysalis and disbanded soon after.

London Records were interested in Ned – and Ned alone. Lee Watson was the first member of Proper to leave.

Immediately after Lee’s departure Ned, Scott and Leon continued as a three-piece for one short lived tour billed as The Attention Seekers. Scott, a skilled engineer and producer joined China Crisis and Lee, a talented guitarist, would later join The Sums.

Leon, a superb drummer, joined Hug Management stablemates Space – and I was happy when my older brother Patrick, then features editor at Rhythm Magazine, was able to put him on the cover of the UK’s number one selling drum magazine.

The unreleased debut album that Proper recorded for Chrysalis under the direction of Hugh Jones contained a number of tracks that deserve to sit in the pantheon of Liverpool classics. My personal favourite was I Woke Up, an upbeat folky number which effectively distilled the essence of Ned’s songwriting: bittersweet, melancholic, melodic and hopeful.

“Well I woke up this morning, from my hazy shade of drink and drugs and everything combined – and I’ll feel good tomorrow, my belief has come again now that the hunger is restored…”

There were many other great tunes on the album, amongst them psychedelic rockers like Lazy Daisy Jane and pop gems such as Stay in Bed. It is my great hope that all of this music will one day be made available online. 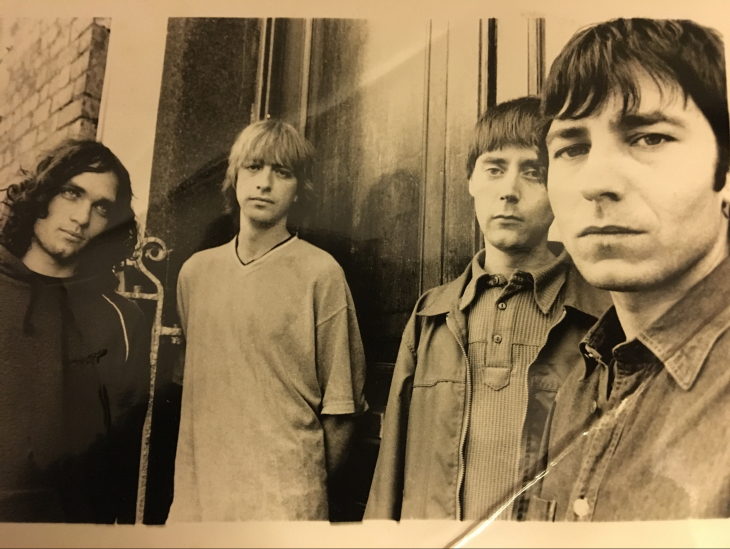 After the dissolution of Proper, Ned formed Waste, a fluid project with a shifting line-up that lasted for a number of years.

Steve Levy, the Chrysalis A&R man who had originally signed Ned to that label, was now working alongside Mark Cowley at Hug Management. Levy drafted in his producer friend Andy Todd (formerly of Republica) with a remit to produce two singles: Hang On and Highs and Lows.

Todd’s contribution to proceedings cannot be overstated. The recording sessions saw Ned’s organic sound (The Who, The La’s, The Rolling Stones) now supplemented with keyboards and samples. The two singles are direct, melodic and bombastic.

Ned would perhaps not appreciate the comparison – but they were comparable with the kind of stadium rock anthems that Oasis had been making their hallmark. Hang On was released as a single in 1998 and featured as single of the week on Mark and Lard’s Radio One show.

The best of those songs are Fear Addiction and Can You See Her?, tunes which deserve to feature prominently in any Liverpool playlist. The album sleeve notes credit a plethora of musicians, engineers, producers and labels. It is a Frankenstein’s Monster of a record but one which at least (and at last) showcases the strength and depth of Ned’s writing.

Over the course of his career Ned Murphy has been signed to the following record labels: Columbia, Chrysalis, Jealous Records (subsidiary of London Records) and BMG for publishing. If Ned (a passionate Evertonian) was a football player, he would be one whose combined transfer fees rivalled that of many other more famous contemporaries.

At the tail-end of 2016, a reformed Rain released their first new music in over twenty years. Their brilliantly titled second album, Ten Belters and a Slow One, reunited Ned and Colin Clarke and also featured Vinny Jameson on drums – a man I had once known well from my time on the road with his former band Deep End (previously known as Jargon).

The stand-out track on Ten Belters is It Ain’t Easy. The first time I heard it I knew by the end of the first chorus that Ned had struck gold again and I played the song repeatedly over the following weeks.

It made me smile to think that Ned, even without the backing of a major label, was still banging out belters (or belting out bangers) like he always had done. Then, it was all over, an announcement on Rain’s Facebook page in September 2017 stating: “It was good while it lasted. Thank you and goodnight“. Almost as if Ned had briefly returned to the fray, just to tap on our shoulders and remind us that his powers were still intact.

In November 2017, Ned Murphy and Scott Carney, billed as Proper for one night only, took to the stage at District in Liverpool and performed a short set in tribute to their former bandmate Lee Watson who had tragically died the year previously. 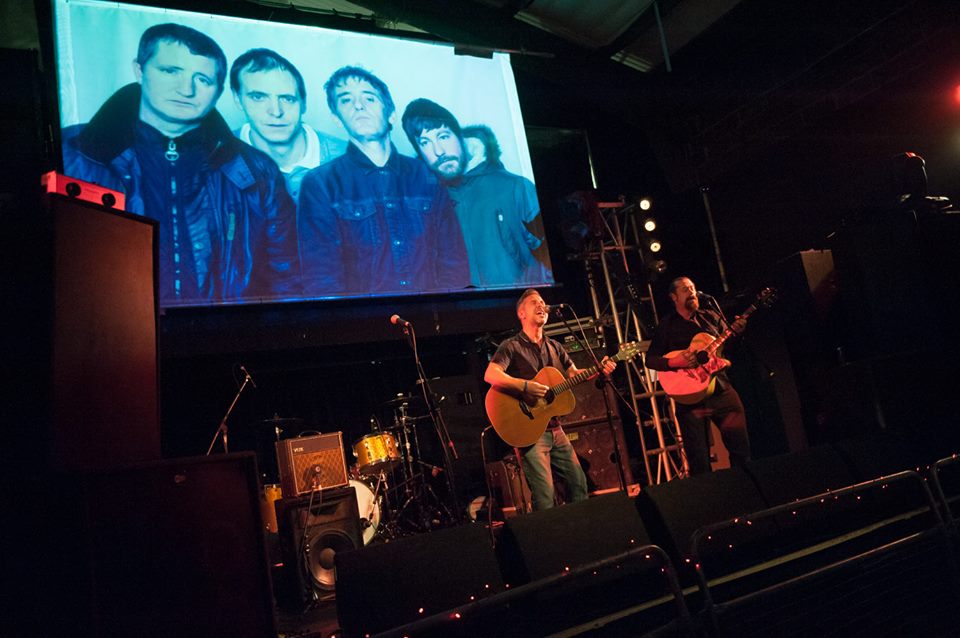 The Best of Ned Murphy: 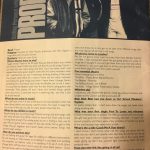 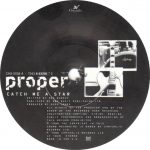 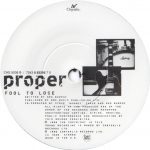 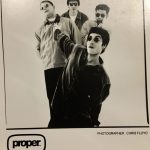 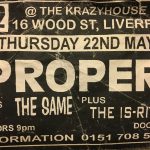 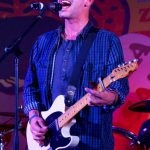 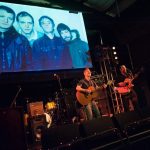 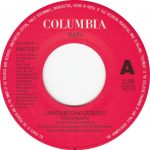 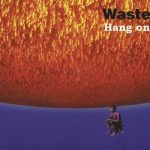 Leon Caffrey of Proper and Spac 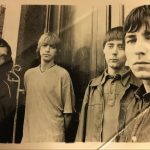 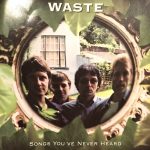 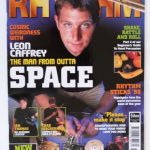