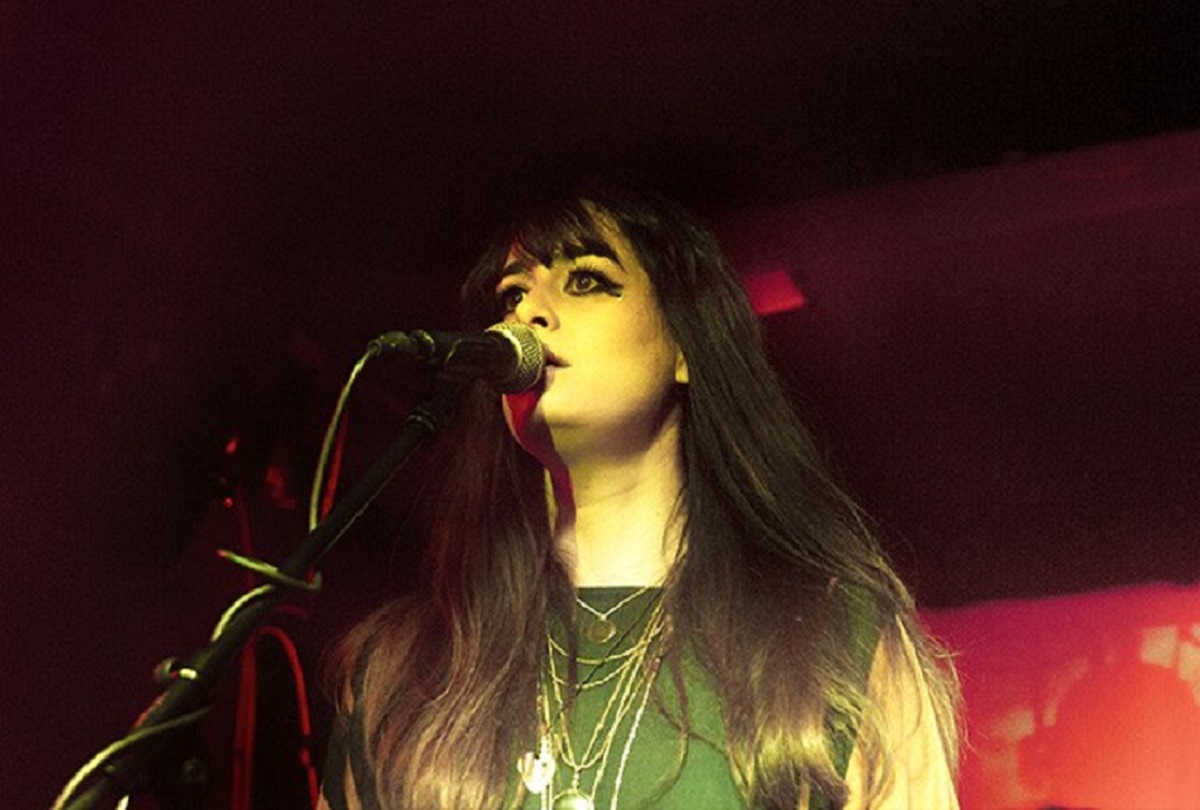 Happy New Year to all you Singles Club aficionados out there, Getintothis’ Steven Doherty brings us the first new batch of the roaring 20’s.

Like all the tracks on the new album from Whyte Horses, Hard Times, released at the end of this month, this is a cover version, originally done by Welsh prog outfit Bran, and it does have a distinctive 70’s feel to it.

It’s a glorious, glam stomper of a single, two and a half minutes of pure joy, Gruff Rhys doing what he does best, almost a chant, all in Welsh, sounding like the sound of now and of 50 years ago simultaneously.

It currently has only 300 views on YouTube, of which I must be responsible for about 20 of, once you start listening to it, it’s so very addictive, slightly too short but perfectly formed.

I’m off to listen to it again, I recommend you do the same.

Sad Man is the brainchild of composer and producer, Andrew Spackman, who is quite the creator, having released 15 albums in only the last three years.

This, from the latest of them The King Of Beasts, which is out next month, is a piece of squelchy electronica, which is made all the more interesting accompanied by a cartoon video made back in 1935.

Starting to build quite the following from airplay on Radio 3 and 6 Music amongst others, it’s a thoughtful, interesting instrumental piece, which if you love it, you’re really gonna love it.

Celebrating 10 years in the pop game this year, fingers crossed for some overdue over-ground success if this is anything to go by.

The 4th taster from their highly anticipated third album No One Else Can Wear Your Crown, London alt-pop duo Oh Wonder are one of those that you may not be overly familiar with but have secretly become huge, already having a UK Top 10 album under their belts.

This is a perky piece of modern art-pop, all breathy vocals and sparse keyboards, with a jolly catchy chorus, like Clean Bandit but just not as annoying.

They’ve just announced a March Manchester date at Albert Hall if it turns out to be your thing.

Another pop duo, this time a bit more in the realm of electro fuzziness, a blistering barrel of melody.

Well, that’s until it goes a bit mad in the middle, which only adds to it’s charm, like two songs in one, it becomes a chugging beast that you don’t want to end.

Layered, distorted, almost anthemic, it bodes well for the album of the same name, the band’s second, due on the last day of the month.

Horse Puppets: Caught You Out

The Manchester seven-piece bring us a mellow piece of ambient indie (if that could possibly be a thing), with a lovely lilting feeling to it, a peaceful ennui.

The band say it’s a song about getting older, and there’s definitely a reflective, almost sorrowful feel to it, without it ever becoming downbeat and miserable.

Lovely stuff. Not sure about the band name though.

I know I’m probably in the minority here, but I’ve never quite got the hoo-ha that has always surrounded Bombay Bicycle Club, especially with news of their comeback.

And this would be the perfect example of why this is.

A pleasant yet unspectacular single, with no obvious selling point or killer hook amongst it.

It’s here, and then it finishes.

Still don’t get it.

Beauty In Chaos: The Delicate Balance Of All Things

This track features the vocal stylings of the last century’s king of goths, The Mission’s Wayne Hussey and is as dark and menacing as you would expect.

His vocals are somewhat reminiscent here of Cave/Iggy, and add a touch of class to the noodling underneath.

Not as epic as it would like to think it is, but great nonetheless.

Again, in the minority with this one, not a name I’m familiar with, but the one and half million views that this has racked up in just a week means that I feel I should be at least aware of her…..

Right, have just done some actual research into her, and it turns out that she is both a platinum-selling recording artist and an Academy Award nominated actor.

Blimey, that is impressive.

The song itself is a pretty insipid ballad, but there are obviously people out there who adore her.

Full marks to her though for the title, as it’s a true story about her break-up with one of the One Direction boys.

This is anything but insipid.

A big old grungy rock number from the Oxfordshire trio, bringing to mind a Royal Blood kind of vibe.

Built on big old guitar riffs, it thunders along splendidly, making these a name to keep an eye on if they pop up near you, and they have a number of upcoming dates so there’s every chance they might.

In a very sparse electric pop type of week, this is another slice.

The production takes centre stage here, the song seems to fit in with it’s surroundings rather than the other way round, which gives it a cinematic soundscape feel to it.

Taken from his latest EP, DearBrainLetMeSleep, this is very much worthy of your time and ears.

As the world turns, each spin propelling itself towards a seemingly inevitable doom-laden ending, then it seems that pop music has finally run out of lyrics.

Go and listen to the Whyte Horses again instead.