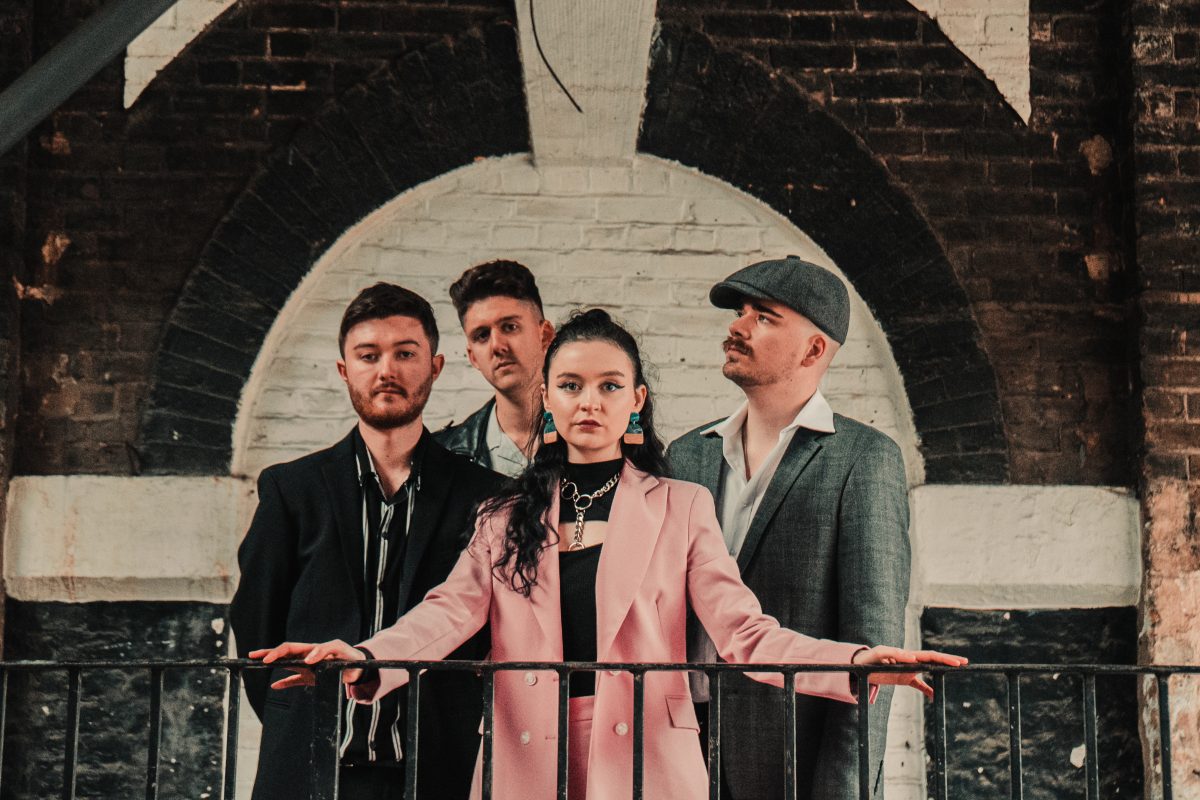 It’s Friday, and Getintothis’ James Baker is here with another singles club.

Framatics: Look In Your Eye – Single Of The Week

With raw guitars and powerful vocals, Framatics have made it two out of two on the banging singles front.

This is a band you may not have heard much about, but this year you definitely will have.

Forming a couple of years ago, the London-based indie 4-piece are going in to 2020 with the backing of This Feeling, who have put them on their ‘Big in 2020’ tour. Their shortlist always produces some amazing talent, so it’s no mean feat being included. Especially with only one single being released prior to this one.

A strong guitar hook from the start, punchy drums, and a stunning voice from lead singer Madeleine Todd; the style of the song can be compared to the likes of Yonaka. This single will no doubt grab the attention of many, and so it should.

Gearing up for the release of their seventh album, Meg Remy and her band return with a saxophone-laden masterpiece. Gospel backing voices give the song a theatrical feel to it, along with a restlessness that seems made for the big screen.

The cinematic sound makes total sense as this single is coupled with Remy’s directional debut in the form of a music video. The companion video, which stars Andrea Nann of the Dreamwalker Dance Company, is the perfect fit.

Bombay Bicycle Club – Is It Real

Less of a ‘you should be listening to this’ and more of a ‘how have you not listened yet?’; ‘Is it real’ is the last cut before Bombay Bicycle Club return with their first album since their hiatus. Something I personally have been waiting for since… well, since they went on hiatus.

Is It Real is a song about the past. It’s a song about how dark times in the present day make you look back to a better time, and ask yourself if it really even happened with the infectious repetitions of “Is it real?”.

The youthful glow to the song will definitely have you reminiscing, and after you’ve done that starting to wait impatiently for the full LP.

The band set out on a UK tour at the end of this month to support the album, with most dates already sold out.

The Jacques: I never want to be your boyfriend

Self-confessed as their ‘poppiest song to date’, London four-piece The Jacques have announced an extensive UK tour along with this synthy, laidback number.

The opening bassline and guitars will have you think of it as your normal dream-pop single, but the nonchalant way lead singer Finn goes about delivering the lyrics is where this song sets it aside. The lyrics have a surreal sense to them, where they sound like they make sense, as if they are sayings you’d hear normally; but piece them apart and that’s not what you’ll find.

An acoustic song with electronic tones, the latest offering from American pop outfit Polica is a ballad based on motherhood.

“I see my own weaknesses looking back at me every day as a parent and I’ve also found my strengths. Building our own family and foundation.”, lead singer Channy Leaneagh says when explaining the story behind the song. You can hear the emotion in her voice as the ‘steady’ electronic arrangements couple perfectly with it.

A new version of this song, this time with the added vocals from Australian rapper Allday. Considering the original of this song is entirely in Portuguese, this take adds a whole new perspective, and one that works so well with the hard-hitting beat.

Allday says of his collaboration, “I heard this song at a festival and was like “wow what is this” then a couple weeks later I met Sophie and Tucker and they asked me to rap on it. I said “yes please!”.

Amanda Tenfjord: As If

Scandinavians have a knack of producing some amazing pop, and this song backs up that claim.

The stomping coming together of the chorus allows Amanda to show off her powerful vocals, whilst the steady beat throughout the single set the tone to the hurt behind the song.

Amanda explains, “The day I wrote this song I was upset because it hit me that along the way you’ll get to know people that you think genuinely care about you as a person, but you slowly realize that that’s not the case. With that being said, this song is not full of hate. It’s not a song to hurt anyone.”

“I made this song to make myself stronger and to realize that I should use my time and energy with those who care, and the ones who make me happy.”

Feeling Fancy is the second single taken from the forthcoming album coming from Brooklyn trio Wilsen, and what a dreamy one it is.

An atmospheric dream-pop single that could be compared to something from Wolf Alice, this is a song for “the soft-spoken” explained front-woman Tamsin Wilson. “Quietness can be mistaken for an insecurity while it’s often the opposite – it’s being comfortable in your own presence without needing to be heard at every moment.”

Her soft spoken tone throughout the song proves it is definitely not a weakness, and coupled with blissful guitars it is enough to take you away and enjoy your solitude.

Melbourne’s Cable Ties have announced their second album, and with it have released a taste of it in the form of Sandcastles.

This song has a lot of relevance in the world today, as it takes aim at those who campaign for change, but rather than actually do something constructive, set themselves up for an aggressive narrative and single out those who think differently on the same cause. The song kicks off and sticks to exactly how you’d think by reading the lines before; a strong bassline that shakes through and a rallying voice that would get anyone riled up for a cause.

The likes of Rolling Blackouts C.F. are massive fans of these Aussie rockers, and after listening to this, I’m sure you will be too.

The Chats: The Clap

I’ll bring this column to a close with a song that will be sure to bring a snigger to your Friday (or whatever day you decide to read this on, can’t all read it as soon as it’s released, can we?)

The Chats have been building up hype for themselves over the past year, and it’s easy to see why since we’re well in to a punk revival. The title of their latest single is pretty self-explanatory… it’s about the ‘clap’.

Love songs are pretty much everywhere nowadays, so this is about the closest you’ll get to hearing the Australian rockers writing one. An up-tempo one-and-a-half minutes of simple storytelling, try and listen to this with a straight face, go on, give it a go.