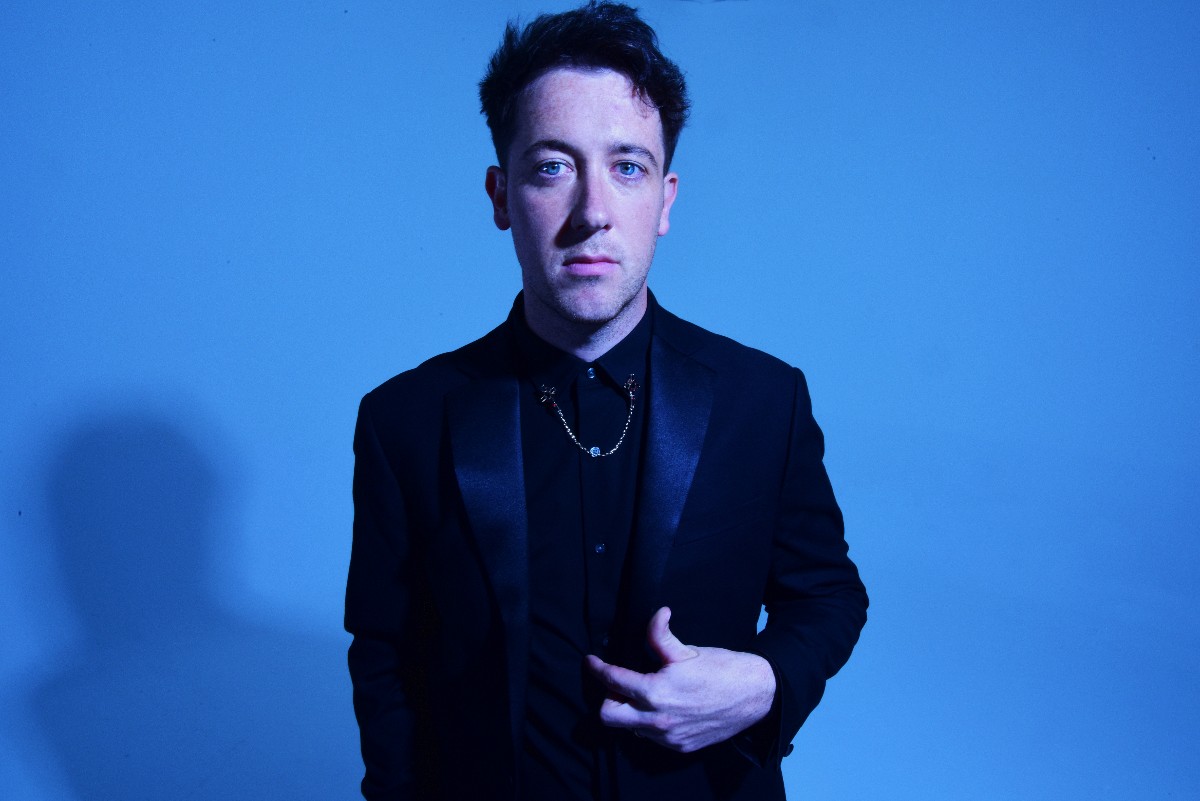 With a Single of the Week from The Wombats’ Murph’s Love Fame Tragedy project and a host of new discoveries, this Friday’s selection by Getintothis’ Roy Bayfield craves your attention.

With 99% of new music bubbling up in the universal electric soup of the streaming services, what makes any individual track off the infinite playlist deserving of attention?

Sure, there is still the exquisite object of desire that is the vinyl 45, complete with the distinctive artform that is the record sleeve.

But if Getintothis Singles Club only reviewed actual plastic platters with holes in the middle that revolve on turntables, this column would be much shorter. Not as short as Flexidisc Club, but still pretty concise.

Every day, a legion of artist’s PR folks shoot one-track announcements our way – badged as ‘teaser track’, ‘first listen’, ‘this new one’, ‘stand-alone track’ and of course ‘single’.

The individual release, then, definitely still has a role, even if some singles are digital-only.

Because there are some things only a single can do. It can be statement of intent, an appetite-whetter for an album or tour, an outlier oddity or just a blistering track that screams to be heard. But it has to be a blob of brilliance that works on its own terms.

Whatever – here’s this week’s selection of musical espresso shots for your listening pleasure.

This massive, hook-drenched pop track is the latest offering from The Wombats‘ frontman Matthew ‘Murph’ Murphy’s solo project Riding a Wave . The delicious slice of ironic self-reflection comes from the project’s second EP Five Songs To Briefly Fill The Void, due out next month.

Explaining the song’s origins, Murph says “The lyrics are definitely the most personal I’ve ever written. I’m pretty sure anyway. It was recorded in London and took on several shapes before we landed on one that stuck”.

The Flatmates: Shut Up and Kiss Me
HHBTM/Subway

If you’ve been patiently waiting since the C86 era for a whole album of The Flatmates, your patience is about to be rewarded. The Bristol indie-pop-punk heroes release their self-titled debut album in March.

Single Shut Up and Kiss Me is the first of the long-player’s 13 tracks and it has everything – Ramones-like DIY-tinny buzz riff, swirling organ, exuberant pop vocals. And the cover features a picture of a donkey on a cliff.

“And I’m wondering why I’m here / Faces in the trees” – falsetto vocals swooping over a summery guitar fuzz introduce a record that slips into your consciousness and won’t leave. Tiña (pronounced ‘teen-ya’) are a new, pink-cowboy-hat-sporting band from South London generated from the Brixton Windmill scene.

A limousine of pop takes the listener on a delirious journey through a sparking, glamorous night-city on Rina Sawayama‘s album-announcer Comme Des Garçons. The London superstar futurist’s album SAWAYAMA album appears in April and judging by this club monster and earlier single STFU! it will be an event.

Skeleton Couch is a song of dreamy layers hanging on a ramshackle vamping riff. The Bay Area shoegaze dreampop outfit Seablite release their 10″ EP High Rise Mannequins next month, featuring this shimmering adventure along with three other tracks.

Inspired by LA hardboiled romanticist author John Fante, the album is described as “a spiritual voyage through life’s pushing and pulling: finding beauty in the rough, sadness in the bright.”

Described as ‘goth-adjacent’, Toronto four-piece Bad Waitress deliver a fine wonky thrash with an infectiously bratty sneer on That Sedative. Extra points for singer Kali-Ann Butala cartwheeling into shot for the video, that seems to have been filmed in a concrete chamber somewhere in the afterlife.

Blueberry Beads brings cosmic jazz electronic crossover into an expansive space. John Carroll Kirby has worked with a spectrum of musical luminaries from Frank Ocean to Harry Styles – now he’s taking some journeys of his own on debut album My Garden.

To write this mad carousel-ride of a song Sean Armstrong “stayed up all night sitting on the floor screaming into a microphone, drinking instant coffee” – and it shows. Wide eyed vocals careen out of control over a nerve-jangling yet poppy guitar-led track. Ghosting is the second single to manifest from forthcoming album Hyacinth.

Singer-songwriter Morgan Harper-Jones stops time to make space for her storytelling on debut release Breathe. The 21-year-old artist, who hails from Rochdale, has a limpid sound reminiscent of Cat Power, Tanita Tikaram and Joni Mitchell. Talking about Breathe, she says “It’s about letting go and accepting things for what they are or aren’t and how they can be.” An interesting new voice.

Electro artist Ren Schofield, aka Container, has released Nozzle as a foretaste of new album Scramblers. Paranoid and jumpy, shot through with nervy squiggles, it’s an energetic workout but doesn’t deliver the frenzy of a live performance.

En Attendant Ana: In / Out
Trouble in Mind

Parisian quintet En Attendant Ana blow the cobwebs away with soaring pop tune accompanied by Ye Olde Super-8 style video. An amiable track that interrupts itself with bursts of scratchy metallic guitar, horns and feedback, included like quotations. Jolly with a touch of melancholia.