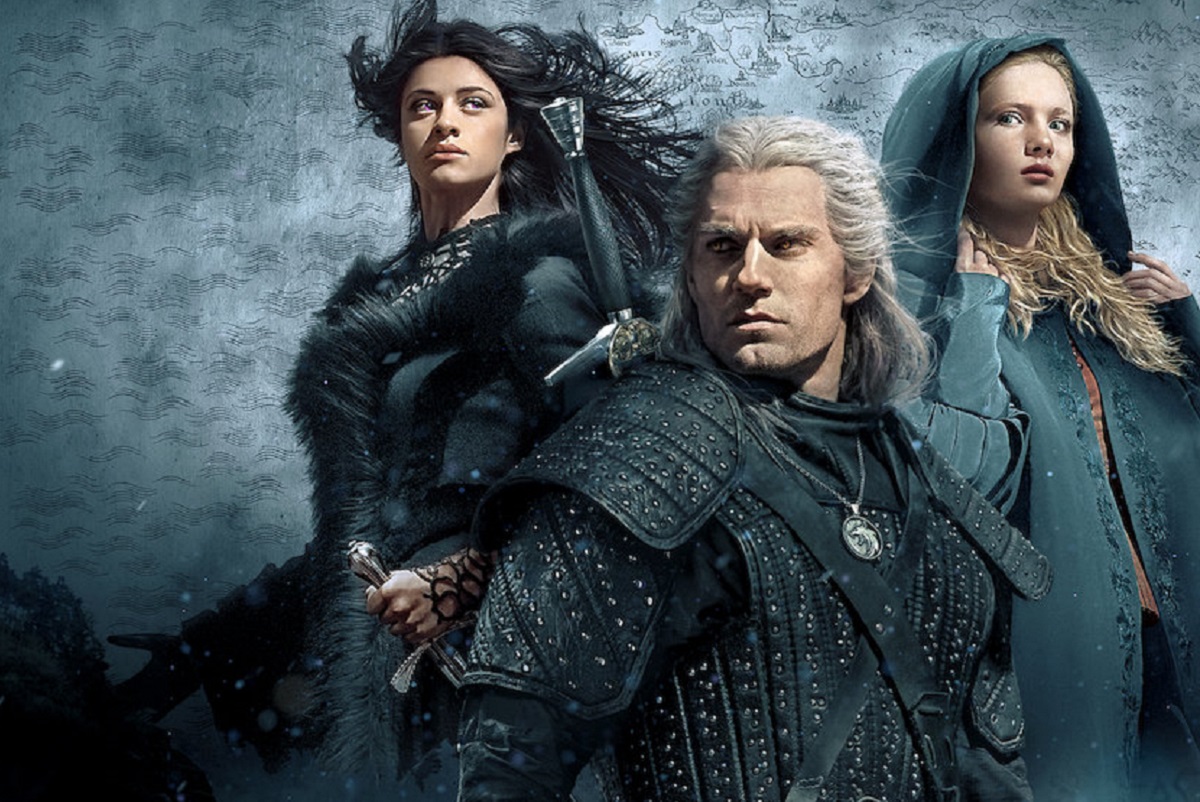 As Netflix bring The Witcher to our screens, Getintothis’ Roy Bayfield wields his Blade of Critique.

Monster-slaying, sword-wielding, spellcasting action lured thousands away from their festive telly schedules to Netflix‘s The Witcher.

Dropping on December 20, the fantasy show enlivened the dying days of the decade and has become one of the mosty talked about small screen offerings of the festive season

Following the massive critical and popular success of Game of Thrones, the arrival of another heavily promoted fantasy show was no surprise.

GoT was the kind of breakout adaptation that sends production companies scrabbling to repeat the formula – in this case, heroes and antiheroes in made-up lands where magic works.

However, and quite refreshingly, The Witcher is not a GoT knock-off.

Sure, there are some surface similarities – everyone looks dirty, the tide of history is grim and warlike, bosoms keep appearing randomly.

It’s a dark world, but The Witcher is a brisk romp rather than a grindingly unfolding epic. And if you go along with it it’s a compelling watch.

Enough people have found it enjoyable to make it one of Netflix top streams over the festive period and 2nd most successful series of the year – presumably many viewers turning to its limb-hacking, city-besieging, dragon-bothering narrative for light relief from the real world.

The Return of Dr Who: the new series review

The Witcher is based on an extensive series of novels and short stories by Andrzej Sapkowski.

Its game version is hugely popular and for many dangerously immersive. And it has already been adapted for the screen in Poland as The Hexer.

Despite the title it’s an ensemble show with three leads. The eponymous ‘witcher’, Geralt of Rivia (Henry Cavill) is a wandering freelance monster slayer. (Like most freelancers he struggles to get paid and has clients who think they can do the job better themselves. He’s also a mutant.)

Ciri (Freya Allan) is a princess fleeing the aftermath of the destruction of her country. Meanwhile Yennefer (Anya Chalotra) transforms from unwanted child on a farm to trainee sorceress.

The storylines are separate but intertwining, lurching between time periods, which can be confusing at first. The best thing is to not worry about it, just accept that there’s a grand plan and that the characters might actually meet up at some point.

There’s a comedy sidekick to contend with and the viral hit Toss A Coin to Your Witcher at the end of the second episode suggests that we might expect a Xena: Warrior Princess level of camp knowingness.

However The Witcher takes itself seriously; there is wit and irony on screen but the fourth wall remains unbroken.

It’s a fun show, but here’s the thing: there is not a single original element to The Witcher.

It has been a long time since Professor Tolkien created races of fictional elves and dwarves, working from the source material of European deep mythology.

These days they are stock characters that barely need describing – and they are all present and correct in The Witcher.

The territory where it all takes place – ‘Continent’ – is a mashup of established storybook lands – broadly European middle ages, but with the ever-present possibility of encountering a Middle Eastern Djinn or teleporting to a desert.

The ‘wandering swordsman’, ‘dispossessed princess’, ‘trainee sorceress’, ‘witty bard’ are all established types in the genre as are the assorted peasants, innkeepers, magicians and so on encountered along the way.

Pop into Waterstones, find the wall o’ fantasy series and open a tome at random – you’ll find similar characters, or at least their cousins.

The ‘dark’ tone, grittiness and realism and saying ‘fuck’ all the time – that’s all old hat now, so The Witcher isn’t breaking new ground there.

So what makes The Witcher work isn’t originality or revisionism, it is the blend of elements. The Witcher is an artful concoction, a Variety Pack that never becomes boring.

Had enough of stoic badass Geralt whacking CGI creatures and muttering ‘Hm’? No worries, we’ll be seeing more of Yennefer’s warped and warping coming-of-age tale in a bit.

Tired of that? Well let’s see how Ciri is doing escaping from the marauding Nilfgaardians.

The quality of performances is another success factor. To make such fare work the actors need to play with Shakespearian seriousness, and this cast rises to the occasion.

Henry ‘Superman’ Cavill once again brings depth to what could be a one-dimensional character.

Anya Chalotra is highly watchable as we follow Yennefer through her story of transformation.

Freya Allan is compelling also and it will be good to see her in storylines beyond escape from jeopardy.

Fantasy fiction is about landscape as much as anything and here the on-screen worldbuilding is excellent. Snowy forests, soaring mountains and architecturally-improbable castles are superbly realised and the cinematography is stunning.

From a geek perspective The Witcher is a mashup of subgenres. There’s an overarching ‘epic fantasy’ background with empires, kingdoms and armies contending with each other; big stuff.

Within that, like jam in a sponge, The Witcher’s storyline is more ‘sword and sorcery’, adventure at an individual scale that comes down to hero-vs-adversary.

Finally got round to watching The Witcher with my dad (at episode 2 atm no spoilers pls 💕) and man what a show. And this song what a BOP. Can’t wait to see what happens next and be absolutely obsessed for the next few months 😅https://t.co/x2l8K2Gz5P

While there have been successful on-screen epic fantasies such as The Lord of the Rings and Game of Thrones, the smaller-scale sword & sorcery narrative has seldom been done well as a moving picture – you have to go back to John Milius’ 1982 Conan the Barbarian to find a reasonable attempt.

The Witcher is distinctive in successfully combining these types of storytelling, wrapping lone adventurer tropes in a larger narrative.

There is nothing new under the wintry sun that shines on the Continent – but it is superb fun.

Hm, yes we will – Michael Moorcock’s Elric of Melnibone stories have been optioned for TV, Robert Jordan‘s Wheel of Time is in development as well as shows based on work by Mervyn Peake, Patrick Rothfuss and a host of others.

These could be anywhere from great to terrible – and the whole thing might just become tiresome.

But whatever happens we’ll always have The Witcher’s assault on midwinter telly to look back on.