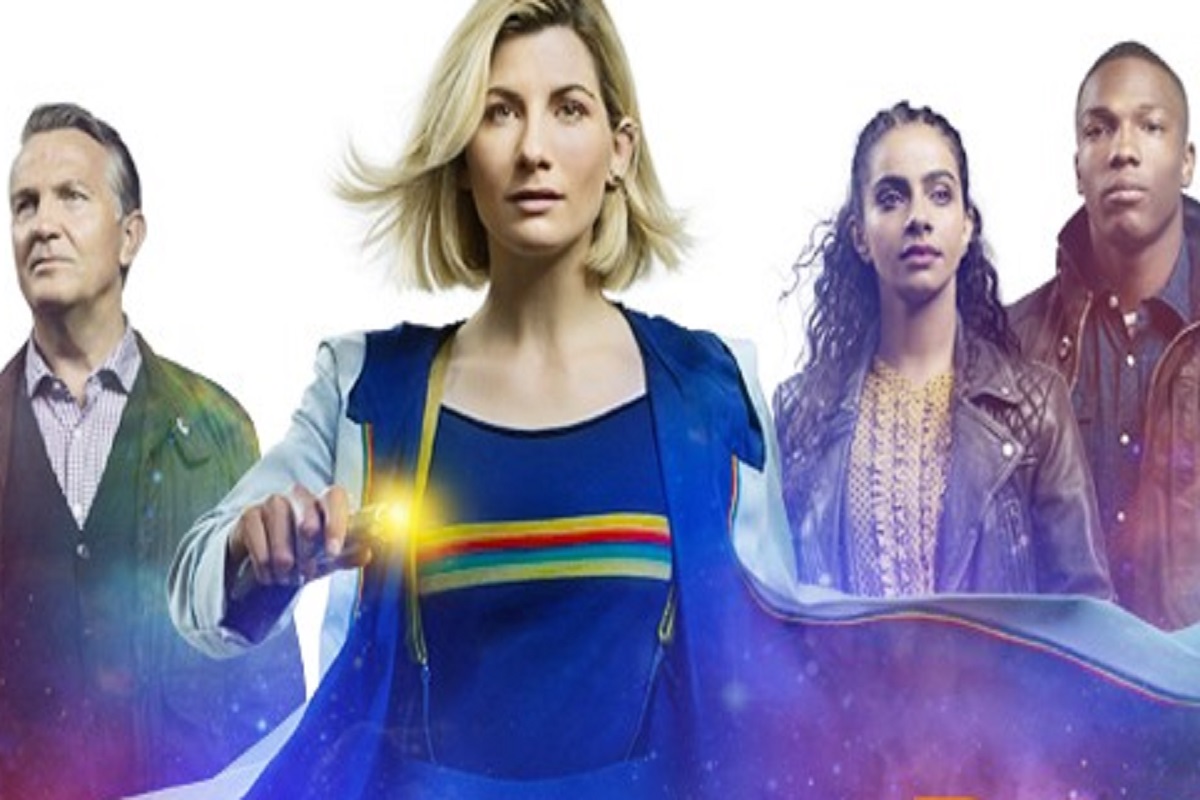 Dr Who is back and Getintothis’ Nick Davidson finds a lot unexpected twists and turns to welcome in the return of a classic.

Please note….limited spoilers may lie ahead!

It’s a year since Dr Who appeared on our screens with 2019’s Resolution featuring a lone Dalek blasting a squadron to oblivion and raising the action stakes to new levels, so how will this 12th season opener Spyfall fare?

In its absence social media has been awash with fake news regarding Chris Chibnall (lead writer and producer) and Jodie Whittaker being sacked to which Chibnall replied ‘bullshit’ to SFX Magazine or remarks by Twitter Neanderthals suggesting the series was too politically correct and helpfully pointing out why it failed, which usually came down to the Doctor being a woman and their inability to accept the very thing Dr Who is all about- change.

The ratings for the last season averaged over seven million, so the changes Chibnall has introduced have been successful in bringing in viewers who departed during Capaldi’s last season, regardless of what social media would have you believe.

Having been introduced to Jon Pertwee’s Doctor in 1973 story The Green Death and not missing an episode since, your writer has seen a fair share of godawful episodes (The Twin Dilemma, anyone?) to classics like The Caves of Andozoni.

However, it’s only recently that your writer has been liking the show- not loving it, but liking it.

Yet at no point do we want the writers to pander to what they think the fans want to see such as bringing back the Cybermen and the Judoon.

Additionally, we really don’t need any more Gallifrey-based stories, which are the dullest of the dull, and bringing back pantomime villains such as the Rani, or indeed UNIT or Osgood, would not make Dr Who seem more Dr Who or improve the series.

Dr Who can and should trade on past enemies but not at the expense of new adventures and should forage new and different paths, which the last season, to its credit, tried by not bringing back any old monsters; the one noticeable aspect that was missing from last season was the emotional weight, save for Rosa and The Demons of the Punjab episodes.

Most of all we want the show to feature The Doctor – where are the devastating monologues, angry outbursts and weariness of a life too long lived, which Whittaker is more than capable of delivering?

So, will this opening episode, a two-parter, ease the fears of those who would like nothing better than a seven-parter featuring The Celestial Toymaker or incense them as much as having a Nimon and Pting revealed as the new companions?

This review is spoiler free as this episode needs to be seen with no prior knowledge. It contains a lot of standout set pieces, reveals and misdirection: suffice to say you won’t be disappointed.

It looks stunning with the addition of the new cameras employed last season and the episode rattles along at breakneck speed for much of its duration as MI6 seek out The Doctor for assistance into why its agents are being attacked and their DNA rewritten.

The unnamed threat is revealed slowly and is cleverly shown (or not shown) very effectively, accompanied by unnerving sound effects and discordant score while their planet is truly alien, nightmarish and somewhere HR Giger would take a holiday.

End of an era as we say goodbye to The Affair

The fact that the Doctor is unable to trace the aliens language used in an alien code and is informed by one  in an ominous  treacly deep voice – that all the best aliens possess- that they exist on the fringes of the known universe and are  ‘far beyond your understanding’ which brought the Cenobites from Hellraiser to mind.

We hope we’re not disappointed by any actual reveal of what these aliens look like. Maybe it’s better to rather leave it to our imagination, appearing as they did as blasting figures of blinding white light.

As this is episode one of two, there is space to breathe yet the pace doesn’t flag.

All the regular cast are fully involved with plenty to do blagging as spies and referencing James Bond including Stephen Fry’s ‘C’ and a smooth villain played straight and cold by Sir Lenny Henry.

The Doctor seems to be out of her depth not knowing who the threat is.

Whittaker, previously upbeat and buoyant at the start of the episode, plays this perfectly as the story gets darker with the closing part containing some major reveals and proves to be one of the most exciting cliffhangers Dr Who has had in years.

This episode rewards going in blind and just knowing the summary of the story is enough; aliens re-write DNA, The Doctor tries to find out why and makes some horrifying discoveries.

This is a confident, country-hopping, slick blockbuster return for the series and is one of the most enjoyable and intriguing openers for a long time.