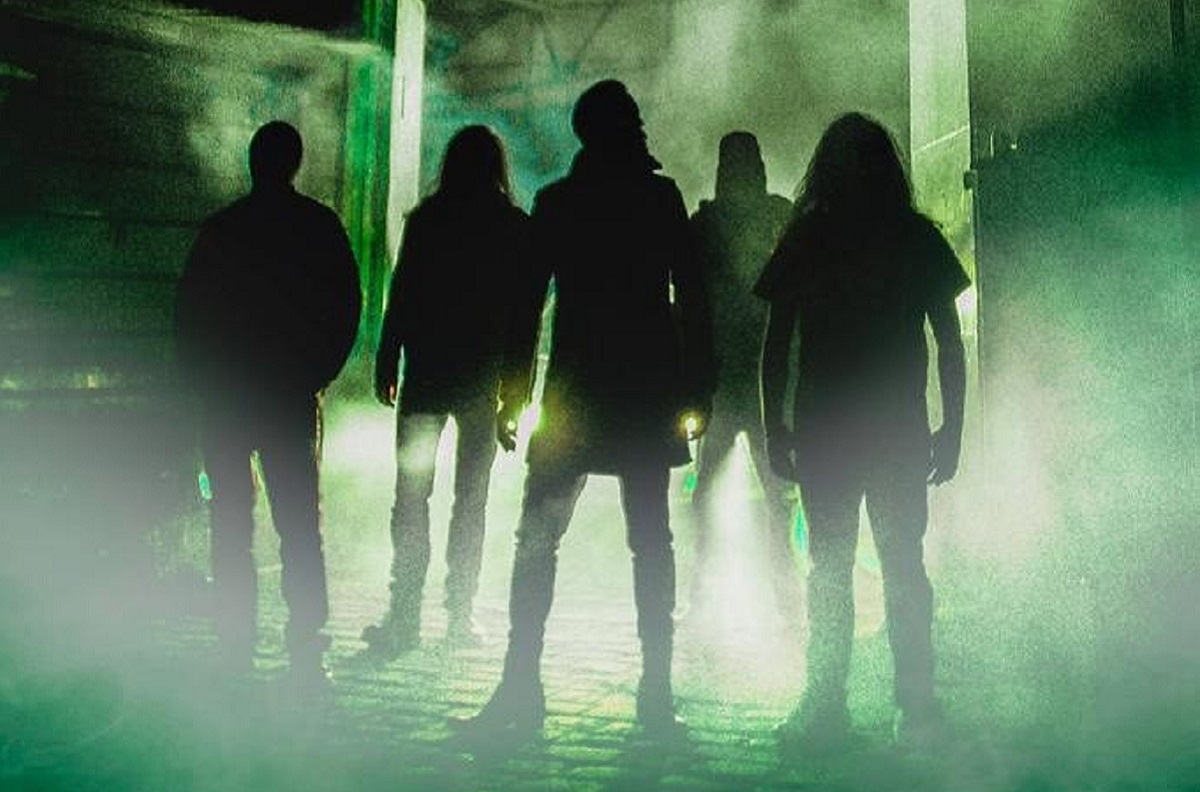 As Video Nasties announce their debut album launch party show and the release of their new single, Getintothis’ Nedim Hassan brings us the gory details.

Having previously announced on Halloween night last year that they will be releasing their debut album Dominion on March 13 through APF records, Liverpool’s Video Nasties have now set a date for an album launch party.

Taking place at Sound Food and Drink in Liverpool city centre on Saturday, 14 March, the show is sure to be a fitting way to expose audiences to the band’s absorbing take on black ‘n’ roll.

Formed initially in 2017 by members of Iron Witch, The Bendal Interlude, SSS and Magpyes, Video Nasties have steadily established a distinctive identity forged through musical influences such as Sepultura, Carcass and the horror film scores of John Carpenter, as well as post-punk and Goth.

Their reputation has grown with the release of singles Transvoltum (2017) and Viva Deth (2018) and a series of mesmerising live shows, including a blazing performance at last year’s Desertfest London and slots supporting the likes of Cannabis Corpse and The Obsessed.

Dysgeusia 58: Carcass and Katatonia return, 10 reasons why 2020 will be heavy and the hottest new bands

With members who are self-confessed horror movie junkies, Video Nasties are a metal band for the VHS generation, incorporating ominous ghostly fog, the static of old black and white television sets and imagery from exploitation movies into their aesthetic.

In conjunction with the announcement about the launch party, the band also unveiled their first single from Dominion.

Initially premiered through Metal Sucks and now available on Bandcamp, Drone Eagle sees the band surpass the expectations created through their previous output with a record boasting a startling combination of infectious guitar hooks and snarling, hellacious vocals from Damian Von Talbot.

Looking ahead to the album launch party, Von Talbot told us: “We’ve got some good friends joining us on the bill and we hope the rest of you can join us too for what should be a rather intimate and sweaty affair. Come and have a boogie.”