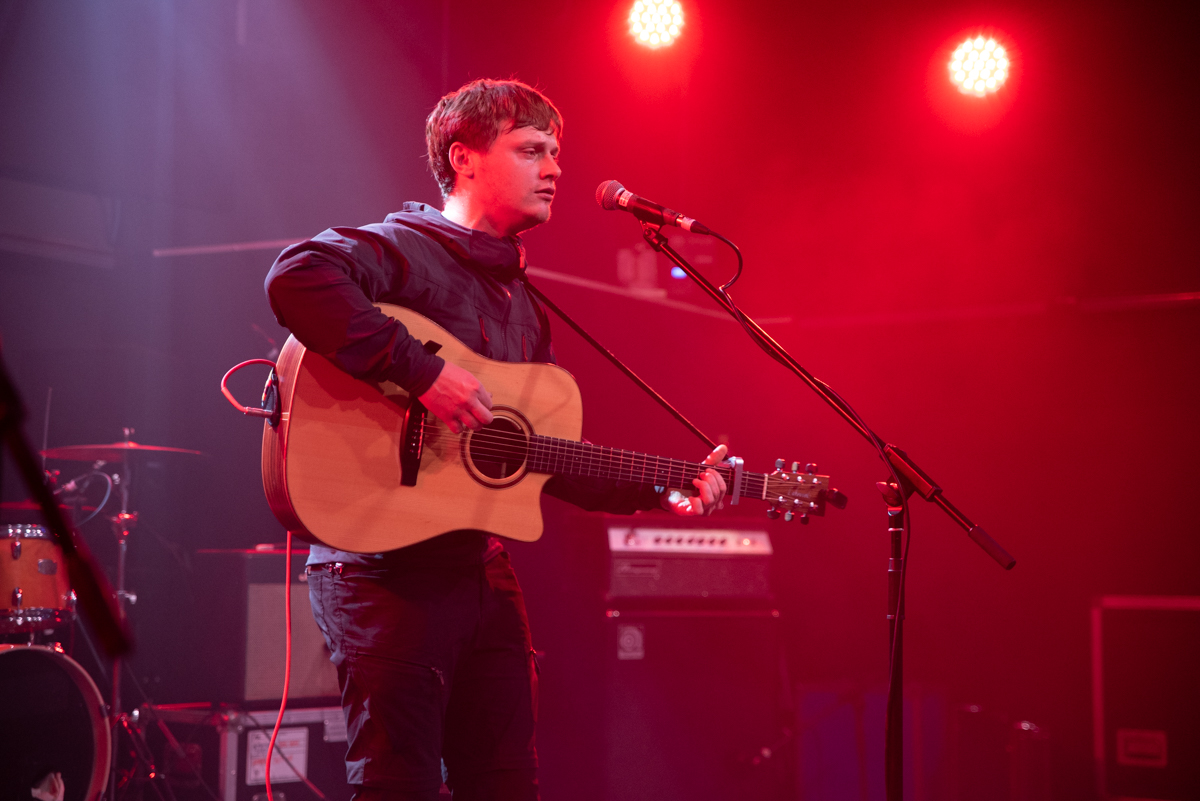 This led him to build up a large fanbase, performing to fans across the world, and surpassing 5.5 million listens on Spotify.

He has since stepped away from the footy tunes and went onto record and release his debut original single, Weekend In Paradise, in November of last year.

His second single, Living For Yesterday, was released earlier this month with the city’s record label Modern Sky UK. His music echoes the ‘struggles of escaping working-class life’.

Webster made his success through Liverpool, his accent just one of the things that grounds him on Merseyside, but he is not exclusive to his own city.

He embarked on a small sold-out tour last week, playing in Liverpool, Dublin and London. This was his first UK tour where he played exclusively his own music.

While Webster is no stranger to big crowds, he supported Cast on their sold-out show at Liverpool O2 Academy last December, which was a pinch moment for him as he grew up listening to their music.

He will be making appearances at several festivals in the summer, such as Sound City and Bingley Weekender.

We spoke to him ahead of his tour, for our latest 13 Questions piece..

“Currently in Prague having a cup of tea and toast.”

“Modern Sky because they’re the ones who signed me.”

“Me not being well as a baby and me Nan telling my Great-Nan not to give me Lucozade. And then as soon as me Nan walked out the door, me Great-Nan gave me a glass of Lucozade.”

“I’ve met a few. Pete Price, if you can call him a celebrity. Everyone else has been half-alright I reckon.”

“I reckon you should check out Wake Up And Smell The Offy by Jegsy Dodd & the Original Sinners.”

“My favourite season is summer because you get to wear shorts and flip-flops most of the time.”

“Even though I seem quite a confident person on the face of things, I’m really quite nervous about my own music and how it’s perceived.”

“Visit Liverpool because it’s the best city in the world.”

“I declare that even though I am nervous about my music and how it’s perceived, I declare that it’s good, so go listen to my two singles, buy tickets for my shows and wait out for the album because that will be even better than everything I’ve put out so far.