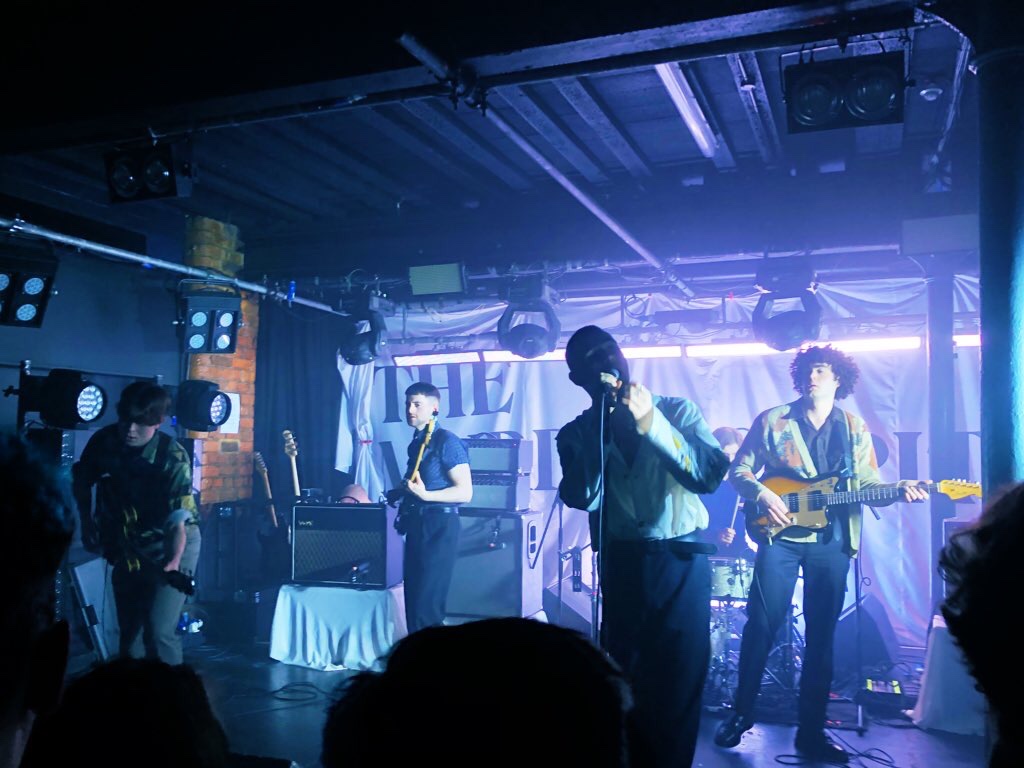 The Murder Capital concluded their tour of the UK in Liverpool, Getintothis’ Lewis Ridley took it in.

A dreary, Tuesday night in February. Payday so near yet so far.

However, fans of The Murder Capital scraped their shrapnel together to head to O2 Academy for the band’s final date of their biggest UK tour to date.

Just a hometown gig in Dublin left after this one, a year on from their intimate EBGBS Independent Venue Week gig and their first time in Liverpool since their Arts Club date in the summer, The Murder Capital took to the stage of the downstairs room on Hotham Street.

Having seen fellow Irish outfits Fontaines D.C. and, latterly, Inhaler play in the bigger main room it was still a surprise upon entering the venue this one hadn’t gone upstairs.

This was always good news for fans though, squeezing into what is the much more aesthetically pleasing brick-wall and blue neon catacomb.

James McGovern and the band entered to a rapturous reception, as bassist Gabriel Paschal Blake contorts his headstock as if it were a chainsaw being readied for massacre. We begin on a knife-edge.

This effect is one that has been seen and heard throughout this long tour. They are very much a spearhead of a Dublin music export operation and Liverpool is here for it.

“More, more, more!” Second track More Is Less makes no doubt about their business here, and the duo of Slowdance(s) see the band create audio visual beauty of a stratospheric level, as guitars are layered onto drums onto vocals onto guitars.

There are more serene moments, too.

The venue is silent, aside from the slight clinking of the bar till, to listen intently to the delicate vocals of McGovern as he pours his soul out in the form of On Twisted Ground.

Lucky not to get a boot to the face there, what a finish to a phenomenal gig from @MurderCapital_. pic.twitter.com/dyYRJIdQSI

Watch that performance, something of such a gentle nature, and you wouldn’t have believed that the final two songs, Don’t Cling To Life and Feeling Fades would see him lifted above the crowd, crawling across the front section of the venue like a man possessed.

The Murder Capital debut album When I Have Fears reviewed

Both of those instances equally magical to bare witness to and, for the latter, be underneath.

Just nine songs and their work is done.

They will close this tour with a night in their hometown, it won’t be a quiet one.