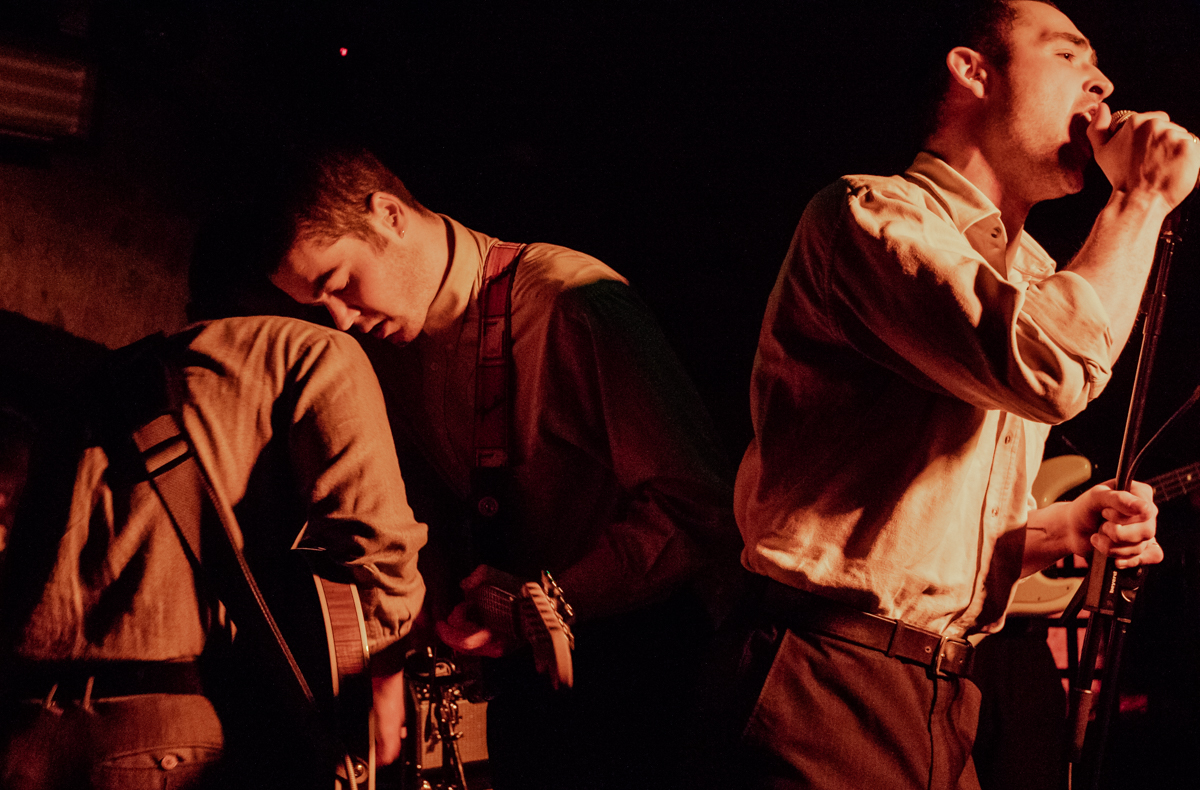 The Murder Capital came to town from Dublin with a bang, but who are they? Getintothis’ Lucy McLachlan braved the ice to find out.

We’ve skated our way down to EBGBs tonight, the snow from two days ago has turned into a big sheet of ice and we’re wondering if it’s safer to slide down the stairs to the basement or hold onto the handrail for dear life.

This was a bit of a mysterious show for us, three pretty known Merseyside bands and Dublin five piece The Murder Capital.

We must admit, we went in blind for this one.  With only one song on Spotify we weren’t too sure what we were in for.  However, it’s an Evol show so it’s bound to be a good’ un right?

The first thing we notice is a part of the floor in front of the stage boarded up, we hear that the floorboards were bulging at the previous night’s Hackivist gig so perhaps it actually gave way.  Independent Venue Week really is breaking floors in EBGBs, all must be going well.

The Lemonade Fix are first up with some California tinged Merseybeat.  Tonight they’re debuting new bassist Nathan from Liverpool band The Boston Shakers.  Check the photos below, The Lemonade Fix are brightly lit, everything’s fine and dandy, the music is sunny and jangly, the icy temperatures are dropping inside, people are even removing some of the heavy layers needed for sliding around outside.  Warming up the crowd they indeed are, it’s going to be a great night.

Then Pale Rider appear and the lights turn pure red.

We’re suddenly in a cave, maybe the hole in the floor was for summoning Satan himself.

I mean they have Hail Satan written on their amp, which is suspiciously close to that particular bit of boarded up floor.  So the gates of hell are actually opened to warm up the venue, cue big waling guitar riffs and thunderous bass lines.  The sound is loud and in your face and we’re loving the last song, a huge cacophony of noise that may or may not be called Beak Rules…

Probes are the last of the Liverpool support bringing post punk guitar driven soundscapes with driving beats.  It reminds us of both the instrumental parts of Sonic Youth‘s Sunday and Deerhunter‘s Desire Lines merged together.  They have a big, tight post punk sound which shows why they’ve found themselves in support slots with Echo & The Bunnymen.

So the stage is emptied and the crowd are standing around chatting, waiting for The Murder Capital.  A massive amount of screeching feedback comes on all of a sudden but the stage stays empty.  People are looking round to see if anything’s gonna happen or if the sound guy is going to sort that issue out.  It carries on longer, starting to sound like a siren or an alarm, is EBGB‘s fire alarm going off?

The Murder Capital finally emerge through the crowd, elbowing their way through to the stage and immediately start throwing their weight around, their bass player is striding all over the stage hitting at his strings. Singer James McGovern appears last just in time to scowl and sneer his way through the first song.  This is their entrance and everyone knows they’ve arrived.

We’re thinking it’s going to be like the Fat White Family, we’re getting dirty guitar sounds like the grungier end of Shame.

We start off expecting some kind of London punk sound given the minimalist grey shirt and high waisted slack attire.  Instead it turns into sonic loud echoing guitars and the tone of the night switches to dark and moody.  Very fitting for an icy tunnel basement.

Nick Cave,The Haunting of Hill House and coming to terms with the fact we’re all going to die

Both guitarists crash shoulders like two fighting bulls as the noise wails on.  The bass player reminds us of The Black Lips‘ Cole Alexander, there’s a tightness between the band and antics onstage as he shares kisses with James during songs.

Second song in More Is Less fizzes with a dark brooding energy, while other highlights include the lush guitar noise of Green and Blue – the sound appearing to be getting louder with each song. Newest single Feeling Fades is saved for last – starting off with a spoken word style rant that carries on into post punk bass lines and sharp Stooges guitar riffs.  It was one of those gigs that built up and up and ended with a bang. You couldn’t take your eyes off them.

Everyone left the room with a ringing in their ears and a new band to look into.  Who are The Murder Capital? I think we’re about to find out.  Back out onto the ice rink we go. 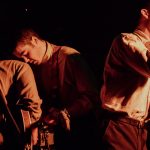 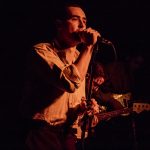 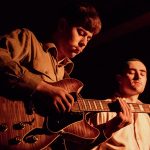 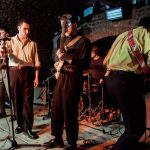 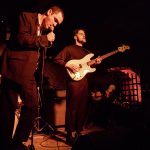 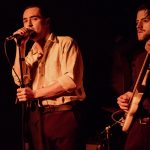 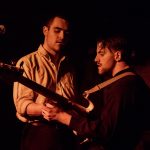 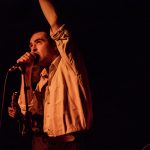 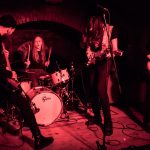 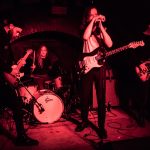 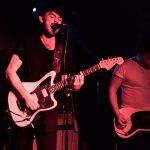 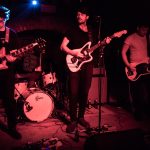 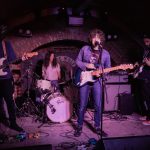 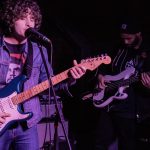 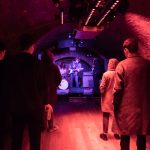