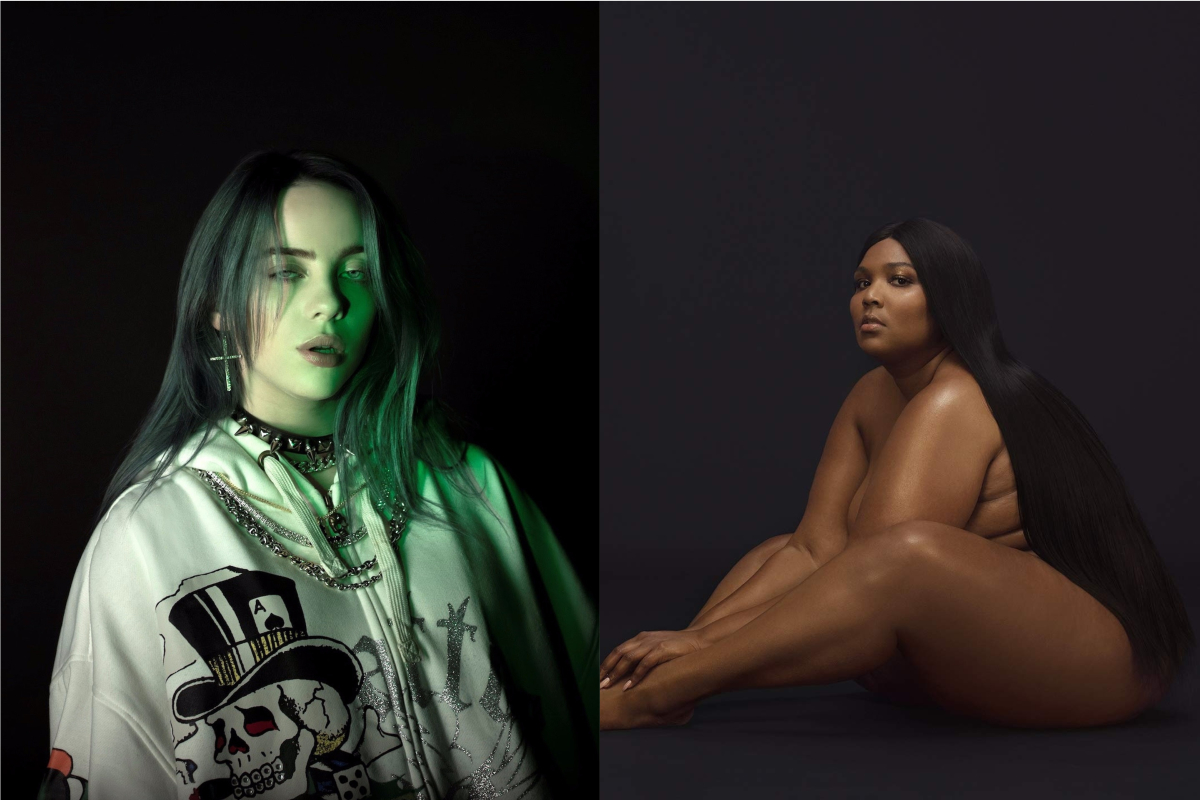 Fresh from the Grammy’s with eight awards between them, Billie Eilish and Lizzo have had the biggest years in their careers, Getintothis’ Kris Roberts on how this happened so fast.

Two of the biggest stars in pop, if not, the two biggest names in music, but you might be asking yourself, where the bloody hell did they come from?

12 months ago, you’d be forgiven for not knowing who either of these two artists were. Truthfully, outside of their social media presence, not many people did.

What started out as two quite niche audiences have now turned into worldwide admiration stretching to every corner of the globe.

Leaving the Grammy’s stage with 8 awards between them, we ask, how did that happen so fast?

Any fan of Lizzo’s knows that she is by no means new to the industry.

In fact, with 5 records and 22 singles under her belt, it makes for an even stranger case that she blew up so fast in such a short amount of time.

We can credit her song, Juice, for that. The track that really put her in the mainstream peripherals.

Even so, what made this track so special that she became Time’s Entertainer of the Year less than a year after its release?

Was it luck? Clever marketing? The right place at the right time? Or maybe her personality is just as much of a commodity as her music.

The same case can be made for Billie Eilish. I wouldn’t call the year she’s had unprecedented, but its anything but regular.

After giving a truly unforgettable performance of The Beatles‘ Yesterday at the Oscars this past weekend, it’s just another notch on her ever-growing belt of accomplishments for the year, and it’s only February.

She’s broken more records than I could possibly list here, but at just 18 years old, walking away with 5 Grammy’s for her debut album, When We All Fall Asleep, Where Do We Go?, being chosen to perform the James Bond theme song, landing a Vogue cover spread and becoming the biggest pop star on the planet is an impressive feat.

Billie has reached the point at this incredibly early stage of her career where she is unchallenged, untouchable, and her presence in any room in the world cannot be questioned.

If this isn’t enough, she has an exclusive documentary coming out this year in collaboration with Apple that’s set to be one of the most anticipated films of the year.

But how did these two enigmatic, powerful artists achieve such respect and admiration so suddenly?

The thing is, the music industry and how we digitally interact with it has changed to an unrecognisable position thanks to social media, and the convergence of socials and streaming.

Everything’s connected now, and what do we log on to see? Our favourite stars.

Long gone are the days of enigmatic, mysterious rock stars that hid under the cover of night and could only be found in music venues across the world.

We all know the tale of the struggling musician that spent their lives convincing others that they’d be famous one day while hitch-hiking across countries to perform for nothing in front of 8 people that are only really there for the cheap booze.

It’s a story so familiar because that’s how it used to be, and to some extent still is.

In some ways, things are easier now. In other ways, maybe not so much.

It’s easier to get that fame now, all you really need is those pesky Instagram followers. And it really isn’t that hard to do if you’re dedicated. It’s certainly easier than relying on word of mouth to get you to the top.

On the flip side, artists nowadays have to do much more than write half decent bops with catchy hooks. A star’s online presence is now equally just as important.

To get that top spot, you have to learn to market yourself in a sea of artists that are trying to do the same thing, you have to develop a brand and pray to the forces that be that it sticks and pays off at some point.

If we think about both Billie Eilish and Lizzo, they do this incredibly well.

While Lizzo is undoubtedly an amazing artist, her message of self-love and acceptance as well as being representative of the oppressed-turned-thriving is indicative of the times we live in right this second.

Maybe this is why she went unnoticed for so long, maybe the world wasn’t quite ready for Lizzo yet.

But when they were, they really were. There’s something interesting about the fact that something just seemed to click.

The stars aligned, and almost overnight, she went from being days away from quitting music forever to winning a Grammy for a song that was released two years prior, a Vogue cover, named Time’s entertainer of the year 2019, and had the longest running Billboard Hot 100 number one by a solo female rapper with that same song.

Billie Eilish announces Where Do We Go? arena tour with Manchester dates

And she wouldn’t have done any of it if she wasn’t so charismatic and bold with her sentiments.

Ask any fan of Lizzo why they love her, and I can bet that most people won’t even mention her music.

In a time where influencers are making more money than sense and YouTube is an actual career, we have to admit, personality sells.

Billie Eilish’s rise was a slightly different but just as interesting case.

At just 15, her track Ocean Eyes became a huge hit in the weird and unpredictable world of viral sensations.

In the space of exactly one year (yes, to the day, check out her Vanity Fair interview) her Instagram following grew from 257,000 to 6.3 million, and then to 40.7 million in just another year.

No matter how you look at it, that is an exponential increase. Those numbers make even me feel a bit nauseous.

i’ve never seen a 17 year old sell out two entire tours in less than a minute. billie eilish is going to be the biggest fucking artist in the world. remember us when you’re selling out stadiums honey

To some of you reading this, it might just look like pointless numbers that don’t actually mean anything.

But, they carry value, and a lot of value at that. This sounds obvious, but just to reiterate, that one, singular follower is one single person that likes what you’re doing so much they want to see more.

The thing with Billie is, like Lizzo, she has created a brand that is about so much more than just her music.

She’s the whole package, she has the talent and the spectacle. The charisma and the hard-knock attitude, the youthful innocence and the slightly jaded wisdom.

Above all, she’s become somewhat of an arbiter of taste, and has influenced street style in a way that has made it even more spectacular and bizarre than it already was.

Just as it used to be, if you like an album, you buy it, maybe you see that artist live.

That is typically the start middle and end of your interaction with that person and their career.

And we don’t do it for the music. We do it because we want to know everything, ill-timed Oscar audience reactions to certain comedians and all. You know exactly what I’m talking about. 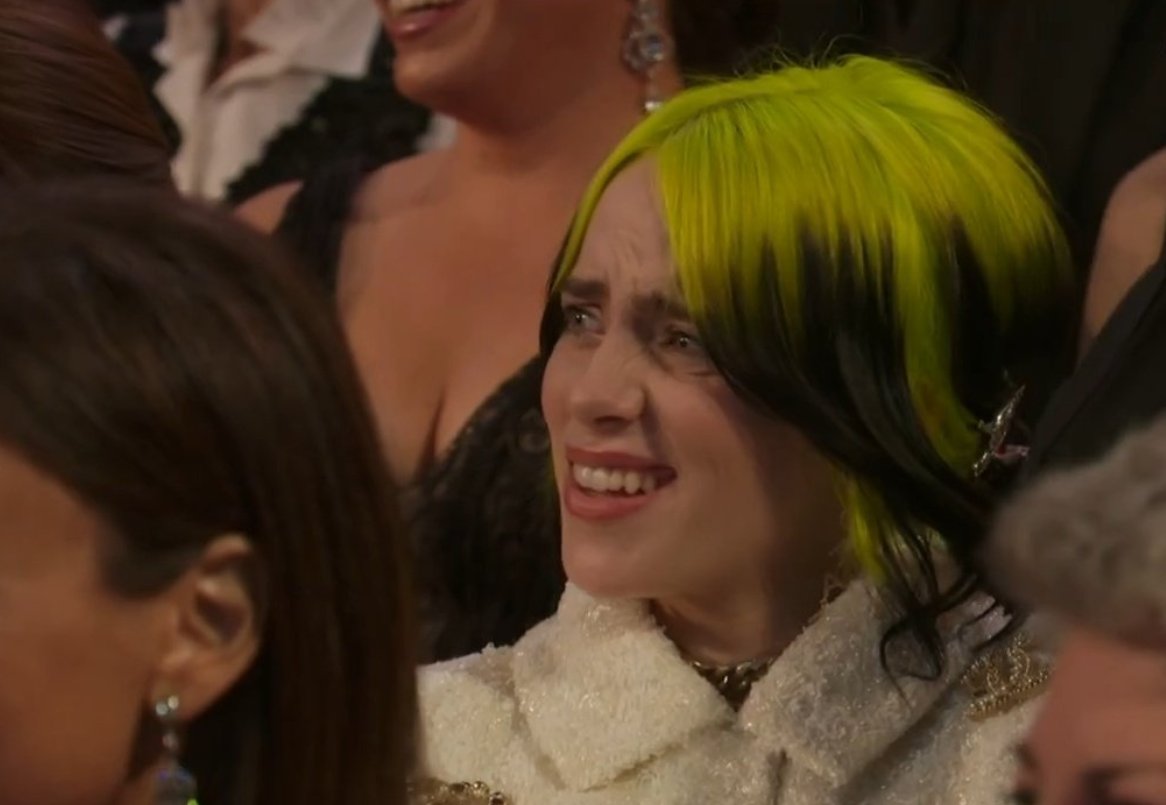 Billie Eilish at the Oscars

We want our feeds to be a reflection of our taste, we want them to entertain us, and it needs to be shareable. Some have this formula down pat, others not so much.

We want guidance, how should we dress? What should I be listening to? What is my favourite artist wearing and listening to? We gain as much as they do, we feel like we’re getting a slice of the pie.

It’s also instant, as we mentioned earlier, artists can rise to that top spot much faster now thanks to digital media, as opposed to relying on the old faithful word of mouth to get you known.

We might have been slightly ahead of the curve here at Getintothis after giving Billie the number 2 track of 2015 with Ocean Eyes, but the last year has seen her flourish artistically and professionally in a way that has taken her from an underground, alternative artist to the number one pop artist on everyone’s minds (and in everyone’s ears) right now.

Of course, word of mouth still plays a role, but if you’re clever about it and have the resources you can make sure you’re featured on every smartphone, tablet, and computer in the world at limited cost for maximum exposure.

There’s a clear distinction, though, between those who do this and those who naturally draw the followers in.

Lizzo chanting Beyoncé before her Grammy win is a mood #Grammys

Let’s talk a bit about Bhad Bhabie, or maybe you know her better as the ‘catch me outside’ girl from Dr. Phil a couple of years ago.

The viral sensation, the bratty teenager that made us all text our mums apologetically with the deepest concern that we ever behaved that badly.

Of course, we didn’t, because if we ever did, they’d have smacked it out of us so hard we’d forget our own names.

It amazes me how Bhad Bhabie got famous off being disrespectful.

Bhad Bhabie has gone on to land a record deal with Atlantic Records and release an album that was surprisingly successful, had her own MTV reality show, and started her own cosmetics line. All because she had the following to do so, and that’s all investors care about.

Whether you follow that person because you love or hate them, they’re still making money from you. A follow is a follow no matter how you look at it.

This is where it’s hard to distinguish between what’s an inevitable flash in the pan that will fizzle out faster than you can say ‘catch me outside’ and a fruitful, distinguished career.

In today’s times it would be ludicrous to not capitalise on the exposure, which is why so many people do it.

But if you haven’t got the talent, the brand, the personality and the spectacle to back it up, your career is over faster than it started.

This is the difference between the meme-produced ‘influencers’ like Bhad Bhabie that try to form music careers, and artists like Lizzo and Billie Eilish that are lucky enough to carry the whole package and sell it well.

I think it’s safe to say that we will see a Billie Eilish or a Lizzo Super Bowl halftime show at some point in the future, whereas Bhad Bhabie is pretty much destined to be featured on a ‘Where Are They Now’ type show in 10 years, explaining to the masses that her rise and inevitable fall were based on nothing more than being disrespectful to the woman that gave her life.