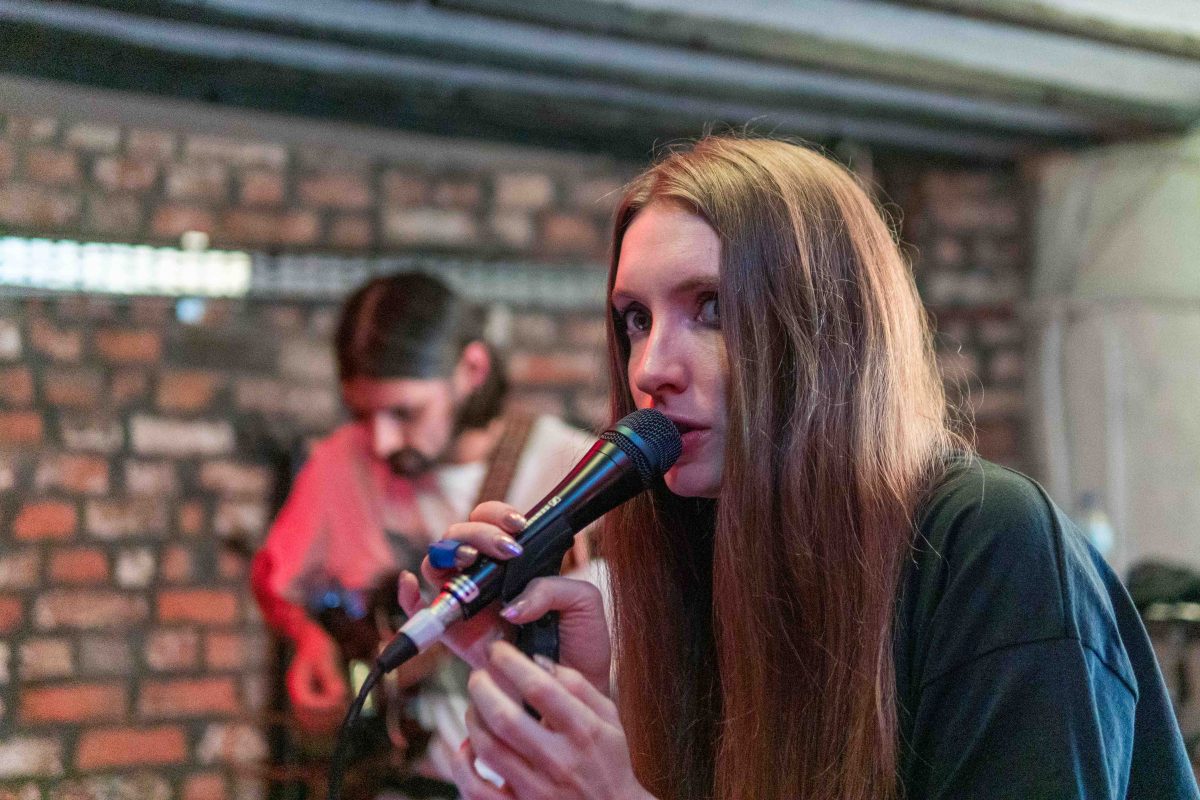 Dry Cleaning first stole our hearts mid-last year with the fantastic Goodnight from their debut EP Sweet Princess, which we instantly made our Single of the Week.

Then a sublime appearance at Future Yard saw them to be even better live than on record, followed by another corking six-track EP Boundary Road Snacks and Drinks and we declared them to be one of the bands of 2020.

So tonight is the audition for that.

But first, here come Pozi, a trio who, like the headliners, hail from London.

Incorporating a violin, they are unconventional and it’s easy to see why there’s people who don’t get it straight away, but the rewards are there for those who stick with it.

The fiddle gives them a softer sound, except those moments where they get to wig out, and when they go for it, they are pulsating.

Occupying the same ball park as a wonky Field Music, the sold out crowd literally bay for more at the end of their set.

Dry Cleaning are quite the oddity these days in that they have no real social media presence, so the aura around them this evening is palpable, as people have come to see what the ever growing fuss is about.

And deliver that fuss they do.

Right from the off, their punchy vignettes laced with apathy, longing, despair and hope, whilst also holding a thinly veiled hatred for the subject (whatever that may be) are contagious.

Singer Florence Shaw is a supremo of the spoken word, a pretender to the Eddie Argos/Nigel Blackwell throne of delivering their truths, however cutting.

But it’s not all about just the lyrics (which is a good job, as tonight they are harder to make out thanks to an unusually quiet microphone).

The noise that accompanies the words is exceptional, adding a steel to the soft-spoken cynicism.

They roll through the majority of the two EP’s, Sit Down Meal and Viking Hair becoming cacophonies of sound by the end of each.

We also get a new song, a tantalising glimpse of what’s yet to come on the (hopefully imminent) upcoming debut album.

Traditional Fish is a joy, celebrating the minutiae of the modern mundane.

It reads like a 21st century version of the Are You Being Served? theme tune.

Tonight @poziband were as expected ace some really top songs

They end with the topical Magic Of Meghan, which flies in the face of public opinion by praising the ex-princess rather than condemning her, and set-closer Conversation, which tonight is truly spellbinding.

The last few minutes, Shaw repeating one of the bleakest phrases committed to music over and over, “e-mailed by the takeaway again”, whilst the other three musicians let themselves go is a sight to behold and is there, it feels, just to lose yourself in. 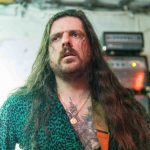 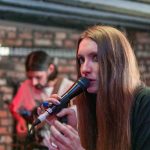 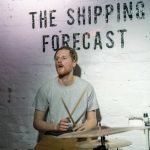 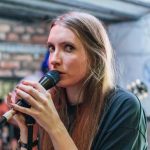 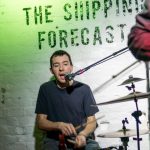 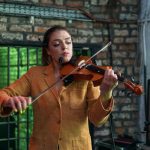