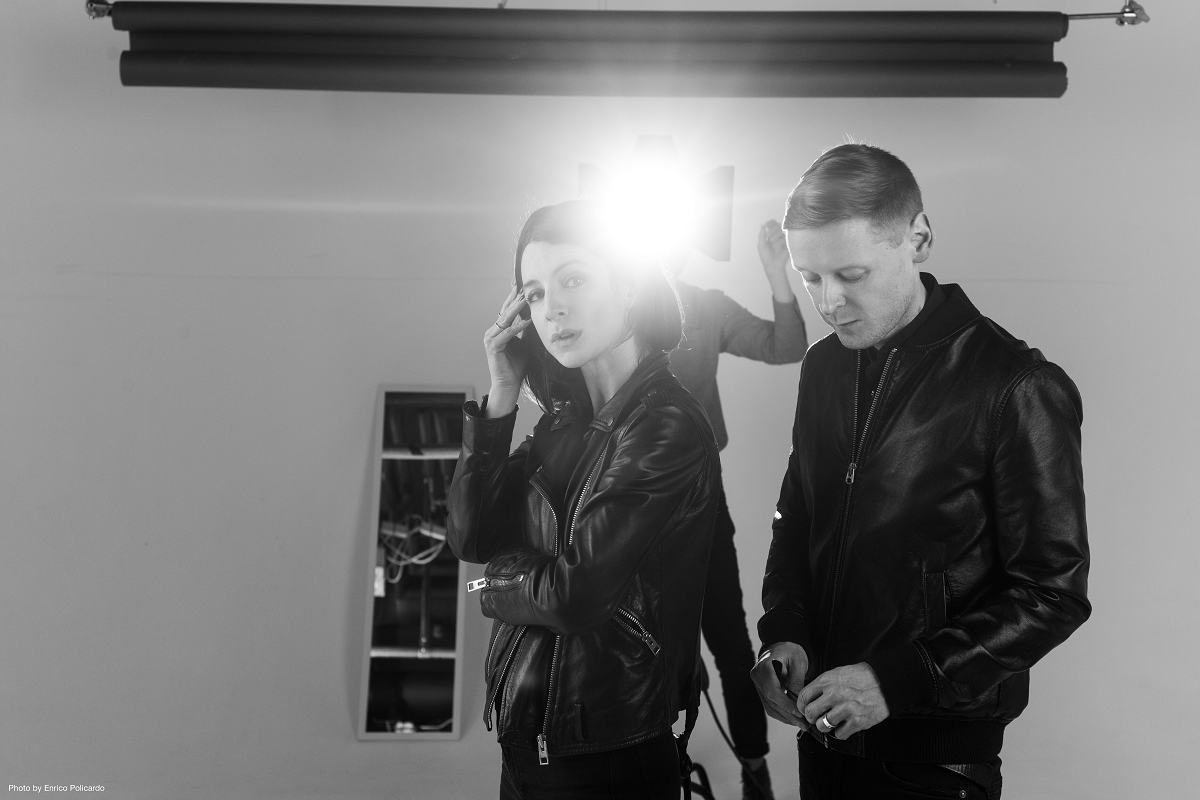 Singles Club has come round again and this week Getintothis’ Matty Lear is at the helm.

Finally it is February and the world feels better for it. The promise of spring and the summer, of new sun and the glorious moments to follow.

And so it seems that February is very much the ‘Single’ of the music world.

Singles are unique in the fact that they mark something new. If the album is the end, the single is the start, and there is nothing more exciting than a beginning.

The April flurry of new album is already approaching and with it: the tours, shows, festivals, special releases and the rest of the lot.

The buzz and success of all this bridges upon the humble single – the hype and preorders, tickets and streams – here, a little means a lot.

So check these beginnings. From Argentina to Chesire, from Sweden to Nashville, here’s to a taste of everything.

Track Of The Week:

After a ten-year hiatus, these UK Prog rockers return with a fresh offering of expansive genre-bending pysch-soundscapes.

Silent Genesis, taken from their new album out this April, mixes contorting synths with a vast palette of progressive guitar sounds.

The reformed outfit, of which vocalists Jon Courtney and Chloe Alper were the only members of the band to return, build the track as it goes; rising from to a final cacophony of noise.

A real banger that has ambition and chops to match, only made better by that true headbanger of an outro. Ferocious.

Jockstrap’s Georgia Ellery and Taylor Skye have owned an extraordinary 18 months since launching their debut mini-album Love Is the Key to the City, adding to the momentum with swooning new track Acid.

Building from one of Ellery’s original piano demos, Acid has clearly still has keys at its core, ensuring that melody courses through an otherwise experimental array of instrumentation.

“Acid is a track for my brother. It’s expansive, vibrant and filled with love” Georgia Ellery said about the track.

“Taylor designed this beautiful sound world: I sent him a 6/8 ballad and he sent me back this other worldly thing.”

Of that it certainly is. Quirky and catchy in equal measures, this is a true triumph of new, neat contemporary pop.

CMON (Confusing Mix of Nations) is Jamen Whitelock and Josh Da Costa, a duo hailing from New York, focused on fusing past and present to produce a improved hybrid of spaced out dance music.

The lush retro synth lines and vocals, layered on a groove of analog drum machines, make the music memory-esque. Like old feelings, past times and bottled nostalgia all come to life at night.

Explaining the track, Da Costa reveals “‘Zoo was written and recorded on a rainy night in LA – the zoo in question is right across the street from where my grandmother lives in the Caribbean.

It’s a strange, shady place with a sad energy on an otherwise idyllic island. Both bleak and mystical. The combination of sunshine and weird vibes is a source of great inspiration.”

This sense of mystery, of sun and strangeness translates perfectly into ‘Zoo’. A deliberate anachronism, this thing stands bold.

From Pamplona, Spain, a picturesque region nestled just south of the Pyrenees, Indie pop quartet Melenas offer up their own form of sun and style in the form of 3 segundas.

The track is described by the band as “reverbcore journey in kraut rhythm”. Just take all that in for a second. But regardless: a journey is what it is.

With the bass groove of LCD Soundsystem’s Losing My Edge pulsing throughout, sweet Swedish strings are left to tinker and twinkle atop.

Defined as “somewhere in the space behind a well-worn eight-track recorder and the polish of present-day production”, Agent is a glorious arrangement of high-strangled guitars with a mean movable undercurrent.

This three-piece Montreal art rock outfit are no strangers to praise, coming off their last release Deep In The Iris, winning them the 2016 June for Alternative Rock Album.

Yet the release of Young Buck sees them soar to new heights.

Aided by Death Cab For Cutie’s Chris Walla, the song’s sharp production becomes central to its success, with its clean and luscious make-up.

Everything from the floral design cover design to the lyrics “what I am drawn towards”, gives this track a real blossoming feeling.

Beginning with the tight tongue of Standell-Preston weaving in and out of a steadied rhythm of bright pumping synth, the track reflects this growth; evolving and filling out, to culminate in a sweet layering of sounds; of spring growing into summer.

Taken from their upcoming album Shadow Offering, catch them live this April 28 at Phase One.

Taken from her upcoming second album La Yarará, to be released this April, I’m Leaving Home beautifully weaves together aspects of language, culture and identity into a soothing snippet of Latin folk.

It is a hymn of sorts, departing from the colourful previous Spanish-language single En La Noche into tender English-language telling.

“When you’re born in Argentina to parents with Italian passports, then grow up from a young age in Hertfordshire, it’s easy to feel like an outsider. Who are you? Where are you from? What do you sound like?”

But this struggle, this flawless lacing of culture, is beautiful at least. Totally, absolutely, and utterly stunning.

This Cheshire alt pop four-piece, all aged rather remarkably between seventeen and eighteen-years-old, bring their own brand of loose rock, laden with tight hooks.

It is their debut single, and already demonstrates an extraordinary level of talent and maturity. From Lucas Humphreys’ gravelled vocals to the funked-up rhythm and wailing licks behind, this track is impressive work and great mark of things to come.

Though sticking her usual sonic aesthetics, the lyricism sees a change from her previous releases; from the anger and anguish of Your Dog and Clean, circle the drain seems more self-concerned.

Though the sentiment of sadness very much remains, the soft lifting chorus, coupled with lyrics like: “Hey, I’ve been falling apart these days”, makes for a different type of introspection.

The track is gorgeously fashioned, and only seeks to prove Soccer Mommy as one of the most exciting and deserving indie stars right now.

After emerging from Birmingham’s coldrice scene and releasing two full length albums in two years, Danny C and T-Bird return from a brief hiatus with Baby’s Made Her Plans.

For fans of Wilco’s Yankee Hotel Foxtrot and First Aid Kit, this track is brimming with ample country staples; the searing organ fills out the background for gliding slide licks and soft percussion to patter upon. Still, it is its person, with particular lyrics and longing vocals to figure with.

The 22-year-old multidisciplinary London-based artist Raissa, shares her first ever release, both self-recorded and self-produced.

Combined with the accompanying music video, of which she also directed and edited on her iPhone, this is project firmly about her. About ability and about feeling, and it succeeds in striking an extremely personal and personable note.

Borrowing from the current glossy-pop production trends, Raissa unconventionally turns this form into one of sincerity.

“This is me being fully honest and vulnerable about the cost of being a girl who isn’t going to make herself small, or big or anything really, for anyone,” Raissa says. “To be valid as I am.”

Hamerkop: The Slendour That Was Rome

The most out-there pick of the lot.

Taken from the new LP ‘Remote’, this track is certainly a must-listen.

Sitting upon a deep bubbling synth, Hamerkop’s airy vocals are trance inducing. Still the song is anything but boring.

Playing on layers of instrumentation, the late introduction of a droning sitar sound displaces everything around it. Not a tune a tune to find yourself, but instead to get hopelessly lost.

South London four-piece Dry Cleaning hit the road this month for a run of UK tour dates, including a show at The Shipping Forecast on 21 February.

Yet this is the point. For fans of Working Mens Club, likewise Dry Cleaning find interest in the seemingly uninteresting. With the simplicity of their sound, the words catch in the ear more, and suddenly the song feels a different form. A poem, I don’t know.

Intriguing stuff and the beginning of what is set to be a vital year for Dry Cleaning.

This second single from their Lunar EP is something really special and subdued.

With percussive keys tinkering throughout, PRLYSD carries itself like an Olafur Arnalds piece, wrought with soundscaped atmosphere and emotion.

Vocally, the stripped back elements echoing Bon Iver’s earlier work, push to the track to meet new levels of tenderness.

But past the three-minute mark, the energetic electro side emerges into a BICEP style last run, eventually fading off and begging to be repeated. Exquisite.