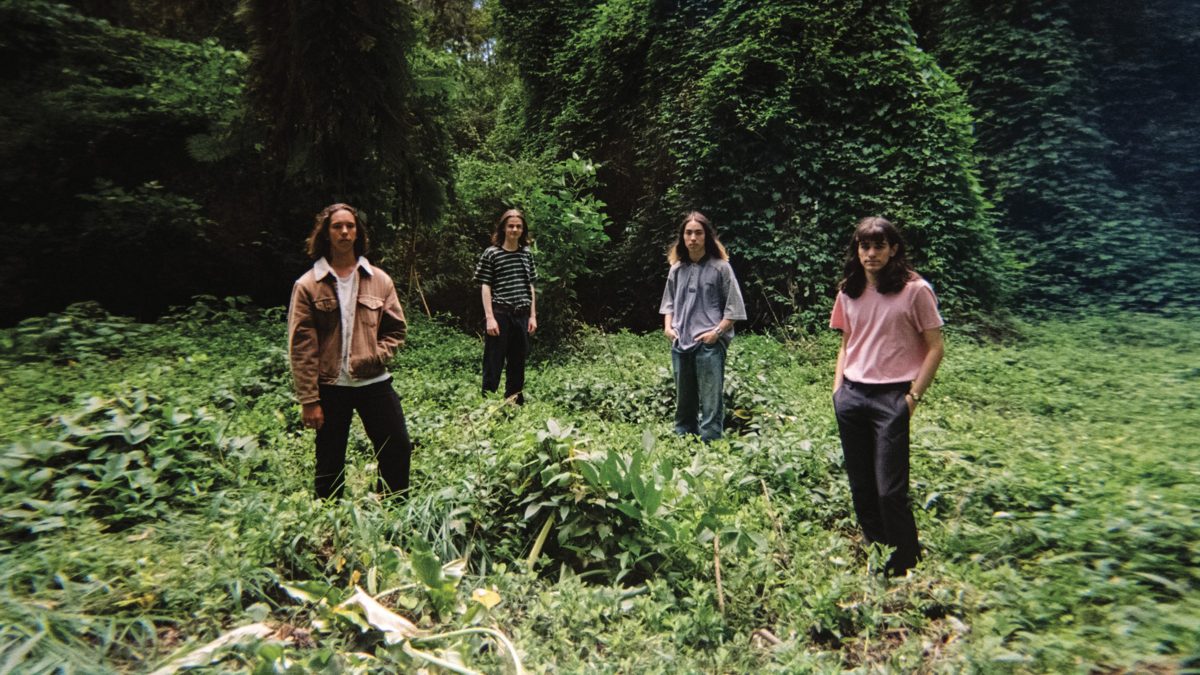 The Lazy Eyes from the band’s FB page

Another week another Singles Club, Getintothis’ Michael Maloney gets all mushy over this week’s releases.

Single of the Week
The Lazy Eyes: Cheesy Love Song

Yep, I’ve gone and done it. It’s Valentine’s Day and I’ve chosen a love song, but when a song arrives in your mailbox titled Cheesy Love Song and Singles Club falls on 14 February is there really any other song that could have been Single of the Week? Maybe, but only if you’re a cold-hearted S.O.B. in which case go and listen to some Kelis to soothe your pain.

It does help that this is a belter of a track.

The Aussie quartet The Lazy Eyes, have channeled their inner Beatles on this track it’s got all the elements of the fab four’s later work and a little touch of Tame Impala to boot.

The piano opening segways into a string section before sliding back into 60s psychedelic pop.

The song is neither cheesy nor overly lovey-dovey but a great piece of psychedelic pop.

The Golden Age of TV: Me, You and a Dog

Any other week and this is Single of Week but I’m being a soppy fool so apologies to Leeds’ The Golden Age of TV.

A punch of indie-rock, Bea Fletcher vocals are smart, cool and sharp the perfect foil to the crashing all-out rockathon going on behind her. It’s a riot of fun from beginning to end, Me, You And A Dog will have you grinning from ear to ear and if there’s any aforementioned dogs they’ll surely be wagging their tail along as well.

The perfect mix of White Denim, Sports Team, and The Big Moon what’s not to love!

The third release from Alfie Neale‘s five-song EP, If My World Falls Apart, released ahead of his appearance at this year’s Liverpool Sound City.

Vices’ cool clipped guitar opening and Neale‘s smooth vocals combine for a soulful laid-back track with a great groove that busts with flourishes of piano and shimmering electric guitars come the chorus.

The red half of Liverpool’s favourite scouser after Trent Alexander-Arnold.

A track rooted in personal experiences, Living For Yesterday, follows the trap you get caught in of needing to fit in and conform, ‘a smoke and a line, another Peroni, he must be alright if he’s wearing Missoni’.

The catchy guitar and Webster’s vocal delivery means this track will catch on quickly, it already feels familiar after one listen, we’re pretty sure it won’t be long before it’s belted out alongside Allez Allez Allez post-match.

Webster’s made his name playing songs from the terraces and it can be hard to move on from that but if he manages to produce more songs like this it’ll make it a whole lot easier.

I Break Horses: I’ll Be The Death of You

I Break Horses preview their third album, Warnings, with their latest release I’ll Be The Death of You.

A sweeping shimmering cinematic track that builds up into an epic release of musical textures of synth, drum machine and keyboards.

Maria Linden‘s vocals are ethereal and enchanting as she draws you in with her soft vocals, ‘I’ll be the death of you’, she sings like a siren ready to pull you under the waves.

Lake Trasimene is a fun slice math pop full of angular rhythms and staccato guitars intersected with bursts of melody.

With echoes of early Foals and Field Music fans of both of these will find this an enjoyable track.

The newest track from the Italian noise artists is actually a reinterpretation of an Italian folk song and we’re pretty sure the original sounds nothing like this.

Il Secondo is a dark track full of doom from its opening bars which thump their way through the song like a pair of jackboots while the lyrics feel like they’re been sung under duress.

Crackles, clips and snarls work their way around the track adding to the oppressiveness of the song, It all begins to make you feel uneasy as the presence of the song hangs ominously over you like a spectre.

How Do You Feel is a psychedelic assault that blends synth-pop and shredding guitars.

A slow burn opening of chilled beats and heavy synths then descends into a psychedelic jam session halfway through as face-melting guitar solos take control of the track.

Wasted Shirt: All is Lost

Ty Segall and Brian Chippendale have teamed up and the result is Wasted Shirt.

All is Lost is a riot of shrieking guitars, fuzz and Segall and Chippendale screaming like teenagers in a hardcore band.

You’ll either love the sound of that or hate, if it’s former rather than the later then you’ll enjoy these two rock heavyweights having blast while making a riot of noise.

The second single from the Disq’s debut album, Collector.

Loneliness starts off as a melancholic acoustic piece before bursting into life midway through the track as the rest of the band joins in.

Its a great indie rock track that mixes the classic loud-quiet formula and at times reminds us of Weezer‘s Island in the Sun.

A piece of celestial synth that take you off on to another world.

At times reminding us of Cocteau Twins as Libra’s vocals abandon any sense of recognition and instead becomes an instrument itself added to the soundscape, the more the song progresses the more intriguing it becomes.

Roch teases her new album, Via Media, with her newest release T-Rose.

This piano-led ballad allows Roch’s vocals to centre stage. Vulnerable and melancholic you can feel every ounce of emotion in each word.

The song deals with the absence of a child, lost or never really there we never find out and Roch‘s hushed vocals do an amazing job at capturing the anguish that such a trauma can bring on.