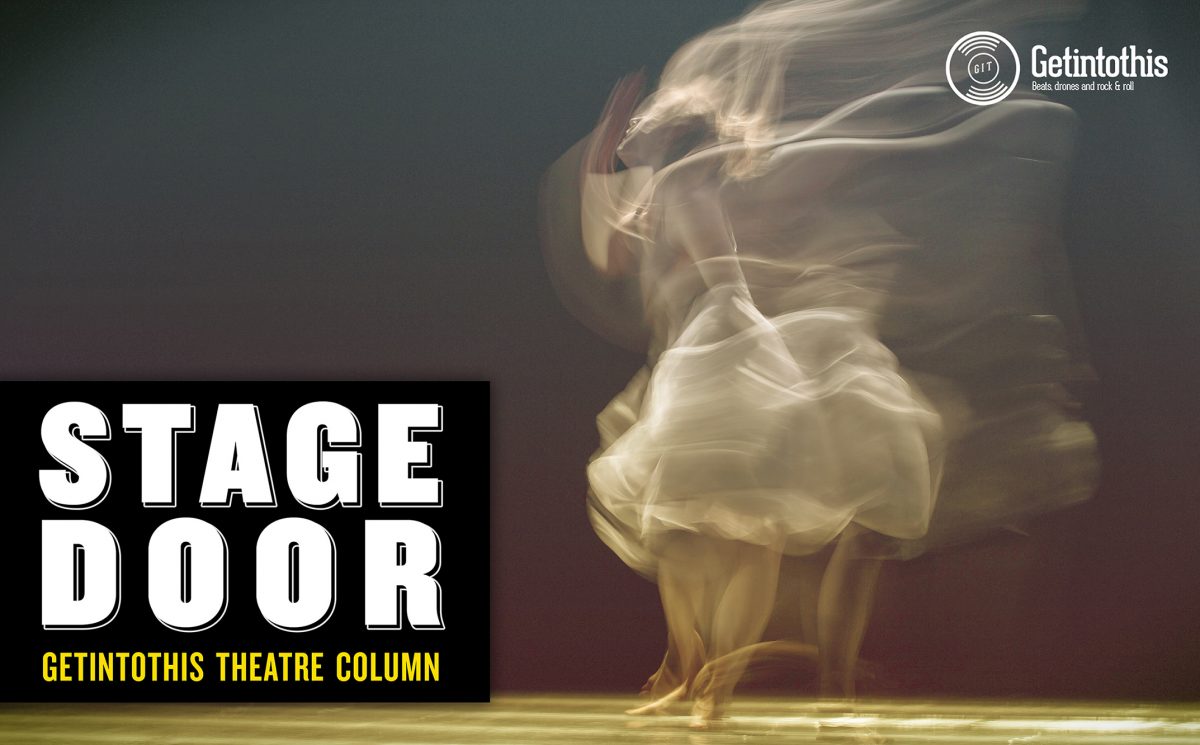 Stage Door – Getintothis’ theatre column featuring The Spine, The Suicide, I Think We Are Alone and more

A brand new theatre column for a brand new decade, Getintothis’ Ally Goodman previews all things thespian on Merseyside and beyond.

Considering I’ve been treading the boards for more than 15 years, while making a living writing press releases (amongst a few other things) for all manner of arts organisations for even longer than that, it’s a wonder looking back why I haven’t pitched the idea of writing a theatre column to anyone until now.

I’d like to begin with a huge thank you to Getintothis for giving me this opportunity to shine a spotlight on some of the most intriguing theatre taking place on Merseyside and beyond.

I’ll be casting an eye each month over as wide a variety of shows as I can manage, taking in both the mainstream and the obscure and hopefully providing – in the words of Mr Barnum – something for everyone.

The stage is a real passion of mine; it has been ever since my A-level English teacher convinced me to audition for the part of Satan in The Wakefield Mysteries, following a reading I gave of Judge Danforth in The Crucible.

Probably best not to read too much into those early castings come to think of it.

There’s a veritable smorgasbord of shows taking place every month in the North West but I’ve done my best to pick out an intriguing seven coming up in February.

If you know of a show that you think should be on our radar for a future column, let us know; we do a love a hidden gem.

So without further ado- and with a huge thank you to Getintothis for the opportunity to give this a whirl – welcome to the inaugural edition of Stage Door – Ally Goodman, Theatre Columnist. 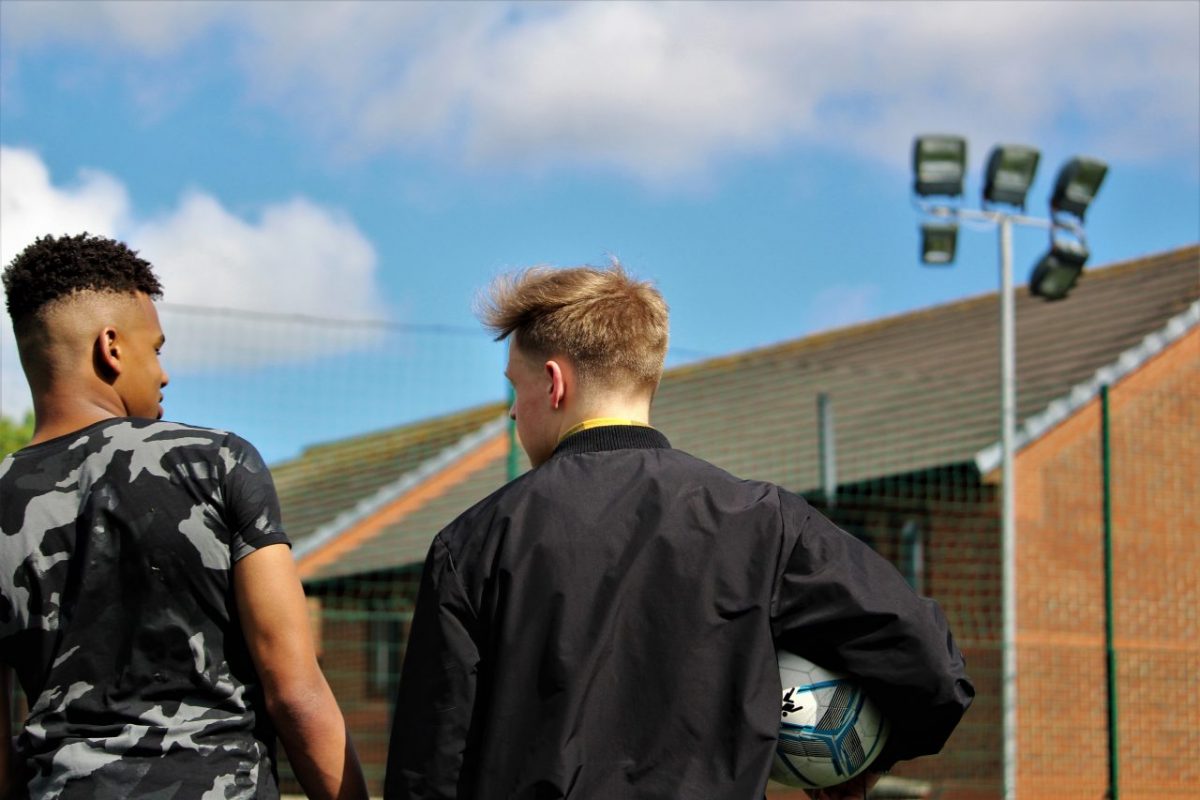 With the red half of the city already organising sweeps on how early Jurgen Klopp’s men will have the league title wrapped up this season, it seems an apt time for this brand new play at the Unity to take an explosive look at the football academy system in the UK, which brought the likes of Liverpool’s Trent Alexander-Arnold into the limelight.

Kyle, Liam and Hakeem dream of football, fame and fortune. After spending most of their teenage years being the spine of the team, the premier league is now at their fingertips.

But as they all reach for that golden contract, the cracks begin to appear as years of institutional racism, and hyper-masculinity begin to take their toll.

The Spine is an explosive new show that shines a spotlight on a system that promises the world but leaves over 99% of young men on the side-lines.

A timely examination of how young men see themselves in the 21st century wrapped up in a brilliantly accessible premise for an audience that falls outside of the usual theatre-going crowd. 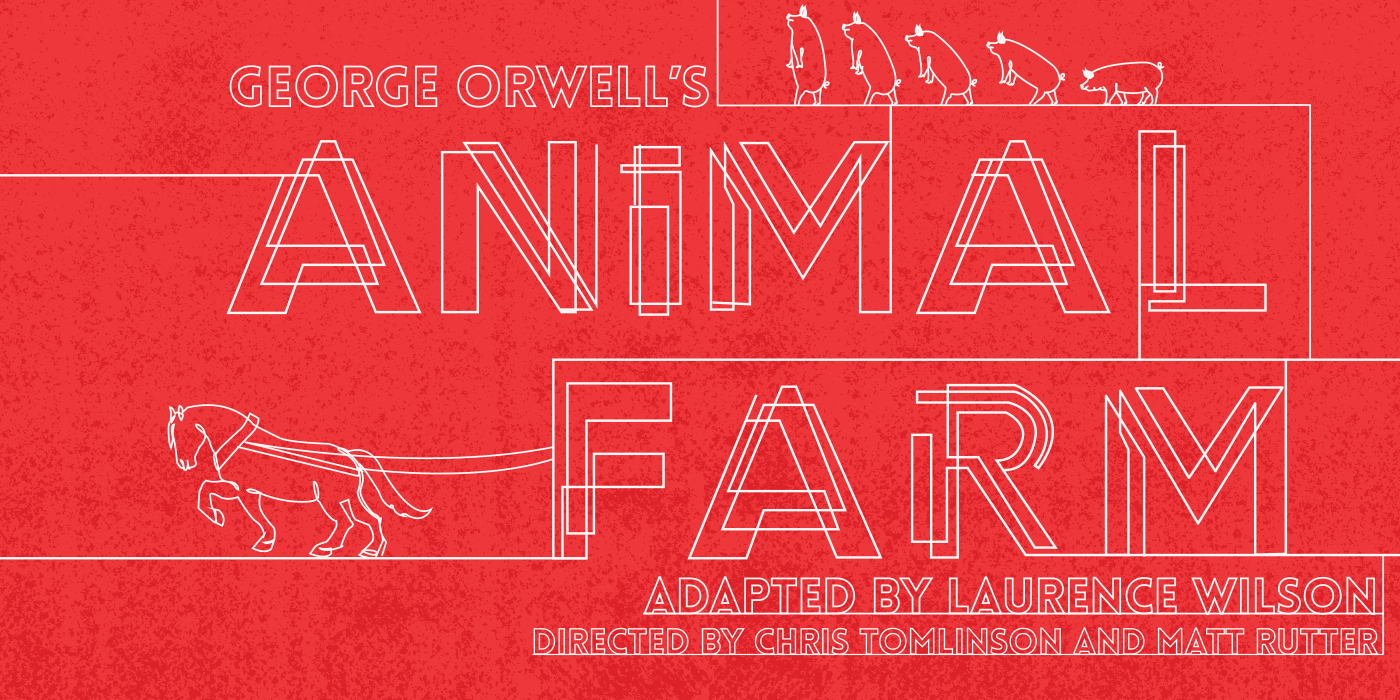 It’s been pretty much a given that underneath every post-truth tweet coming from the keyboards of Johnson, Trump et al. in the last few years, there will be someone posting an ominous George Orwell quote in response.

The likes of 1984 and Coming Up For Air continue to provide strikingly relevant commentary in an age of austerity, Brexit and corruption.

So in this new adaptation of the author’s 1945 novella, Animal Farm, Laurence Wilson, whose previous theatre credits for the Everyman include Urban Legend, Lost Monsters, Cardboard Guitar Man and Tiny Volcanoes, expect the Young Everyman Playhouse (YEP) to take on the timeless tale of tyranny and political power with the gloves well and truly taken off and tossed over the sty.

If you’ve not had a chance to see a YEP production before, there’s no better time to witness the next generation of Liverpool talent in one of the city’s finest performance spaces. 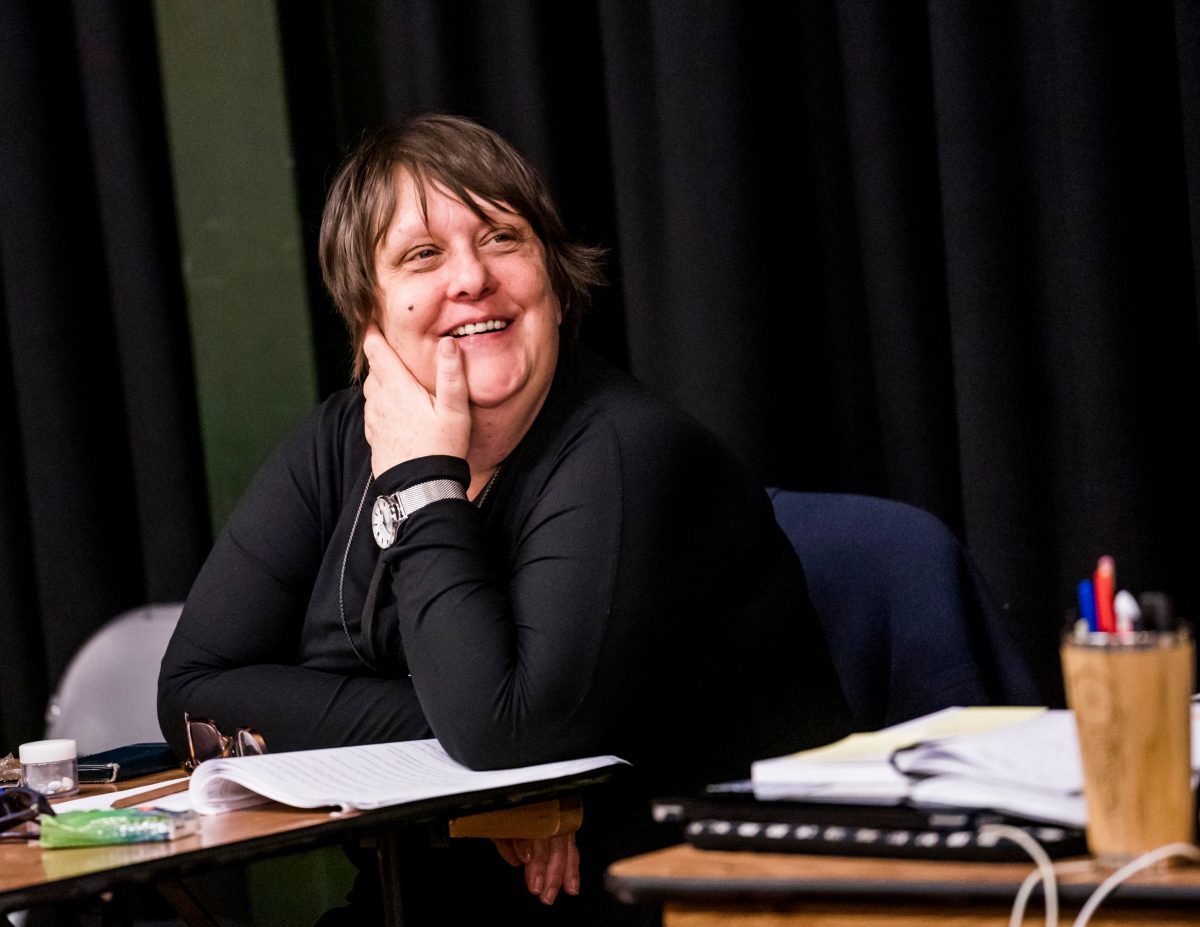 I Think We Are Alone
Playhouse, Liverpool
Runs until February 15

Frantic Assembly are game changers when it comes to physical theatre and movement direction.

They’re one of those companies that audiences rave about after experiencing one of their shows for the first time and with very good reason.

I Think We Are Alone sees them teaming up with co-directors, Scott Graham and comedy legend, Kathy Burke, to celebrate the company’s 25th anniversary.

The new production promises to be a bittersweet and funny take on our ache to connect with those voices we need to hear again, those arms we need to feel around us and those faces we need to see again.

It is about letting go and holding on to what we love the most.

Expect a delicate and uplifting play about our fragility, resilience and our need for love and forgiveness at the Playhouse this February.

The Suicide at Chester’s Storyhouse

Despite only writing only two full length plays, Nikolai Erdman is widely considered one of the greatest Russian playwrights since Chekhov.

His impact on Russian theatre is remarkable considering the sparsity of his output. The Suicide, which opens at Chester’s Storyhouse this month, was banned by Stalin before it even made it to the stage.

A comic drama about a man whose declaration to kill himself is hijacked by those around him, its assertion of individual power apparently did not sit well with the Communist leader.

Stanislavsky came to the show’s defence and eventually convinced Stalin to let it be performed but Erdman was later sentenced to three years’ exile in Siberia, and a further ten years’ banishment from the capital.

This is a great chance experience a fascinating piece of theatre history in a wonderful venue that is still flying under the radar with audiences outside Chester. 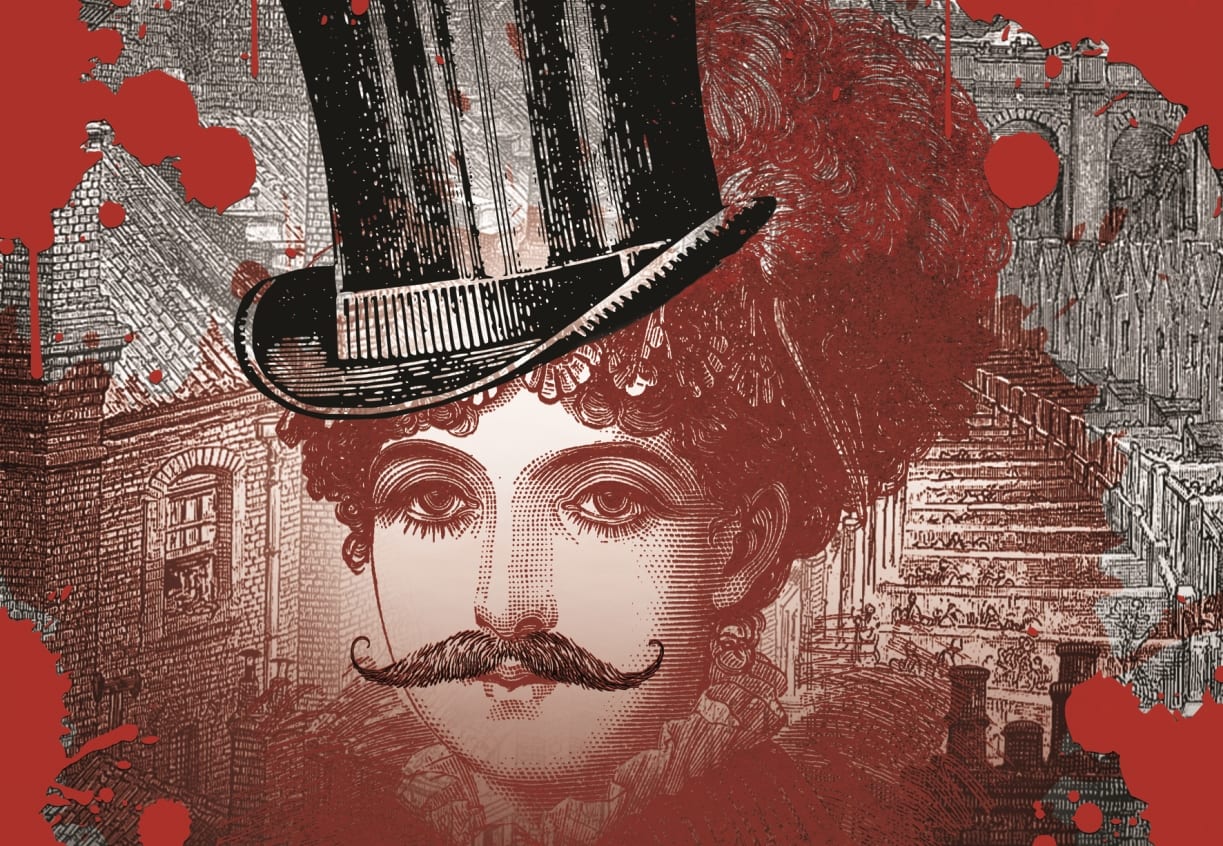 A vaudevillian take on a local urban myth sees a host of young Liverpool actors and producers present the true (ish) story of the ‘Scouse Ripper’ at the Royal Court this month.

The Unlikely Candidate is a dark comedy with original music written by Francis Tucker and performed by the incredibly talented mentoring students of Liverpool’s Royal Court.

James Maybrick was murdered in his Aigburth home by his wife in 1889 and, following his death, was revealed as a suspect in the Jack The Ripper cases.

This brand new show puts him firmly in the frame by revisiting his gruesome crimes and shining a light into the darkest places with some unexpected consequences. 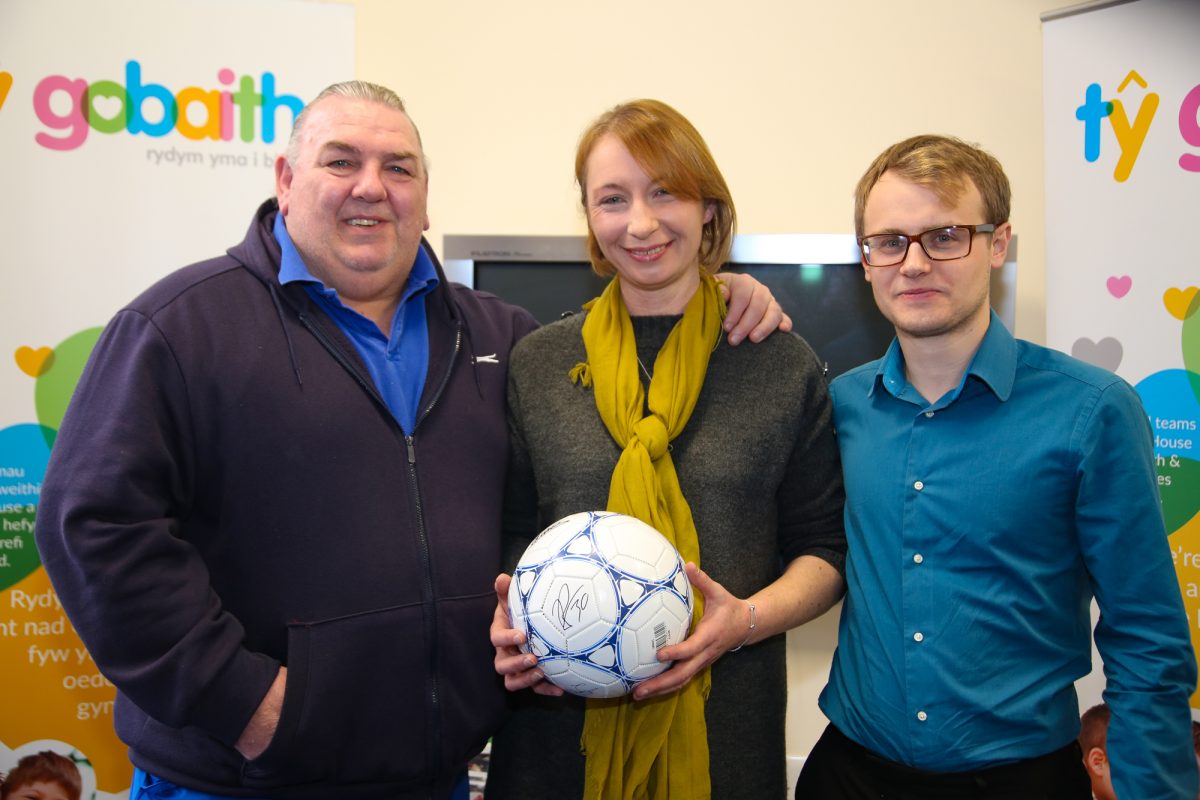 Everton goalkeeping legend Neville Southall has become an unlikely figurehead for this brand new play raising awareness of stillbirth and the devastating effects it can have on individuals and their families.

Last year, writer Philippa Davies took to social media to promote her crowdfunder for Dancing in the Wings – an autobiographical play based on the loss of her own daughter, Sam, who was born asleep. It tells the incredibly moving story of how Ty Gobaith Children’s Hospice’s counselling service helped her move forward from her loss.

And it was on Twitter that Southall became aware of the play and used his platform to direct people to the crowdfunding page, which has since smashed its target of £1,500.

The former Wales international then agreed to a rare public Q&A to help raise more funds for the show to tour around more venues this year.

The play opens at Theatr Clwyd in Mold later this month with proceeds going towards Ty Gobaith and the stillbirth and neonatal death charity, Sands. 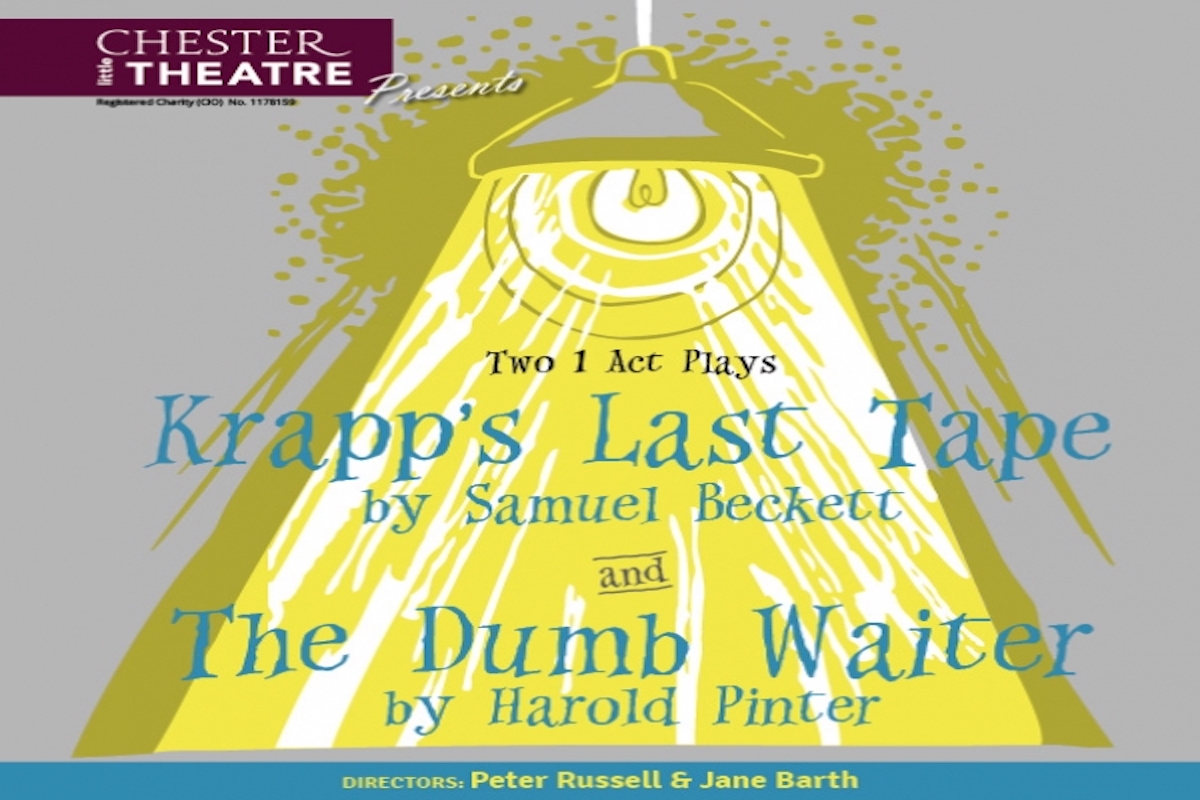 The Salisbury Studio space at Chester Little Theatre has played host to some brilliant and challenging new work over the last few years but this February we see two classics of the stage take up residence for a double bill running for three nights.

Samuel Beckett’s exquisite one-man show, Krapp’s Last Tape presents the audience with, what John Hurt called, ‘an essay on loneliness and self deception’.

A wearish old man sits at a table on which is a tape recorder. He listens to his earlier life being described by a younger self and struggles to relate to this man’s energy; this strong sense of anticipation.

It’s a role relished by seasoned actors in a play that will appeal to those who may not be fans of the rest of Beckett’s back catalogue.

On the other side of the interval will be The Dumb Waiter. Arguably the best of Harold Pinter’s early plays, the set-up is deceptively simple and the payoff is quite something.

Two men in a room, waiting. As the audience waits with them, they share their suspense, boredom and occasional hilarity.

Compelled to fill the threatening silence with trivial chat and banter, the spotlight turns on their struggle for power as well as the bizarre, meaningless nature of their lives.

But as so often with Pinter’s tales, something is waiting for them…