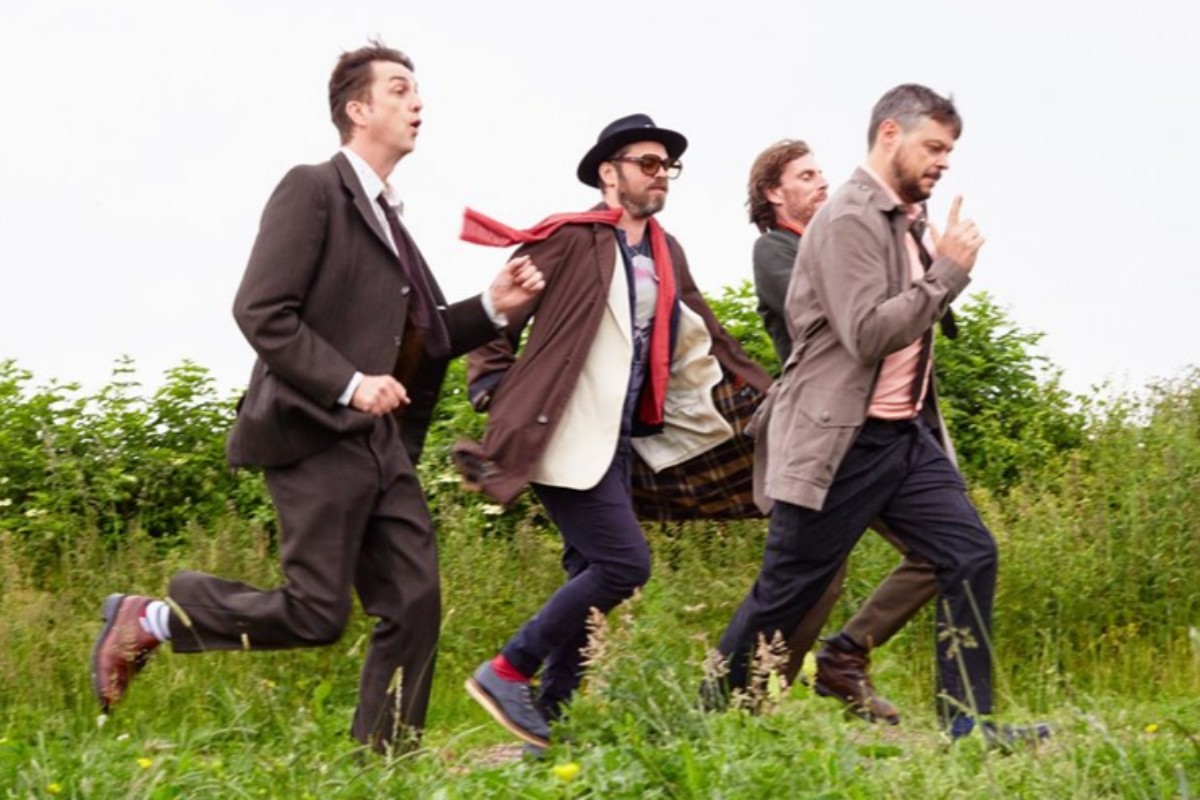 Supergrass played an intimate show in Coventry as a prelude to their massive comeback tour, Getintothis’ Jules Reid was there to check it was Alright.

I have been a fan of Supergrass for many years.

I bought their first single Caught By The Fuzz on cassette in October 1994 and played both it and the excellent b-side (and debut album track) Strange Ones repeatedly.

Caught by the Fuzz reminded me of my relationship with my older brother and I could easily relate to the lament of the teenage pothead: ‘If only my brother could be here now, he’d get me out, he’d sort me out alright…’

At secondary school I played in a covers band called Dot Dash. Our set included two Supergrass songs: Caught by the Fuzz and Alright.

The last time I saw Supergrass play live was at Leeds Town and Country Club in 1996, a month after Going Out, the lead single from their second album In It for the Money entered the UK charts at number 5.

Going Out, with its inspired and unashamedly retro organ riff, signalled a departure from the post-punk material of Supergrass’ debut album I Should Coco and helped to propel singer Gaz’s older brother Rob to centre stage.

Supergrass are still, to me, what being an English teenager in the 1990s sounded like.

Proper, Ned Murphy and the restless brilliance of a Scouse songwriting hero

Coventry Empire, the location of tonight’s show, is a former Odeon Cinema which was converted into a venue some years ago and sits right in the middle of Coventry University.

Though perhaps predictably, there are precious few students in attendance at this evening’s very close to sold out show. The demographic is predominantly male, late-30s onwards.

The band might have opted for a tongue-in-cheek opener in the form of In It for the Money – but the fact is that this Supergrass reunion seems more than just a commercial exercise.

We remember being astonished that at a festival appearance in his hometown of Oxford back in 2016, not one Supergrass song appeared in his set. Though, had the lead singer’s solo performances contained liberal sprinklings of his best-known hits then it would unquestionably have diluted the impact of the band’s reformation.

One song that did feature regularly in Gaz’s solo set was Moving – which arrives fairly early on tonight. This 1999 Top 10 single (from the bands eponymous third album) showcases the superb musicianship and individual skill which adds up to an impressive whole.

Wow, what a great gig, Supergrass at the @CoventryEmpire. Superb, on fire blasting through a great set. If that was a warm-up gig then bring on the tour. Thanks fellas, safe travels. @SupergrassHQ @MonkeyBasket @GazCoombes pic.twitter.com/KRqMoz9B7v

Mick Quinn’s falsetto backing vocals, arguably an even more vital component of the Supergrass sound than his bass playing, are as improbably high and harmonious as they ever were.

Danny Goffey could never be accused of being a robotic slave to a click track. Drumming, as he does, like a man filled with contempt for metronomic conventions, he never seems to be entirely sure which drum fills are supposed to go with which song.

Moving seems to occupy a myriad of time signatures, ebbing, flowing, rocking and rolling. It was loosely controlled chaos – and sounded absolutely brilliant.

It was at this point that the set caught fire.

Gaz comments on the fact that a few warm-up shows (notably last year’s Pilton Party) aside, tonight is the band’s first ‘proper’ (i.e. full length set) gig in over a decade.

Supergrass are onstage at The Empire for approximately 100 minutes and the strength and depth of their archive is impressive.

Hit follows hit and we recall just how many superb songs there are: Sun Hits the Sky (powerful, monstrous keyboard solo) Late in the Day (melancholic) Pumping On Your Stereo (FUN).

I wasn't gonna bother with Supergrass tonight, but I'm so fucking pleased I did! They were incredible. pic.twitter.com/sVapTEz77F

An encore which opens with Caught By the Fuzz and Bad Blood reaches a peak with the dreamy, beautiful and Lennon-esque Fin. The inclusion of this track, a single that criminally failed to break even the UK Top 100, serves as an important reminder to fans that might have stopped following the band at the tail-end of the ‘90s, that their fifth album, the mellow and introspective Road to Rouen, is a work of true majesty.

The encore takes us back to the beginning with Strange Ones from debut album I Should Coco.

Whether or not the four boys from Wheatley Park School are ‘in it for the money’ or not is irrelevant – on this showing they are definitely worth the money – and that’s really all that matters.