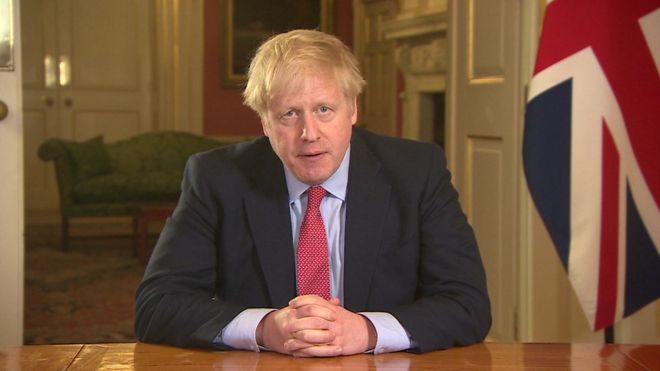 It has been announced tonight that the UK impose futher restrictions on movement from this evening.

The governments instructions are to only leave home for the following for the next three weeks:

In a pre-recorded statement, the Prime Minister said: “To put it simply, if too many people become unwell at one time, the NHS will be unable to handle it. It is vital to slow the spread of the disease.”

All shops are to close that do not sell essential items, and gatherings of more than 2 people are to be banned.

The Prime Minister said that there will be measures in place such as fines to enforce these new rules.

It is the most significant step that the government has taken since urging people to avoid pubs, clubs and other social venues in a speech last week.

The UK today began a new week of living through the pandemic, as city centres across the country were left deserted at the weekend following pubs closing on Friday evening.

If people do not follow the rules police will have the powers to enforce them, including through fines and dispersing gatherings, Boris Johnson said in a televised statement from Downing Street.

Other premises including libraries, playgrounds and outdoor gyms, and places of worship must also close immediately.

Coronavirus: Getintothis coverage of the pandemic and its impact on the UK

The pandemic has seen many industries impacted, as further cancellations in music and the arts came today with the postponement of Supersonic Festival in Birmingham.

Liverpool City Council announced today the immediate closure of all 19 of the city’s public libraries.

It follows the announcement last week that Glastonbury would be postponed, whilst it has also been revealed today that the 2020 Olympics in Tokyo, due to take place in July, are to be pushed back to a later date.