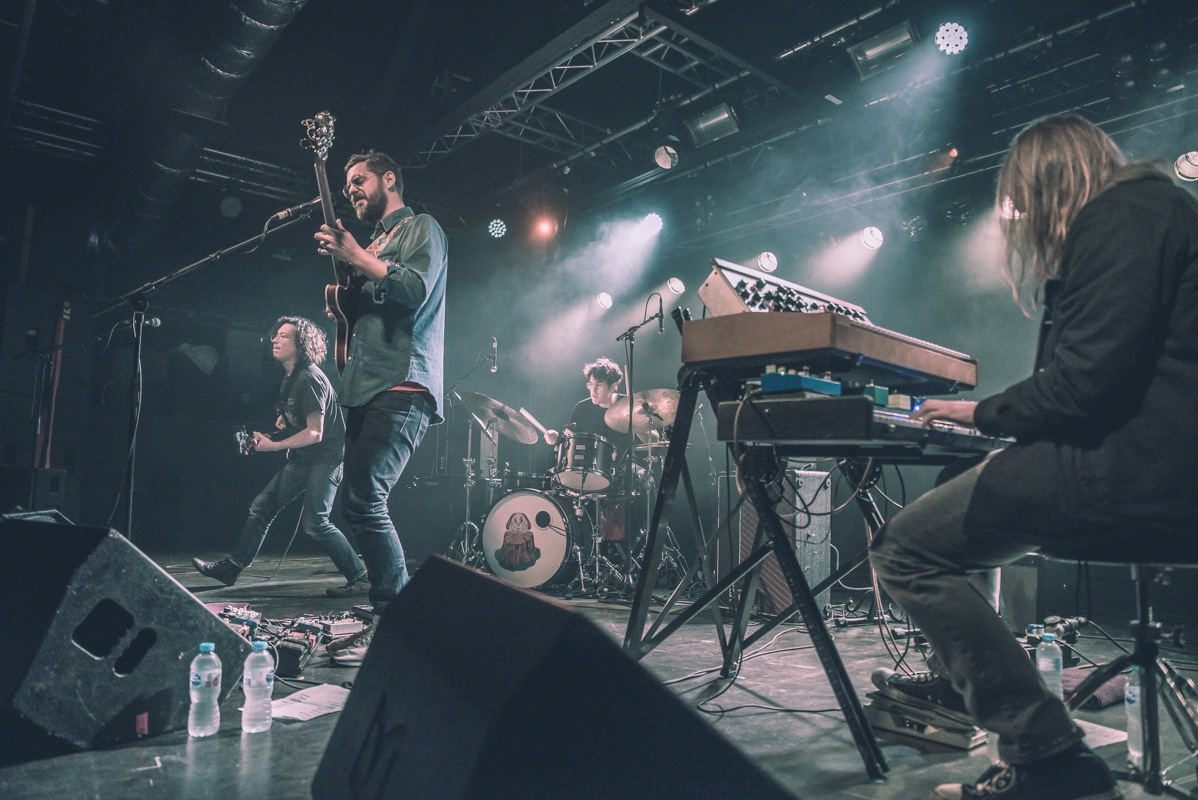 Texan rockers White Denim announce details for a brand new album to be released in mid-April, Getintothis’ Michael Maloney with the details.

Austin rock outfit, White Denim, has announced plans to write and record a brand new album in the space of 30 days while they ride out the coronavirus.

The band were due to hit the road for a tour across America before the coronavirus forced them to postpone their plans.

Rather than sit around kicking their heels the quartet decided to use their newly found spare time productively and jump back into the recording studio.

Posting a message on their Facebook page, White Denim told fans ‘[We’re] Making the most of this time off the road with a new recording project. In 30 days we’ll write, record, mix and master a new White Denim LP.’

They went on to further explain: “[The] Clock starts on Wednesday, March 18th.

“On April 17th we’ll send out downloads of the finished album (MP3, WAV, FLAC options), and drop it with our friends at Gold Rush Vinyl for a special one-week turnaround of lacquering, plating and pressing.”

Caribou’s new album Suddenly: “A sense of familiarity amid the chaos”

A further post revealed the album’s title to be World As A Waiting Room.

Since the clock began ticking on the production of the album the band has been providing fans with a series of updates via social media, including how they’ve been keeping the studio virus-free during recordings.

Making the most of this time off the road with a new recording project. In 30 days we’ll write, record, mix and master a new White Denim LP. Starting Monday, you can support the project by pre-ordering digital and physical versions from our US and UK online stores. pic.twitter.com/eJ28Lkx1H3

Thank you for the support on ‘World As A Waiting Room’! Today worked out how to minimize the # of ppl in the studio at once & what we could do at home. Collaborators from previous albums are in the mix too. This Fri we’ll send the first update to pre-orderers with photos & demos.

Reward your diligent sanitizing with an ice cold @rambleraustin. Day 2 of 'World As A Waiting Room' is underway! pic.twitter.com/oa1TmDVLSl

The band revealed that they’re following social distancing protocols by having the minimum amount of people in the studio at all times and they will also be doing what they can by joining the rest of us and working from home.