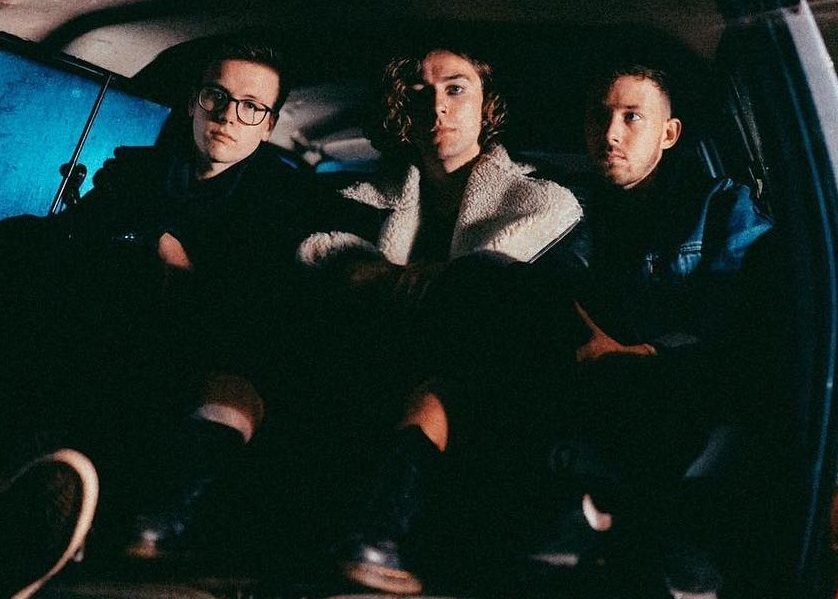 Krooked Tongue have our single of the week as Getintothis’ Matty Lear shares a batch of new tunes.

At a time when everything might seem inescapable, laden with worry and charged with alarm – it’s nice to get away.

Songs, and by extension singles, can be many things, but perhaps most importantly – most poignantly, they can be a means of escape.

New music, old music, stupid music, special music. Drink it all in, live on it, find comfort or an outlet in it. Find yourself or others in it. It can help. And in times like these it’s good to get involved in.

In fact, it’s better than good, it’s liberating, it’s powerful and joyous. So here is a ton of new stuff to help. The future is bright, believe it.

And so in this vain – ten bona fide belters to help inspire, distract or simply entertain you.

Take your pick and dig in. Voila.

Single Of The Week:

Following the release of their stormer of a single I Wanna Steal Your Car, Bristol-based riff-rock outfit Krooked Tongue are back with a fresh new effort.

Laced with sweet melody, this track goes equally as hard. With a stunning wall of a chorus, standing tall amongst tasty bouts of bass, dexterous guitar lines and impeccable percussion work, this song is a victory in every sense of the word.

Honing the delicate and mastering the heavy, this thing is full of flair. An absolute must listen.

Catch them at The Zanzibar on Friday 27th March. It would simply be rude not to.

Psychic Markers: Silence In The Room

In a pulsing scape decorated by shimmered synths, here repetition reigns supreme. What starts as unsettling, ultimately ends as comforting, in a existential journey of electronic notes and noises.

Psychic Marker’s man Steven Dove explicitly acknowledges his deep curiosity towards “human nature”, after being sucked into an active sandstorm during a US road trip.

If you want to know the effect of such an experience, I suppose this track is place to start.

Kamran Khan’s project Fake Laugh is back with another piece of hype and excitement worth the wait.

Exotic Bird is filled with an airy coolness, an armchair groove, a relaxing sense of funk. With pop sensibilities bubbling through, the Alabama Shakes style muted bass lines moves it to a light rockish places only for psychedelia to wash over and confuse.

A real mix of sounds here, fusing beautifully into one.

Taking from their upcoming debut EP These People, this track is something of jagged punk lifted by bright guitars.

With a proper earworm of a chorus, feelings of frustration are played out through the song. Singing of stress, the song reflects its topic – with the ebb and flow growls coming and going.

It is all makes sense here. Listen if you don’t believe me.

A glorious celebration of self-expression.

Liverpool’s own Seatbelts are back with another belter, inspiring confidence and championing uniqueness as they do so.

With shades of New York post-punk, this band combines it their own brand of pop and literary references making for a tight, snappy and intelligent track.

Catchy, full and joyous. Check it.

Ahead of his headline UK tour kicking off this April, bedroom pop pioneer Far Caspian has released a stunning new piece of blurry fast folk.

With a beginning that initially conjures downbeat lo-fi, Joel Johnston surprises as the track builds into something bigger and more accomplished.

Flooded with a chilled sense of nostalgia or longing, the tight beat so far forward in the mix pushes to feeling instead to the future.

A gorgeous piece psych-flecked thinking, it all reminds you think ahead despite the times. Keep pushing, keep moving.

Amazing stuff and certainly a one to see at Sound City.

Featuring on the soundtrack to a new documentary about the 2011 Japanese tsunami The Earth Asleep, Robin Richards (Dutch Uncles) has collaborated with members of Everything Everything and GoGo Penguin with a brand new tune Haga.

Inspired by a meeting with an Otsuchi resident called Masahiko Haga, this track attempts to document the happenings and subsequent grief.

This is jarring and comforting at the same time – confusing, but beautifully so. An accomplished nod to the human soul. Most definitely worth a listen.

Richard Norris remembers Andrew Weatherall: “As a laser sharp wit and raconteur he was unstoppable”

With fuzzy shoegaze guitar, Diana Gordon’s melodic guest harmonies and a breezy beat to back, Yves Tumor teases the upcoming release of Heaven To A Tortured Mind in the most brilliant fashion.

Already peppered with critical acclaim, do believe the hype.

This is a pop anthem and artist just waiting to inevitably take off.

This is fierce pop, with hard harsh drums and bold glittering synths underpinning massive statements of loss and longing.

Packed to its very capacity, this is a track manages to listen more than once, each time peeling back to something else underneath.

An intense bout of spectacular new pop music. There is a lot to be found here.

Stevens and his stepfather combine to magnificent ends here, with a searing soundscape and an emotional cacophony of biblical proportions.

Taken from the pair’s recently announced collaborative album Aporia out at the end of the month, this track is as great as it comes, yet born from humble beginnings. Stevens himself described as the process as:

“You know how it is with jamming: ninety percent of it is absolutely horrible, but if you’re just lucky enough, ten percent is magic. I just kept pulling out these little magical moments.”

And magic it is. Rich and drenched with connection, if there was a second-to-top track, this would certainly be it. Incredible.