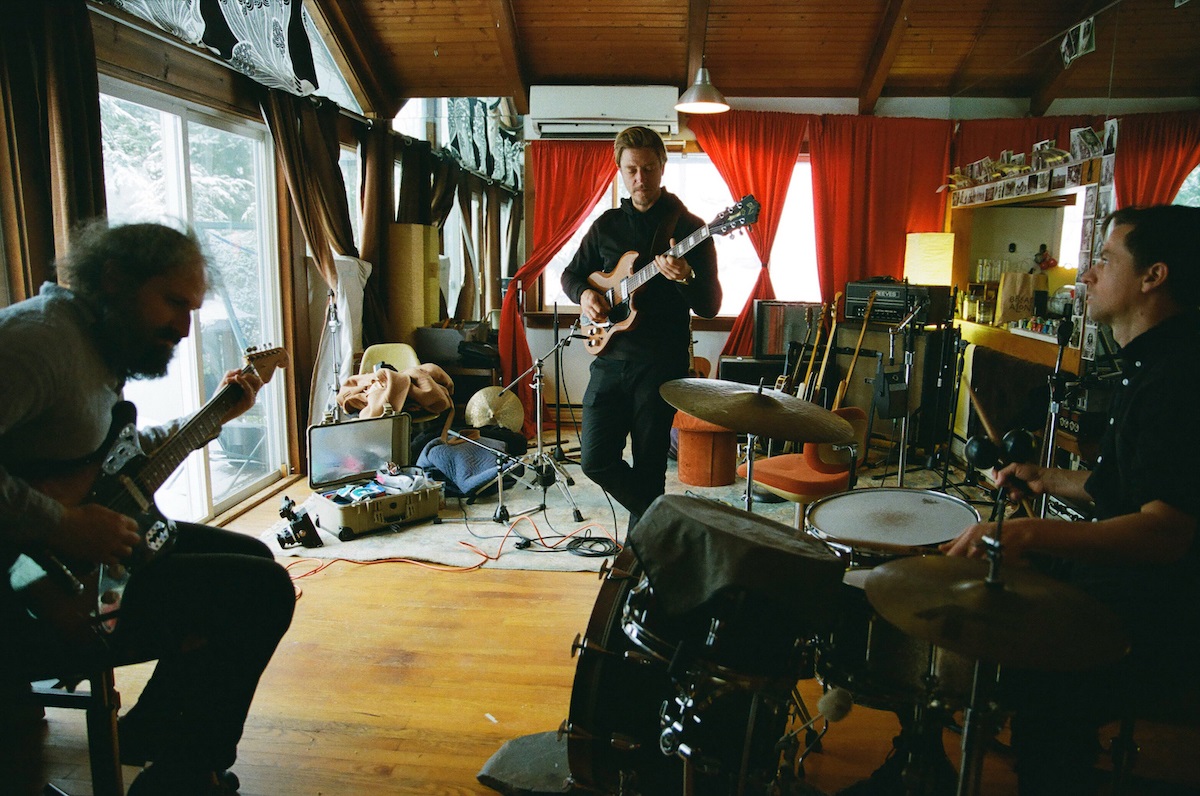 Muzz may not yet be a household name but the people involved are, Getintothis’ Steven Doherty unveils the mystery.

Muzz have announced the release of their first official single, Broken Tambourine, on Matador Records, which is available now to stream or download.

And although the band name may not be familiar, the people behind it most definitely will be.

It’s the new musical project of Paul Banks (Interpol), Josh Kaufman (one third of Bonny Light Horseman), and Matt Barrick (drummer with both Jonathan Fire*Eater and The Walkmen)

Broken Tambourine was recorded with something of an open door policy at a studio in Woodstock and the surrounding nature can be heard on the single.

The track was written, arranged and performed by all three members, who are no strangers to each other, having been recording as Muzz on and off since 2015, but going back even further.

Banks and Kaufman have been friends since their teenage years, having attended high school together overseas before separately moving to New York for further studies.

It was there that they independently crossed paths with Barrick and have collaborated on various projects since, Barrick drumming on Banks’ project with The RZA, Banks + Steelz, with Kaufman helping out on Banks’s early Julian Plenti solo venture.

While Broken Tambourine is the band’s first official single for Matador, it was preceded earlier this month when Muzz dropped another track, Bad Feeling, anonymously via Soundcloud.

There are also unconfirmed reports of an upcoming full-length album to follow, after the appearance of billboard posters in the US.