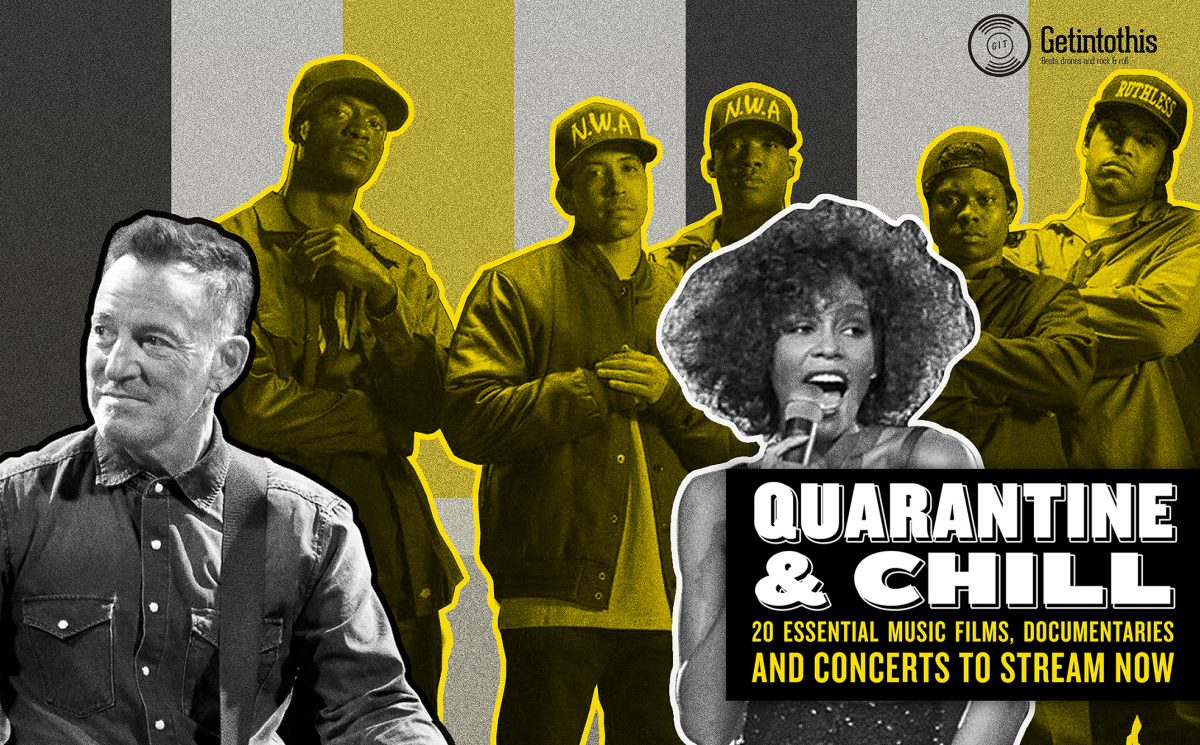 Quarantine and Chill: Part I

As the government enforced self-isolation rolls over into a second week, Getintothis contributors Banjo and Michael Maloney sit down and scroll the streaming platforms to find your next great watch.

So here we are. Week two of the government sanctioned lockdown.

By now you’ve probably already binged on all the series of Friends, watched Tiger King and you’re astonished by the larger than life character that is Joe Exotic, and now you’ve signed up to Disney+ and are currently blasting your way through The Mandalorian.

In between trying to work from home, educating your kids, Joe Wicks‘ morning workout routine (not John Wick – important difference!) and generally trying to keep your sanity, it can become exhausting just trying to find something decent to watch at the end of the day.

So many choices, so many platforms. It all gets too much.

That’s where Getintothis comes in. We’ve compiled a list of essential films, documentaries and TV series to help keep you sane during this period of self-isolation.

All of our choices can be found on one of the major streaming platforms so they can be viewed by the majority of people.

Our first list focuses on music, it’s our main passion here at Getintothis and it made perfect sense to have it as our starting point. Over the coming weeks we’ll shift focus towards documentaries, TV series and world cinema.

So without further ado, we present the 20 essential music films, documentaries and live concerts you can stream right now.

Blinded By The Light: Amazon Prime

Based on Sarfraz Manzoor‘s memoir Greetings from Bury Park, Blinded by the Light looks at a British Muslim and his love for Bruce Springsteen‘s lyrics and music. A coming of age story that contrasts two different people and two very different locations.

Acclaimed music video director Anton Corbijn takes the story of Ian Curtis and Joy Division to the big screen. Shot in black and white to create an atmosphere of impending catastrophe, we follow Joy Division‘s rise and the crumbling personal life of Curtis which ultimately results in tragedy.

A look at a week in the life of a folk singer in Greenwich Village. Written, produced and directed by the Coen Brothers. Davis is presented with many obstacles and traumas along the way and the film takes a darkly comic look at when an artist may be best advised to give up their dreams and face the real world.

This biopic on the life of Ray Charles bagged Jamie Foxx the Oscar for Best Actor. Following Charles from the incident that took his sight through to his struggles with drug addiction. Ray offers a no holds barred portrayal of one of the greatest musicians to grace the stage.

The story of NWA is one that, at times, seems stranger than fiction. Straight Outta Compton follows the rap group from their formation on the streets of Compton to their ugly break up with plenty of sex, drugs and rap music thrown in-between for good measure.

A look at Manchester’s fertile music scene, from Sex Pistols’ infamous and influential gig there in 1976 to the collapse of Factory Records, a journey that takes in the rises and falls of Joy Division, Happy Mondays and ‘Madchester’. Based on truth and rumour, 24 Hour Party People is an entertaining exercise in myth creation with a killer soundtrack.

Ron Howard‘s Beatles documentary focuses on the band’s time on the road from ’62 – ’66. Archival footage and new interviews from McCartney and Starr, as well as a host of celebrity fans including Elvis Costello and Malcolm Gladwell, makes for a compelling documentary that proves there’s still plenty more to discover when it comes to the Fab Four.

Jim Jarmusch and Iggy Pop joining forces for a documentary, what more do you need? Gimme Danger provides an in-depth look into the career of The Stooges from their foundation to their reunion. In Iggy Pop, you have a charismatic subject whose always going to provide you with entertainment.

An insight into the man and metal legend, Lemmy Kilmister. Following Lemmy around at home in LA as he whiles away the day at The Rainbow Bar and Grill and on tour with Motorhead, Lemmy shows why he’s adored by so many, even those who aren’t metal aficionados.

Archival and unseen footage of Miles Davis, one of the greatest jazz musicians. Birth of Cool provides an opportunity to explore the man behind the myth and shows there was more to his talent than just music.

This Netflix Originals documentary is more about The Troubles than it is about the music but its riveting none the less. The Miami Showband Massacre provides a microcosm of the trouble that beset Northern Ireland, as the band from the Republic who were adored both sides of the border were mercilessly murdered on their return from a gig. The documentary tries to find out who was involved and were they involved with the British state?

Music fan or not everyone knows the name, Quincy Jones. Quincy provides an intimate look at the man behind the cultural icon with plenty of celebrity appearances. You’ll see how Jones has shaped the musical landscape.

Supersonic follows Oasis and their meteoric rise from the Boardwalk rehearsal room to playing to over 250,000 people at Knebworth. Archival footage and interviews with Liam and Noel paint a picture of a rollercoaster ride across Europe and America as the band continually teetered on the edge of self-destruction just as world domination awaited them.

Whitney: Can I Be Me: Netflix

A portrait of a tortured artist, Nick Broomfield‘s documentary on the life of Whitney Houston is a cautionary tale. In Whitney: Can I Be Me we see how quickly the music industry machine can grip you in its clutches, throw in an abusive relationship and drugs and you have a recipe for disaster.

The Filth and the Fury: Amazon Prime

Julian Temple sets the record straight in a documentary that seems, in part, an apology for the dreadful mess that was The Great Rock n Roll Swindle. In The Filth and the Fury, he interviews the members of Sex Pistols sympathetically, letting them tell their story in their own way, away from the hyperbole of the media and the conscious attempts by others to rewrite their history.

Martin Scorsese and Bob Dylan team up here, along with a cast of pranksters in on the joke to create a semi-ficticious account of the monumental Rolling Thunder tour. The twist? We’re never told it is half-made up of completely fabricated stories. All of this of course just adds to Dylan‘s mystique.

Bob Dylan’s Rolling Thunder Revue: A jaw-dropping spectacle of art that exists on the borders of reality

The Other One: Netflix

Subtitled The Long Strange Trip of Bob Weir, this film looks at the life and music of the Grateful Dead‘s guitarist and singer and foil to main man Jerry Garcia. A peak into the inner workings of a band too often hidden behind a perpetual haze.

In the late 60s, Sixto Rodriguez recorded an album that all involved thought would propel him to stardom. It didn’t, and Rodriguez never made it. Unknown to him however, his music became a phenomenon in apartheid South Africa. 30 years later, two fans tried to track him down, Searching for Sugar Man is the emotional tale of what happened.

The final night of Justin Timberlake‘s 20/20 Experience World Tour shows off Timberlake for the charismatic and engaging stage performer that he is as he jumps, dances and boogies through his greatest hits.

A front-row seat to The Boss’ acclaimed Broadway show which ran for October 2017 to December 2018. There’s no camera gimmicks here, just Bruce Springsteen captured doing what he does best: singing and storytelling. Sit back and enjoy the show.