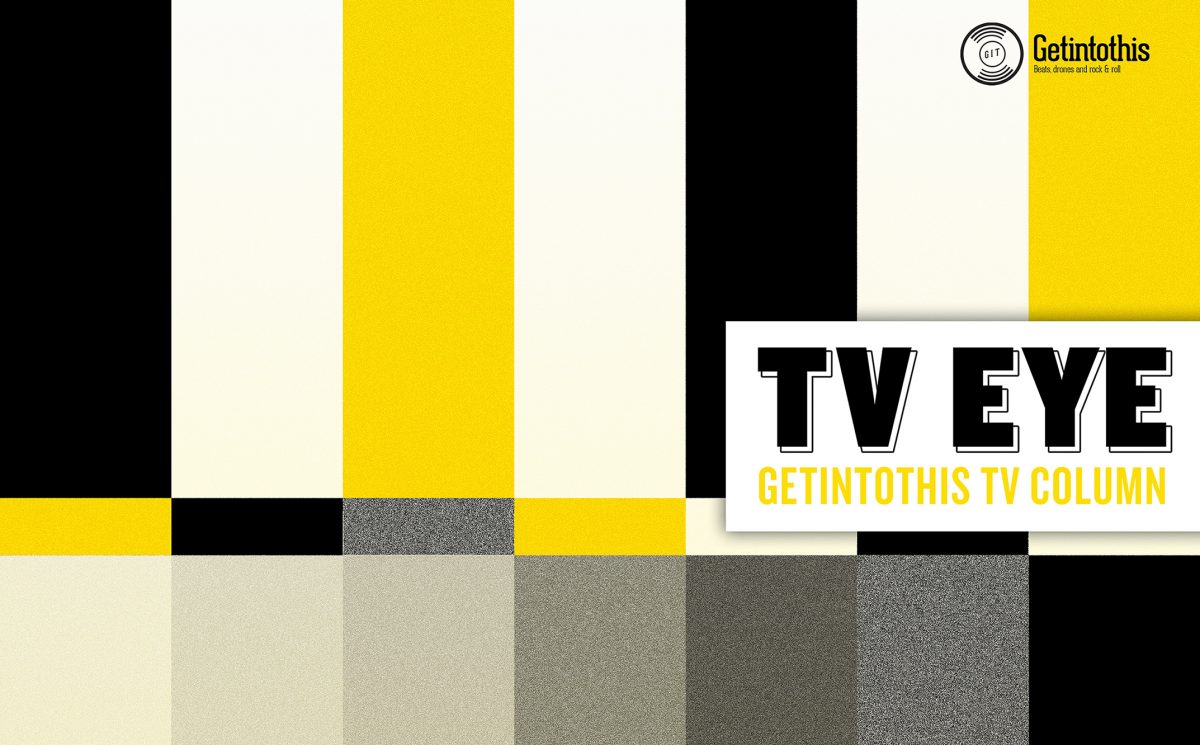 In this month’s TV column, Getintothis’ Roy Bayfield previews Disney+ and asks if it is one subscription streaming service too many.

On March 24, a thousand of “the world’s greatest stories” will be unleashed into UK tellyland when Disney+ launches – a mighty behemoth of entertainment.

But do we really need it?

Disney+ will be the latest streaming service to tout for subscriptions from the square-eyed populace. It arrives on the scene like a big, overfriendly uncle muscling in on a party that already has quite a few guests.

Netflix feels like it has been around forever, and a bit like ‘Hoover’ being a generic name for a ‘vacuum cleaner’ made by anyone, has become the word for an all-you-can-eat TV streaming service.

Netflix growth has slowed somewhat but it is still a major force with an extensive slate of drama, comedy and documentaries – and there are still people discovering Breaking Bad for the first time

Amazon Prime has other benefits such as slightly faster delivery of cardboard boxes to your home, and pumps out a lot of content including quality originals such as The Marvelous Mrs Maisel and Bosch.

NOW TV gives access to Sky on a modular basis, so you can choose, say, Sky Atlantic and Arts but leave the movies and sport – a good way to see watercooler shows like Watchmen and Westworld.

And there are streaming platforms to cater for more specialist interests, such as BFI Player (‘Critically acclaimed and classic movies’), Marquee TV (arts and culture), Docsville (documentaries), Britbox (British stuff that was once on the box).

Other forms of content are offered using the same model of ‘pay a subscription and dig in to more stuff than you can consume in a lifetime’ – magazines (Readly), books (Kindle Unlimited), audiobooks (Scribd) – basically all of culture can be accessed like a festival with wristband access.

Unsurprisingly people have started comparing the BBC license fee with a subscription – a flawed analogy, perhaps to be explored in a future column.

The subscription model has definite major benefits – volume and choice of content, mobility (paying customers get to download and watch on the go), freedom from ads.

Arguably streaming is becoming the default way of consuming TV – with watching free-to-air channels becoming a strange heritage pastime, like Morris dancing or bobbing for apples at Halloween (though it is comforting to know that the free channels are always there, should you want to see an old Law & Order episode in the small hours.)

But swimming in an infinite sea of content comes at a price.

Assuming one is doing this legally, all these subscriptions add up – before you know it a tidy sum will be leaching out of your bank account.

It is of course possible to box and cox, take out free trials, buy a sub for a month or so, download what you want and then cancel, blag any introductory offers – ninja tactics to avoid missing out on cool content while preserving your bank balance.

But that takes effort.

But many of us want telly to be an amenity like tapwater, turn it on and there it is – so setting up subs and forgetting about them is attractive, within reason.

All of which means audiences are having to choose which streaming platforms to invest in as you can’t have them all, which makes it a tough market to enter.

Nevertheless the orders have gone out from the cryogenically frozen head of Walt Disney: the Magic Kingdom is going to invade more territory in the streaming TV estate, and the UK is next.

So what is Disney+ offering to woo us? 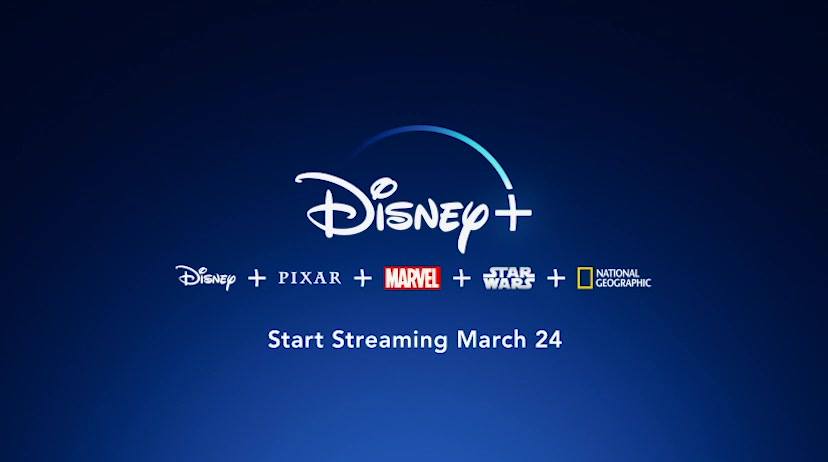 “Over 1000 movies, series, Originals and more from the 5 wonderful worlds of Disney+” says the marketing blurb: “the greatest stories, all in one place”.

Looking at the ‘5 wonderful worlds’ one by one, you’ve got:

Disney itself, the gigantic imaginary home of iconic dreams from the antics of Mickey Mouse to the emotional button-pushing of the Lion King.

Pixar, the computer animation studio bought by Disney in 2006 – another vast roster of kid-friendly  entertainment.

(Already it is clear that Disney+ will offer supreme ‘park your offspring in front of the gogglebox’ potential, making ‘hungover parents’ a key demographic.)

Marvel – a whole Universe of superhero-centred movies and shows, a major draw given the popularity of the franchise and potential for endless repeat viewings of Avengers: Endgame.

Star Wars – another supercharged universe with a huge legacy of material and more to come.

And the fifth world is National Geographic – which looks like a ‘worthy’ addition to the slate, one for the swots and nature lovers.

And that’s not all – in the past days teasers for a sixth world have emerged – Springfield USA. Yes, 600 episodes of The Simpsons will form part of the package – woohoo!

Undoubtedly an attractive offer, particularly as the Marvel and Star Wars content has been disappearing from other platforms – soon, it looks likely that only passport holders to ‘the happiest place on earth’ will be able to see them.

But it is new, original content that creates a real selling point for the major subscription channels, otherwise all you have is a modern version of a shelf full of DVDs.

Disney+ are fielding some intriguing shows and it is these that will determine how successful it is at UK market entry.

At this stage these are the ‘Never-before-seen movies, series, documentaries and more from the world’s greatest storytellers’ that we know Disney+ will offer:

The Star Wars franchise moves into live-action TV with a space western created by Jon Favreau.

This is where all those Baby Yoda memes originated from, but let’s not hold that against it.

Set after Return of the Jedi and before The Force Awakens, this sci-fi excursion has plenty of freedom to carve its own narrative niche in the series’ continuity.

Favreau has a great pedigree (Iron Man, Cowboys & Aliens, indie jewel Chef), the trailer is stylish and (even) fan reactions have been positive, so we await with interest.

And there’s more new Star Wars content on Disney+ in the form of the final outing of animated series The Clone Wars.

A troika of new Marvel shows will have MCU fans salivating.

A strength of the Marvel Universe framework is the variety of stories that can be told – already these range from the cosmic epics of the films to the gritty noir of Jessica Jones.

The Disney+ offerings look set to push the boundaries further.

The Falcon and the Winter Soldier continues from the end of Endgame, when Captain America’s shield was passed on to Sam ‘The Falcon’ Wilson.

This looks like an odd-couple buddy tale with Cap’s two erstwhile partners caught up in adventures.

This show will work, or not, based on the chemistry between the two characters and how deftly a relationship based on back and forth bickering is handled.

Loki – what can one say – it’s Tom Hiddleston as the God of Mischief, doing his thing throughout history – what’s not to like.

WandaVision looks really interesting, placing The Vision (Paul Bettany) and The Scarlet Witch (Elizabeth Olsen) inside what looks like a 1950s sitcom, complete with laughter track.

The new Marvel shows won’t be on Disney+ from day one though, so if that’s your main motivation for signing on, further into 2020 might be a better deal.

The World According to Jeff Goldblum

The National Geographic channel isn’t all herds of wildebeest sweeping across the plain.

The waiting-room-friendly magazine’s TV arm is also bringing us self-conscious offbeat travelogue The World According to Jeff Goldblum.

The subject matter sounds interesting, the sort of things we sometimes cover at Getintothis – ‘sneakers, denim, ice-cream, jewellery, tattoos’ – but based on the trailer you’ll need to love Jeff Goldblum a lot, almost as much as he does himself, to be able to enjoy the show.

Just think, there are 15-year-olds walking the streets who have never known a world without High School Musical.

And it never seems to stop.

One Day at Disney

Taking self-reverence pretty far, One Day at Disney is a documentary shot behind the scenes of all aspects of the Magic Kingdom, spread across 52 episodes.

We live in hope that at least one episode will feature Disney’s Dream Debased by The Fall synced to the soundtrack.

Add to that a live action Lady and the Tramp, a Pixar movie about a flying baby (Float) and a Marvel show about real-life kids being heroes (Hero Project) and you have the original content of initial Disney+ offer.

Overall what Disney+ offers has a wholesome feel, as befits the output of what is still ultimately a family-focussed company that includes ‘optimism and decency’ among its values.

For people with kids and teens it may be hard to resist.

As a potential replacement for Netflix and Amazon at first glance its range appears to be too one-noted, too focused on a handful of franchises – and just so damn nice.

In the ‘wonderful worlds’ of the Magic Kingdom everything is colourful, people keep bursting in to song, heroes win in the end, nature is fascinating and beautiful.

Which is why Disney+ will succeed.

Just as in the Great Depression and war years when Walt Disney’s films first became popular, audiences will want that escape into joy and certainty, even if it means yet another TV subscription.

However it plays out, we’ll be donning a pair of mouse ears on March 24 and diving in.