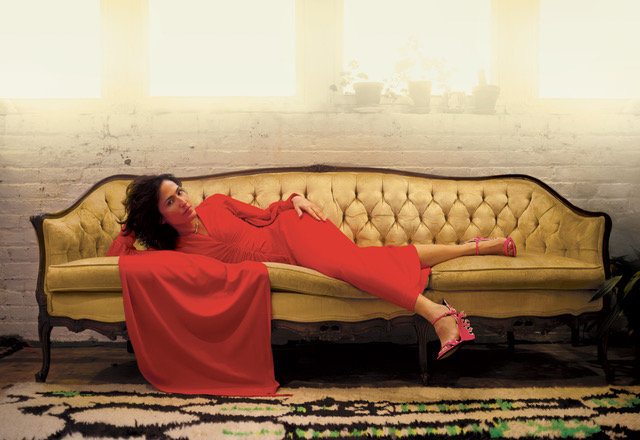 Joan As Police Woman, photo by David A. Fitschen

Joan As Police Woman is back with a brand new album that pays homage to an intriguing line-up of artists, Getintothis’ Michael Maloney has all the info.

Joan Wasser AKA Joan As Police Woman has revealed her brand new album, Cover Two, which follows on from last year’s retrospective Joanthology.

Cover Two, is due for release on 1 May and it will be the second covers album Wasser has recorded, following on from 2009’s Cover.

Cover Two features an eclectic mix of songs ranging from contemporary artists such as The Strokes and Cass McCombs to pop icons like Prince.

Tracks on Cover Two include Michael Macdonald’s Keep Forgetting, Outkast‘s Spread and On The Beach by Neil Young.

Speaking about the album Wasser said; ‘I began working on this second covers album ever since the release of the first one 11 years ago! I’ve been performing “Kiss” by Prince and my version of “Out of Time” by Blur throughout last year’s Joanthology Tour and finished Cover Two as soon as I returned home this winter’.

Talking about her process for how she reinterpreted each song Wasser explained; ‘I start with the question, ‘WHY, exactly, do I love this song?’  I take those elements and reform them, sometimes removing much of the remaining material to refocus them through new glasses. I re-harmonize the chords, radically change the feel, or shift the hook or the phrasing to rebuild the composition.’

Joan As Police Woman was due to undertake a slew of shows in support of the new album but due to the COVID-19 pandemic these dates have been postponed including a sold-out show at London’s Union Chapel.

Cover Two is the second covers project that Joan As Police Woman has been involved in this year after contributing to the charity album Songs for Australia covering Gotye‘s Heart’s A Mess.