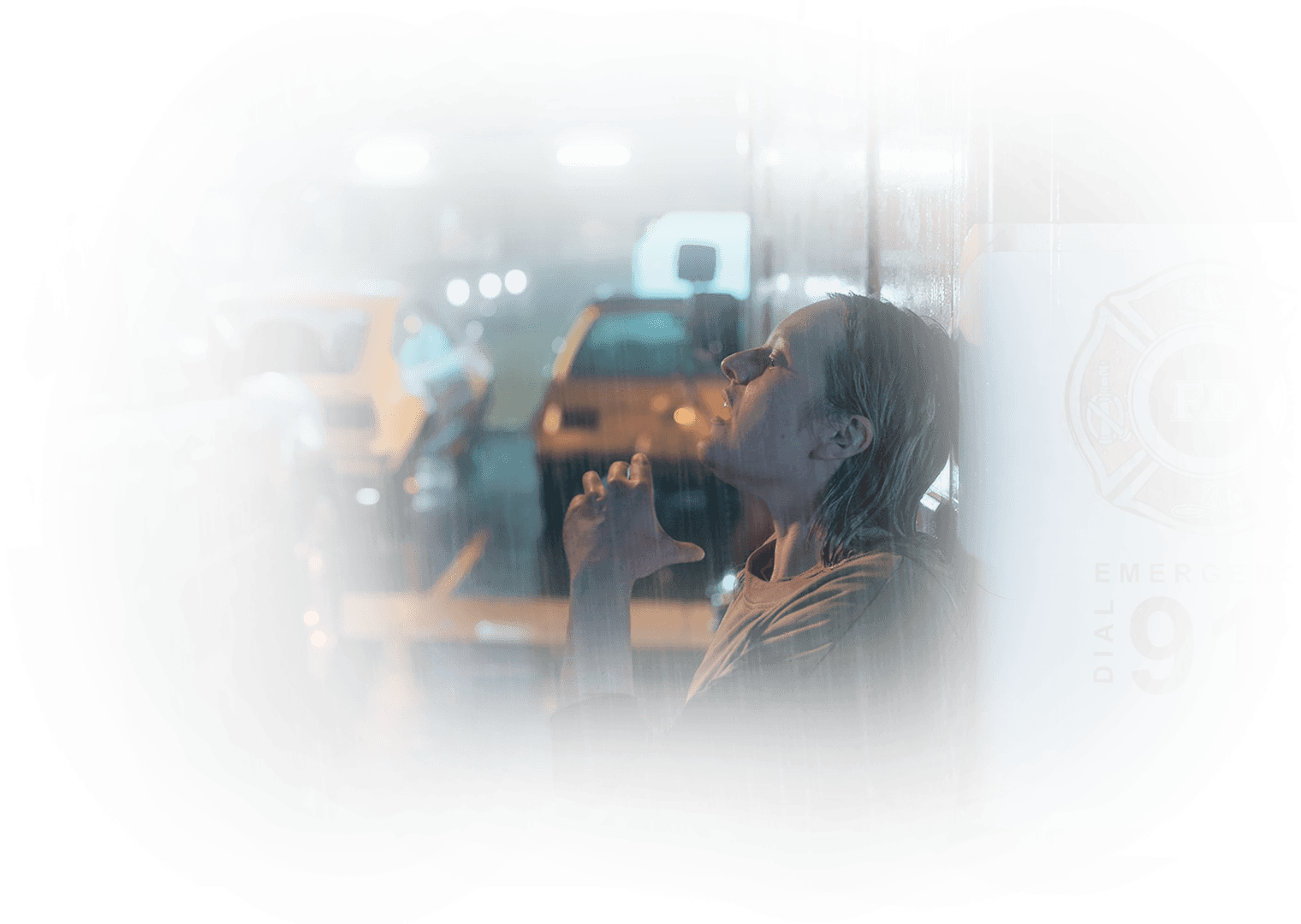 The Invisible Man gives Getintothis’ Guy Nolan a fresh look at the horror of abuse and control while all around are losing their minds.

Directed by Leigh Whannell, who has made many horror films such as Saw, Insidious and Upgrade.

He follows these with a remake / reimagine of a classic horror, The Invisible Man came as a surprise.

Like Upgrade, which we have watched several times and always found to be entertaining.

The characters are key, they have a more complex lives than the usual horror films. Viewers care for the characters, they’re not just avatars of a gruesome game. The people in these films are fleshed out and more realistic.

Unlike the most recent and terrible remakes of classic films, The Invisible Man is a fresh look into horror. Opening with the escape of Celia (Elizebeth Moss), as she quietly makes her way out of a modern mansion.

We are given an insight into a world of abuse and fear.  Without any words we can feel the fear of this moment through the character’s eyes.

As she leaves, we want to see her escape, willing her to move faster. In this opening scene the audience is let into what the film will become.

Given all the clues as to the abusive nature of this couple’s lives and how the the movie will lead from here on in.

It is at this point you really understand the attention this film wants you to focus on.

The character development is all about how Celia will be judged throughout this film. From her abuser husband to how the people around her will view her mental state.

This develops the film into a true classic horror, unlike the slash and gore we are use to seeing. It is the psychological horror that we, the viewer are witnessing. Celia’s husband is found dead, looking like he had committed suicide. Celia appears to be finally free.

This is where the horror begins, at first we witness what looks like ghostly happenings, the slow moving of objects or the misplacement of things.

Like the L shape room, you feel that we are watching the decline of a woman into mental sickness. The people around her believe she has become ill, this is played so very well and it is until she is finally attacked that we really realise she is still the victim, controlled by her ever present predator.

Whilst the world around her thinks she has had a mental break from reality.

Leaving her broken and placed into a secure mental hospital.

This is where the action ramps up and the truth of what is happening to her begins to be seen by the rest of the world.

The film is a well made, character driven play and a pleasure to watch.

Unlike most horror films we know who the protagonist is from the beginning, but their story is a minor part of a greater story of how abuse and control can destroy a person and in escaping how their abuse can continue.

For me this film was able to keep my view whilst dealing with a difficult subject matter of abuse and not take away the entertainment of a true horror.

A well scripted and acted movie that does not belittle its subject matter all the while still be entertaining the audience.

Mind, the mental health charity.  We won’t give up until everyone experiencing a mental health problem gets both support and respect.

The Samaritans.  We’re waiting for your call.  Whatever you’re going through, a Samaritan will face it with you. We’re here 24 hours a day, 365 days a year.