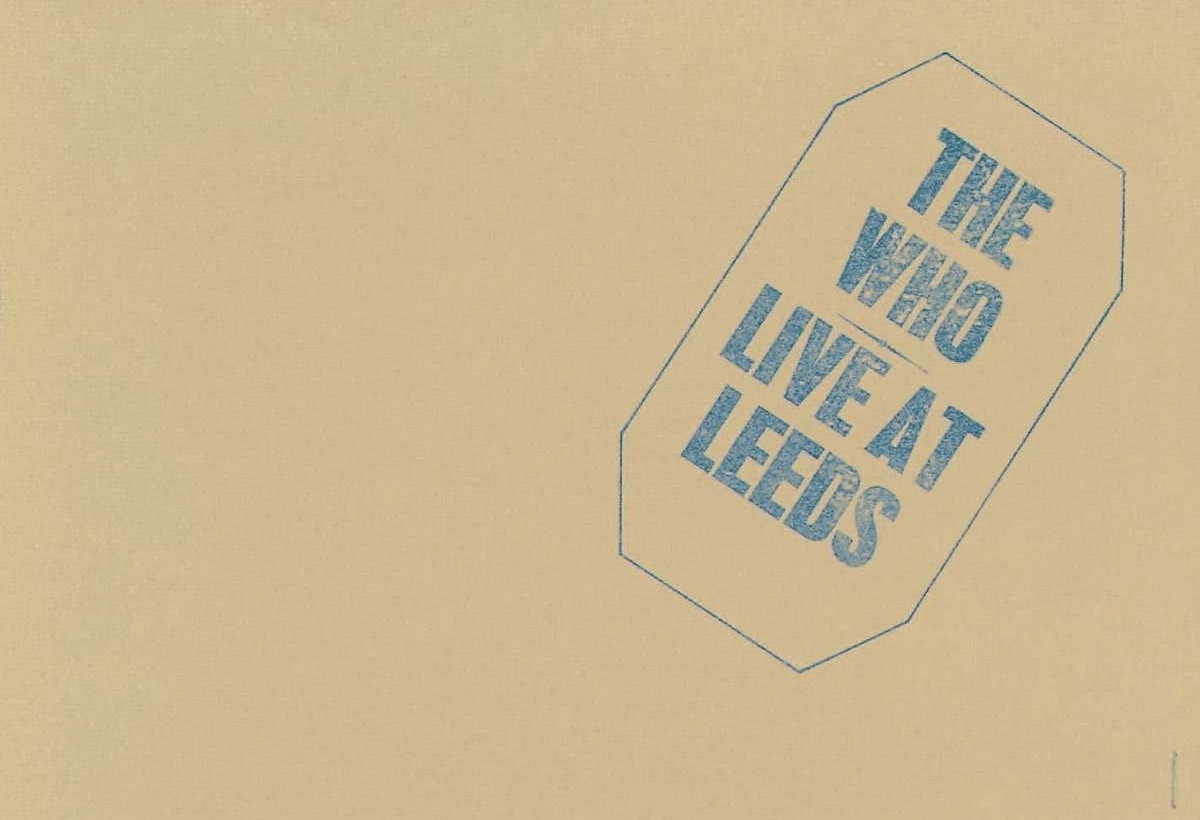 The Who’s classic album, Live At Leeds turns 50 this year, Getintothis’ Peter Goodbody looks back at a game changer.

Heavy rock was banned at our school.

Even though the sanction for having a whiff of patchouli oil about your person was usually a three day suspension, the kids with long hair and flares were not much deterred.

Teenage years are, after all designed for rebelling.

Our particular leaning as a teenager was punk, and we did once get hauled up before the head teacher for having had our hair cut too short.

Which seemed an odd offence in the days when the rock kids were often told to go home and get theirs cut before coming back.

But that was the weird world in which we grew up. Well, we thought it was weird at the time. We know better, now.

We couldn’t really see what difference it made what kind of music people listened to. We weren’t really arsed if you wanted to smell like a hippy dope shop. Call us naive.

We weren’t into tribes, we just dug music and tight jeans.

That’s probably what got us beaten up in Liverpool one Saturday afternoon simply because of what we were wearing. Happy days. 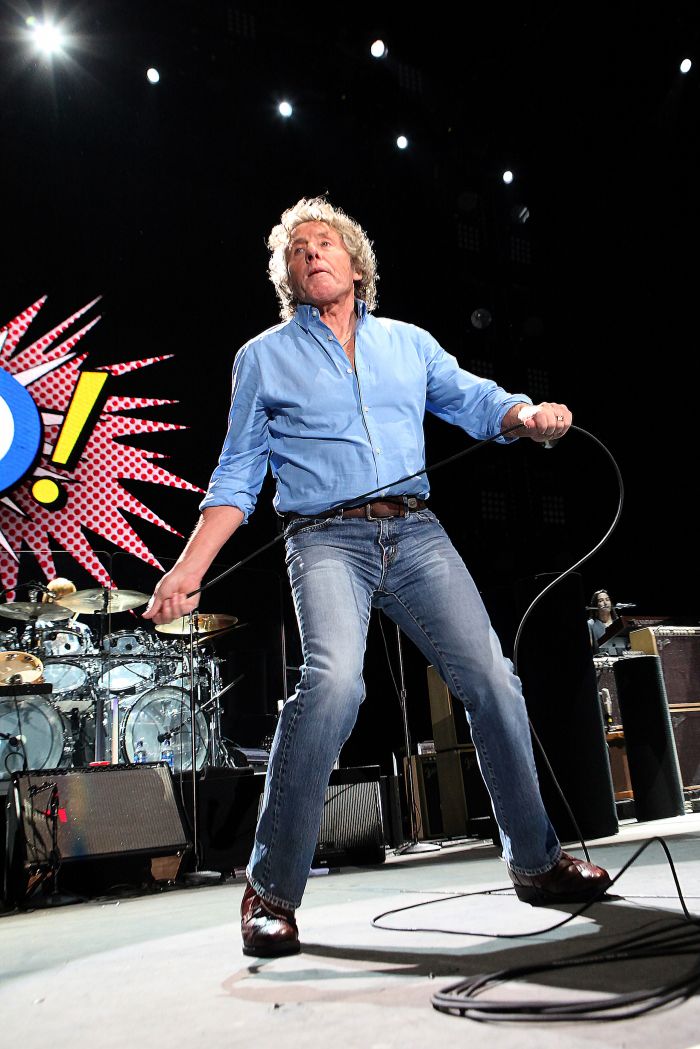 The Who, of course inhabited a similar, if somewhat, earlier age.

Quadrophenia is the musical equivalent of a peace time war film, with the mods and rockers all converging on Brighton beach for the battle. It’s a film that still works today.

Yes, we know, Sting plays a significant part. But he does do it pretty well – let’s give him that. And early Police were a decent band, but we digress.

We’re also fully aware that The Who would not be everybody’s idea of “heavy rock”. They weren’t exactly Judas Priest or Black Sabbath or Deep Purple.

If our then head teacher had come across Neurosis or Godeater, then we think his head would have literally exploded.

Such was his hatred for rock, most of it merited the “heavy” moniker and a swift descent into hell for anyone who even dared even to think of putting a needle on an Ian Gillan album.

We raise all this because it’s not entirely clear where The Who fit into the landscape.

Rock? Mods? Dad rock? Who cares, really. They were a damn fine band.

And we’re here to talk about an album that many commentators have said is the best live album ever recorded. That’s an intriguing take.

We don’t think it is.

We reckon Thin Lizzy’s Live and Dangerous or the The Ramones’ It’s Alive take that particular Gold and Silver.

But, there’s no doubt, Live At Leeds is up there. It probably gets on the podium.

And one of the main reasons for that is the 15-minute version of what is ostensibly My Generation, but in reality is a medley of that song, with added extracts from the Tommy album. 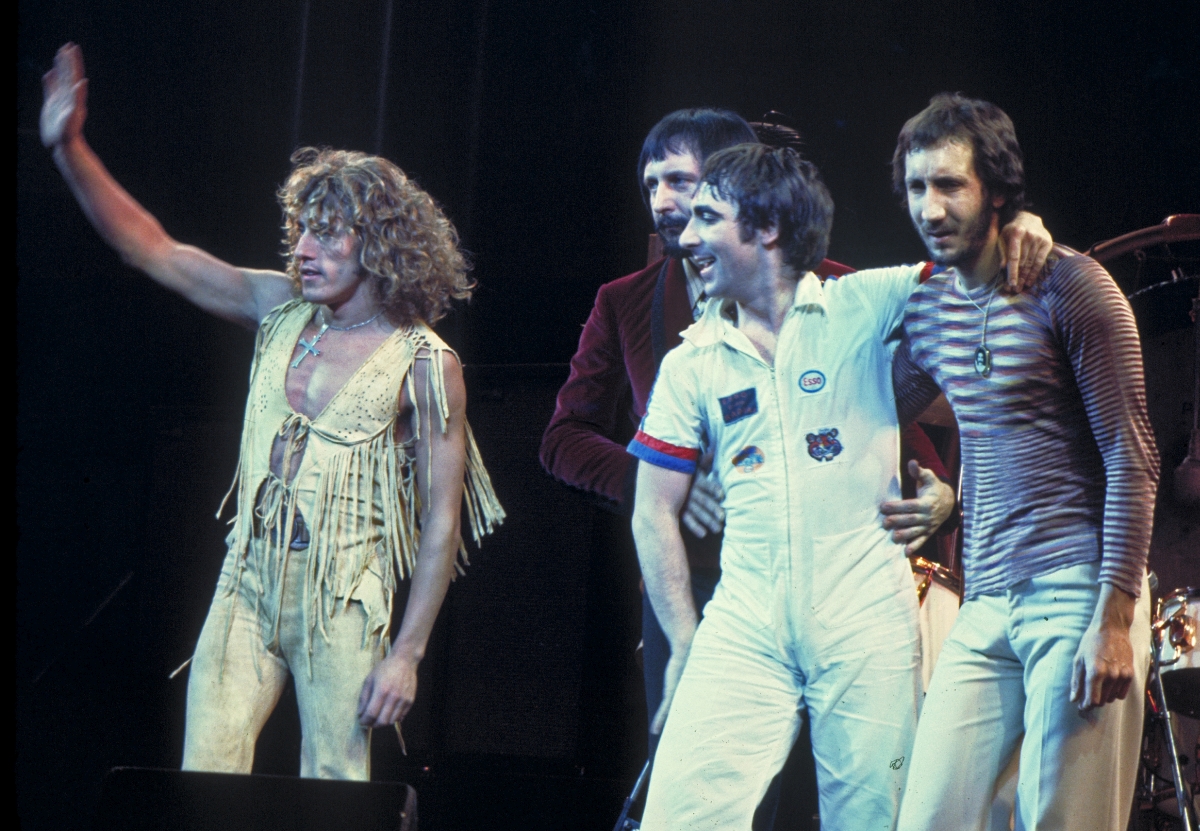 It soars and dives with power and grace; it almost becomes a parody of the whole Tommy album.

But it’s superb. A better way to spend a quarter of an hour is difficult to discern. Go run a bath and light some candles, pour the wine and revel in this masterpiece.

The album bows out with Magic Bus. The crowd cheers and the cowbells kick off the jam.

There’s a classy funk to this one, but Roger Daltrey doesn’t really do subtle as he screams and hollers his way through the bargaining process of actually buying a Magic Bus – £100 or £95 – and giving his harmonica a proper work out. It’s a superb song to finish a live gig.

The Who – Top Ten

But let’s start at the beginning.

The Who were getting a reputation as a fearsome live band and they felt a live album was the natural next step.

A number of US gigs were recorded, but the band didn’t really like what they heard afterwards and apparently ditched all of the tapes.

Tommy was regarded as the band’s “art moment”, but they felt their gigs, with Keith Moon being crazy on drums, Pete Townshend doing his whirly arm thing and Roger Daltrey’s incredibly powerful voice deserved equal recognition. A fair point.

Having returned from the US with the tapes the band didn’t like, they booked two gigs to have another crack at the live album idea.

There was one in Leeds on February 14, 1970 and another in Hull the following night.

Something went wrong with the tapes from the Hull gig, so the album became Live At Leeds. Which is probably a better title than Live at Hull and Leeds.

Although the Leeds gig ran to 33 songs and came in at more than two hours, the original Live at Leeds record had just six songs and bowed out at less than 40 minutes.

It did, however include that epic 15-minute My Generation as well as a pretty perfect version of Substitute as track two.

Perhaps, oddly, three of the songs chosen for the album were covers, including Summertime Blues and Shakin All Over.

It seems, from where we’re sitting that made for a decent listening experience, but we also know The Who had better material.

Nevertheless, the album was lauded with high praise.

The Who’s teenage wasteland – the story of Who’s Next

Inevitably, perhaps there have been re-releases and bonus track versions.

The one most people will probably have today is the 14 track version from 1995.

This is a definite improvement on the original as the middle section comprises the magnificent trio, not only of Substitute, but also Happy Jack and I’m A Boy all played one after the other.

Looking back, it does seem strange all three didn’t make the original in place of the covers.

In 2014 a recording of the full gig appeared on iTunes – all 33 songs and two hours plus of Daltrey and co.

If we’re honest that was probably overkill and proves less is more.

The full hit does feel a bit messy in places and Daltrey does ramble on a bit between some of the numbers. To release the whole gig was probably a mistake.

Some of the Getintothis heads were debating live albums on WhatsApp the other day.

They divide opinion, with some saying they pretty much swerve live albums altogether, preferring the studio output of any given band.

However, there is no doubt, Live At Leeds, at least in abbreviated form caught The Who at the height of their powers.

And it set the bar at a high level for anyone who attempted to follow suit.