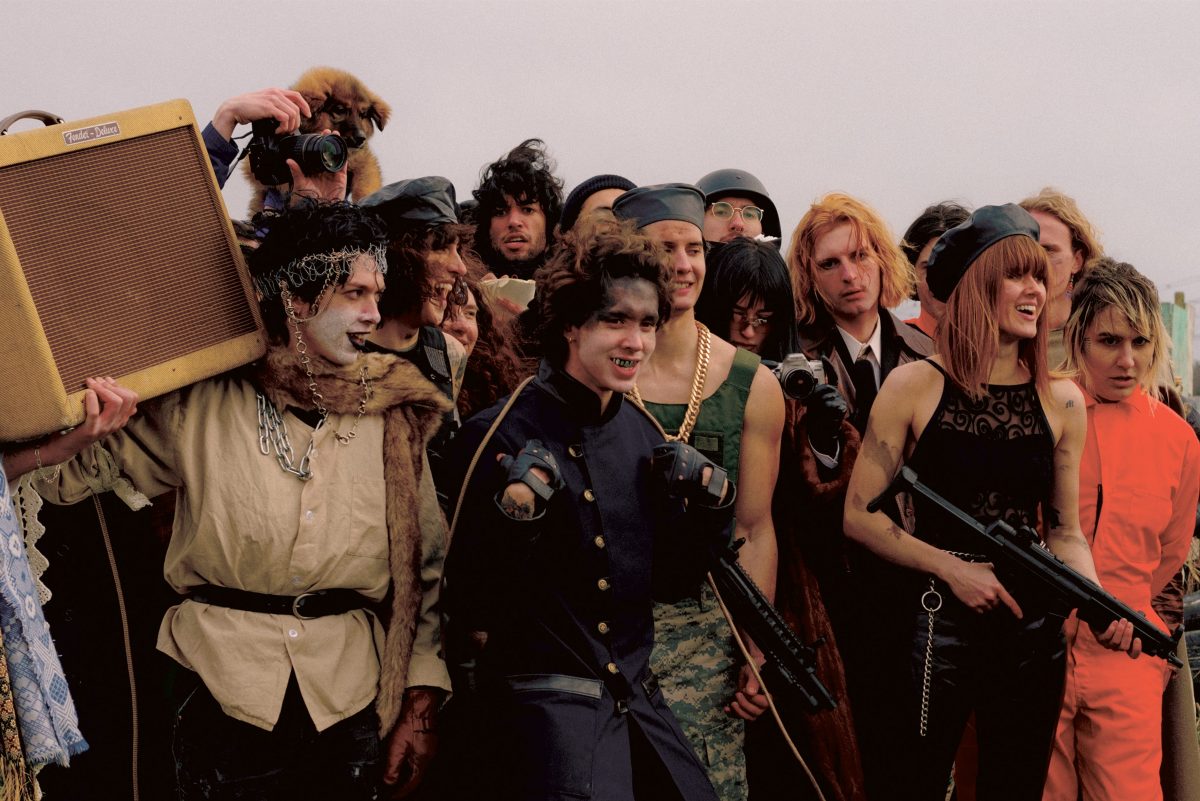 Vancouver-based art collective Crack Cloud have announced the release of their debut album and Getintothis’ Matthew Eland reports with the details.

Crack Cloud have stepped into the breach following the cancellation of Tokyo 2020 with their own variant on the summer games, the Pain Olympics.

The record follows on from their 2018 EPs Crack Cloud and Anchoring Point, and their superlative 2019 Shipping Forecast gig.

The new video for lead single Ouster Stew gives us a good idea of what to expect from the record.

The track itself is a scratchy, twitchy funk freak-out with a complimentary drum solo.

They’ll be supporting the release with a November 24 date at Manchester’s White Hotel, current situation permitting, (otherwise, we’ll probably be in a skirmish not dissimilar to that displayed in the video).

Indeed, Pain Olympics may just have a whiff of the zeitgeist about it.

With nods to post-truth and Vancouver’s opiate crisis, the group certainly take an interest in contemporary issues, their scatter-gun approach to stylistic influences also echoes the modern dictum of unlimited content, all the time.

All this being said, the group’s message is ultimately a hopeful one, that acknowledging ‘pain as the condition and affirmation of human life is the first step towards enlightenment.’

With many of us trapped between a haunted past and an uncertain future, Crack Cloud could be just the crew to get us through this.