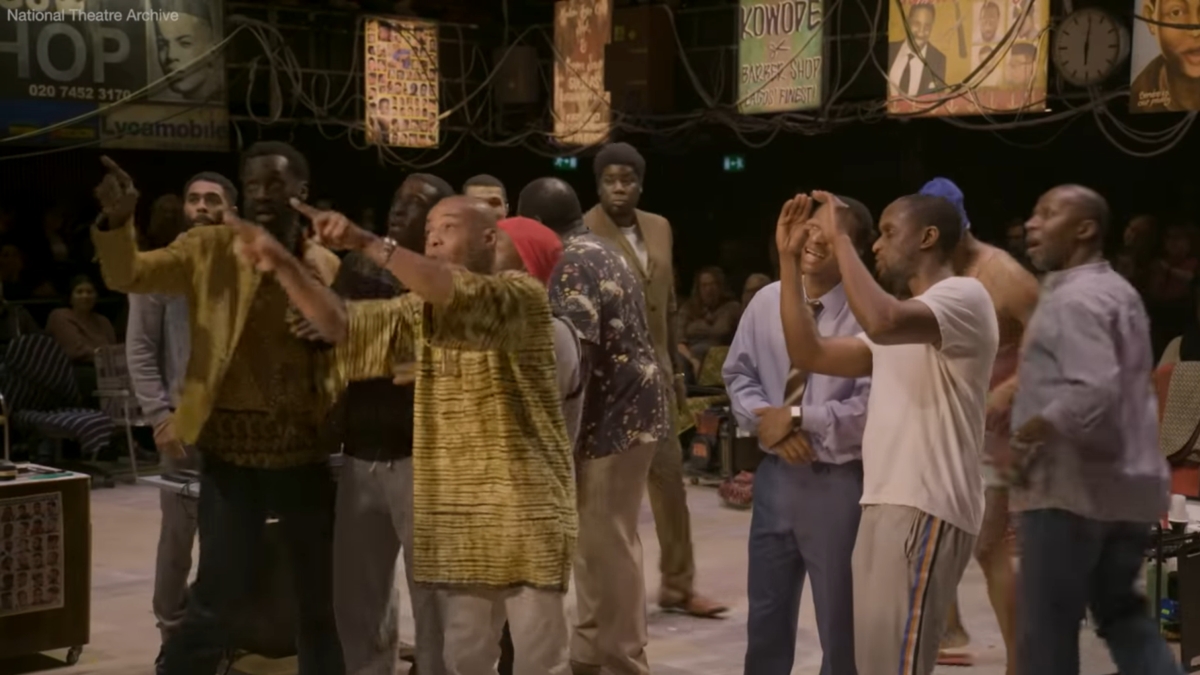 With gigs out of the window for the foreseeable future, Getintothis’ Peter Goodbody sorts through the streaming alternatives.

The clichés have all been trotted out many times already, so we’ll try and avoid them with a view to getting you to the stuff you can enjoy from the comfort of your couch this week.

There’s a selection of music, theatre and cultural-based suggestions, so there’s something that’ll no doubt grab your attention.

We have varied offerings in this, the first of a suggestion of streams you can watch from your couch. There is much you can still watch and engage with during the lockdown. So, here you go.

So, let’s cut the fluff and get right to the important bits. 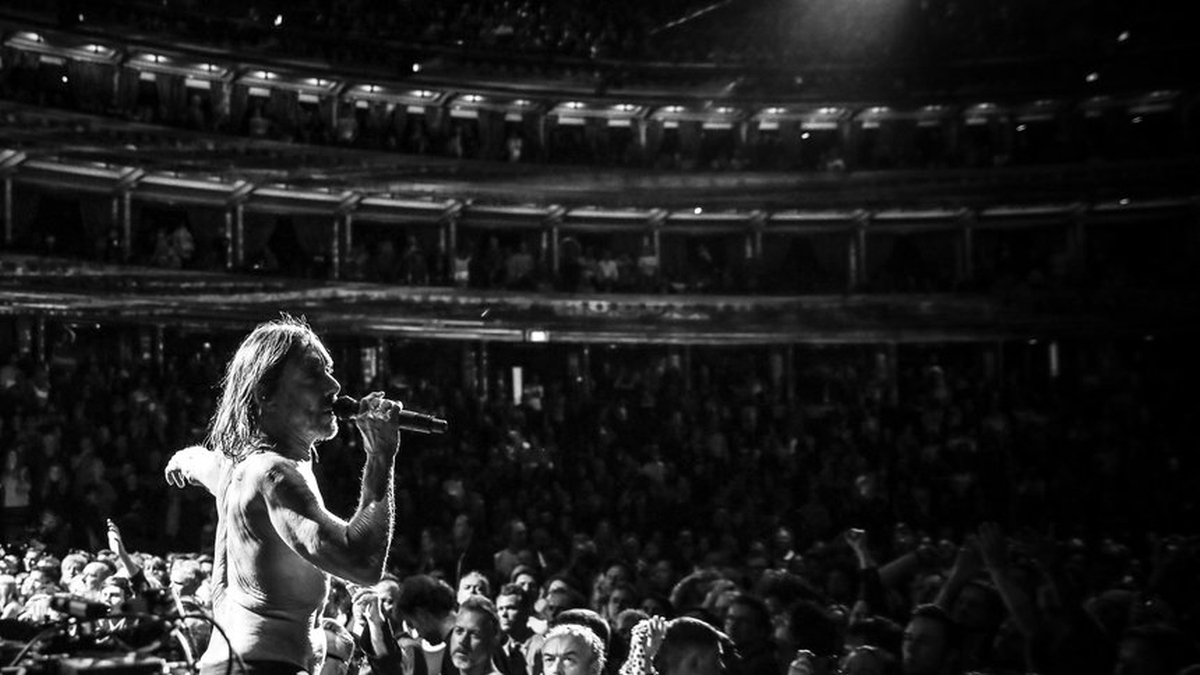 This was described by Iggy as “the performance of his life“. A bold claim that may just be true. Available to watch now on YouTube.

The National Theatre is streaming shows each week on Thursdays. It’s latest release is Barber Shop Chronicles,  Inua Ellams’ smash-hit play about the places where banter can be barbed, and the truth always is telling.

Directed by Olivier award-winning director Bijan Sheibani, this heart-warming, hilarious and insightful new play leaps from a barber shop in Peckham to Johannesburg, Harare, Kampala, Lagos and Accra over the course of a single day. 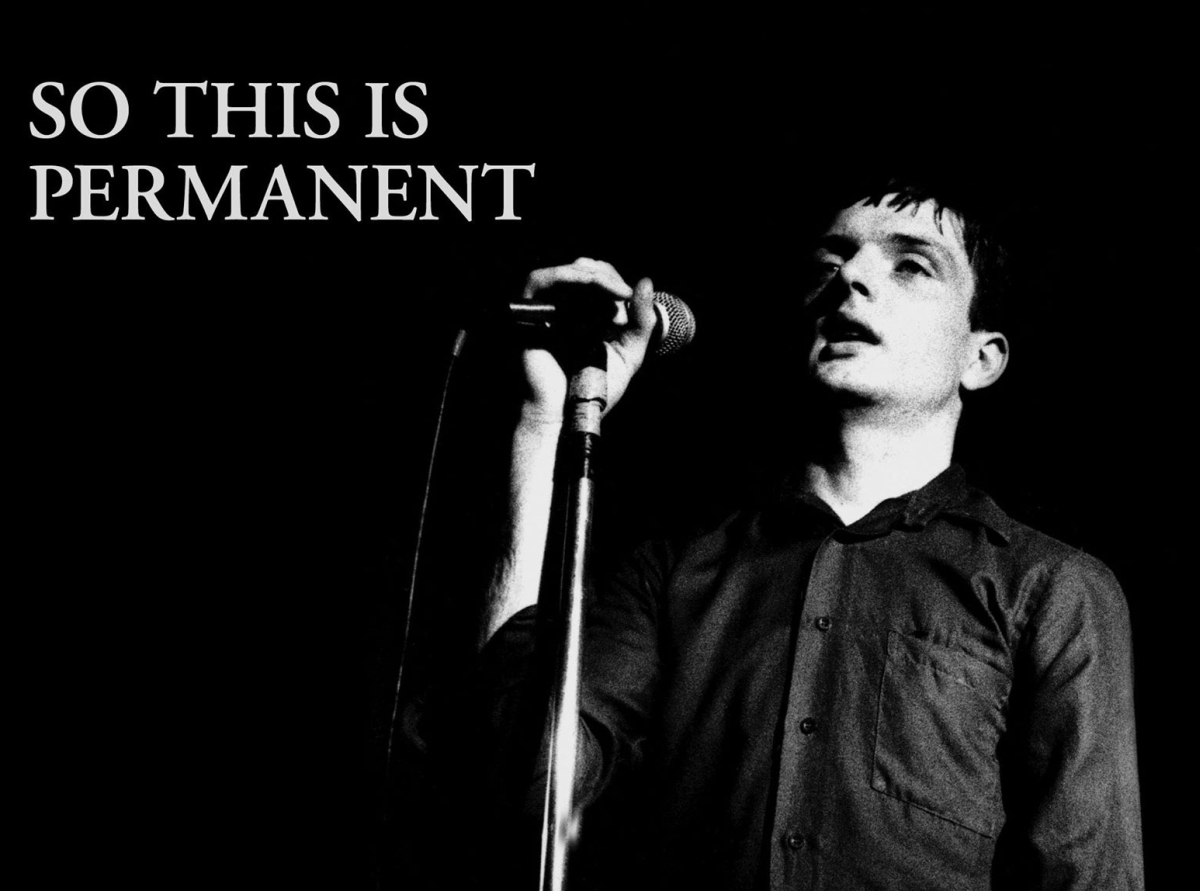 So This Is Permanent

Peter Hook & The Light: So This is Permanent

The original Christ Church concert sold out in less than 20 seconds and was limited to merely 500 tickets. Although clips of three tracks were released, the entire concert has never previously been broadcast so it counts as a true premiere.

Debuting online across Joy Division’s & The Light’s Youtube and Facebook channels at 12 noon BST Monday 18th May, the concert film will remain online for 24 hours until noon the following day. 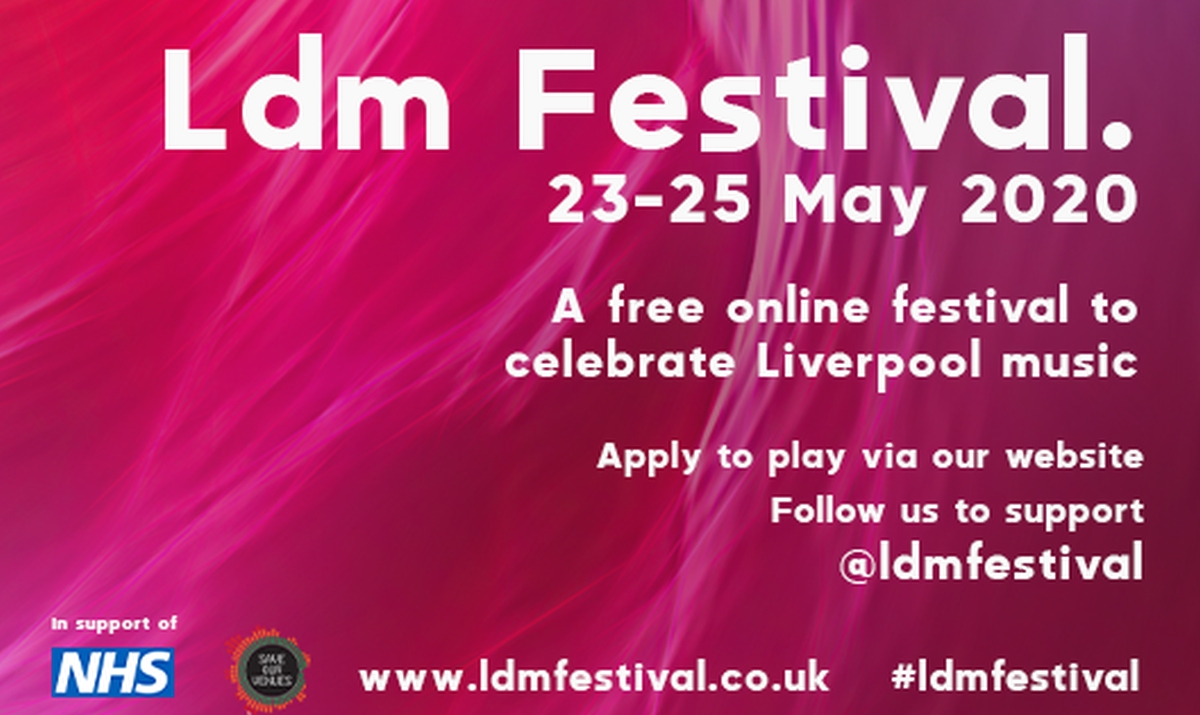 An all-digital online festival celebrating Liverpool music across three days, in support of local NHS hospitals and Save Our Venues.

In response to the effect of Covid-19 on the Liverpool music scene, the festival offers a platform for artists with a Liverpool connection to unite, access new audiences, and raise money for Liverpool NHS hospitals and grassroot music venues.

With artists streaming from their own homes, the festival connects them, whilst maintaining social distancing. It runs from May 23 – 25.

Keep up to date with LDM Festival here. 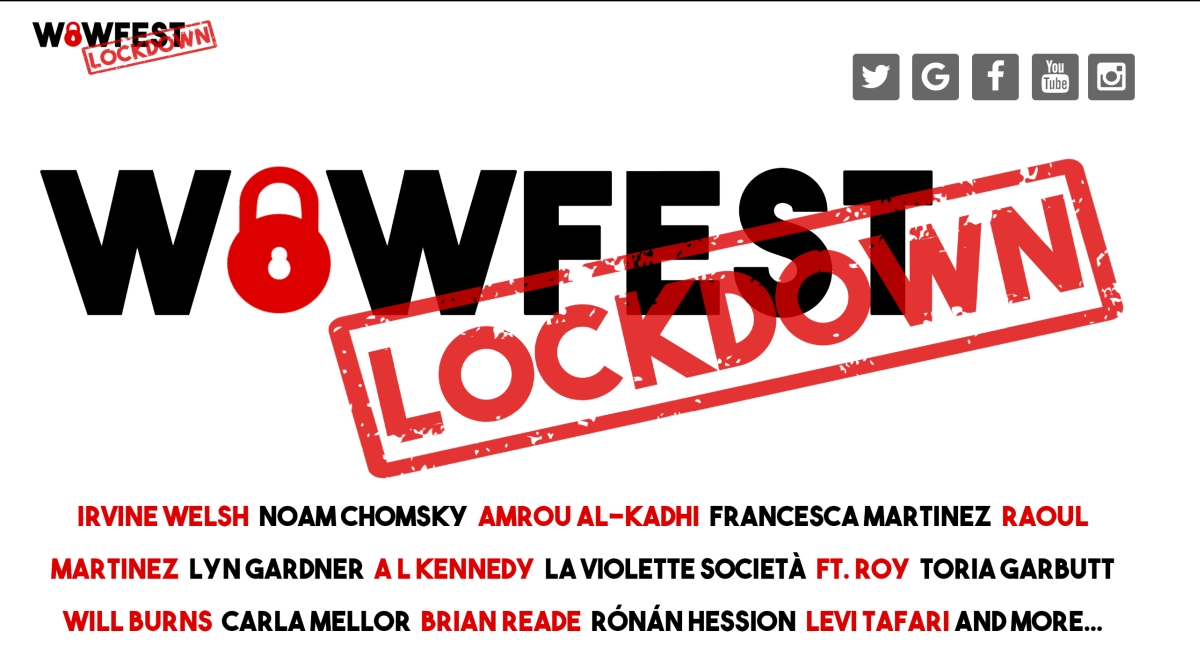 This one started a couple of weeks ago, but still has until May 31 to run. There is a myriad of events to explore, including Unicorn: Memoir Of A Muslim Drag Queen on May 28 and Jeremy Corbyn – A Call To The Arts on May 31.

But go and dive in, there are events suitable for all ages.

Catch up with WOWFest here. 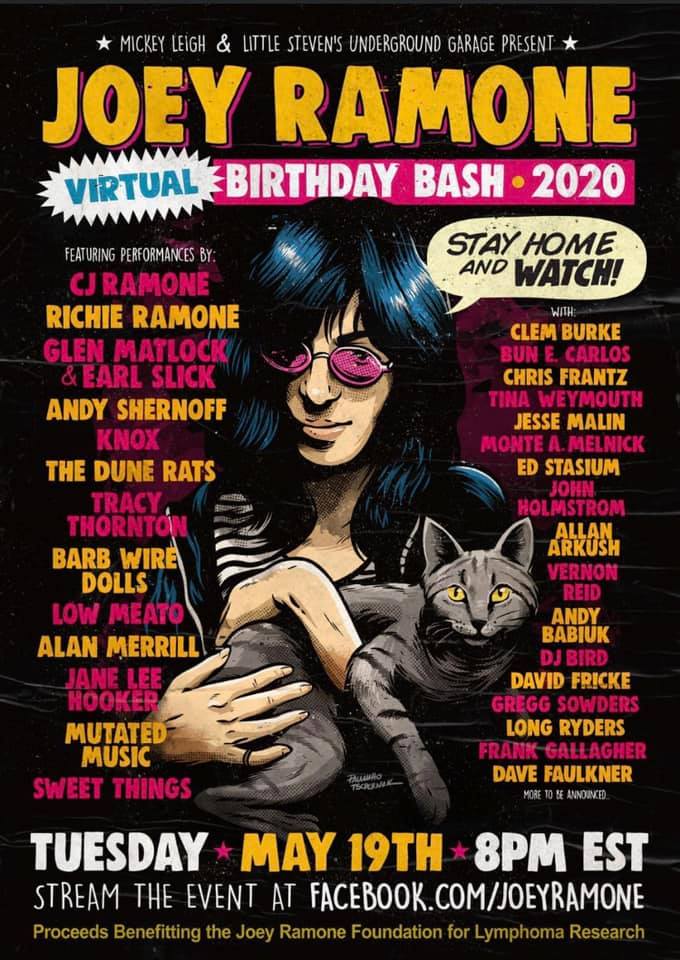 Here’s one for all the old punks amongst us.

Just come back here on May 19 @ 8PM EST (that’s 1am on May 20 for the Brits) and we’ll all celebrate the birth, life, and music of Joey Ramone together! (donations to the Joey Ramone Foundation for Lymphoma Research will be optional and greatly appreciated). 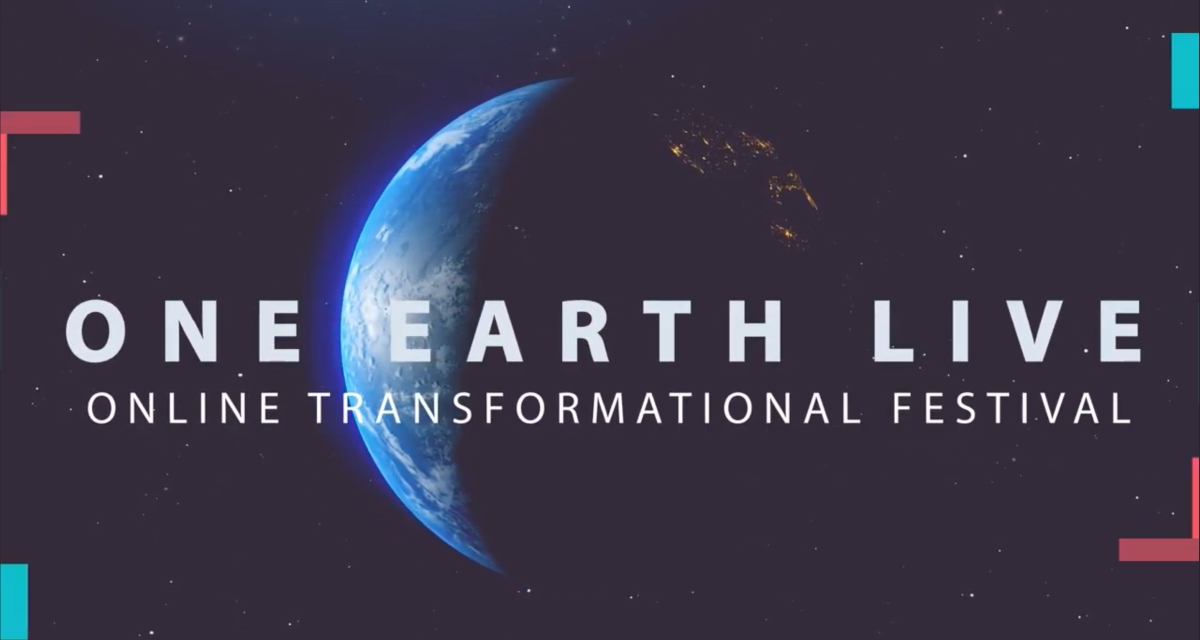 One Earth Live: One Earth

A massive undertaking, descried as an Online Transformational Festival, running May 23 and 24 and with 9 “stages” on offer, there’s plenty here to dip in and out of.

There’s the Global Unity Stage, the Sacred Music / Yoga stage and the Visionary Speakers stage, amongst others.

It is described as a collaborative response to our time, celebrating global unity. Immerse yourself in a 2-day celebration of music and uplifting content, designed to inspire, engage and open the heart.

The event is free, but charity donations are invited.